What is the one book Canadians need to read now? Three notable Canadians—Candy Palmater, Chantal Kreviazuk and Measha Bruggergosman—defend the title they think should win. Check out our interview with the three panellists. 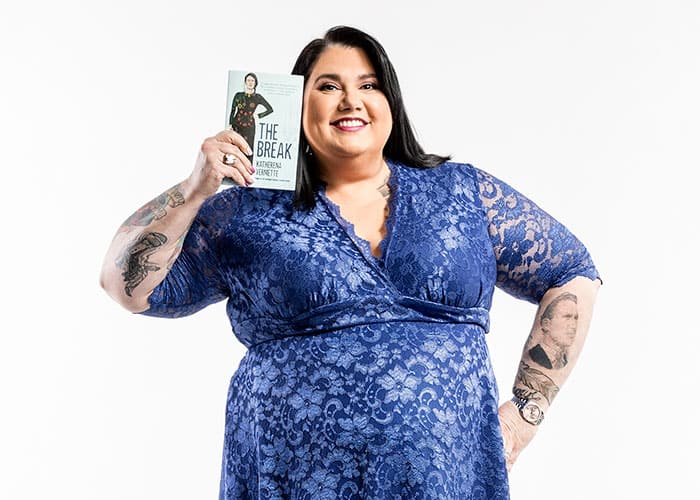 Canadian Living: Why is it important to celebrate and highlight Canadian literature?

Candy Palmater: I've been a voracious reader my entire life. My love of reading started with my mom who found Trixie Belden for me. I know a lot of kids liked Nancy Drew but she was a rich kid from the city and Trixie was a tough country girl and I just fell in love. And I read the classics. I was stunned when I realized in my early 20s that I'd never read a book by an Indigenous person. And that's where my love of Canadian writing started—it started at Indigenous stories. I went to the Dalhousie Centennial Library and asked for Margaret Atwood and thought I'd be an adult. As soon as read Atwood I felt I was a w-o-m-a-n. I was in my early teens when I read the Handmaid's Tale and I think I was a little too young. It was pretty intense. I wasn't sexually active yet so it freaked me out.

CL: How did you find this book?

CP: I received about 35 books in a box. As I was shuffling through I saw a cover with this dress on an obviously indigenous woman and put it on my nightstand. Once I started reading it I went down the rabbit hole, and Canada Reads got in touch with me as I finished. I knew I had the book. And once they told me, I knew it was The Break.

CL: Can you tell us a little about The Break?

CP: It opens up in north-end Winnipeg, it's a freezing cold winter night and a woman is home alone in public housing with her baby while her husband is at work. She looks out the window on the break, a big snowy field and sees a horrific crime. And she has to decide if she's going to call the police and she does. And from there it just goes. What makes it so unique is that in the end not only do you know all these women who are intertwined with the victim but also with the perpetrator. When you understand the backstory of the perpetrator, there is no good people or bad people. They've all been hurt by colonization and what it's created in terms of living as Indigenous people in 2017 Canada. From the cop to the women related to crime.

CL: Why should this book win?

CP: I think there is urgency. It's our 150th but for me it's 10,000 years, but what I will celebrate is a marriage that's not perfect. I think this book will help people reflect on this very thing. And on this year that we're celebrating 150, now's the time to think about that and this is the book that might gently help you by looking at the lives of these women. And there's no more urgent time than now.

CL: What is going to be your strategy?

CP: I've read all five books, but I'm going to keep coming back to this book and the theme. It's not which is the best book but which meets the theme—what's the book Canadians need to read? 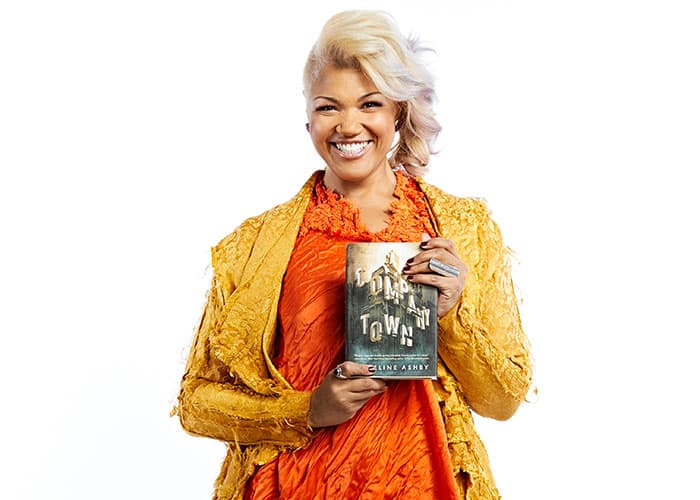 Canadian Living: Why is it important to celebrate and highlight Canadian literature?

Measha Brueggergosman: Having lived abroad, I know that people appreciate the aesthetic of Canadian literature. I happen to have done a minor in the Canadian short story when I was at the University of Toronto. I understand the richness of what our country's literature offers. And, you know, it's nice when I'm sitting at the opera in, let's say Dresden, and I'm at a cafe and somebody's reading Margaret Atwood translated into German. Or I was in Australia in January and happened to see somebody reading André Alexis's Fifteen Dogs. It makes me feel incredibly proud to be Canadian, and my first response to that is always, Oh that's Canadian! I think it's important that we understand within our own borders that Canadian literature is a commodity that is absolutely exported internationally and deserves to be celebrated at home as well.

CL: Can you tell us a little about Company Town?

MB: I had been planning to read this book ever since I heard Madeline talk with Shelagh Rogers on The Next Chapter, which is one of my favourite shows. And I was like, “Who is this woman, and why is she so hip, and what is a future consultant and how can I become one?” And so, I pulled over and tweeted "Fangirling hard for Madeline Ashby." Because she has a resolute approach to how she approaches what could be. And I think that's probably a characteristic that is very desirable in a science fiction writer. Company Town is incredibly imaginative. And I'm thinking: What head is this coming from? I think I've seen every single Star Trek episode and film, and all of Star Wars, and I know that doesn't make you a hardcore, underground science fiction fan. I've never really read science fiction. She was the first author where I thought: Labels be damned, this woman has a unique voice, and I want to read it! So, when the opportunity came to represent her on Canada Reads, I thought: Can you say nothing happens by accident? I was just thrilled to have been asked. The last time I was here I was defending someone on Canada Reads, she went on to win the Nobel Prize for literature. So, I feel like I can really pick ‘em! And I have a similar fangirl vibe for Madeline as I do for Alice [Munro].

CL: Why do you feel Company Town should win?

MB: This book will win Canada Reads because it touches on so many aspects of what it means to be Canadian. Throughout the book, we're privy to many cultural potentialities that Madeline Ashby theorizes in her dream of what our future could be. The fact that this sci-fi novel takes place in Newfoundland is also incredibly original. And the many layers that exist within the world that has inevitably formed itself in this future that Madeline has created is incredibly hopeful. She started out as an historian, and I can imagine that having studied so much history makes you think about what the future could be. Because you know what our past has wrought, essentially. And if you have free rein to consider a future that has all the potential that we have as a Canadian society, if you can imagine that future, write it out and have it be infused with realism despite its fantastical qualities, I think that's just really good writing and I think that makes it essential reading for every Canadian. Whether we're talking about the First Nations' component or the French-Canadian component or the racial component or class divide. The authenticity of the protagonist serves to highlight just how easy it is to go down the rabbit hole of self-absorption. And there are a lot of cautionary tales in the book about characters who have lost their way. But it's a sociopolitical issue that we need—as a society—as a Canadian society to nip it in the bud. And that's why this is the book that all Canadians should read.

CL: Who is your favourite Canadian author? Why?

MB: It's always a toss-up between people like Heather O'Neill and Lisa Moore and André Alexis and Thomas King. But then it's also all about the classics. Can we outdo Margaret Atwood and Alice Munro? I'm about to go and sing in Westminster Abbey and there are a tremendous number of literary figures whose final resting places are there, and I am confident that if we had a Westminster Abbey, however many thousand years from now, our authors would be there. Because they are the mirror of our society, and the thing that remains of any society is its authors, composers and culture. And I feel like we have our classics among us, and I'm very proud of our country for championing them while they are with us, because we have a culture that can support its artists. Yes, we could be doing better, but let's face it, the Giller Prize and Canada Reads are two major events on the Canadian calendar, and I am very proud of us for that, and very happy to be so involved in both.

CL: What strategy will you use during the competition?

MB: Listen, my approach is to kill them with kindness. It does no good to attack because all the books are so good. So, it won't be a merit-based strategy, but what I like about Madeline Ashby's view of the future is that it considers where we currently are instead of completely separating us from our current reality. Making it not just fantasy, but one could dream of a future where we could be better, but also being much worse—and I think you should consider both scenarios. And I don't know that the other books offer that possibility to dream. This book is both hopeful and bleak and the same time, which you should have, given that that's what we currently have. Madeline has talked about how utopia is always dystopia for some people—you can't have one without the other. This book reflects that truth because we have the potential for real good and the potential for real evil, and both are realized in Company Town. 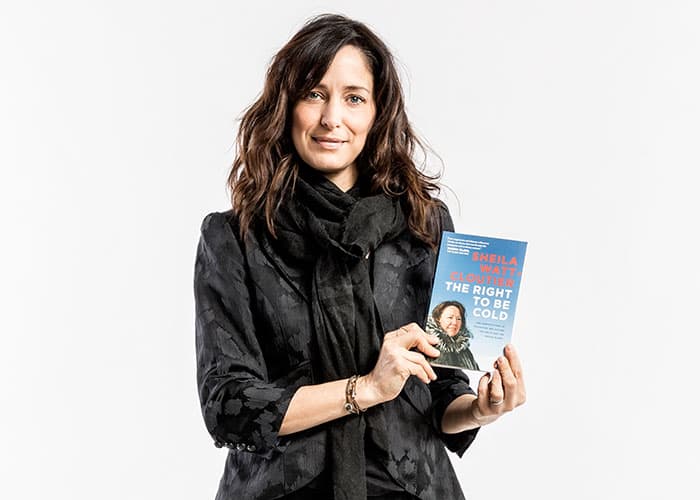 Canadian Living: Why did you choose the book, The Right To Be Cold?

Chantal Kreviazuk: I'm an avid reader and I live in a place of urgency. I'm passionate about science and finding the best way to move the planet and species forward in a positive light. To me, the path to our native people leads to the direct source to nature and healing. This book spoke to me the most. The book's theme included the perfect trifecta: climate, culture and humanity. If we can understand this wise, old culture and bring it back to a more pristine place and restore and respect it, then we have a new path. I'm Metis and European so I‘m at conflict with myself—I want to celebrate myself and kill myself at the same time. I want to get back to a place of knowing that they were right and fold that correctness into our day-to-day choices.

CL: Why should people read the book?

CK: Everybody needs to read this book so that we as a country can find community and continue in our Canadian tradition of being a role model to the world. It's not political. There's a page in the book that inspires me the most, where the author highlights Canada's personality and ours is one of goodwill and diplomacy. People look to us to see what we're doing on issue including, mental health, military and climate. It's urgent we read the book.

CL: How did you find the book?

CK: Canada Reads gave me options and I brought options. It was difficult to choose especially when it came to Aboriginal issues because there were several books that touched on this reconciliation and acknowledgment and this is highly important to me now. But this book ended up winning because I'm addicted to science and solutions, and it married both pieces.

CL: What's should this book win?

CK: There's an urgency right now to act. Never has it been more important to get our s**t together as a nation. Never have we been in a position of accountability and responsibility more than right now. If we don't read this book, then we're actively saying we don't want to be part of the solution and that's not the side of history I want to sit on.

CL: Who is your favourite Canadian author?