Taking a break from their Montreal restaurants Garde Manger and Le Bremner, Chuck Hughes and Danny Smiles set off in a fully-loaded RV across Canada to celebrate the country's 150th anniversary. In Chuck & Danny’s Road Trip, which premieres Friday, March 3, the duo visits local chefs, farmers and producers, as they unearth exciting new flavours to showcase the diversity of Canadian food — with a fresh soundtrack featuring all-Canadian music and lots of laughs along the way.

The fun-loving chefs stopped by the Canadian Living Test Kitchen to chat about becoming re-inspired, weird Canadian ingredients like crickets and box crab, and how they believe that there is so much left for food-lovers to discover here at home. 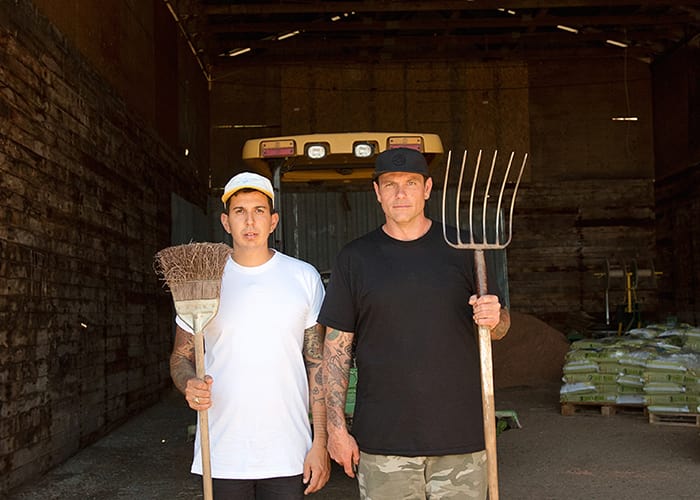 Chuck: I think it’s definitely a mix of both. I think the most important part of the show is that we were really inspired by each place we went. I travel a lot and people always ask me, “What is Canadian food?” and I always struggle to define it because it’s such an open-ended question. Every region has different things to offer and that was the beauty of this trip. We knew what Canada has to offer but we don’t always get to go to salt spring island to catch fish or go out with farmers and forage for stuff. It was a learning experience and got us really close to our ingredients. The show is really honest and people will see that. Each different region inspired us so there is 101 with a little 2.0. There are things people will expect, like a lobster bake in P.E.I. but the way we do the lobster bake is a little bit different.

Q: Did you find a big difference between East Coast and West Coast cooking?

Danny: There’s a big difference between Victoria and Salt Spring Island and they’re maybe 100 kilometres apart! And that's the best part! Canadian cooking is so regional because of ingredients, so it’s way different when you go out east, or even here in Ontario.

Danny: Oh yeah, right off the back of a pickup truck in the Rouge Valley at Willowtree Farm. Right with the farmer and his son!

Chuck: Being there with the farmer gives you so much more respect for these amazing ingredients. I didn’t realize how exotic Canada really is. We both went “wow” and this show really shows off every region.

Danny: And of course there are only six episodes, so there is way more to explore in future seasons!

Q: This year everyone is talking about iconic Canadian foods like Nanaimo bars and P.E.I. mussels. What are some of the Canadian foods you think are iconic and belong on that list?

Danny: Cheese curds have to be on that list! And seaweed.

Chuck: Yeah seaweed is one of those things, you’ve had it in Japanese food and we’ve served it at the restaurant, but out West we actually harvested the bullhead seaweed. Bullhead kelp that’s like a 100-foot-long tube that looks like a hose. I was skeptical, but if you grill it with a little chili and a little olive oil, super simple, it tastes exactly like an olive and it turns this beautiful bright green colour! In terms of iconic, well, it’s everywhere in B.C. People think of seaweed and they think of Japan, but there are a lot of these things that are here that we don’t really use.

Q: So this show is really about educating Canadians about these unknown products that are unique and produced all over the country?

Danny: Yeah, and even to showcase products that everyone knows, but that they might not know come from that region.

Chuck: I think every episode has stuff that people will see and understand but then there are things like geoduck [clams], which is not something that everybody knows. Or sea urchin! Not exactly something that Canada is known for, but we have some of the best sea urchin and we were in the East Coast eating them in the water! It gives you a whole new appreciation for things you take for granted as a cook. Every region will have a couple surprises, and ultimately we’re trying to inspire people to cook and to show people how easy it is. We’re lucky enough to live in a country with seasons where you can actually wait until summer to get strawberries and enjoy them for that short period of time—it’s a cool thing. We have a lot of great ingredients.

Q: What kinds of strange ingredients did you taste along the way?

Danny: Crickets for one. Which were probably unnecessary.

Chuck: We made the most epic salad with tomatoes and local mozzarella and we added crickets! They were actually very good. They are full of protein and they’re super sustainable.

Danny: We tasted them raw and fried. Definitely fry your crickets, people!

Chuck: In B.C. we got to cook a box crab, which is this ancient-looking beast that lives really deep and is not really commercialized. They are unusual and people don’t really catch them. We had never had them before. The meat was like Alaskan king crab, but the legs were big and the meat was sweet and buttery.

Q: The show features a lot of Canadian music, right?

Chuck: Yes and that adds another layer to the show because it’s not just canned music. These songs become part of the show! It adds depth to the episode. This trip was also happening while Gord Downie was doing his Tragically Hip show so we were like we’re only going to listen to Canadian bands. And playlists are as much a part of a road trip as gas and snacks! 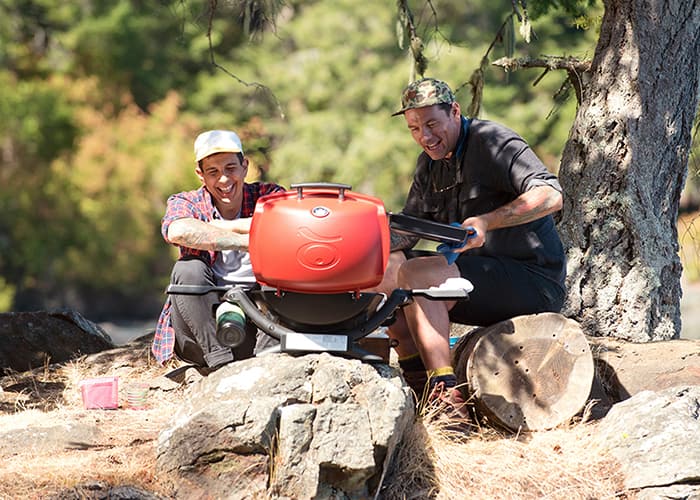 Where Canadians will be travelling in the New Year

Kayak, the world's leading travel search engine, combed through its searches and is sharing the scoop on the top places Canadians love to visit and where they will be jet setting in 2017.