Share
Share
When it comes to animal love, can a person have too much to go around? Not according to one Toronto city councillor. Earlier this month Glenn De Baeremaeker suggested removing a city bylaw that limits households to having no more than six pets. Owners can welcome any combo of cats, dogs, ferrets and rabbits (with the number of dogs limited to three) into their homes. (Allowances are made for dogs or cats weaning newborns.) [caption id="attachment_13193" align="aligncenter" width="300"] 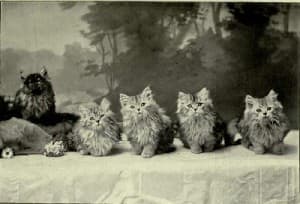 His argument? It’s not how many pets you have, it’s how well you take care of them. He says other sections of the bylaw address these issues of care, as well as responsible ownership, including not cleaning up after your pet, dogs barking too loud or cats trespassing on neighbours' property.

A pair of public meetings will be held within the next week.

I love animals as much I'm sure you all do, but I'm having a hard time wrapping my head around the thought of more than six pets living in a residential home. Part of this comes from my own experience of growing up in a home that at one point housed two parents, two preteens, two hamsters and one cat.

As much as we smothered all three of those little fur-balls with love and affection and as diligent as we were with their care and maintaining their living spaces (cages, litter boxes, etc.), one fact remained: that was one full house we shared.

I can't help but feel that changing this bylaw is not a good idea. A pet owner's interpretation of noise level and being a nuisance may be quite different than their neighbour's, and may lead to problems down the road. And no matter how good someone's intentions, at what point does a household spread itself too thin as far as providing adequate care and a clean home?

What do you think of the councillor's proposition? Should there be a limit on the number of pets a person can have?

Councillor wants ban lifted on number of pets per household