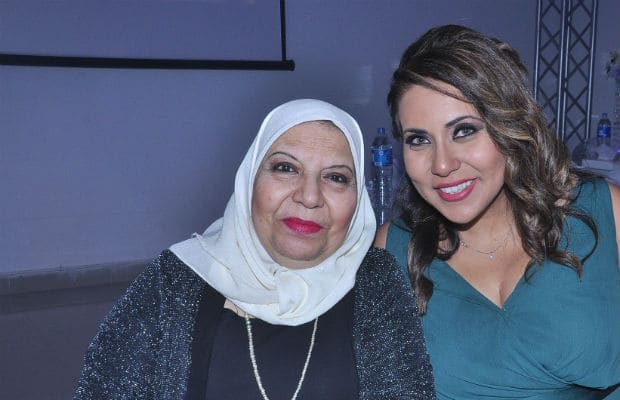 My mother and I at my sister's wedding last December.

One of toughest periods in my life was also one that defined who I am today. At 17, I moved away from my family in the Gaza Strip to study in Norway at the United World College. Looking back, it was an exhilarating and transformative experience that nurtured my confidence and sense of self. But it didn’t seem that way at the time.

In my first few months abroad, I felt alone, lost, uncertain—even scared. The people, culture, food and language were all foreign. I went from being a top student to struggling with my studies in English. Some of my classmates, other young people from different corners of the globe, became so overwhelmed they returned home. Sometimes, I thought about doing the same.

In hindsight, I can see how my mother’s wisdom pulled me through, and allowed me to thrive instead of wither. Growing up in Kuwait and the Gaza Strip, my mother told me that, as a Palestinian and a woman, I would face hardships. “This is simply the way your life will be,” she counselled me. “Consider every challenge an opportunity. That’s how you will do your best—and that’s all you can ever do.” In Norway, an ocean away from my family, and on the brink of adulthood, I confronted my choices. I could be miserable, doubting myself and letting opportunities for self-growth pass me by, or I could accept the difficulties thrown my way, and give it my all. It was only then that I discovered my mother had given me something precious: the gift of grit. Grit is a potent mix of perseverance, determination and inner strength. More than eight million people have watched the TED Talk, “The Key to Success? Grit” by American psychologist Angela Lee Duckworth, who says grit is a sure predictor of success. Interestingly, child development researchers at Harvard University have proven that none of us are born with grit; it’s something we develop— if we are shown how to manage life’s hard knocks. My mother taught me about grit the way we pass on all of life’s most important lessons to our children: She modelled it. My mother told me about her decision to learn to drive in Gaza in the mid-1950s—something unheard of for many women, who in that part of the world had far fewer privileges than men. I saw her juggling her job as a kindergarten teacher in Kuwait with raising a family of four while still spending quality time with my dad. Living in the unpredictable world of the Gaza Strip, she would—and still does— shrug off the frequent electrical blackouts instead of letting them plunge our lives and perspectives into darkness. I can still envision my mother at social gatherings in our home when I was a young girl. It was common for women and men to gather in separate groups, even separate rooms. But she was nearly always among the male guests, where she enthusiastically participated in conversations about politics, culture and art. And my mother did what society frowned upon when she encouraged me, her daughter, to study overseas in my teens. I am determined to pass on the gift of grit to my daughter, Zeina. I want her to have the ability to take on the often messy, painful and unpredictable adventures of life, in order to experience its beauty and rewards. The best way I can do that is by following in my mother’s footsteps and teaching Zeina the lessons of her grandmother. Strong women aren’t born. We are built out of the wisdom and gifts we bestow on one another. Want more inspiration about the bonds we have with our mothers? Check out these quotes about mothers and motherhood.

How my mother passed on the gift of grit