We talked to Canadian musicians Tegan and Sara about their relationship, activism and why they've teamed up with Kiehl's to benefit the LGBTQ community.

Identical twins Tegan and Sara Quin have spent a vast portion of their lives in close quarters. The 36-year-old Calgarians shared a bedroom as kids, then a tour bus when they became "indie darlings–turned–pop tour de force," as GQ described them last year.

But as the duo was steadily racking up accolades, their sisterhood was crumbling, despite—or maybe because of—all that time spent together. "In our younger years, it was really difficult to navigate our relationship in the context of what we were trying to do in music, running our own business and travelling the world," says Tegan. "While most of our friends were entering college and getting to explore their identity, we were bound together in this career and life. There was inevitably a lot of trouble. Often, it was just the two of us on the road, so it was easy to pick on each other."

The sisters, who skipped university in favour of playing music, scored a record contract with Canadian singer-songwriter Neil Young at age 19. They received a Grammy nomination in 2012 for their concert DVD Get Along, then went on to win three Juno Awards. It was their breakout hit, "Closer," an upbeat synthpop track from their seventh album, Heartthrob, that propelled them from indie rock band to mainstream chart-topping pop-dance duo seemingly overnight.

But if that song title felt slightly ironic, well, it was; by that point, the twins had been living on opposite sides of the country for 13 years. But where mainstream success has historically torn bands apart, for Tegan and Sara, it has had the opposite effect. The sisters, who have always been honest about their tumultuous relationship, say they're now in a really good place.

And this reconciliation made writing about their issues for their latest album, Love You to Death, easier. "Stability affords us an opportunity to look at the past with a critical eye, but it also helps us shift narratives away from previous losses. I'm still flawed, but my relationships have become stronger," says Sara.

This record, their eighth, is coated with a layer of "poptimism," continuing the modern pop takeover they started with Heartthrob. But they're not abandoning their outspoken past selves; as with their sibling strife, the twins have always been open about their sexuality and the social issues that are close to them, perhaps taking a cue from their mom, a social worker. At the 2014 Juno Awards, Tegan accepted the Group of the Year award for Heartthrob by saying, "I don't think very many people— and especially not us—thought two queer kids from northeast Calgary would get here, but here we are." Today, she says, "We've always been honest about seeing ourselves as a band, first and foremost, but in times like this, we do use our voices, as frequently as we can, if we think we can help. In this day and age, I think it would be irresponsible of us to say, ‘We're not political people; we don't want to get political.' "

In fact, compelled to use their voices beyond singing to help those who don't have one, the sisters set up the Tegan and Sara Foundation, a charity dedicated to improving the lives of LGBTQ women and girls around the world. It will focus on economics, health and representation, the areas in which they say LGBTQ girls and women face the most challenges. And when Kiehl's approached them about a partnership that would help support the foundation, they quickly jumped on board. Proceeds from special editions of Kiehl's Ultra Facial Cleanser and Kiehl's Ultra Facial Oil-Free Cleanser, products the pair has been using for more than a decade, will directly benefit the sisters' new charitable endeavour.

It's just one more way they're getting closer. As of 2015, the sisters have both settled on the West Coast. "We live really close in Vancouver," says Tegan. "So close that Sara can see my apartment from her courtyard." 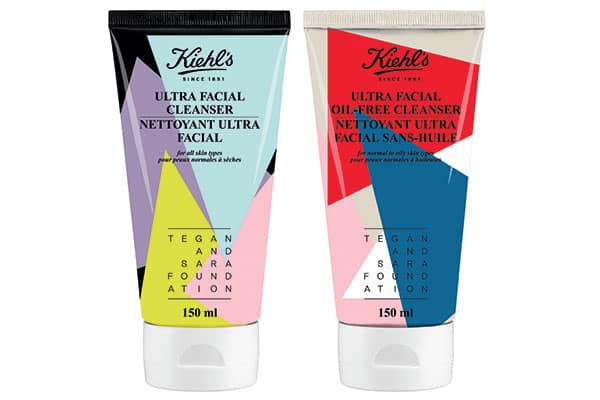 Comedian Mike Myers on what being Canadian means to him

If there's a list of quintessential Canadians, Mike Myers must be near the top—especially with the release of his new book, a heartfelt but humorous take on what being Canadian means to him.

Singers Tegan and Sara lend their voice to the LGBTQ community