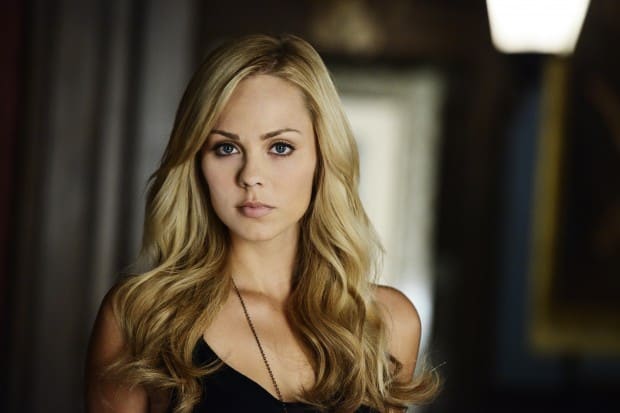 Excitement is mounting for Bitten, a new Canadian television series premiering Saturday January 11 at 9 p.m. EST on Space Channel (in the U.S. on January 13 at 10 p.m. on Syfy). Based on the best-selling fantasy series by Canadian author Kelley Armstrong, Bitten promises to be sexy, supernatural and packed with action. In a unique take on the werewolf genre, the drama is anchored by the world’s only female werewolf Elena Michaels, played by Toronto actor Laura Vandervoort (Smallville, Ted).

When the story begins, Elena is working as a photographer in Toronto having left the Pack a year earlier, her werewolf identity now secret. Inevitably, she is drawn back to the werewolf world and finds herself consistently torn between her human life and her loyalty to the Pack. Tensions rise as her wolf family (a bevy of chiselled, muscled men) begins to battle with a rogue pack, the Mutts, in a mob family-like struggle for power. Bitten juxtaposes animal instinct with human experience, demonstrated by Elena’s constant struggle to live and love in both worlds. Layered over this deeper theme of the beast within is a lot of sex, action, terrific special effects, beautiful cinematography and a gorgeous cast. Especially impressive is the depiction of the werewolves. When human characters transform, the werewolves are rendered as actual wolves, not the wolfman type of werewolf often portrayed in the genre. Add to that a hot lady-wolf kicking some serious ass, and Bitten will be sure to please both fans of the books and anyone who enjoys dark, sexy dramas of the supernatural variety. Photo of Laura Vandervoort by Steve Wilkie