Nearly 200 shoes designed by Manolo Blahnik from the early ’70s to today are on display at the Bata Shoe Museum until January 6, 2019.

Long before Carrie Bradshaw made Manolo Blahnik a household name, the designer’s shoes could have been spotted on the most-emulated (real-life) tastemakers. In 1993, Princess Diana wore a pair of his stilettos with an LBD (which would later be known as the “revenge dress”) to a party on the same day Prince Charles publicized his affair. In 1977, Bianca Jagger famously arrived at her birthday party at Studio 54 wearing Manolos on a white horse. And Anna Wintour confessed that she “can’t remember the last time [she] wore anybody else’s shoes” in the documentary Manolo: The Boy Who Made Shoes for Lizards. 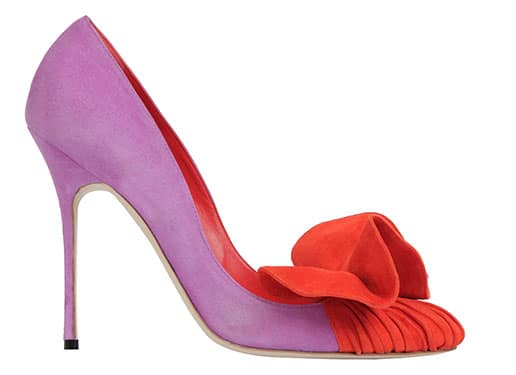 The Arleti heels by Manolo Blahnik

Blahnik’s career has spanned more than 45 years and is being celebrated with the exhibition Manolo Blahnik: The Art of Shoes, which began in Milan in January 2017, touched down in Saint Petersburg, Prague and Madrid, and is making its final stop in Toronto — the only North American city on its run. The exhibition will be held at The Bata Shoe Museum and will feature almost 200 shoes and 80 original drawings that complement the theme, Shoes Are Art. Divided into areas based on Blahnik’s inspiration, the exhibition shows how fantasy, art, architecture, geography, botany, couturiers and stylish influencers have played a fundamental role in the designer’s creations. 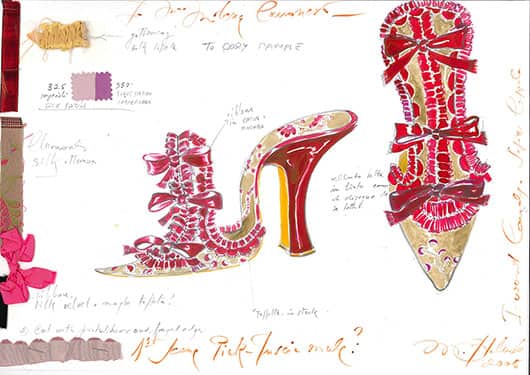 “With each style, Blahnik tries to capture what he considers to be the essence of elegance, femininity and beauty, which he has intertwined with his various cultural and emotional influences,” says guest curator Dr. Cristina Carillo de Albornoz. There are plenty of styles you’d recognize — like the Hangisi pump, which features a crystal buckle on the toe (you’ve probably seen them on stars in royal blue) or the classic BB pointed stiletto — but the designer thinks the craftsmanship of the shoes is more recognizable than specific styles. “The attention to balance and cut and the carefully selected materials is my special touch,” says Blahnik.

Sketch by Manolo Blahnik of the Ivy sandal (left) and the Brick sandal (right).

The shoes on display include the designer’s favourite, the Ivy — a green suede sandal created for fashion designer Ossie Clark in 1972 — as well as the collection of shoes he designed for Sofia Coppola’s 2006 film Marie Antoinette and the oldest pair in the collection, the Brick —  a flatform sandal, which was the first pair he created for fashion designer Kensai Yamamoto in 1971. “I think it’s important for people to understand where you began and where you are now,” says Blahnik. Today, we see the designer is ever-evolving. Some of his most recent collaborations include one with cool-kid brand Vetements and style star Rihanna. 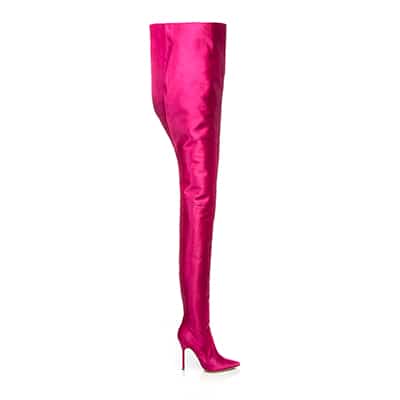 “His place in the shoe history is incontrovertible,” says Elizabeth Semmelhack, senior curator at the Bata Shoe Museum. “His incredible designs have defined fashion for decades.” And that’s just what the designer hopes the exhibition conveys and his visitors appreciate — “that everything is timeless and tells a story,” says Blahnik. He wants visitors to walk away from the exhibition with an understanding of the artistry behind the shoes — that, “and, of course, a smile…!”

For more on the exhibition, visit batashoemuseum.ca.