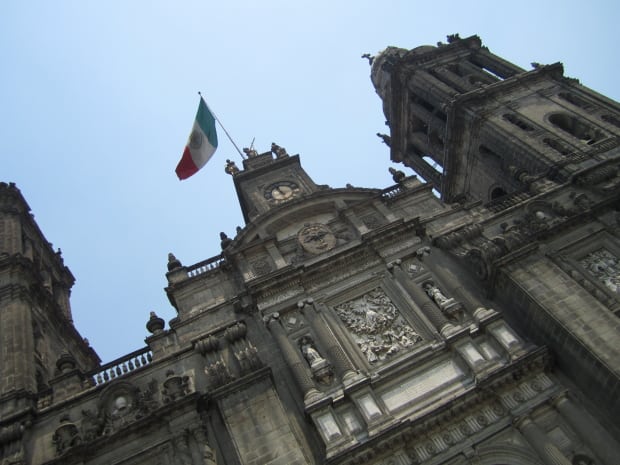 I'm the first to admit, Mexico City has never been at the top of my bucket list. For me, Mexico's always been about sun-drenched Mayan Riviera debauchery: lazy days on the beach, and late nights at, well... The beach. Frankly, it couldn't be any further removed from the mad pace (and pollution) of the country's crowded capital. Which is why I was totally shocked to fall in love the minute my plane sliced through the city's infamous dome of greasy brown smog. Yes, the air quality leaves a lot to be desired, but for a history buff like me, Mexico City (or the "DF" as it's more commonly known—short for "Distrito Federal" or Federal District) delivers two destinations for the price of one. In the span of one block—specifically, the city centre known as the Zocalo—you can explore exquisite examples of colonial Spanish architecture, butted right up against (and sometimes right on top of) haunting ruins of the country's Prehispanic Aztec culture. That colonial Spanish architecture is best represented by the Zocalo's Metropolitan Cathedral, which is a fantastic first stop on your Mexico City adventure. 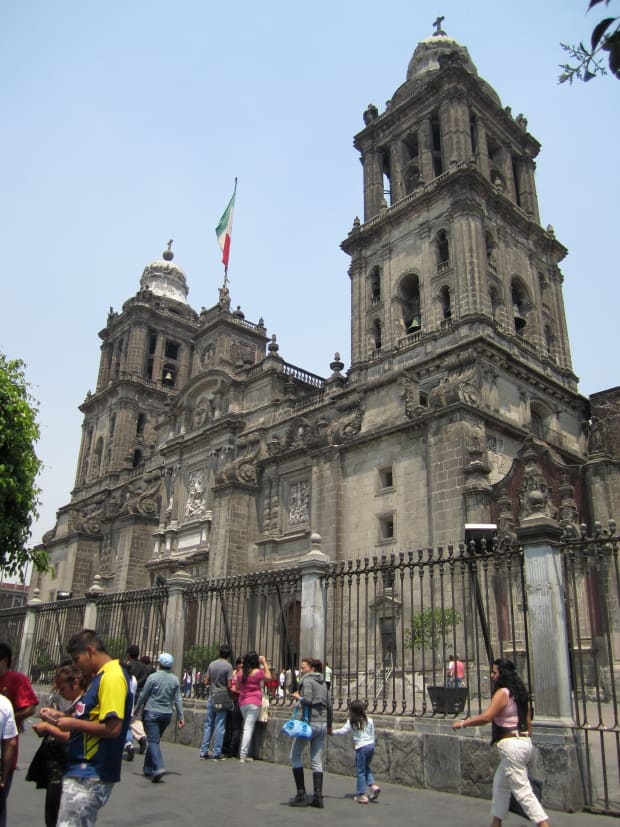 The main facade of the cathedral was completed in 1672—about 150 years after the Spanish had destroyed the massive Aztec temple that sat in its backyard. Although very little of that original 17th century architecture remains visible, little peekaboo windows installed in the sidewalks surrounding the cathedral offer glimpses of the original Spanish church, which is quite literally sinking under the weight of the cathedral itself. Photography by Brett Walther. 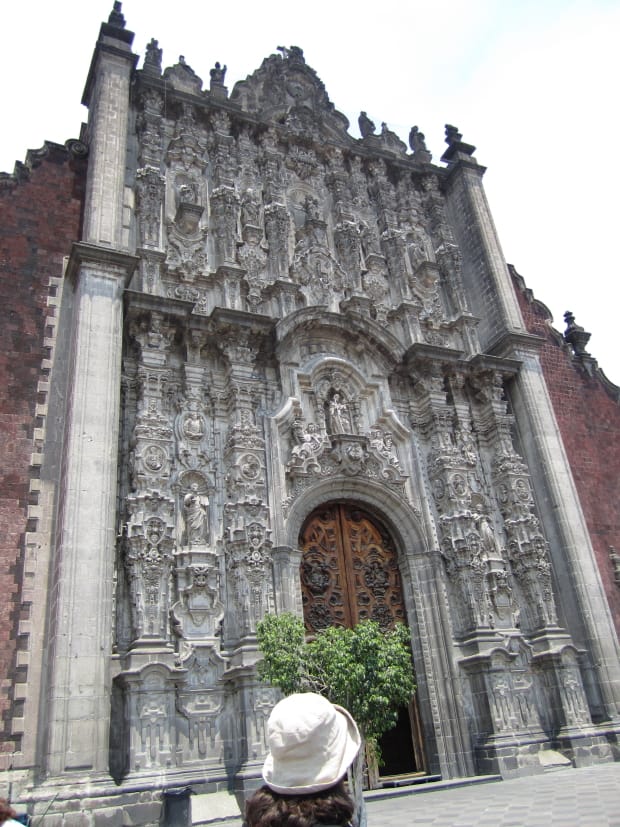 Impressive Baroque reliefwork on the facade of the cathedral's Tabernacle. Photography by Brett Walther. 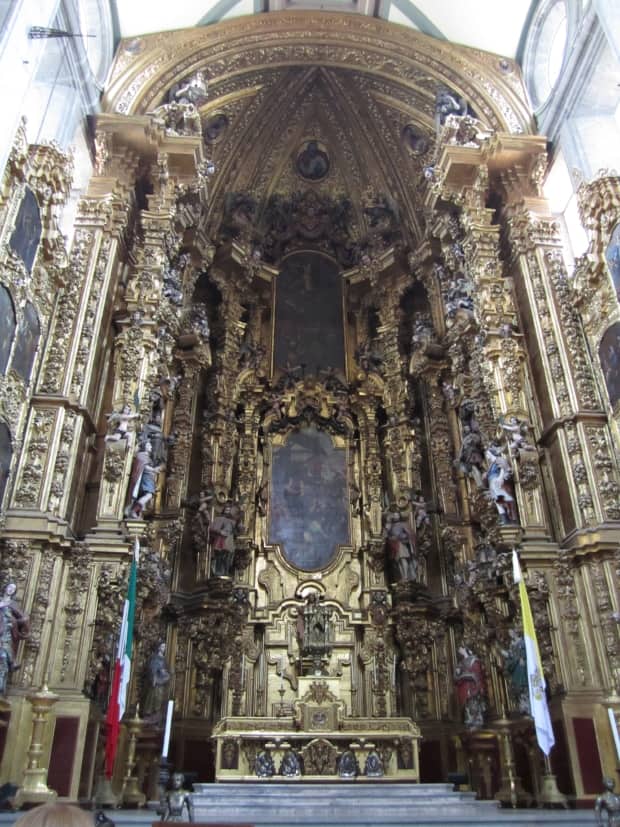 The cathedral's interior offers welcome respite from the DF's often oppressive heat and humidity. This elaborately decorated gold-gilt "Altar of the Kings" is hung with 26 separate murals, each depicting a different member of Spanish Catholic royalty.  Photography by Brett Walther. 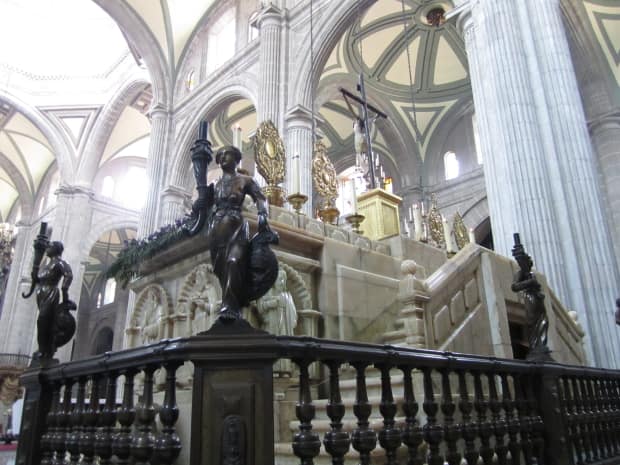 The cavernous interior is surprisingly bright, thanks to the soaring cupolas that allow natural light to stream in. Photography by Brett Walther. 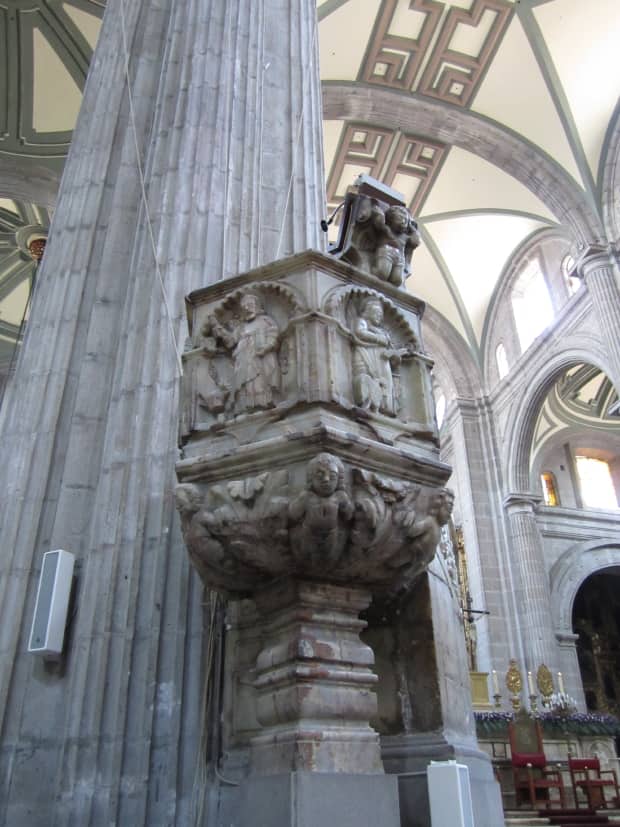 This impressive pulpit is crafted from onyx. Photography by Brett Walther. 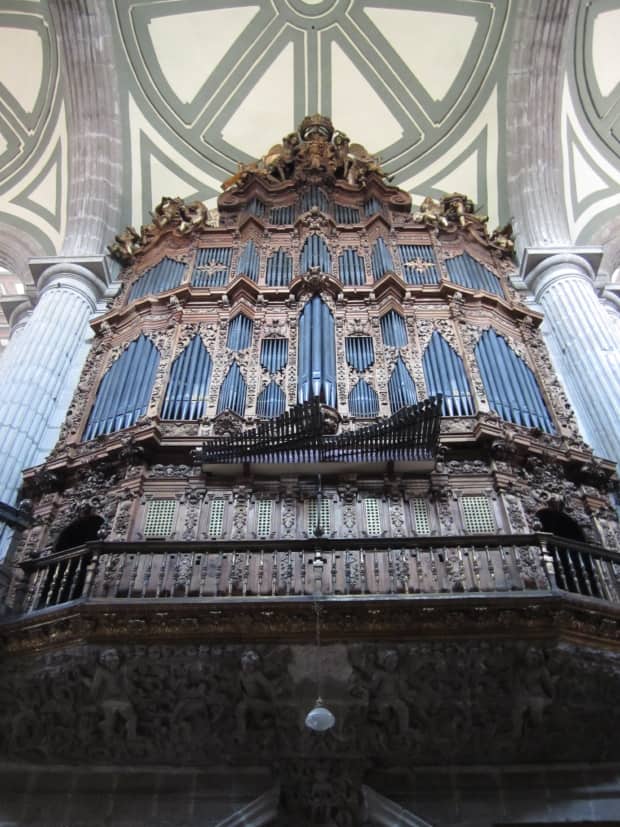 The cathedral's monolithic pipe organ is the second largest in North America. Unfortunately, my Toccata & Fugue is a bit rusty, otherwise I might have given it a spin. Photography by Brett Walther. 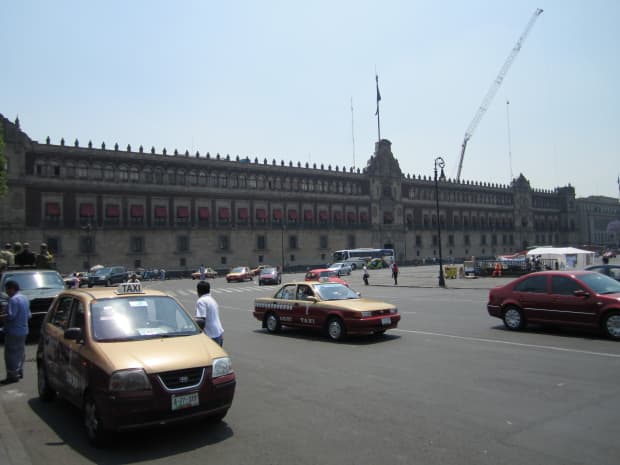 Situated in the Zocalo, the DF's main plaza, the cathedral is just a few steps away from the Palacio Nacional, Mexico's seat of government. Photography by Brett Walther.
If you go...
* Admission to the Metropolitan Cathedral is free, but donations are accepted.
* English-speaking  tour guides are available and highly recommended.
* Allow two to three hours for the full tour.
* Create a full day trip by pairing the cathedral with a tour of the nearby Templo Mayor—the breathtaking ruins of the largest Aztec temple, unearthed in 1978. More on that to come!
* Refuel at one of the many nearby bistros—a great opportunity to sample a Mexican Coke, which is vastly superior to our familiar formula. The impressive Belle Epoch-style bar at La Opera is definitely worth the short walk. It's rumoured that there's a bullet-hole in the bar's ceiling left by none other than Pancho Villa. For serious. Be sure to let me know if you find it. 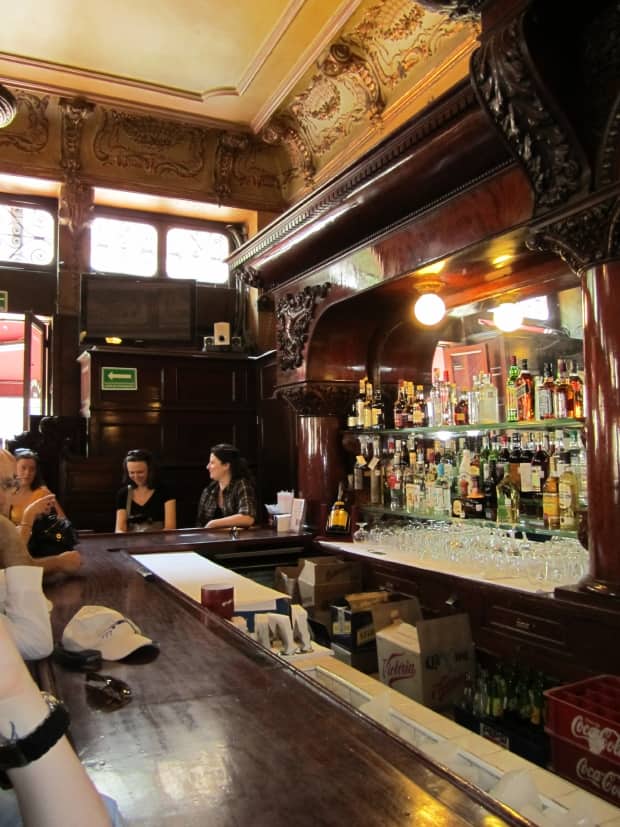 Sampling the Mexican Coke at La Opera. Simply because I'm not a Mezcal kind of guy. Photography by Brett Walther.
Follow me on Twitter!