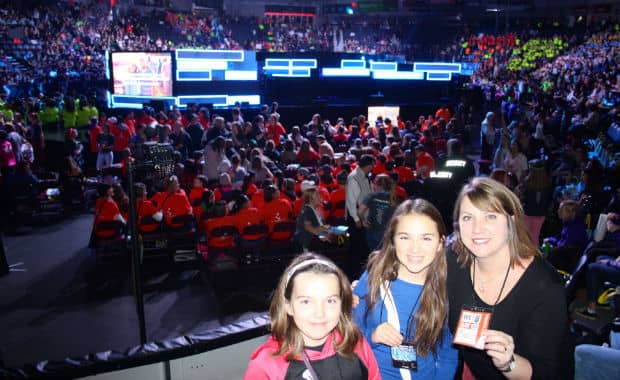 Jody MacArthur, with her daughters, Maddie and Kate, at We Day Atlantic Canada.

On Nov. 27, 8,000 students and educators filled the Scotiabank Centre in Halifax for We Day Atlantic Canada. More than 315 schools from across Atlantic Canada were represented in the boisterous crowd.

We Day is an event like no other, celebrating and inspiring this generation’s shift from me to we. It’s a shift toward acting with intention, leading with compassion and believing in the power of community. Students can’t buy a ticket to We Day; they earn it by participating in local and global actions.

The day was kicked off with an inspirational welcome from We Day co-founder Craig Kielburger. Twenty years ago, Kielburger dared to see the world differently and has since created a tidal wave of positive impact around the world. We Day made quite the impression on my two daughters, Maddie, 9, and Kate, 12, who accompanied me to the event. Although at times I think they were overwhelmed by the noise, they could feel the energy and understand that they were part of something big. Here’s what the kids had to say: “We Day was so cool. Seeing all the performances and hearing the guest speakers talk about changing the world was really great. Tomorrow, I’m going to play hockey for all the kids that can’t; that’s one small thing I can do.” — Maddie “We Day was the most inspiring event I have attended. It was really great to hear from people who WILL change the world. It made me think about what I’m going to do to be a game changer!” — Kate 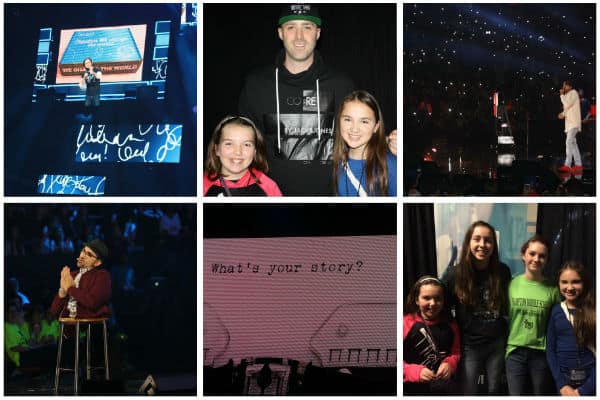 The highlights of the day were: -Chris Hadfield singing the song he wrote and recorded while in space. -Debby Ryan + The Never Ending speaking to us about how they got started in the music business and how they find inspiration for writing songs. - Spencer West speaking to the crowd. The motivational speaker and Free the Children ambassador lost both his legs early in life and went on to climb Mount Kilimanjaro. He is such a positive role model! - Classified, the Juno Award-winning hip hop artist and producer from Enfield, Nova Scotia, closing the show with his newest hit, “No Pressure.” - Meeting two students from New Brunswick who are making a big difference in their own communities. Lana Campbell, 14, is a member of her school’s Leadership Club, which has completed several projects supporting people overseas and at home. Maggie Morrison, 16, is part of her school’s Free the Children Club, which has raised money to build a school in Kenya among many other activities. Both of these teens are an inspiration! It was a cool event—one that we were excited to be part of and that has already started many conversations about what we can do as a family to be more generous with our time, our money and our love. We can make a difference in the world. And we will. Jody MacArthur is a Halifax-based mom of two tween girls and the blogger behind mommyjuiced.com. This was her first time attending We Day and she went as a We Day Ambassador for Canadian Living.

Missed the last We Day? See our recap of We Day Ottawa.

What it’s like to be a kid at We Day