Multiculturalism is a point of pride in Canada. We need to protect it. Image by: Getty Images Author: Dalal Al-Waheidi

Canada's multiculturalism sets us apart as a nation, and it's a value we need to protect.

The ad campaign features a photo of a 30-something white male and a brown-skinned young woman wearing a hijab. The caption above his head reads, "Go back to where you came from." The three-word rebuff above her head scarf says, "Where, North York?" 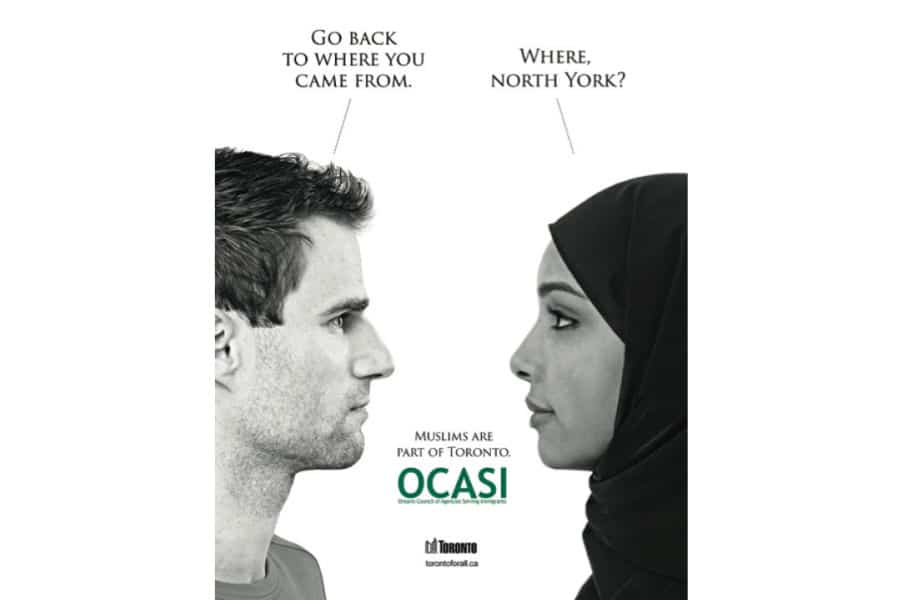 In other posters, there's a white female confronting a Muslim woman, who retorts she's from another part of Toronto.

Canada is one of the most tolerant countries in the world, with Toronto the epicentre of its diversity. The ads are well-placed in public spaces and transit hubs, and the slogan—"Muslims are part of Toronto"—is a much-needed reminder to uphold the values of inclusivity that make our multicultural country so great.

The campaign, which is a collaboration between the City of Toronto and the Ontario Council of Agencies Serving Immigrants, was launched just before World Refugee Day on June 20. It's also a nod to Canadian Multiculturalism Day on June 27, and of course, Canada Day.

I am from Palestine and have light brown skin. After the Gulf War ended, my family faced harsh racism and left for Gaza. My mother, who still lives in the Gaza Strip, is a practising Muslim who wears the hijab. So the ad struck a chord with me, as I thought about what it means to be an immigrant and a Canadian.

I have lived in more than four countries. I came to Canada in 1998 to study international development and political science. Five years ago, I chose Canada to be my home; the place where I would raise a family. I consider myself a Palestinian-Canadian and I treasure that no one has questioned my patriotism because I have this dual identity.

When I became a Canadian citizen in an emotionally stirring ceremony five years ago, it was one of the proudest moments of my life. And when my daughter was born just over a year ago, I marvelled that she had won "the birth lottery." Zeina arrived in the world a Canadian citizen, an advantage that will benefit her for her entire life. 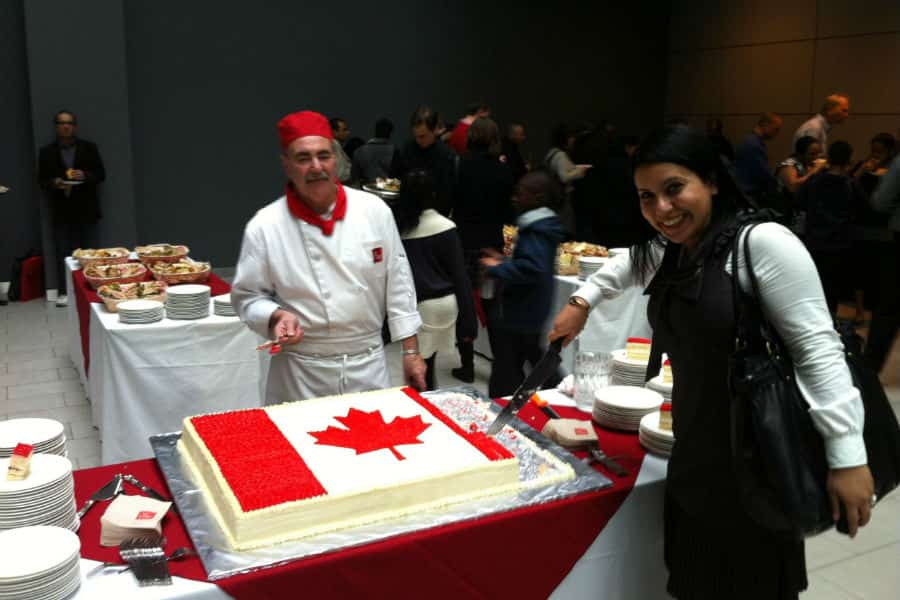 Forty-five years ago, Canada was the first country in the world to adopt a formal multicultural policy. The essence of it is, all people—regardless of where they came from—deserve to feel pride in their heritage, and also be accepted and treated as equals in this country.

Today, about 20 percent of our current population was born abroad—the highest percentage among all G8 countries. We shine as the model nation for welcoming Syrian refugees into our communities.
Toronto, where I live, is comprised of a string of vibrant ethnic neighbourhoods. It's estimated that about 140 languages are spoken in this city alone.

We live in a world that is awash in fear, anger and an us-versus-them mentality. The comments in the ads represent all people who doubt the value of multiculturalism.

The campaign is a great reminder that Canada was built for everyone. Embracing other cultures and celebrating differences remain our greatest strengths.

Happy Canada Day to all.

Guest post by Dalal Al-Waheidi, executive director of We Day Global. This is Dalal's eighth post in a series about activism for canadianliving.com.

Why multiculturalism makes me proud to be Canadian