When reflecting back to the Indigenous teachings of our childhood, we all remember the curriculum. But with current knowledge, we know those teachings were not an accurate reflection of what happened during the period of disruption. History was an entirely different story.

But a new collaboration is seeking to change that.

With the launch of Manito Ahbee Aki, a new world in Minecraft: Education Edition, players get to explore and celebrate Anishinaabe culture from Manitoba’s western Whiteshell area. Microsoft Canada partnered with Louis Riel School Division (LRSD) to create an authentic experience that would go beyond any textbook, consulting the LRSD Indigenous Council of Grandmothers and Grandfathers (CGG) along with Frank Deer, LRSD Scholar in Residence, and Knowledge Keepers from the Manitoba Anishinaabe community.

“We are pioneering something that is going to be so refreshing and teaching how our culture is still alive. For people to know that it will be refreshing to know something different,” says Chickadee Richard, one of the non-player characters in the game and a key contributor to the project. Chickadee is one of the grandmothers from the community who lent her knowledge and guidance to the game from the earliest stages to the finishing product. 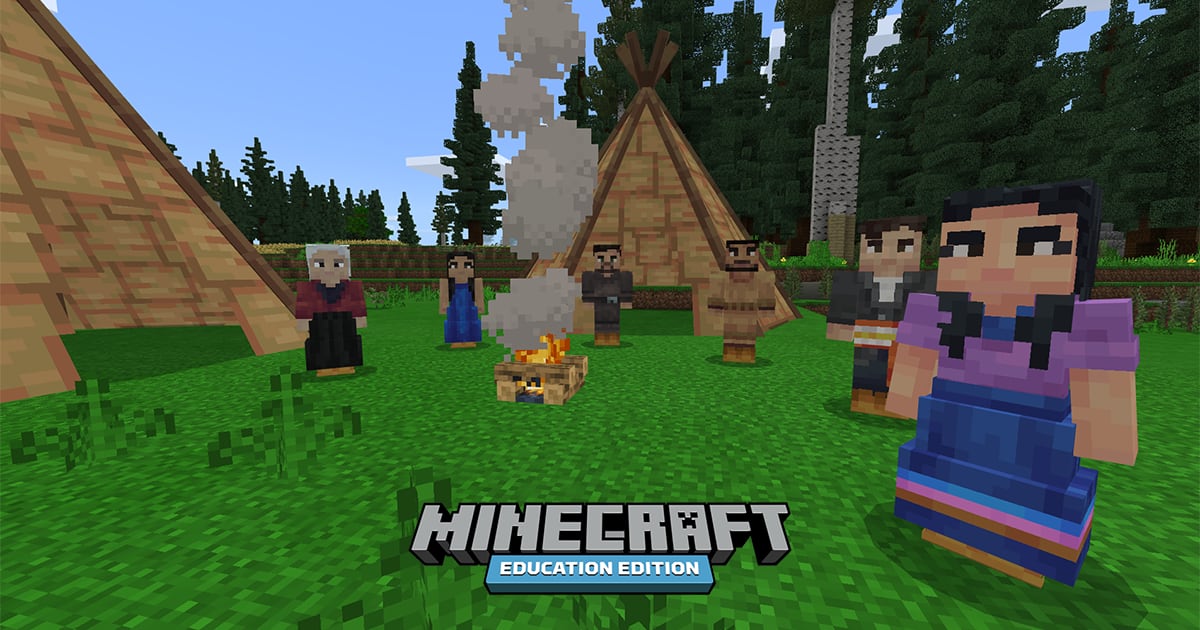 We know our kids enjoy engaging with a screen. And since Minecraft is the best selling game of all time, it made sense to incorporate the teachings from this culture into an interactive game, allowing aspects of the Anishinaabe culture to come to life by way of interaction, instead of through a piece of paper or a class lecture. By marrying history and present culture in an interactive setting, students can learn at their own pace, and go on their own explorations within the game.

Minecraft uses visual text to engage students, and one way to highlight the unique culture is by using the Anishinaabemowin (Ojibwe) language first and repeating the same phrase in French or English. For example, you will see “asemaa,” which means tobacco, and then see the definition written in either English or French. For a deeper experience, students can pause and use the brand’s unique immersive reader option, which brings them to a reading by Richard.

For Indigenous children across Canada, they are subjected to learning materials with images they don’t see in their community; it’s commonplace that they do not see themselves reflected back in their school texts. But in this game, students will recognize themselves in the game. “Close attention was paid to the design details. The game begins at The Forks, where the Assiniboine River flows into the Red. The trees are not typical Minecraft trees—they were uniquely built to accurately reflect the flora of the space, and include spruce, poplar and birch trees. “Even the water isn’t bright blue,” says Corey Kapilik, principal, Marion School, and one of the key contributors to the game. “Those are our muddy waters,” he says. The fish in Manito Ahbee Aki are native to the region, ensuring that, for users who live in the region, they would recognize their home.” Even the fish are a Manitoba species of fish that are native to this region,” says Kapilik. “If you lived in this area, it is very representative to the area that I live in and what I know.”

A key marker of the game is to educate students about the Indigenous clan system—the familial groupings of people that function as governance, though not in the same way governance is understood in non-Indigenous Euro-Christian culture. Clans are passed down from The Creator, and provide community and organization within Indigenous communities. In the game, players learn of the unique tokens that represent each clan, which deepen the impact of the teachings. For example, in a clan system, you would refer to someone who is the same age as you as your sister, because you are in the same ‘clan.’

One thing that can be challenging to teach students without demonstration is the art of compassion and empathy. But this game should change that, says Richard. “I hope that people who use this game have an open mind, open heart and awareness that the Indigenous people are still here,” she says. “Our ceremonies, our language is still intact. Our people still exist and practice the Indigenous way of life.” This way of life showcases that our way was not less than the European version,” says Chickadee Richard. “It was as sophisticated, but in a different way.” 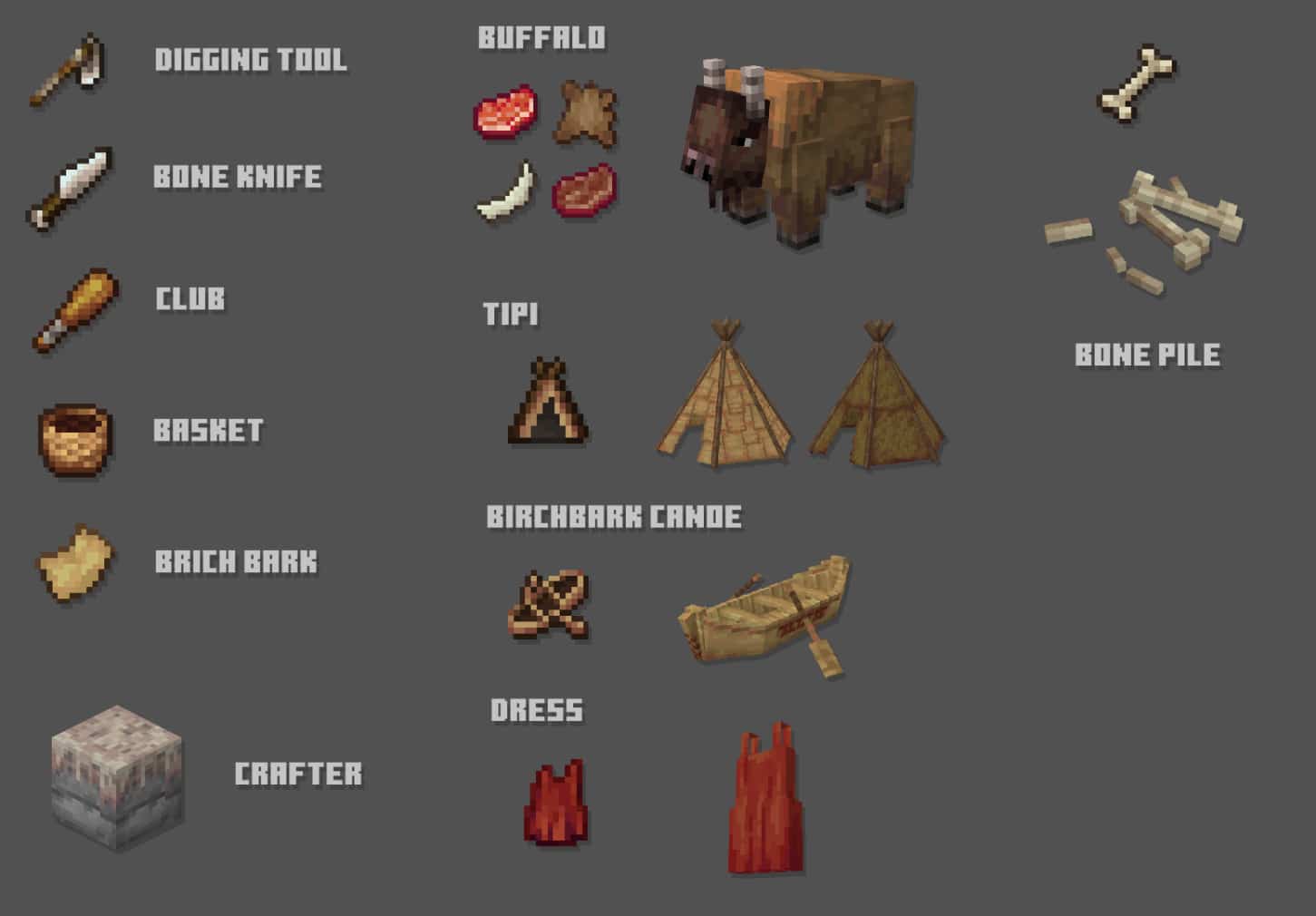 In Minecraft, students learn how to navigate the world around them. And because of the brand’s scale, “it isn’t dependent on one world view, or one idea,” says Kapilik. “There are lots of opportunities for all students to explore.” And because access to the video game is free for educators and students around the world, players are easily able to participate and become part of the game. After the release of Manito Ahbee Aki, LRSD is planning to create four additional Indigenous Minecraft worlds, for each of the Manitoba Indigenous Peoples that includes Cree, Dene, Oji-Cree, and Dakota.

A goal for the future

“This video game isn’t a beginning and an end. It’s an exploration that I hope will serve as an invitation, whether it’s teaching leading, or students inquiring more about the Grandmothers and Grandfathers,” says Kapilik. “There's a lot of different directions it can go. There’s so much beauty in students being experts in the area because they play it, and teachers being in the place of learners.”