Share
As parents, taking the time to teach what’s important within your own culture can help foster acceptance and understanding. But what if your own cultural background, traditions and family history are a blank slate? For many adopted adults with kids, this struggle can be a lifelong journey, and finding ways to share a cultural connection with their children can be overwhelming.

Vanessa Pearce: Building close connections
“I had no roots,” says Vanessa Pearce, who was adopted from South India at the age of eight and transplanted to Nelson, B.C. Pearce had two children of her own with a Norwegian man and later moved to the Kootenays, where she raised her sons as a single mom. “It was very difficult for me,” she says. “Especially being in the Kootenays in a predominantly white area, raising two of my own mixed-race children as well.” 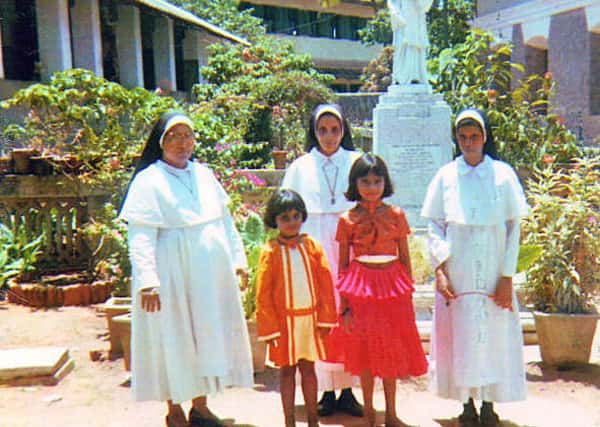 Image courtesy Vanessa Pearce; Vanessa is in the red dress at a convent in Trivandrum

Born in North India, Pearce was taken from her parents in the early 1970s, when she was about four years old, and brought to Holy Angels’ Convent in Trivandrum in 1974. In 1978, she was adopted by a Canadian couple living in Nelson. Not only did she feel geographically displaced but also culturally displaced.

“When I came from India, I wrote and spoke Malayalam,” says Pearce. She eventually lost that ability, as her adoptive family wasn’t South Indian. Pearce says living in Nelson with a white family left a huge impact on her and her ability to share her heritage with her own children.

“I always felt like I didn’t fit in,” says Pearce. “Finding your inner self and getting grounded is a long journey. You don’t know when you were born, you don’t know your name, who your uncle was or who your mom was—the things most people take for granted; all of those things, a lot of adoptees don’t have.”

It was that feeling of not being able to fit in that drove Pearce’s desire to provide her own children with a different experience. “We went to the library a lot. We would learn things about India that way,” says Pearce, who became the human-rights coordinator of the United Nations Association in Canada for the Kootenays. Pearce also served as vice-president for immigrant and visible-minority women in the Kootenays.

It was on the job that Pearce got the chance to meet people from other cultures. She says finding cultural groups from the country of her birth and building close connections with them made all the difference. “I started to include my children in meeting and getting to know some people who were Sikh."

Karen March, associate professor of sociology and women’s and gender studies at Ottawa's Carleton University, says it’s often not until adopted adults search for their birth parents or their family history that they even begin to identify with any culture. “They don’t really feel this sense of culture,” says March. “It’s imposed on them externally.”

March, whose book The Stranger Who Bore Me (University of Toronto Press) looks at the search motivations of adopted adults, says that women make up 70 to 80 percent of adopted adults who try to seek out their family history and birth parents. Many of those searches are initiated by a pregnancy, becoming a mother or a loss.

“Women feel more affected by adoption because women are responsible for family,” says March. “Their identity is very much tied up into family and who they are. Being a mother is tied up into who you are as a woman.”

Shauna Zepeski: Finding your family values
Shauna Zepeski, a transracial adoptee with British and Caribbean parents, agrees. She was adopted in 1973 at three months of age into a Polish family in Port Moody, B.C., which at times made her feel disconnected from her heritage. “You almost grow up culturally like a Caucasian person in a dark body,” says Zepeski, who didn’t learn her true cultural background until her mid-30s. “It’s very confusing to grow up like that." 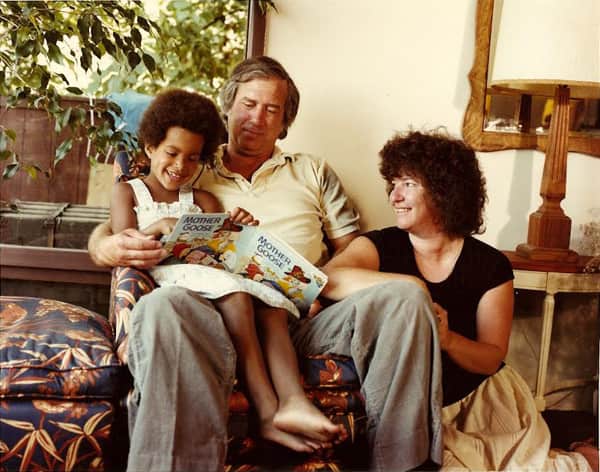 Zepeski, a 42-year-old mother of two sons—the older one is her biological child, while the younger one is adopted—decided to search for her birth parents in her early 20s. She started talking to her younger son, who is half Caribbean and half French-Canadian, about his family history when he was five.

“As long as you feel a child is ready and it’s age-appropriate, start talking about it,” she says. “They need to know as much about your history, too, because your history is part of their history. You have to gauge it based on when you think the child is ready.”

Zepeski says she has made it a priority to attend events that showcase African heritage, she cooks African food from time to time and she co-leads a group called Akoma Ntoaso, sponsored by the Adoptive Families Association of BC, which mentors families parenting children of African heritage.

But it’s not just about culture when you’re an adopted adult, says Zepeski; it’s also about family values. Her values were strongly rooted with her adoptive family. "I think it’s very important to teach your child your culture. But I think it’s important to recognize all areas of your culture,” she says. “We’re not necessarily just Caribbean—we’re Canadian.” 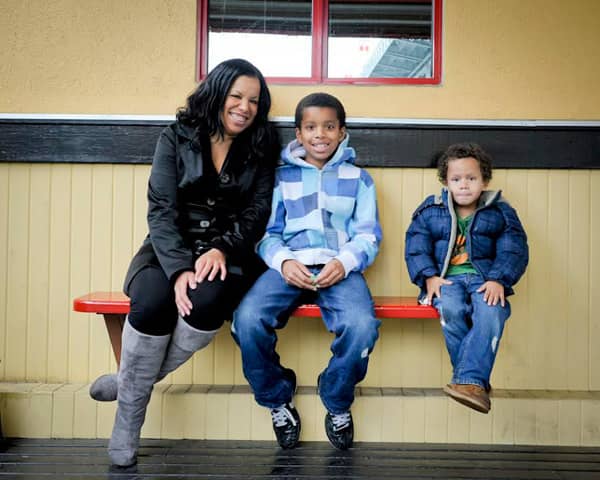 Zepeski says arming her children with their cultural and racial history helped open up a dialogue around the issues of race and racism. “My older son endured a lot of bullying, and it was all to do with skin colour,” she says. “I think knowing your cultural past helps you to be more connected.”

Tips for adopted adults
“I encourage proactive parenting,” says Lee Crawford, a Vancouver registered clinical counsellor who works with adoptees for adoption therapy. “I have parents make a proper family tree or a genogram so the children understand who belongs to whom, and I spend a lot of time just pulling out the [family] players for kids to understand This is your mother’s family system because she was adopted, so she has another family system. If you put it on paper, they can understand.”

How do you share your family history and cultural background with your children? How has it helped to keep you connected with your past? We’d love your comments below!

More on adoption:  Nia Vardalos on her path to motherhood. For more on parenting after being adopted over at MasalaMommas, click here.

This series is presented in partnership with MasalaMommas, an online magazine for today's moms with a South Asian connection. You can sign up for their newsletter at the link above!

Parenting in a global culture: Adopted adults connect past and present