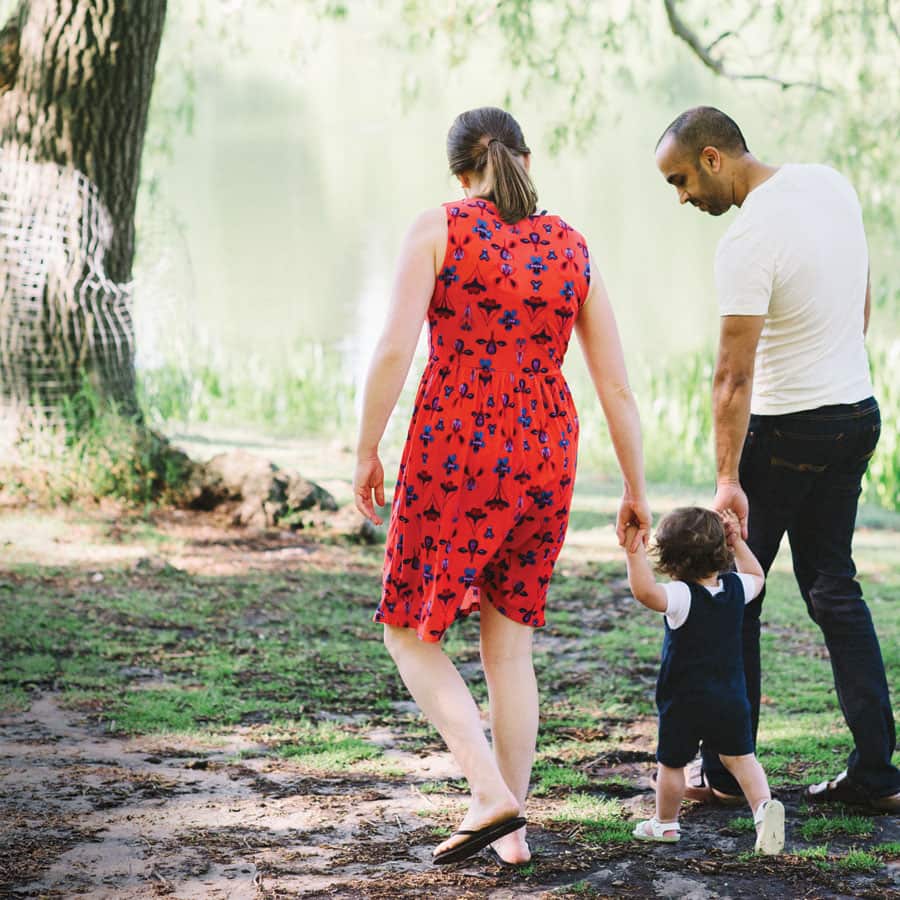 Neil Pasricha's wife, Leslie, began to feel ill before boarding the plane to come home from their 2013 Southeast Asian honeymoon. She took a trip to the airplane washroom, returned to her seat and said excitedly to Neil, "I'm pregnant!" While the plane was on the tarmac, she had taken a pregnancy test.

"I had the classic 'OMG, I'm going to be a dad' moment," recalls Neil. "I thought, How am I going to be a good dad? How do I impart a value system to my child? What is my value system? All these questions were flying around in a mind-spinning way." Most importantly, he wanted to teach his unborn child how to be happy and live a fulfilled life.

The pursuit of happiness is a topic Neil is familiar with. Back in 2008, Neil started writing his award-winning blog, 1,000 Awesome Things, when he needed to boost his spirits in the midst of his crumbling first marriage and his friend's struggle with mental illness and eventual suicide. Then, in 2010, he released the bestseller The Book of Awesome, a continuation of his blog that celebrated the simple delights in life. Later, in 2015, he founded The Institute for Global Happiness, an organization that offers simple resources for individuals and employers to help them achieve contentment. In addition to this "happy" work, Neil was also the director of leadership development for Walmart Canada in Mississauga, Ont., a position he left earlier this year in order to focus more on his family and his work as an author and a speaker.

The morning after Neil learned he was going to be a father, he began to write a letter to his unborn child, describing what he had learned about being happy. Almost every morning for nine months, he set his alarm for 5 a.m. and wrote some more. By the end of Leslie's pregnancy, Neil had written a 300-page manuscript describing his nine secrets for living happily. Just days after sending the manuscript to a publisher, his wife went into labour, and his son was born.

That letter eventually became Neil's latest book, The Happiness Equation, a read that's full of anecdotes, scribbles, interviews, emerging science and inspirational quotes. The first line he wrote to his child appears on one of the opening pages: To my baby, I wanted you to have this in case I didn't get a chance to tell you. Love, Dad.

What sets Neil's book apart from the many others on the subject of happiness
is the simplicity of his premise: You don't need to achieve any goals or seek external motivators—happiness is about changing your perspective, not changing your life. The book's subtitle summarizes this theme: Want Nothing + Do Anything = Have Everything. "The gift I'm trying to give my son, and our future children, is that you don't have to chase happiness," Neil says. "It's going to feel like you have to, but happiness is already inside you."

The Happiness Equation also recommends meditating, writing down the things you're grateful for and finding the value in doing nothing once in a while. Neil calls this "creating space," where you neither think nor do anything, which helps you recharge and tap into creativity, making you more productive upon returning to work. His son, now two years old, helps him on that front. "When you have a child, it's easier," says Neil. "You can have a Saturday where you don't do anything but hang out. It's beautiful." 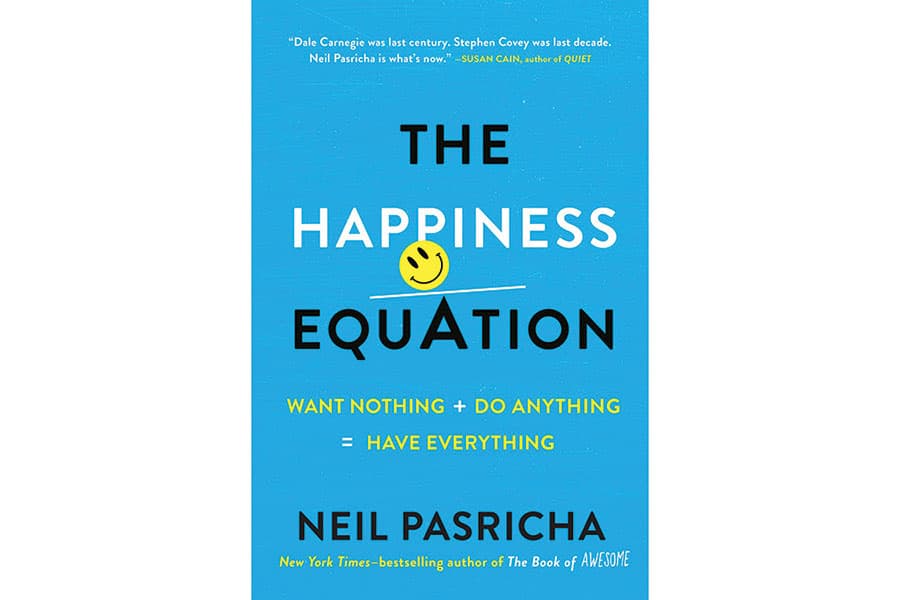 1. Have breakfast with my son.
"He'll eat breakfast for an hour," Neil says. "It's one bite every five minutes. It's a very mindful practice."

2. Make the bed.
This simple activity provides a sense of order and productivity. "If you're going through a period of stress, the act of making your bed can help you feel in control."

3. Meditate.
"I plug in my headphones and do a guided meditation with the app Headspace."

4. Go for a walk or hit the gym.
Neil cites a study from Duke University that reports that three 30-minute walks per week can improve recovery from depression.

5. Write down three things I want to do that day.
"Writing a list of three things forces items four to 22 off your list," says Neil. "You have to make choices. A big part of my book is about making space in your life."

More ways to be happy:

Listen to… A podcast called The Tim Ferriss Show, in which high-profile performers and experts share their secrets to success.

Read… On the Shortness of Life by Seneca, about the art of living.

Follow… A blog called Raptitude by Winnipeg blogger David Cain. The tagline: Getting better at being human.

Dive into… Fiction, like the short stories of Alice Munro. "It's emotional growth to read fiction," says Neil. "I can be a girl when I'm really a boy, or I can be an old man or a baseball player."

Read more:
How your relationship with your dad affects your romantic relationships
10 best books for Father's Day 2016
Daddy's girl: The story of the best/worst relationship of my life
I realized that bringing joy to my kids is the only job that matters
Adorable photos of our favourite celebrity dads
40 Father's Day gifts under $50
Justin Trudeau: Snapshots of Canada's favourite dad
Dad and me: CL editors talk about their papas
My dad died in his sleep, and I never got to say goodbye
As soon as I saw my son, alarm bells went off in my head


This story was originally part of "Handing Down Happiness" in the June 2016 issue. Subscribe to Canadian Living today and never miss an issue!