STEM is one field that could use some major equality improvement. We talked to Professor Janet Rossant, a recent recipient of the L’Oréal-UNESCO For Women in Science Award, about her career, her role models and how she thinks Canada can make adjustments for women in STEM.

Finding a role model when growing up can be life changing, steering us in directions we never would have considered as a career. For women in STEM (science, technology, engineering and mathematics), finding someone to look up to has been especially hard. In a 2017 study, women represented only 25 percent of the workforce in STEM in Canada, which is lower than the global average of 28.1 percent. Another troubling stat: in 2015, women who graduated with bachelor’s degrees in STEM earned just 82.1 percent of the earnings of their male counterparts (according to catalyst.org a global nonprofit working with some of the world’s most powerful CEOs and leading companies to build workplaces that work for women).

Enter Professor Janet Rossant, one of five recent recipients of the L’Oréal-UNESCO For Women in Science Award. Professor Rossant, the North American Laureate, received the award as it celebrated its 20th anniversary, and was acknowledged for “her outstanding research that helped us better understand how tissues and organs are formed in the developing embryo.” Professor Rossant, a senior scientist at The Hospital for Sick Children, a university professor at the University of Toronto and the president of the Gairdner Foundation, spoke to us recently about what the landscape looks like for women in STEM in 2018, who she looked up to while she pursued her career and what needs to happen to help more women enter the field. 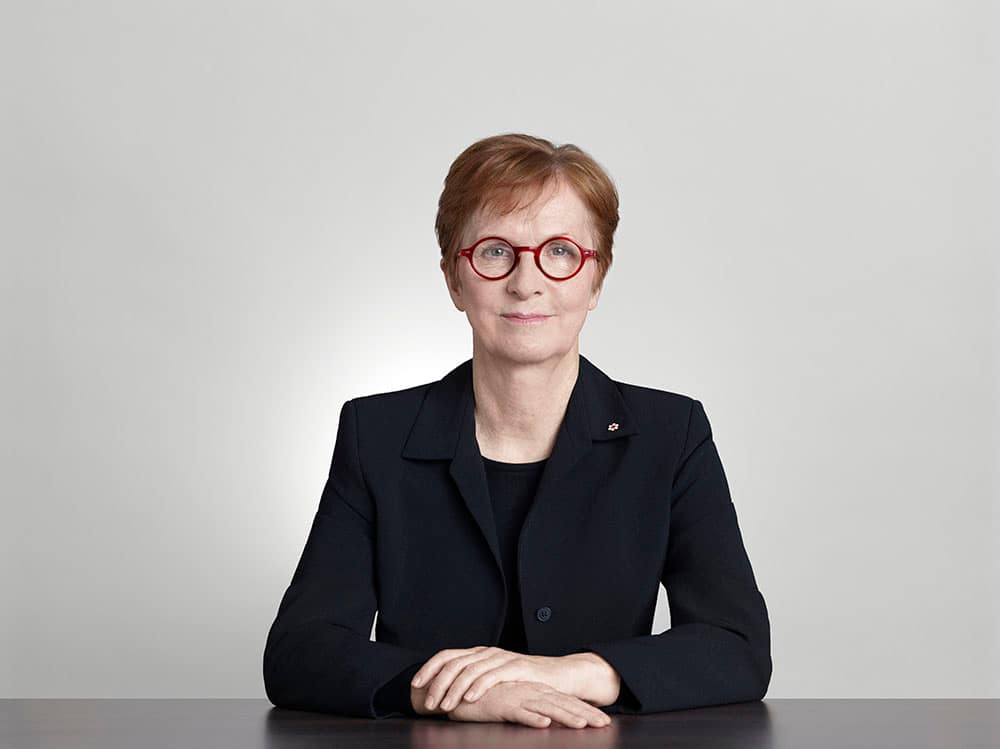 How old were you when you knew you wanted to work in science?

My interest in science began in high school. I was always interested in a wide breadth of topics, from history to the sciences, but I was lucky enough to have a very good female high school biology teacher who strongly influenced me. She really looked out for her students and encouraged them to take up science, move beyond the classroom lessons, and to pursue it at the university level.

Did you have someone that you looked up to in the field when you were younger?

I have been lucky to have many mentors throughout my career, but my first major influence was the older sister of a school friend. She was a researcher in developmental biology in London and was a tangible example of the opportunities that were available.

Who were or are your mentors?

I have had many mentors and supporters who have helped to guide me at different stages of my career. Early on as a graduate student in the UK, Richard Gardner showed me the secrets of working in developmental biology and has closely supported my career ever since.

When I moved to Canada I did not have a job lined up. I had married a Canadian that I met at Cambridge, but had to learn how to find my own way in the North American science scene. Two colleagues I knew through our shared interest in developmental biology, Tom Wegmann at the University of Alberta and Verne Chapman of Roswell Park Cancer Institute in Buffalo, NY, told me about the best conferences to attend and paved the way for me to establish myself in North America.

As a mouse geneticist, one female scientist in particular was a universally formative figure in the field. Anne McLaren was an accomplished developmental biologist in the UK and a strong supporter of young scientists as a whole and women in particular.

What do awards such as being named the North American Laureate for the L’oreal-Unesco Women in Science Awards mean to you?

I feel very privileged to receive the L’Oréal-UNESCO Award in the company of four outstanding women scientists from around the world. L’Oréal and UNESCO have made a strong commitment to encouraging, promoting and recognizing women in scientific careers. To me, this is a particularly meaningful award as its international focus is recognition that science knows no bounds. It was an honour and a pleasure to have been recognized alongside such accomplished women and during our time in Paris to have also met with 15 Rising Talents from all parts of the world who are beginning their own careers and are ready to make a difference.

Is there any advice that you would give to younger women who are looking to work in STEM? Or male-dominated industries in general?

Today there should be no barriers to women in fields like mathematics, science, computer science, and engineering. As a society we need to access and use all the skills we have. If we leave 50 percent of the population, the females, behind we will not be ready to face the global challenges ahead.

As we move into a technology-focused era, science education will also be very important for everyone. If you pursue science into a research career, that is great, but even if you don’t, that knowledge will be useful and marketable in many areas. We need to encourage greater science literacy in society and governance as a whole.

My best advice to young women is to go for it! Fight any barriers you come up against and do not be afraid to reach out to others who can help you break them down.

I started my first faculty position in 1977, at a time when even in the life sciences, women were not a majority at an undergraduate level, and were an even smaller proportion of those in the physical sciences. While this has changed, women are still not represented in the advanced careers and leadership roles in the way I hoped they would four decades on.

It is important that we make proactive efforts and work to be conscious of our unconscious biases. This kind of engagement will allow women to take their natural leadership roles. I am encouraged by the current federal government’s focus on gender equality in all areas. It is an environment that should be encouraged in all aspects of our society.

In honour of International Women’s Day, we're looking to the women in our communities who have served as an inspiration in their careers and lives