In honour of Engineering Month in Canada and International Women’s Day, we spoke to award-winning scientist Molly Shoichet. She is a Professor of Chemical Engineering at the University of Toronto, where she also leads The Shoichet Lab, which studies regenerative medicine, tissue engineering and drug delivery. A champion of women in STEM (science, technology, engineering and math), Dr. Shoichet has received a variety of accolades, including the L’Oréal-UNESCO For Women in Science International Award, Officer of the Order of Canada and the NSERC Gerhard Herzberg Canada Gold Medal for Science and Engineering. We asked her about working in STEM, the representation of women in the field and what excites her in the world of science.

Canadian Living (CL): tell us a little bit about the work you do at your lab.

Molly Shoichet (MS): We’re trying to solve problems in medicine and answer questions in biology using the tools of engineering and chemistry. We’re inventing the future of medicine. One half of my lab is focused on trying to regenerate tissues in the central nervous system—the brain, the spinal cord and the retina—after disease or injury. For example, for a retinal disease like age-related macular degeneration, we’re working to figure out how we can regenerate those cells that are dying and leading to blindness in the back of the eye. We’re inventing new materials in which to deliver cells and therapeutics and new ways of delivering those cells and therapeutics so that they survive and integrate into the neurocircuitry. The other half of what we do is in cancer research, where we’re trying to kill cancerous cells, and so we’re kind of at two extremes. But there’s a lot of overlap in the tools we’ll use or develop. I sometimes think of our lab as the FedEx of drug and cell delivery because we think about the packaging of the materials that get those cells and drug therapies where they need to be, when they need to be there. That’s why I say we’re inventing the future for medicine, because these things don’t exist. Our goal is to advance knowledge and with that knowledge try to commercialize those new ideas through start-ups or in collaboration with existing companies.

MS: If you look at the leading labs around the world, we’re all trying to solve problems that no one has ever solved before. Representation is important in STEM because it’s where we find the big challenges we face—it’s the future of our world. We need to pull all of society into finding solutions. We have to change the way we’re doing things if we’re going get different results. I think that’s why it’s important to bring different sectors of our society into science and excite them about the possibilities—they’ll bring different expe­riences and different perspectives to solving these big, thorny problems.

Molly Shiochet won the L’Oréal-UNESCO For Women in Science International Award in 2015.

CL: One organization, Engineers Canada, has set a goal to raise the percentage of newly certified engineers who are women to 30 percent by 2030. Is the issue of representation more pressing in engineering than in other STEM fields?

MS: The STEM fields that tend to attract more women are in the health sciences, biology and medicine. In electrical engineering, computer science and physics, that’s where we have an imbalance; there’s an imbalance everywhere but it’s even bigger in those fields. I think it’s fantastic that Engineers Canada has taken on that bold initiative. Over the past couple of decades, the number of girls and women interested in STEM has increased; there are more women in engineering as undergraduate and graduate students than there ever have been.

CL: Who inspires you, and What have you learned from them?

MS: My mom was an inspirational trailblazer for women in business; even though she wasn’t a scientist, she was a huge role model for me. I’ve had so many great mentors and so many great advocates. I think the most important lesson is to believe in yourself—and if you do, other people will believe in you, and that self-confidence is one of the things you need to be successful. 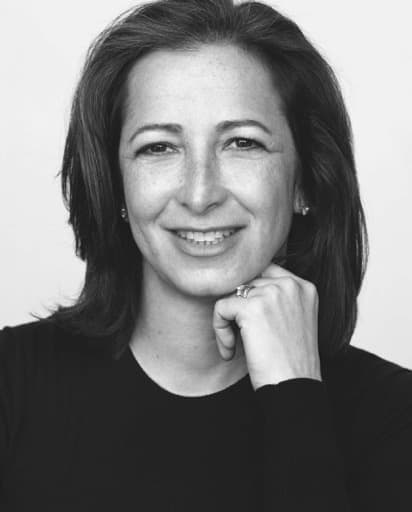 CL: What prompted you to become a champion for women in STEM? What fuels your advocacy work for women in stem?

MS: From a young age I grew up with this idea of “girl power.” I feel very privileged to be Canadian and to have grown up in a family where women and men were treated equally. I liked science and I was encouraged to pursue it. I would like to give that same opportunity to others. Another idea I learned from my mother is to go for it and don’t hold back. We want to make the world a better place, as idealistic as that sounds, and we recognize that we need women to be part of the solution. I see these brilliant women scientists in my lab and want them to reach their full potential. I want them to carry on that race; it’s kind of like a relay race, giving them the baton to take forward. When I see brilliant people, men and women, I want them to achieve as much as they can, and creating an environment in which they can be successful is highly rewarding. If I can give people opportunities, I benefit just as much as they do. When I won the L’Oréal-UNESCO For Women in Science International Award, I took some of the money and established an award in my mother’s name for women faculty in science—it’s very rewarding and exciting. 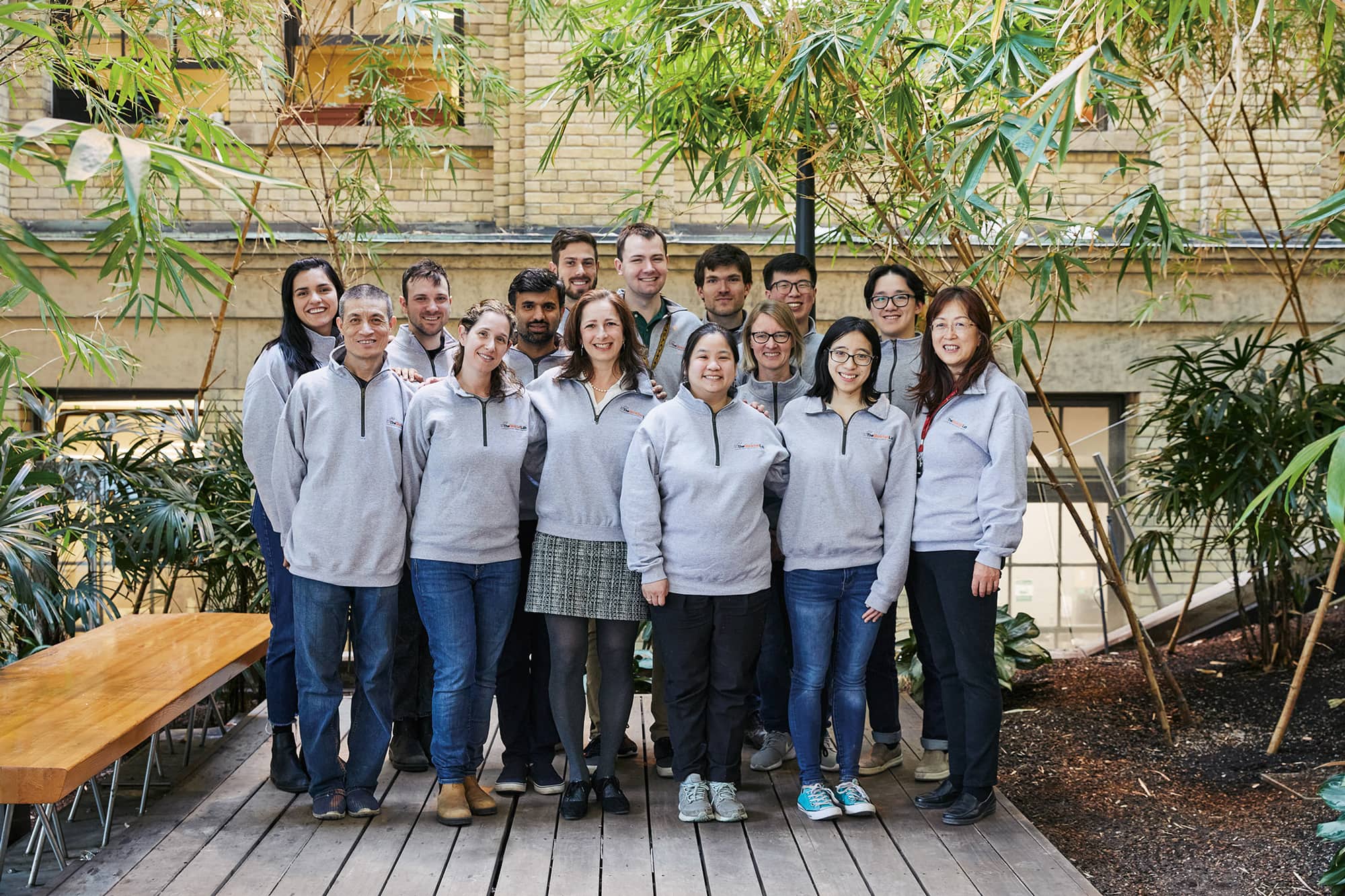 CL: As a woman and a leader, in what ways do you run your lab differently?

MS: There are a few things that we’ve done since day one, which are very intentional. I’ve kept equal representation of men and women; it may not be exactly 50-50 but it’s about 50-50. I think it’s really important to have different voices; not just different genders, but let’s start there. The other thing I’ve been very intentional about is inclusivity; we have a very inclusive environment. In terms of ideas, you never know who’s going to have good ideas, and it’s also not necessarily me. I have the strategic vision for the lab, but that doesn’t mean that others won’t be able to contribute to that vision and impact it. Giving voice to everybody, encouraging them to ask questions, to propose new ideas in the lab and in the context of the science that we’re trying to advance is important to me. It’s a great environment because it allows me to learn from my students and the people around me. It’s one of the things I really love about my job.

CL: What’s something that people may not know about working in STEM?

MS: One thing is communication. We write papers, we publish them in journals and we transfer knowledge through seminars and lectures. Communication of science is critical because it’s not just about how the message is delivered; it’s also about how it’s received. Even when we write a grant proposal to fund our research, that’s communication. We have to convince our peers that we have good ideas, and that we have the capacity to put them into action. Another thing people may not know is just how much strategy there is to science—like how do we pay for the research we do? I’m grateful to all the taxpayers because a lot of our research funding comes from federally funded programs, and that’s important. There’s a huge amount of strategic thinking before we do one experiment in the lab. We will have done a lot of research to make sure that that it’s worth doing and we’re going to do the experiment right.

CL: You’ve also co-founded an online platform, Research2Reality, that highlights the work of scientists across Canada. What inspired you to start this project and why is showcasing research in Canada important?

MS: I remember being so inspired by the Toronto International Film Festival and how it brought the world into our backyard. I saw all this amazing science, innovation and invention and thought it would be great if the world could know more about the research being done in Canada. I had this very nascent idea of taking advantage of the power of film to tell science stories, so I teamed up with Mike MacMillan, a feature film producer, and together we co-founded Research2Reality. We took that idea and expanded and developed it. Given that most of our research is funded by the public, how can they think that it’s a priority for their tax dollars if they don’t know it exists? There’s so much research going on in all sectors of society, not just STEM, that impacts the way we think and our policies. I thought, Wouldn’t it be fantastic if we could bring the public into our world and use film as a way to engage them? It’s been super fun, much harder than I thought it would be. I’ve learned so much and been so inspired by people across Canada.

CL: What excites you about your research?

MS: One thing I’m really excited about is the translation of research. How do you take a scientific advancement out of the lab and turn it into a product that could make a difference for somebody? Because we’re working in that intersection of engineering and medicine, two very applied fields, we are very interested in translating our inventions into innovations, and ultimately products. I’m excited about translating science and starting companies, or working collaboratively with other companies, to take our inventions out of the laboratory and into the public sector.

CL: What is something that canadians can do to empower girls and women to pursue education and careers in STEM?

MS: Parents have such a huge influence on their children. If we can put our biases aside and work against them to empower our children, to empower our daughters to have confidence in themselves and to pursue careers, that will be huge. But I will say, if we’re trying to change society, we can’t do that by only asking half of the population to change. We need to empower our children to make that change. Our sons need to value our daughters and our daughters need to value themselves in their careers. I don’t think any career is easy, but if you work hard and you enjoy what you do, you’re going to enjoy your life. You’ll have a very fulfilling life if you pursue a challenging career. And in STEM, you’ll have the opportunity to invent the future. To me, that is so exciting!

If it’s a mocha, I’ll have that; otherwise, ginger tea.

What essential items do you keep on your desk?

What do you do to relax after a long day?

I really like to laugh, so a short comedy show. I like Saturday Night Live. But before bed, I always read to relax.

Nonfiction. I’m reading a horrifying book about cyber security right now, so I’m not sure how much that’s helping me relax!