We talked to a trend forecaster to see what we can expect for 2017. Here's what she had to say.

Do you ever wish you could see into the future? Well, for Sheryl Connelly, in-house futurist at Ford Motor Company, this is exactly what she does for a living. For over a decade, Connelly and her team have been forecasting trends and producing a comprehensive list that covers everything from consumer shopping habits to the changing job landscape and societal shifts. This data, collected globally and by country, helps anticipate customer needs and determines how these factors will impact changes globally.

Female Frontier (Revisited)
Progress on the female front is slow—82% of adults feel that men and women aren’t viewed as equal. But 78% of people think women have more opportunities than just three years ago. Good news: The number of female billionaires continues to be on the upswing. Women make up 10.4% of the world’s billionaires, compared with 9.7% in 2014. Some of the wealthiest people in China are women, and there are more female than male entrepreneurs in the G8 countries.

The Good Life 2.0
The definition of prosperity seems to be changing across the globe with more people valuing wellness over wealth. Seventy-one percent of Canadians agree “prosperity is more about happiness than wealth.” And, the overwhelming majority (regardless of age) find it annoying when people are showy with their money. Wellness travel is now a $563 billion dollar global industry—up 14% in the last two years. More than 690 million wellness-focused trips were taken worldwide in 2015. And Millennials, instead of booking a stay at a five-star hotel, are using vacation time to book yoga retreats.

Time Well Spent
Along with wealth, the concept of the currency of time and how it’s used is changing. It’s not about spending more time working or on FOMO, but carving out more “me time.” In the global survey, the question: Which of the following do you consider a productive use of time? The responses included: 19% daydreaming, and 57% said sleeping. Thirty-one percent of Canadians agreed that procrastination helped them be productive. Connelly thinks that if someone has an idea, then the seemingly off-task activity of walking the dog or taking a shower could spark some new thoughts.

Some resorts have picked up on the importance of time, and lock up customers’ cellphones so they don’t overuse it on vacation.

Sustainability Blues
In 2010, the United Nations officially declared water a “human right,” and this resource continues to be a growing concern. In Canada, 48% versus 81% in India agree that “they have changed their behaviour in the last year as a direct result of concerns related to water. One smart solution: Nozzle, described as “the world’s most extreme water-saving gizmo.“ It transforms tap water into a mist, which provides the adequate amount needed instead of an unnecessary stream.

Revisiting Trust Is The New Black
Remember the dress debate (gold vs. blue http://news.nationalpost.com/arts/is-this-dress-white-and-gold-or-blue-and-black-tumblr-photo-sparks-unlikely-online-debate)? Well, it seems that when it comes to news and information, it’s all about perception. Eighty-percent of adults globally agree that today’s media outlets offer more opinion instead of objective news coverage.

Decider’s Dilemma
With so many choices at our disposal, it seems the endless options are making us reluctant to commit. Nearly every person in China–99% –agreed with the statement “The internet creates more choice than I want.” Seventy-seven percent of Canadians agree: “the quest to find ‘something better’ is never-ending.” Even when it comes to dating, the options can be daunting. Most respondents feel that online dating sites make it harder to commit to relationships. Housing service Roam has tapped into this footloose trend, allowing customers to sign one lease and live in any of its properties across three continents for as little as a week at a time.

Tech Spiral
Technology has undoubtedly provided many beneficial, convenient and efficient perks. But many people agree that it’s making us dumber, less polite, sleep deprived and contributing to obesity. A study found that kids who spend two to four hours a day on digital devices outside of class are 23% more likely not to finish homework, compared with kids who spend less than two hours.

The Parenting Trap
From free-range to attachment parenting, the spectrum of child rearing styles is endless. Japanese parents let their kids ride the subway at the age of eight while others monitor their every move via an app. Once children reach the workforce, there’s uncertainty about the climate and options that will be available to them. According to the World Economic Forum, 65% of children entering school today will work jobs that don’t currently exist. Making a guidance counsellor’s job even more difficult.

Community Ties
Today, the idea of community takes on many forms, shapes and sizes–both online and off. Many are seeking more from their fellow citizens and companies. Eighty-two percent of adults globally agree that they are more likely to support companies that prioritize purpose over profit.

Championing Change
Increasingly, the idea of being an architect of change is shifting from institutions to individuals, with people taking more responsibility for their actions and the impact it has on society. Eighty-six percent of adults globally agree that they should pay closer attention to the production ethics of the products they purchase. 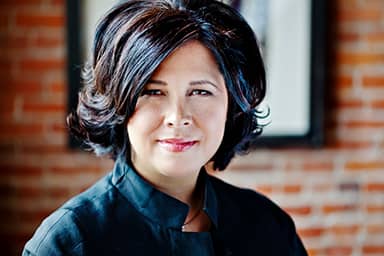 What a top trend-hunter has to say about 2017