In this excerpt from her book, Money Talks, Gail Vaz-Oxlade explains how to overcome common money issues that can drive a wedge between partners.


Lucas grew up with parents who had very different views on money. While his mom was very frugal, his dad was the "good guy," buying toys and planning vacations. They fought often about money because his mother's dread of being in debt came up against his father's desire to have a great life. His parents ended up divorced, and Lucas decided then and there he'd never fight about money. Having lived with his mother for a good part of his formative years, he adopted her sensible spending habits.

When Lucas met Elania he was immediately taken with her spontaneity and joy. When he was careful and deliberate, she was reactive and unrestrained. She was in something of a financial mess when she and Lucas decided to live together, but Lucas was patient and helped her figure out how to deal with her student debt and credit card balances.

When they decided to get married, they both agreed that the wedding should be small and intimate. Lucas suggested they each make a guest list and a wish list of how they wanted their wedding to look and then compare. He was somewhat horrified by Elania's list. She wanted to invite 130 people to a full dinner and open bar. "Do you have any idea what this would cost?" he asked her.

"You were the one who said to 'blue sky,'" she laughed at him. "It's all up for negotiation." Then she took a look at Lucas's list. He had a guest list of 15, wanted to have an afternoon wedding with a light lunch, and then head off immediately for the honeymoon, which he thought they could book last minute so they'd get a great deal. Elania sighed.

She was marrying her father.

Elania came from a single-parent home with three siblings and a father who worked two jobs to make ends meet. Her mother had died when she was just three and her father was always pinching pennies. While Elania had big dreams for her career and her life, her father had always harped on her to be realistic. "You have to live within your means," he said. "You have to be careful with money because it's hard to come by," he said.

And now here she was, marrying a man who thought so small it made her want to cry. She loved Lucas to bits, but she didn't know if she could live a life in which she had to be careful to colour within the lines.

There's no question that our early lives with our parents have an impact on how we use money. Did you have a controlling father who always had to have the last word? Was your mother totally dependent on him for every decision made in the household? If your mate shares characteristics with your dysfunctional parent and you're being cast in the opposite role, you could very well have brought to life the archetype so often retold in our mythologies—that girls marry their fathers and boys marry their mothers. If you don't want to unconsciously follow a pattern that could be destructive, you must be aware of how your history is impacting your present.

Tanishia was a style hound. She liked to look good and was determined to have the best of everything. When she and Zane married, he was stunned as he watched boxes upon boxes of clothing and accessories come into their new home. He loved that she always looked beautiful. When he entertained clients over dinner, Tanishia's style made a great impression. But he had not been prepared for the sheer volume of her stuff.

Tanishia couldn't let go of anything. She had come from very limited financial circumstances, wearing hand-me-downs for most of her life. Now that she earned her own money, she was never going to wear anything but the best. But she also couldn't part with anything she'd spent good money on. So, all her life—she was 30 now—she had "invested" in good pieces and now she had enough stuff to fill their basement.

Sometimes our money styles come not only from what our parents said but also from how we responded in our early lives. While our parents may have been careful with money, we may be sick and tired of always watching our pennies. If our parents were constantly fighting debt, we may never want to repeat the stress and conflict that came with that debt.

Most couples have financial differences, but it is possible to overcome them. First, you have to identify how you and your mate's money styles vary. Next, you'll have to find ways of addressing those variations. Here's one way:

1. Make a plan to talk
Alex said to Brett, "I think before we go any further with this wedding planning, we should sit down and talk about how we both feel about our money. I know we're going to have different attitudes, so let's talk about them."

Brett thought that was a great idea. They made a date for the following Saturday night and Brett said he'd cook. Alex went to the library. There were a lot of books about money, so Alex focused on finding information they could use to help them uncover differences in their styles.

2. Compare opinions in six important areas: saving, spending, gifting, debt, acquisition and money management
"Here," Alex said, handing Brett two sheets of paper. "Rank each of these statements from one to five,  depending on how you feel about the statement. One means you strongly agree. Five is the one you agree with the least. Then we'll compare our answers and talk about why we answered that way."

3. Negotiate financial strategies that are comfortable for both parties
As they talked about their differences, Brett realized that his frugality felt like chains to Alex. Alex realized that money in the bank was important to Brett because it helped him feel more confident in their ability to cope with whatever life threw at them.

"So, if we work to build up an emergency fund, that'll make you feel better?" Alex asked.

"Yes," Brett said. "Having a healthy stash of cash will go a long way towards making me feel safe. But I know you want to be able to have fun too. So, how do we balance the two?"

"Well, how about we set a goal of having the emergency fund in place by a specific date? Would that help you?"

"Then we can also give ourselves an allowance for fun so that I don't feel like you're trying to save all the money."

"I like that idea. How much do you think it should be each month?"

"You write down the number on a piece of paper and I'll do the same. Then we'll negotiate somewhere in between."

Some of us come to new relationships with bizarre or irrational attitudes towards money. Unconsciously carrying emotionally charged memories from our youth, we don't even realize how our past is shaping our future.

If you and your mate polarize over money, each defending your territory to the death, you're going to have a miserable relationship. If you can find a way to use each other's strengths to make the family unit stronger, you're much more likely to have a happy and peaceful life together. Planners can help dreamers make their dreams come true. Dreamers can help planners come up with ideas they may never have been able to generate on their own. Spenders can help savers learn to have fun. Savers can help spenders set aside a little sumthin' sumthin' so they have options in the future. 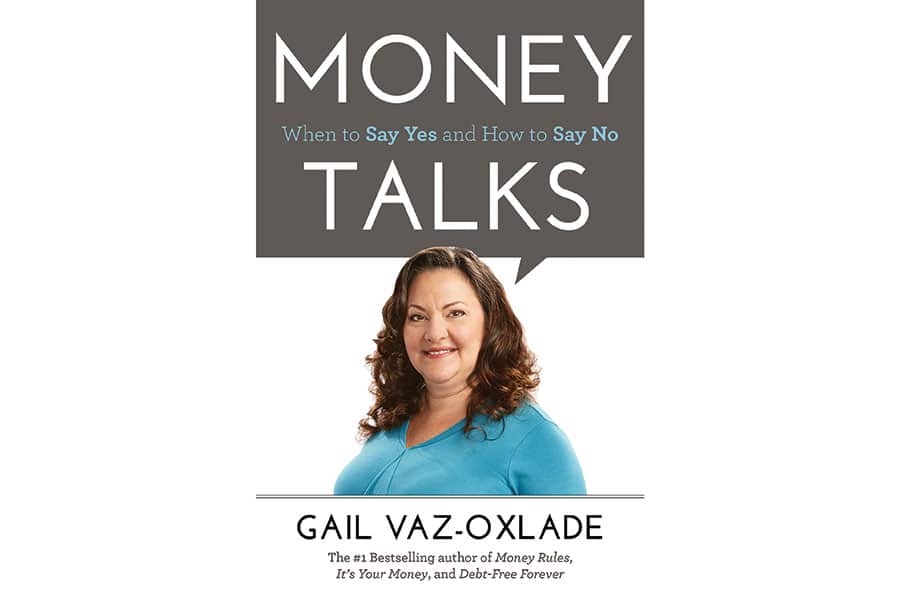 Check out these four tips for talking to your partner about money.

This story was originally part of "The Great Divide" in the July 2016 issue. Subscribe to Canadian Living today and never miss an issue!

What to do when money becomes a problem in your relationship