After a rough start in life, these dogs found safe and loving homes through Ontario dog rescue Save Our Scruff.

Looking for your daily dose of the feelgoods? We have it right here. 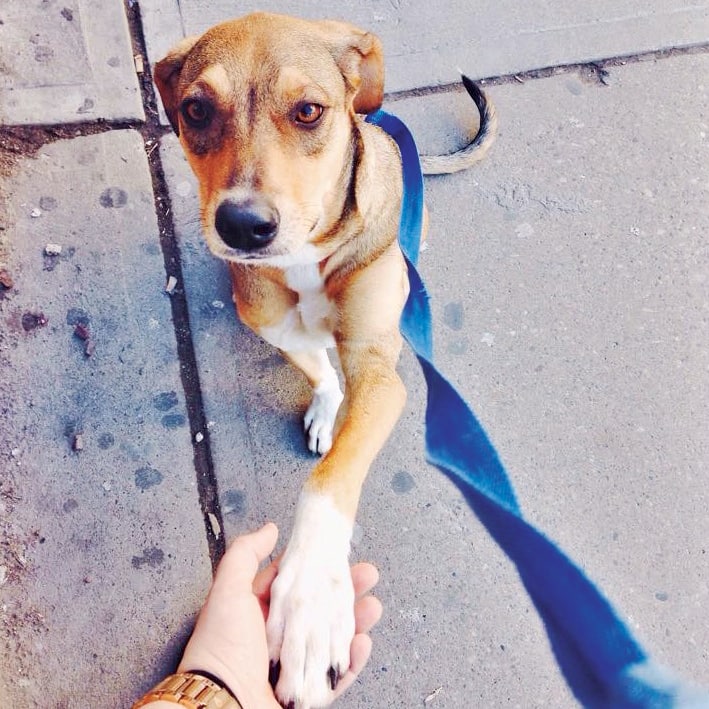 The runaway
Dominican Republic street dog Elsa was timid when she first arrived in Canada. She couldn't walk on a leash, she was scared to pass through doors or enter elevators and she held her bladder for two days straight. Jasmine Dhugha, Elsa's foster mom, tried removing her leash in a fenced-in park in the hopes that she would feel more comfortable. But Elsa bolted and jumped over the fence. "My heart dropped and I starting running," says Jasmine. "Elsa didn't know her name yet, so she wasn't responding to me." Jasmine thought the pup was gone for good, but after many social media postings and search parties were organized, Elsa was found nearly 24 hours later.

After three months, she was adopted by another family, but because of allergies, the adoption was destined to be temporary. Then, Elsa escaped again. "It was heartbreaking," says Jasmine. "I kept thinking, If I had adopted her, none of this would have happened." That night, a team of volunteers scoured the neighbourhood unsuccessfully. Thankfully, Elsa was sitting on the front porch of her adopter's house by morning. When Jasmine picked her up, Elsa was overjoyed. Jasmine decided right then and there that she would adopt her. They've been together ever since. 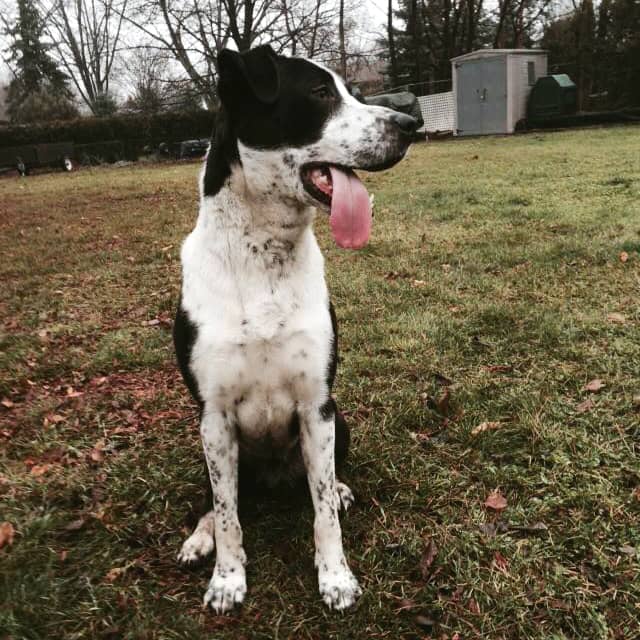 A lost cause
"I'm very good at detaching myself," says SOS founder Laura Bye. "But a few dogs have hit me in a vulnerable spot." Surrendered by his Montreal owner, Bingo was unfit for a regular foster home because he was unpredictable and distrustful, so Bye took him in. "He was big and he could control me," she says. Several trainers and other rescue organizations told Bye to euthanize the dog, but she had grown attached to him despite his behavioural issues. A successful campaign through GoFundMe raised enough money to send him to long-term training with Jessica Kelly and Brent Alvey of Complete K9 Care in Peterborough, Ont.

When Jessica and Brent first met Bingo, he trusted them quickly because they were respectful of his space. "I've dealt with stress and anxiety in my life and it's not a comfortable feeling," she says. "Almost all of the dogs that we train are overwhelmed by their surroundings—just existing is stressful." Bingo slowly began to trust his trainers. "With Brent and me, he's not the Bingo that everybody knows. He's just a silly, happy puppy." They continue to work on desensitizing Bingo to stressful situations while giving him plenty of love, exercise and soothing massages. Because the couple already own six dogs, they're looking for an experienced dog lover—someone into dog sports, such as dock diving or fly ball—to adopt this athletic pup. 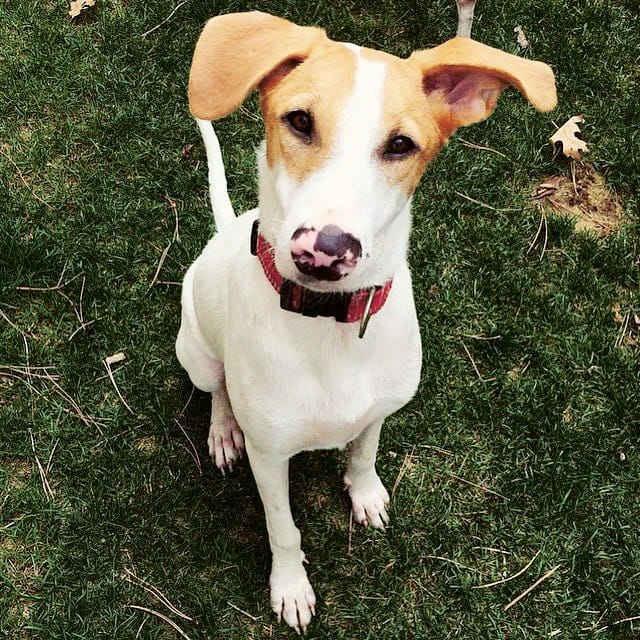 Starved for affection
Just say the name "Vincent" and SOS executive director Allison Wills starts to tear up. "He's my soft spot," she says. Earlier this year, a rescue volunteer in the Dominican Republic came across the four-month-old puppy crouching in an open backyard—he was skin and bones. "She sent us pictures and I started crying," says Wills. Because his owner couldn't afford to feed him, Vincent had been eating dirt and rocks, causing damage to his teeth. When Vincent finally came to Canada, Wills fostered him for a few weeks, teaching him not to pick up or chew on pebbles.

Vincent's adopters are Heather Coates and Jon Varley. Heather says meeting him was love at first sight. "His personality matches his goofy face and helicopter ears. And have you seen his nose?" she squeals. (Vincent has a spotted schnoz.) "It sounds cheesy, but it was the beginning of our little family. It's fun to come home to somebody, and you get welcomed with the best love ever."

These rescue-dog success stories will make you tear up