With the help of volunteers nationwide, nonprofit organization ElderDog Canada rehomes senior canines with senior humans in need of companionship—and enriches the lives of both in the process.

A loyal chocolate Lab whose russet fur had faded to white around his muzzle, Mister Brown was devastated when his owner suddenly passed away at the home they shared.

In the days that followed, Mister Brown stopped eating and became violently ill as he grieved the loss of his best friend—that is, until he was taken into the home of his owner's sister Ardra Cole, who already lived with two dogs of her own and could care for the elderly Labrador retriever's needs. "He had a mobility issue because he had cancer in one of his legs," says Cole of the dog who was with her for two years and has since passed, "but we would go for walks to the waterfront and I'd throw a stick into the water. He'd plunge in; you'd never have known he was sick. He could be his best Lab self and was an absolute joy to be around."

It was during those walks that Cole would think about the old and ill Mister Browns of the world that lose their companions and don't have family members to take them in—an image that haunted her. That's in part when the idea for ElderDog, a Nova Scotia–based organization with "pawds" across Canada, began to take root. Its goal? To place senior dogs with senior owners who can appreciate them, and to help elderly owners care for their beloved furry friends if they need extra assistance. 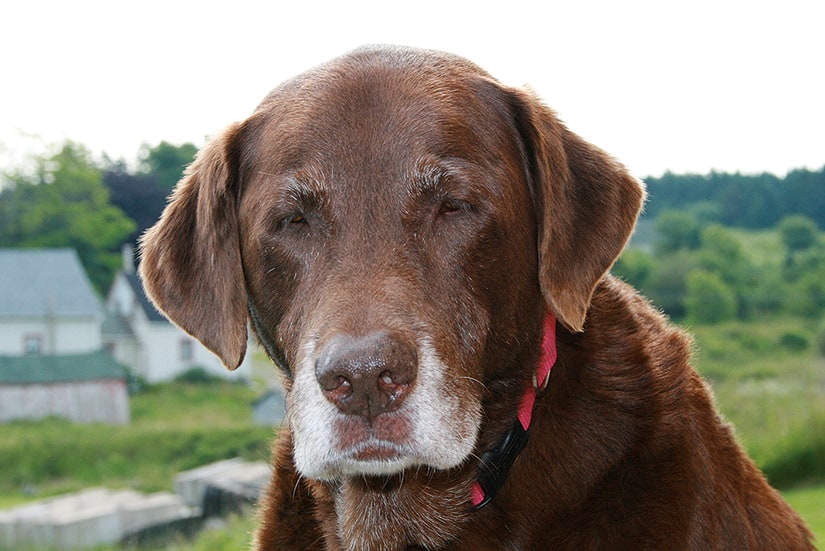 ElderDog has given Mister Brown and other dogs that have been rehomed a fresh lease on life.

"I always say that ElderDog was born out of love and loss," says Cole, the organization's founder and a researcher and professor at Mount Saint Vincent University in Halifax. "Often, it's loss that moves you forward, but ElderDog is also inspired by the love that people have for their dogs and that dogs have for their humans."

The volunteer-run organization, which launched in 2012, has two main programs; the first of which helps people such as Edmonton's Nancy Van Camp, 81, care for the daily needs of the dogs she already owns. Chester, an 11-year-old Lhasa apso, has been Nancy's "best buddy" since she brought him home as a puppy. They often sleep in the same bed, share a hard-cooked egg at breakfast and sit together when Nancy plays cards on the computer. But Nancy has mobility issues, so twice a week, a volunteer comes to walk Chester. Other volunteers assist with rides to the vet and pet-sitting if Nancy needs to go to hospital—like during a recent overnight trip she took to investigate a dizzy spell. "When I got back, the house felt empty because he was with an ElderDog caretaker," she says. "It didn't feel like home. Chester makes it home for me; I don't know how I'd live without him. So I'm glad to have help ensuring I can keep him."

In its second mandate, ElderDog rehomes senior dogs that have been displaced due to their companion's death or transition into a facility for long-term care. Because the canines are elderly, they're not as easily adopted through traditional methods. 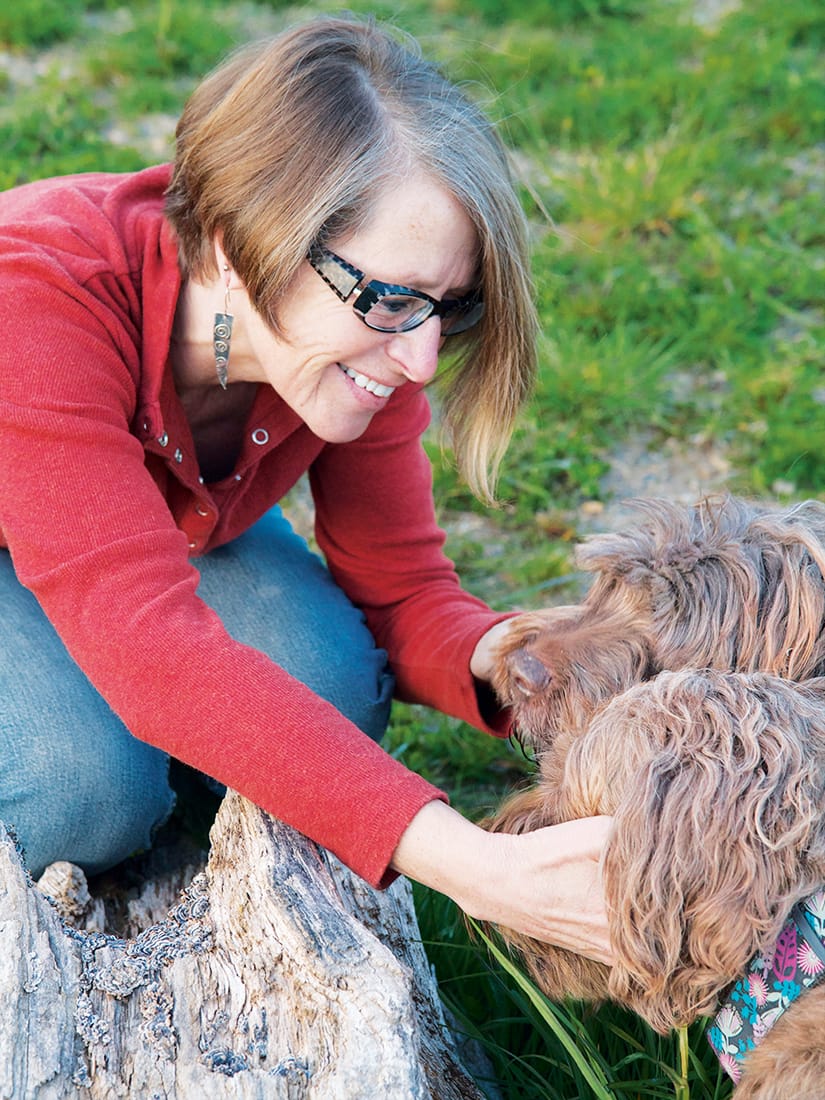 ElderDog founder Ardra Cole got the idea for the volunteer organization after adopting her late brother’s dog and seeing him transform from depressed to downright joyful.

Luckily, seniors who live alone are often desperate for "a dog to be old with," says Cole. Such was the case with 78-year-old Mary* of Cape Forchu, N.S., who was on the hunt for a new pooch since her own senior pug had fallen ill. After reading about ElderDog in her local newspaper, Mary filled out an application and received a home visit; a few months later, her perfect match, cheerful eight-year-old shih tzu mix Betsy, moved in directly from the home of her previous owners, who were unable to care for her. "I've had dogs from the time I was a little girl," says Mary. "Having one as a companion is a great comfort."

Mary and Nancy aren't the only ones who would feel lost without their pups by their sides—or who reap the many benefits of dog ownership. "One of our biggest issues in the country right now is social isolation," says Cole. Dogs are well known for treating loneliness, anxiety, depression and helping individuals cope with grief, and that's why ElderDog is so important for the many seniors living alone in Canada. To Cole, the bond between human and dog deserves to be supported. "When we hear people talk about the value that dogs offer humans, it often understates the significance that dogs play in people's lives—how much they mean to them and the extent to which humans will go to preserve that relationship and to keep their dog with them." For so many, home is where the dog is, and ElderDog wants to help people keep that home intact for as long as possible.

Husband-and-wife duo Andrew and Karen Hanlon recently helmed the launch of the CNIB Guide Dog Program and are helping many visually-impaired Canadians get a fresh new start on life.