Guillaume Côté and Heather Ogden fell head over heels for one another. Here's the story of their undeniable connection.

Everyone else acknowledged their chemistry before they did. As newcomers to the prestigious company of The National Ballet of Canada in 1998, Toronto-born Heather Ogden, then 17, and Lac-Saint-Jean, Que.'s Guillaume Côté, then 16, became fast friends. "I thought he was cute, but he had a girlfriend within, like, six minutes of being there," says Heather with a laugh. "Then, I spent the next six years chasing her," Guillaume counters. But their inherent connection wasn't lost on their directors, who kept pairing them onstage. He was flirty, she was focused. They worked well together, but, of course, they bickered, too, as good friends often do.

When they travelled Western Canada for their breakout roles in Romeo and Juliet in 2001, audiences raved about their onstage connection. Colleagues were convinced they completed each other as dancers. Still, he'd ask her to hang out and she'd say no. There was an undeniable flame, but Heather didn't want a relationship—or a breakup—to interfere with the incredible opportunity they'd been given with the ballet. 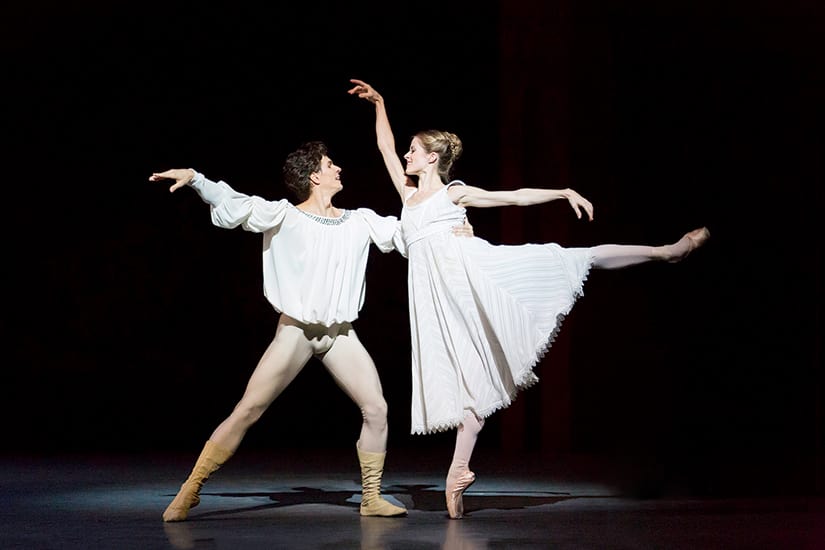 Performing Romeo and Juliet in London in 2013. | Photography: Johan Persson

It wasn't until Guillaume began guesting internationally with other companies that there was a shift in Heather's mindset. "He'd be gone for these long periods of time, and I was surprised to realize I missed him," she says. The next time he asked her out, she said yes.

They went on their first date at a Toronto pub called The Pump (both laugh about the "romance" of the venue) and fell in love quickly over subsequent outings, from baseball games to ballets, working together often and missing each other while apart. Once, when Guillaume was dancing in New York City and Heather was performing in Washington, D.C., he convinced her to take the train and spend her 24 hours off with him in the Big Apple. When she arrived at their room at the Hudson hotel, there was an iPod Shuffle on the bed filled with his favourite classical music (about which she'd been asking). "It was a modern-day mixtape," she swoons.

He proposed on the Ponte Vecchio in Florence, Italy, in 2009. He walked by the spot daily while on tour near the start of their relationship and thought to himself, If I ever propose to her, this is where I'll do it. Three years later, back in Florence with Heather by his side, Guillaume popped the question at sunset. 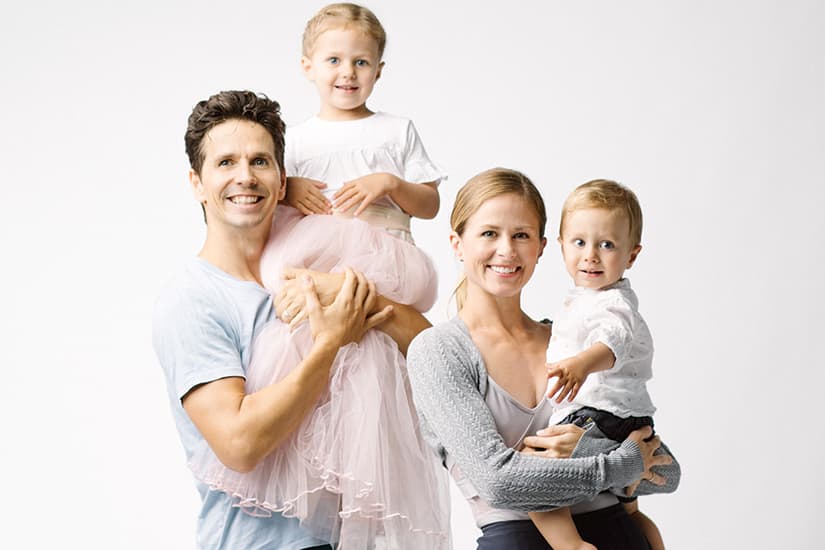 Guillaume and Heather with their kids, Emma and Léo. | Photography: Karolina Kuras

Now married with two cute-as-a-button kids—Emma, 4, and Léo, 2—these superstar dancers lead a family-centric life spliced with premier performances playing out some of the most heartwarming and heart-wrenching romances on stages from Toronto to Paris to Moscow. The Sleeping Beauty, Swan Lake, Nijinsky and The Nutcracker are some of their favourites—for audiences as well, since seeing these two dance together is pure magic.

"Dancers sometimes have their own separate agendas," says Guillaume. "But when there's love, it's different. I care just as much about my Juliet's show as she does about her Romeo. It's a different level of trust."

"I love to dance with him because not only do we have this connection but I also know he's there for me 100 percent," agrees Heather.

"She makes me a better dancer," Guillaume adds. "A better dad, a better husband and a better person, too."

A wedding guest recounts the union of two people hopelessly in love, despite their fate.