With our country's 150th birthday around the corner, Ottawa will be pulling out all the stops when it comes to entertaining, enlightening and engaging Canadians. We can’t wait to take part in all the amazing events scheduled throughout the year.

2017 is the 150th anniversary of Canada becoming a country and our capital city has an entire event-planning committee dedicated to creating the best year ever for residents and visitors alike. Ottawa 2017 (at ottawa2017.ca) is headed up by executive director Guy LaFlamme, who has spent more than 18 months imagining a year of incredible, Insta-worthy events that will happen over 12 months—all with the blessing of Ottawa's mayor, Jim Watson.

"We do a really good job of July 1st here in Ottawa," says Mayor Watson. "But we want to take that excitement and enthusiasm and spread it throughout the year. We want to transform our image from Ottawa the old to Ottawa the bold. We want people to understand that Ottawa’s not a stuffy grey-flannel town."

Ottawa, you have us convinced! Here are our top 10 reasons to visit our nation's capital in 2017: 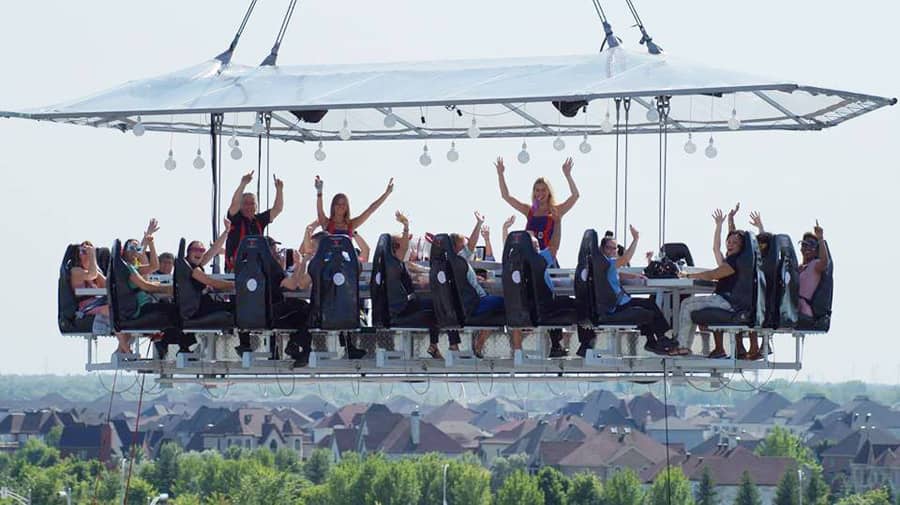 Ever wondered what it would be like to eat dinner while hovering 150 feet in the air? It's a totally bizarre concept—and one you can experience in Ottawa in 2017. There will be five dinners and six tapas/cocktail events hosted with 22 guests per event. Guests will be strapped in at their table to experience a stunning view while noshing. Tickets go on sale soon. Sign us up!

French street theatre company La Machine makes its North American debut next summer. Unlike traditional theatre, which requires a stage, this thrilling show will take place on the streets of Ottawa; from July 26 to 30, 2017, two giant machines—a spider and a dragon—will literally walk through the city. Check out the video of a previous show, above. 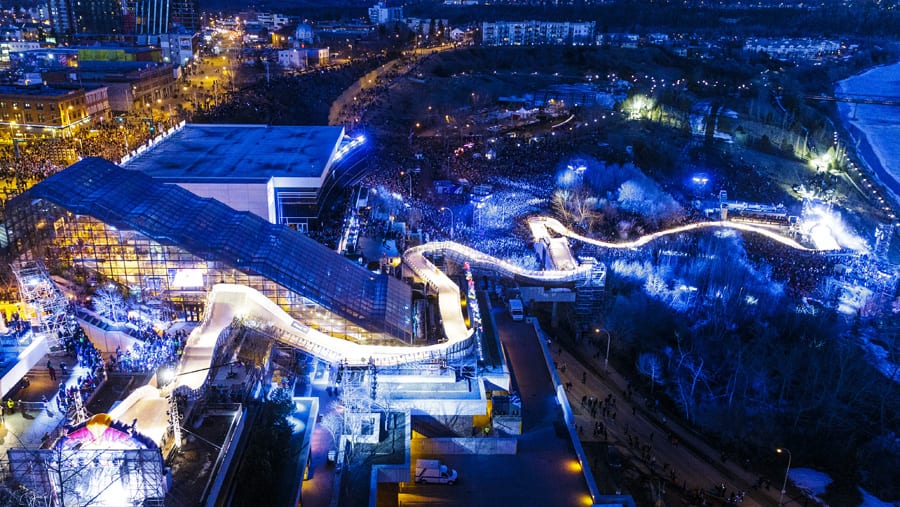 Watch downhill skaters race to the finish line on a huge track that runs along the locks of Rideau Canal next to Parliament Hill—which will complete 2016-2017 ice cross downhill season. Apparently the adrenaline rush from watching the athletes is like nothing else. The competition will occur on March 3 and 4 and will be free to watch—although Red Bull will be selling some special packages.

Crazy stunts will be appearing all over Ottawa throughout the year with limited warning. For example, the Ottawa 2017 team will have extensive lighting installations constructed quickly, appearing randomly in public venues for a single evening, then disappearing the next day. We can only guess what the Instagram snaps will look like. 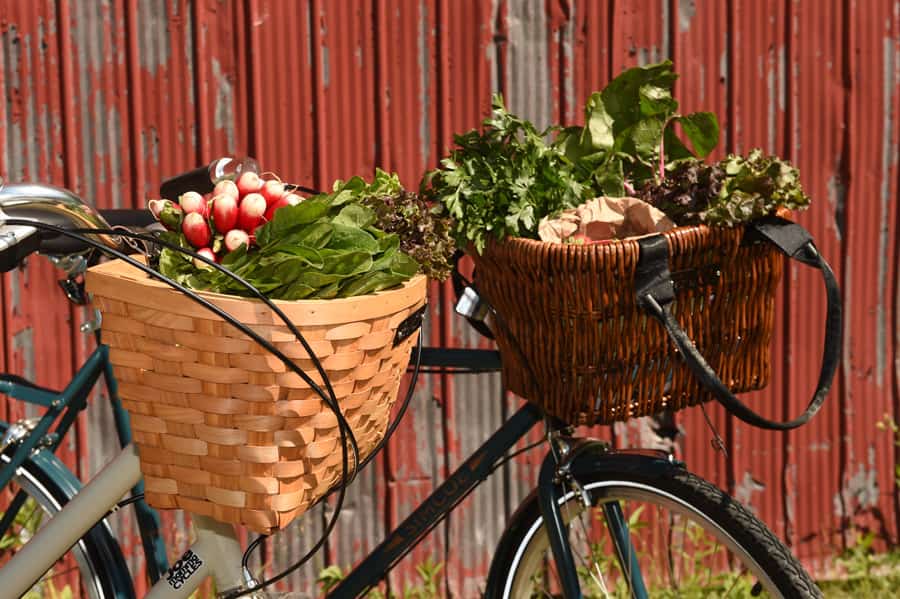 More than 20 events throughout the year will showcase Ottawa food and drink, such as the Wine and Words Tour, which will take participants to local wineries to sample wine and cheese, with a local author to tell stories at each stop.

Not everything will be about the hustle and bustle, though—there will also be special yoga classes for the more zen among us. Think sunset, on a barge floating down the Rideau Canal, accompanied by an orchestra. 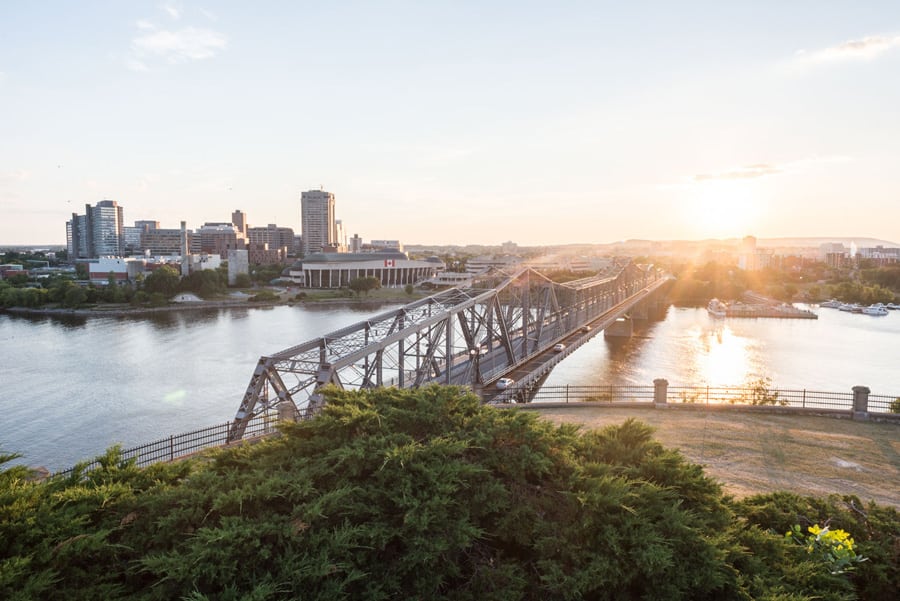 7. Picnic on the bridge:

The afternoon after Canada Day, the Royal Alexandra Bridge, which connects Ottawa and Gatineau, will be covered with sod and will host a giant picnic party. Visitors will be able to rent space for their picnic blankets, with at least three seatings happening throughout the day. Bring your own food or purchase snacks from the local food trucks that will be parked nearby. 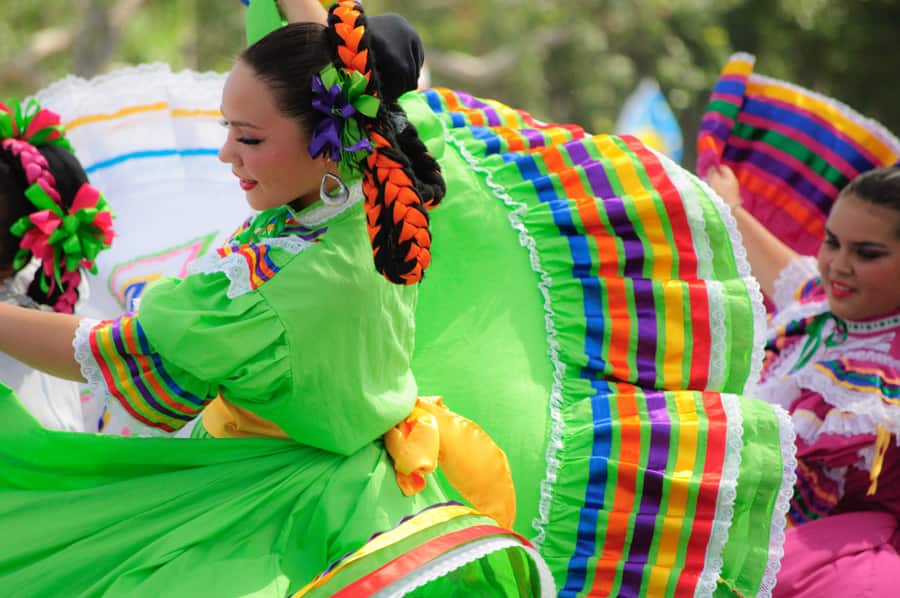 The many embassies and high commissions that reside in Ottawa will be given the opportunity to take over Aberdeen Pavilion and the Horticulture Building with multi-cultural celebrations including food, film, music and more—likely one culture per day. 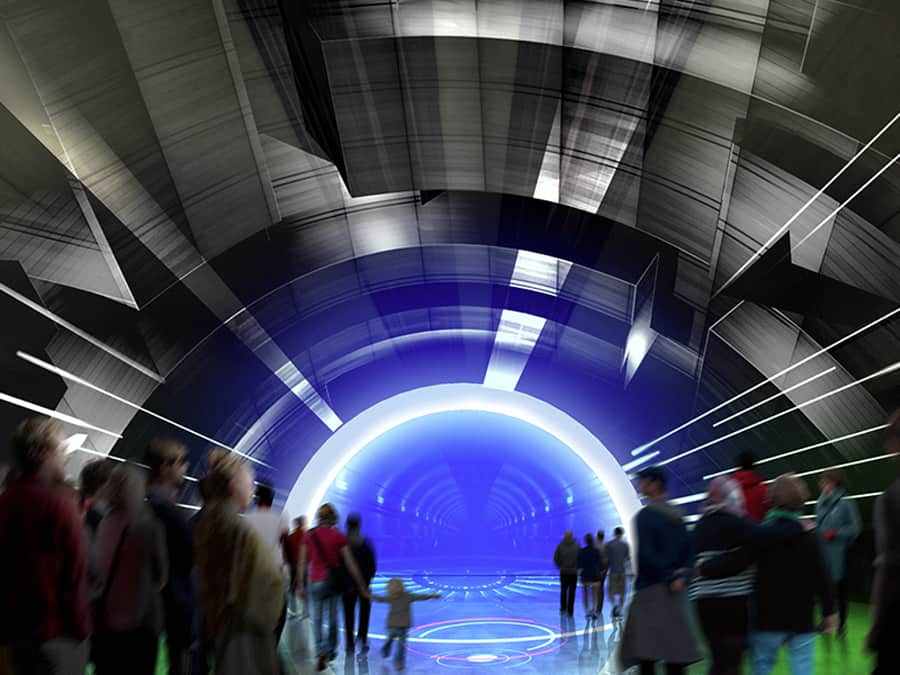 Though the Confederation Line of Ottawa's Light Rail Transit won't open until 2018, one underground station will be transformed into a futuristic world by a 10-week-long multimedia presentation. Though it's free, you'll have to sign up for a time slot in order to attend. See videos of the upcoming immersive experience here. 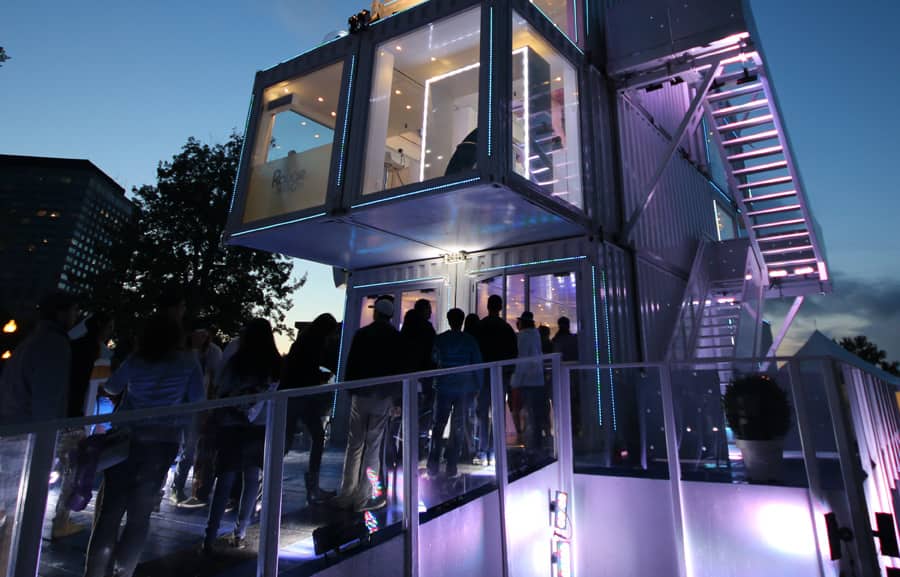 Inspiration Village, which will be located on York Street in the historic Byward Market, will be built out of sustainable sea containers (similar to the image above) and will pay tribute to Canadian provinces and territories. The village will showcase special exhibits and performing arts events from May to September.

Are you excited yet? Because we sure are.

Niagara-on-the-Lake: 10 things to do on a weekend