Leave your to-do list at home. It's time to return to simple pleasures and untouched beauty with three unique summer excursions in the wilds of Manitoba.

1. Northern Getaway
Perched along the edge of Hudson Bay at Manitoba's northeastern tip, the tiny 900-person town of Churchill is a rugged gem with major travel potential for adventurers, nature lovers and digital-detox seekers alike. The northern village may earn its media coverage as a wonderland of snow and ice, but it's much more than a home to the aurora borealis and majestic polar bears.

Although you may still see bears sleeping, swimming and walking along the tundra in the summer, the town's star attraction in the months of July and August is the world's highest concentration of beluga whales (as many as 60,000), which spill into Hudson Bay and Churchill River to feed, mate and give birth. Book à la carte activities with Sea North Tours or full packages with Lazy Bear Expeditions; you can try stand-up paddleboarding or kayaking with the sociable creatures or snorkel behind a Zodiac boat through the chilly waters with gentle whales mere feet away. If you prefer to take to the air, hop aboard a helicopter ride with Hudson Bay Helicopters to view the belugas from the hazy blue skies. 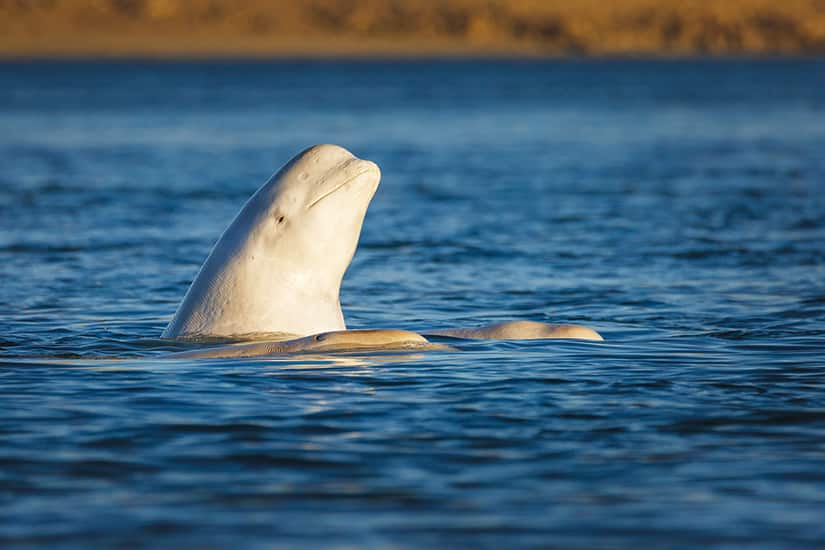 A pod of belugas swims in the Hudson Bay off the coast of Manitoba. | Image: Getty Images

You'll see a host of other wildlife, too, since the area is a haven for seals, Arctic hare, Arctic fox and more than 200 bird species that thrive as the snow melts and the barren landscape bursts into bloom with purple fireweed and vibrant orange lichen. The town is so far north (though a mere two-hour Calm Air flight from Winnipeg) that the tree line of the boreal forest rests in the distance, yet, in an unexpected twist, the site boasts temperatures as warm as 25oC and a maritime feel from the salty breeze blowing in off the bay.

Due to its size, the town is void of franchises and chains, so all of the restaurant and lodging options are authentically local. If you choose to book with Lazy Bear Expeditions, you'll stay in a log cabin made from reclaimed wood with windows recycled from a 19th-century trading post and nosh on Lazy Bear Café's Indigenous food offerings, such as bison, Arctic char and braised peppered elk. The company's guides will introduce you to local historical sites, including the Prince of Wales Fort, a stone structure authorized by the Hudson's Bay Company in 1730 that took 40 years to build because of the harsh climate.

Also be sure to browse the Itsanitaq Museum's collection of Inuit carvings and artifacts dating from 1700 B.C., as well as the SeaWalls Churchill series of building murals that dot 30 kilometres of shoreline and were painted by international artists to inspire the community to protect the ocean. You'll leave feeling an appreciation for the North that makes the visit to Churchill worthy of topping any Canadian's bucket list. 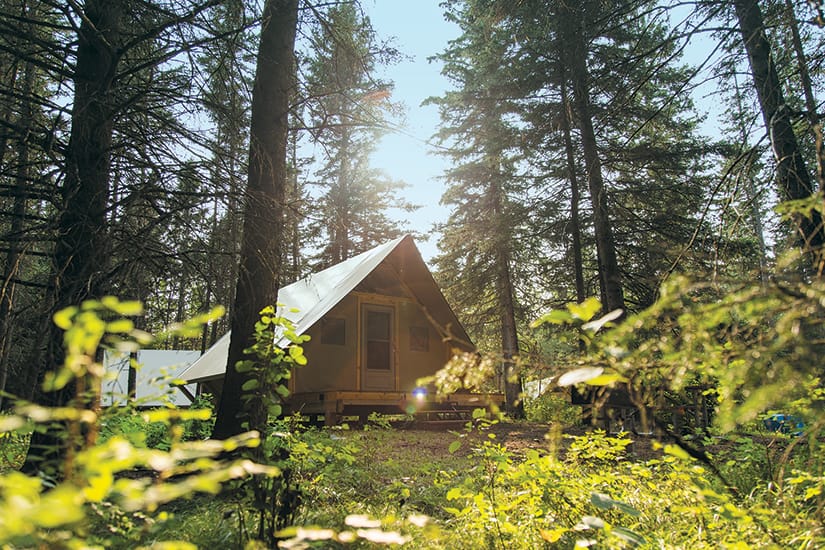 2. National treasure
You've heard of Alberta's Jasper and Banff national parks, but what about Riding Mountain? It's Manitoba's only national park that is available to travellers and beloved by locals for its town site, clear waters and scenic hikes—yet it's virtually unknown outside of the Prairies. Located a three-hour drive from Winnipeg, Riding Mountain is a hot spot for Prairie glamping with a mix of unique accommodations: oTENTiks (prospector-style tents on wooden platforms with wood stoves and front decks); two-by-10-metre walled microcubes; or yurts (cylindrical canvas tents built on wooden frames)—each with beds so you'll glean a taste of the wilderness with none of the discomfort. 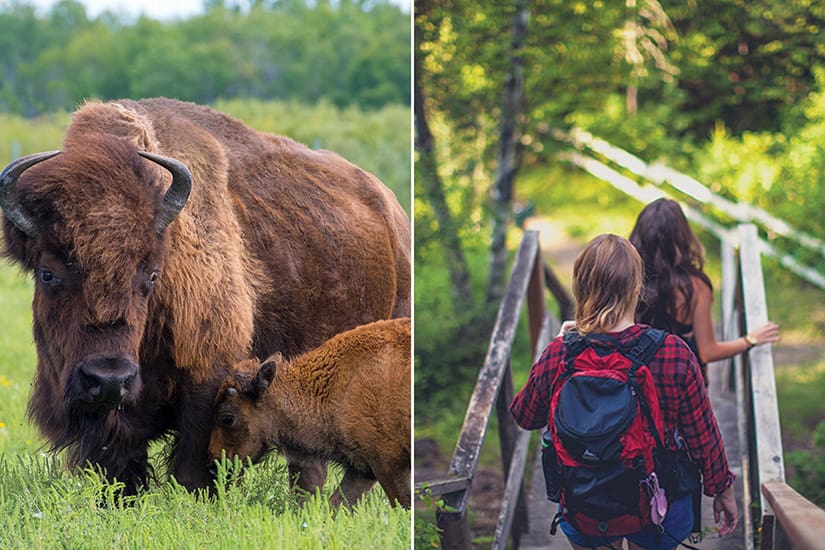 Pack your hiking shoes because the park has 400 kilometres of trails; take the Gorge Creek and Bald Hill routes for Insta-worthy photo ops of endless Prairie skies. Wildlife lovers will appreciate the chance to spot black bears, lynx and elk, plus bison at Lake Audy Bison Enclosure, where you'll see the massive animals wandering up to cars to take a closer look. The entire experience is classically Manitoban and offers a true glimpse of Prairie family values. 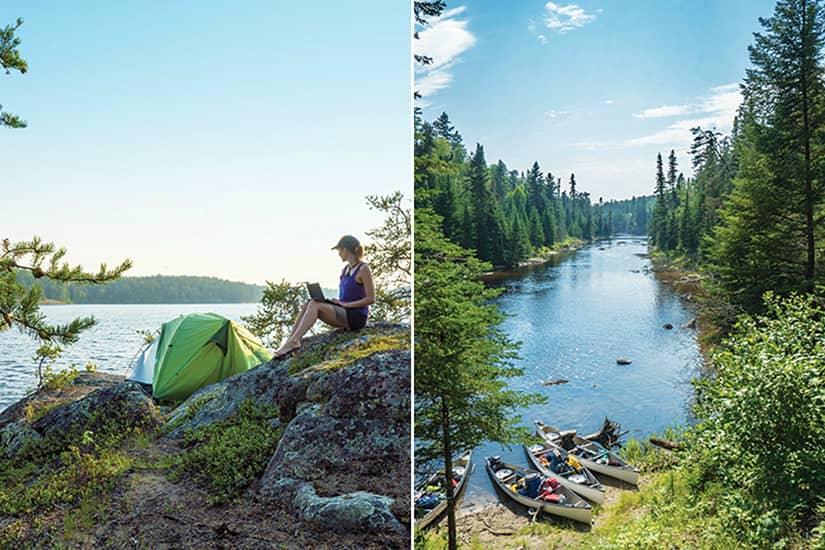 3. Into the wild
If backcountry camping is more your style, look no further than Nopiming Provincial Park, whose name comes from the Anishinaabe word noopiming, which means "entrance to the wilderness." The park runs along Manitoba's eastern border and is filled with black spruce, birch and poplar and speckled with pristine lakes begging for a canoe to skim their crystal waters. If you're visiting from afar and don't have your own equipment, book a two- or three-night trip with Twin River Travel, where a guide can pick you up in Winnipeg, drive you three hours to the park and guide you through a camping and canoeing excursion. The trip will involve several hours of paddle time each day, a few short portages over the land and many hours spent hiking, swimming, picking blueberries and sitting around a fire eating meals prepared by your guide—campfire s'mores, anyone? You'll wake each morning to a blazing Manitoba sunrise and wonder why you never knew a place of such pure beauty and quiet existed.

You don't have to go far to find big in and around Winnipeg! Find our travel guide at canadianliving.com/moremanitoba.