You don't need a passport to enjoy these relaxing escapes and epic adventures. Here are some of the best staycations, day trips and long weekends (that are well worth the flight) within our own borders. 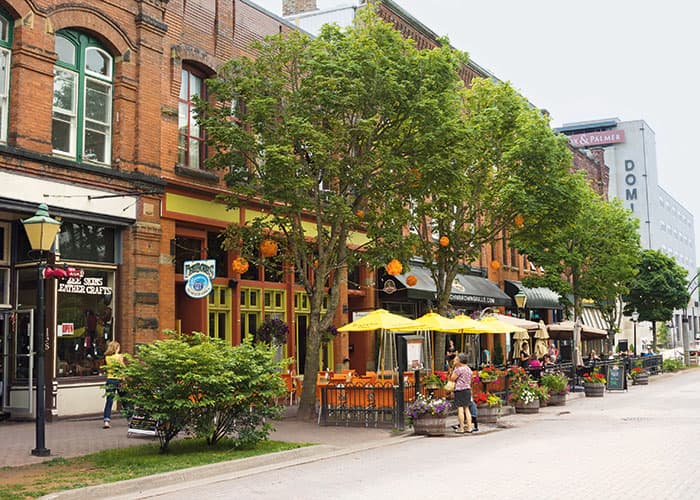 Enjoy a nostalgic afternoon: Meet at Receiver Coffee Co. on Victoria Row for one of the best lattes in town before taking a walk to see St. Dunstan's Basilica Parish, then head over to Province House National Historic Site (which hosts P.E.I.'s legislative assembly) and the grounds of the historic Great George Hotel. Catch a show at the Confederation Centre of the Arts (perhaps the hugely popular Anne of Green Gables musical), then swing by the waterfront and check out the shops and restaurants on Peake's Wharf. If you're with an active bunch, you might consider cycling through the city. Whatever you do, make it over to Cows Ice Cream, the island's famous ice cream shop, for a scoop. Our favourites are PEI Strawberry and Moo Crunch. (Better yet, make it two scoops.) 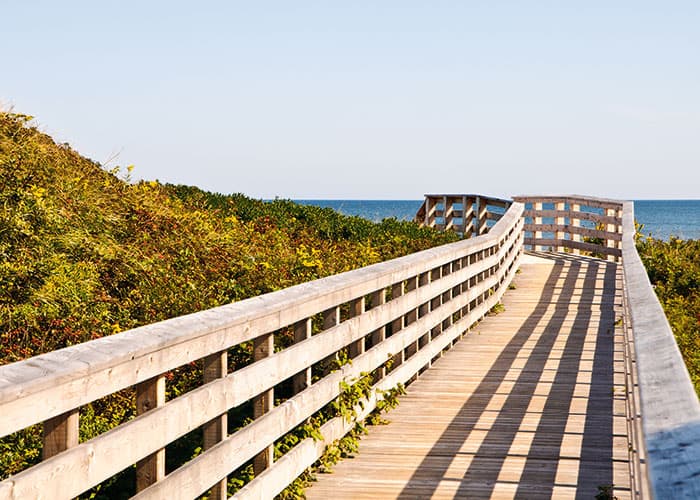 Don't miss the chance to amble along a seaside boardwalk when in P.E.I. Image: iStockphoto

Connect with our celtic heritage: An hour west of the capital is Summerside, the province's second-largest city. The quaint metropolis is heavily influenced by Celtic heritage, so check the schedule at The College of Piping and Celtic Performing Arts of Canada for a concert the kids will get a kick out of. Stroll the bustling boardwalk, and maybe buy a souvenir at Spinnakers' Landing, which was fashioned after a fishing village and boasts shops and restaurants right on the waterfront. End the day with a picturesque bike ride along Confederation Trail. 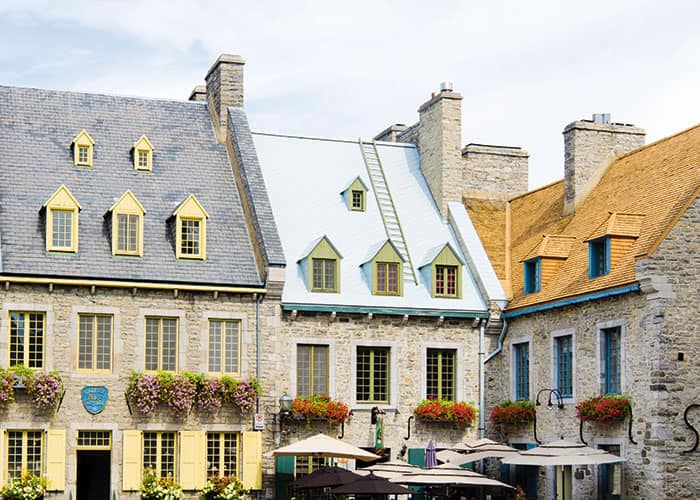 Go where culture meets romance: Stroll hand-in-hand along Old Quebec's cobblestone streets and stop in at the unique boutiques and eateries along the way. (Make a special trip to Le Croquembouche boulangerie pâtisserie on rue Saint-Joseph for its decadent but light macarons.) Connect with Canada's Francophone culture and heritage at Musée de la civilisation, Musée national des beaux-arts du Québec and the historic Citadelle de Québec.

Head to a place where adventure awaits: Drive about 40 minutes north to Mont-Sainte-Anne, where you'll find spots for hiking, camping and mountain biking. A panoramic gondola will whisk you to gorgeous views at an elevation of 800 metres, then take in the cascading Jean-Larose Waterfall at the foot of the mountain. 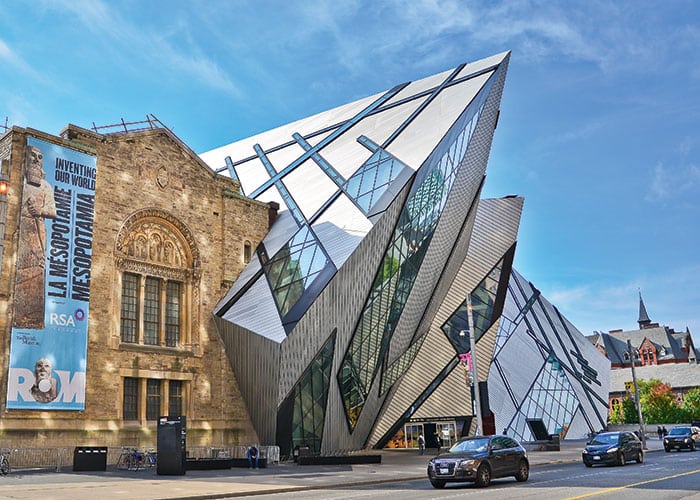 Take a history lesson: The Big Smoke boasts some of the most fascinating attractions in the country, from the typical tourist hot spots such as the Royal Ontario Museum, Kensington Market and the Distillery Historic District, but don't skip Toronto's lesser-known historical haunts. The Thomas Fisher Rare Book Library is perfect for book lovers, who can register and request to leaf through pieces in the impressive collection (which includes drafts and first editions of Canada's most celebrated works and a 1789 BC Babylonian cuneiform tablet—the library's oldest piece!). Afterward, head over to the Toronto Necropolis to tour one of the city's oldest and most historic cemeteries; the High Victorian Gothic burial grounds date back to 1850, and it's the final resting place of dignitaries such as Toronto's first mayor, William Lyon Mackenzie. 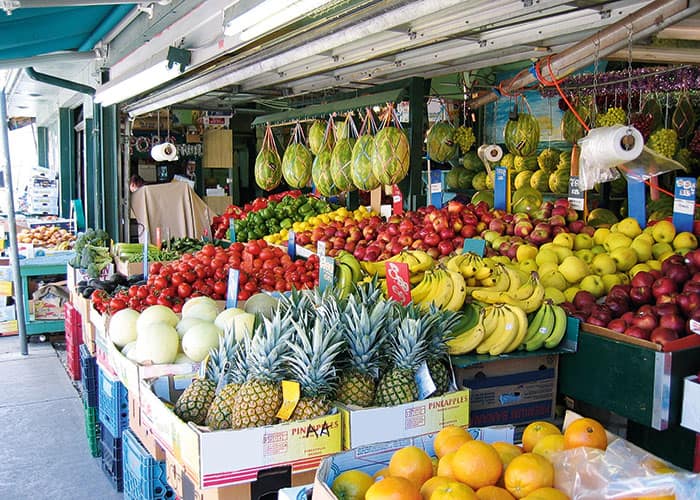 There's something for everyone at Toronto's Kensington Market. Image: iStockphoto

Get a good bottle of wine (or two): About two hours from Toronto, Prince Edward County is a favourite of locals and visitors alike. After all, it's been coined the gastronomic capital of Ontario, and it's where you'll find more than 35 wineries in addition to the Taste Trail of premier eateries. Bring your appetite (and a designated driver). 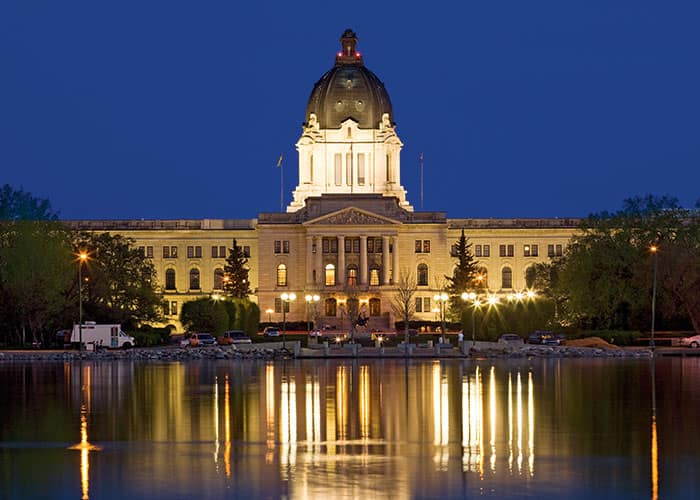 See the dazzling reflection of the Saskatchewan legislative building in Wascana Lake at night. Image: iStockphoto

Please everyone in your party: Check out the Royal Saskatchewan Museum's award-winning T.rex Discovery Centre (home to one of the world's largest T. rexes). Continue the cultural day at the MacKenzie Art Gallery and the Art Gallery of Regina to admire the work of local and international artists. After that, take a mental break and wet your whistle on the Regina Mixology Tour, which features palate-pleasing beverages made by some of the city's best bartenders. After a busy day of sightseeing, relax at the Wascana Centre, a 930-hectare park built around Wascana Lake, where you'll find the perfect spot for a serene sunset picnic.

Spend a Saturday with the kids: Drive 50 minutes west to Moose Jaw, where the kids will delight in a trolley tour of town and a visit to the Sukanen Ship Pioneer Village & Museum. Spend the rest of the day outdoors in Wakamow Valley—an urban park and conservation area with 20 kilometres of trails—or Crescent Park, which boasts an Olympic-size outdoor pool the kids will love, plus an ampitheatre and an art gallery in its 11-hectare location. 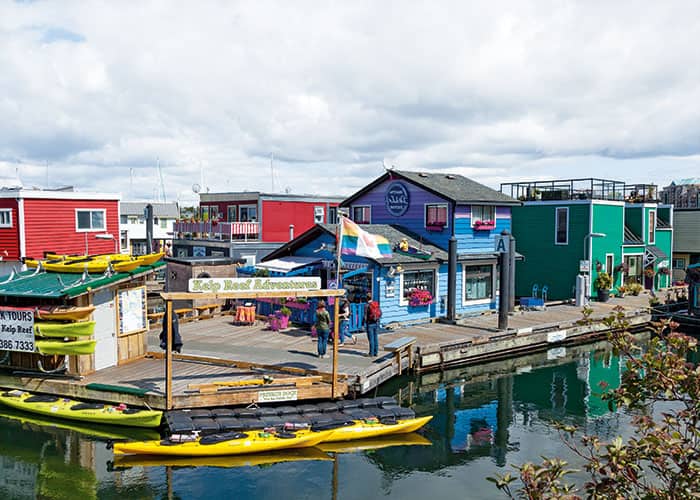 Victoria's Fisherman's Wharf is a haven for adventurers. Image: iStockphoto

Indulge in a quiet couples' retreat: Set on the southern tip of Vancouver Island, Victoria is home to a host of historic sites, from Canada's oldest Chinatown to Hatley Park National Historic Site (an Edwardian estate with stunning gardens), and several museums (including the Royal BC Museum, Craigdarroch Castle Historic House Museum and the Maritime Museum of British Columbia). Take a heritage break and head down to Fisherman's Wharf to try your luck on a whale-watching expedition or go on a souvenir-hunting shopping trip along Government Street. Beachcombers should visit one of the many parks (including Island View Beach Regional Park), plus Elk Lake and Beaver Lake to swim and hike the trails. 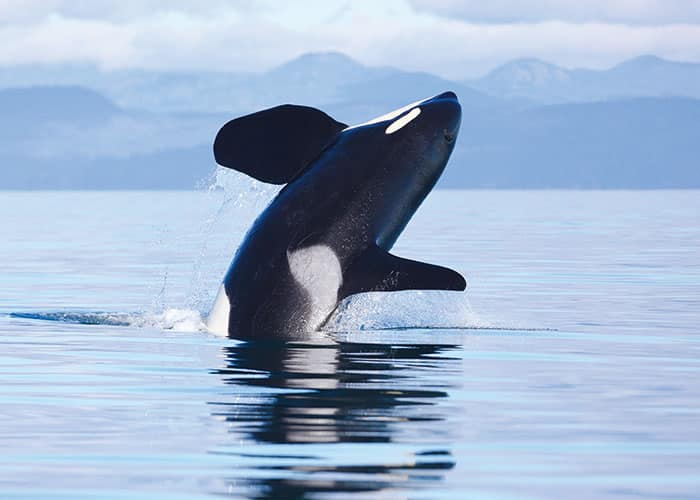 Count yourself lucky if you spot an orca while in Victoria. Image: iStockphoto

Escape city life: Catch a ferry to Salt Spring Island, located in the Strait of Georgia between the mainland and Vancouver Island. The boutiques, galleries and cafés are attraction enough, but you'll really get a sense of the island by checking out some of the food and wine tours or taking a leisurely boat cruise around the area.

Rediscover Ottawa, which walks the line between charming town and cosmopolitan city, with first-class cultural and historic experiences.

5 of the best Canadian capitals to visit