Immerse yourself in the rich heritage and arresting atmosphere of this unique Hong Kong festival.

Three hundred performers. One 67-metre-long dragon, its sparkling spine ablaze with 24,000 incense sticks. Lighting up the night sky for over 130 years, the three-day-long Tai Hang Fire Dragon Dance is one of the most magical events during Hong Kong’s vibrant Mid-Autumn Festival (15th day of the 8th lunar month). 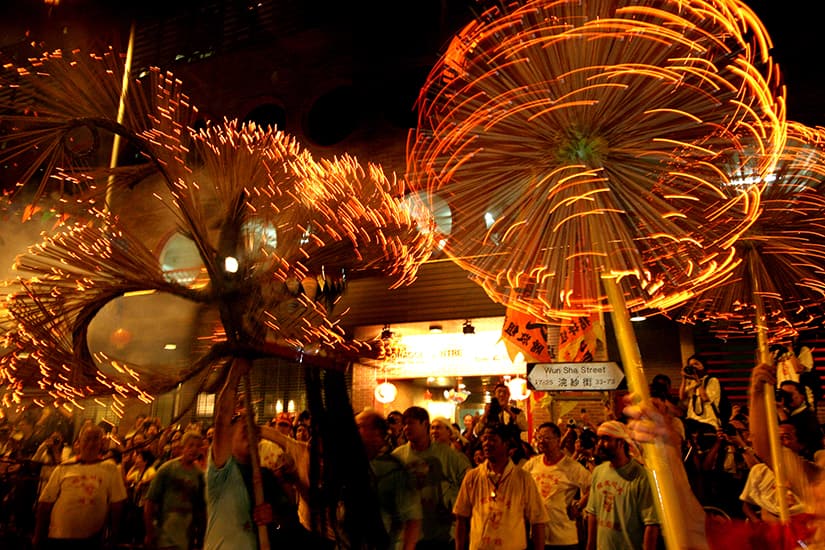 Held this year from September 12 to 14, spectators can see first-hand the incredible skill, dedication and zeal that the Tai Hang community pours into each dance performance. It takes at least one month to hand-craft the dragon from a mixture of rattan, hemp and pearl straw bindings. A dance troupe of more than 300 performers practices the graceful and intricate steps, which make the dragon appear to fly through the streets amidst the roar of drums and gongs. It’s no easy task – the dragon’s head alone weighs over 70kg!

Throughout the festival, the atmosphere feels altogether magical. As the dragon swoops and swerves through the streets of Tai Hang, colourful lanterns glow overhead and fellow performers skillfully pass enormous orbs of glowing incense from one dancer to the next while enthusiastic crowds cheer them on. 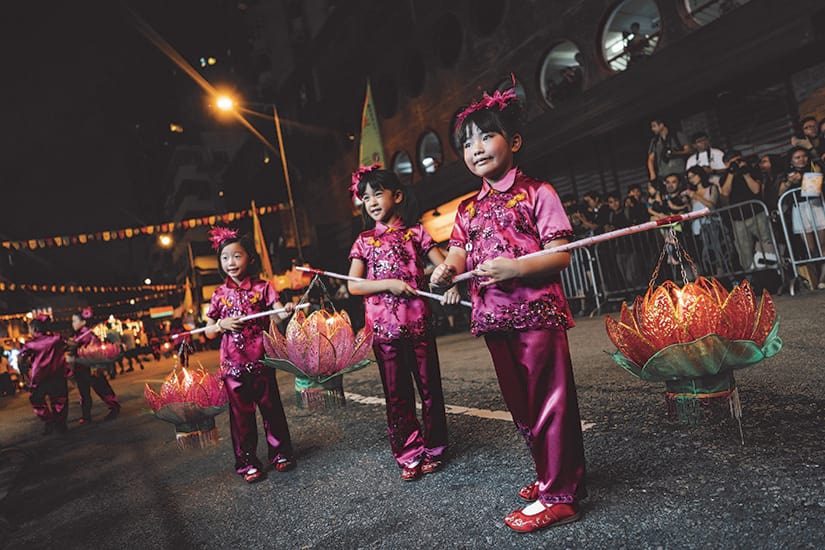 “Our father’s generation was fire dragon performers, too. I started carrying the dragon body when I was 15 years old. I’m now 72,” said Chan Tak-fai, Commander-in-Chief of the Tai Hang Fire Dragon Dance.

“If I have kids, I hope they will perform with me. I want to continue the culture and traditions,” adds 33-year-old performer Angus Wong Ho-kit.

In the 19th century, the people of Tai Hang began performing a dragon dance to stop a run of bad luck afflicting their village. More than a century later, their village has been almost swallowed by Hong Kong’s fast-growing city. But the dragon keeps on dancing. It has even danced its way onto China’s third national list of intangible cultural heritage.

All this started a few days before the Mid-Autumn Festival around 100 years ago. First a typhoon slammed into the fishing and farming community of Tai Hang. This was followed by a plague and then, when a python ate the villagers’ livestock, they said enough was enough. A soothsayer decreed the only way to stop the chaos was to stage a fire dance for three days and nights during the upcoming festival. The villagers made a huge dragon from straw and covered it with incense sticks, which they then lit. Accompanied by drummers and erupting firecrackers, they did what they were told and danced for three days and three nights … and the plague disappeared.

The Tai Hang Fire Dragon Dance reflects the depth and dynamism of Hong Kong’s culture. In this fast-paced, cosmopolitan city there’s still so much history and heritage to absorb. It’s truly a diverse travel destination, brimming with ancient traditions and craftsmanship.