I’ll cut to the chase: In person, Julianne Moore lives up to her glowing reputation; talented, smart and grounded are just a few words that come to mind. I caught up with the Oscar winner when she was in town for the Toronto International Film Festival, promoting her part in Suburbicon as well as her role as a spokesperson for L’Oréal Paris, a major sponsor of the festival.

Upon my arrival at the interview, I was whisked away to a private room, where Moore darted over to greet me warmly, clad in a breathtaking silk organza little black Givenchy dress. With her glossy auburn hair and porcelain skin dusted with freckles, the 57-year-old is undeniably a natural beauty. Immediately, I knew this would be more casual conversation and less formal interview. I talked with Moore about what feminism means to her, the challenges of raising teenagers (she has two) and her low-maintenance but clearly very effective beauty regimen. 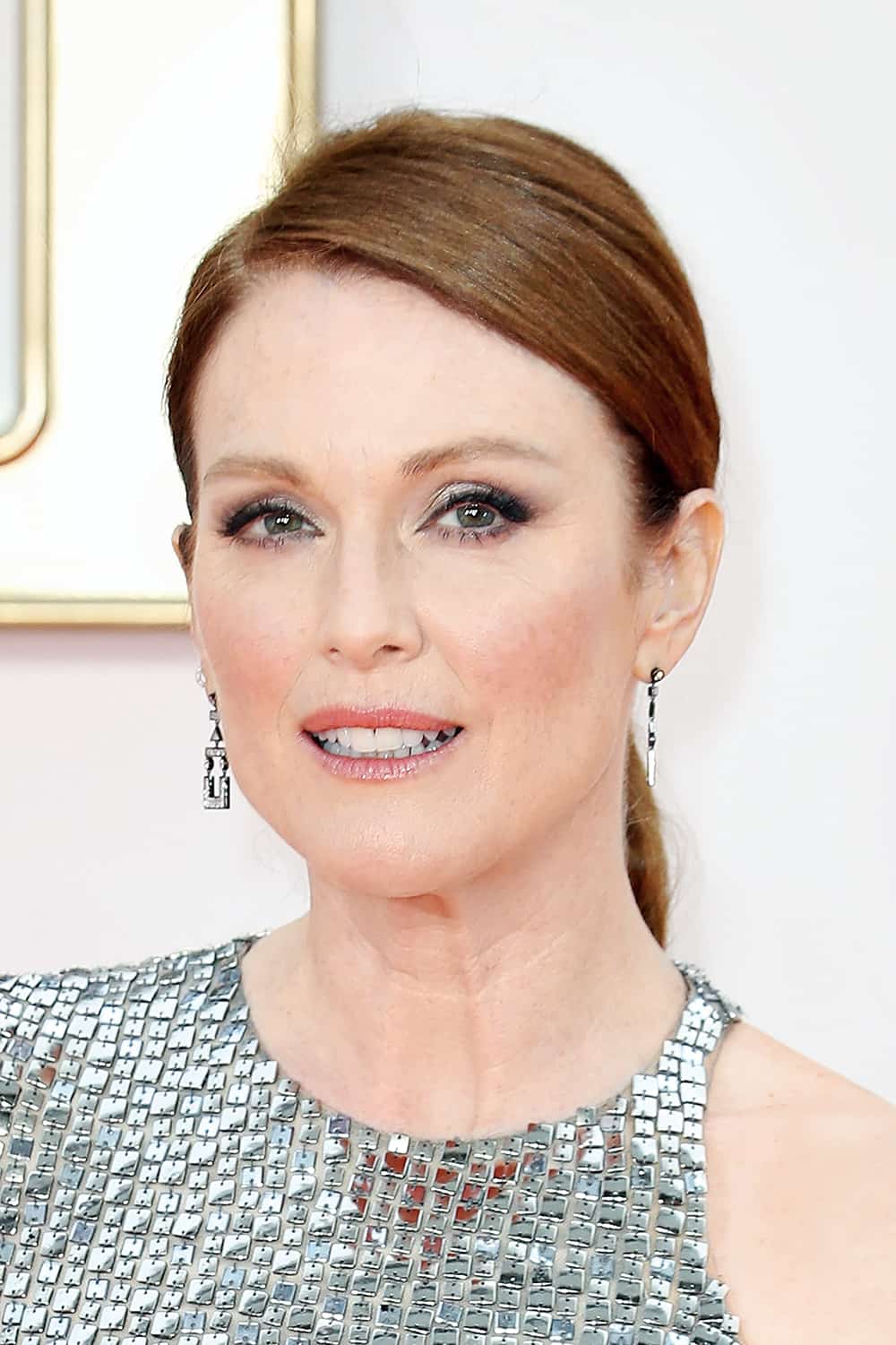 I’ve heard there’s a kinship among redheads. Is that true?

Redheads always say hello to each other. I made a friend in my yoga class because she has red hair. She came into class one time with her daughter [a redhead] and her son’s girlfriend, who also has red hair. So there we were, four people with bright-red hair in a yoga class. I said, “Who says we’re extinct?”

What advice have you given your kids to help them navigate their teens?

I always say this about having kids: You realize that in every step of parenting, you’re just giving them bits of information to help them get to the next stage. You realize they haven’t had the life experiences or development to keep them in the cogent stage. It’s challenging, but with both of mine, I just try to be there, talk with them, guide them and give them as much freedom as they can handle at the time.

Why is representing a brand like L’Oréal Paris important to you?

What I like about L’Oréal is it’s aspirational and available to everyone—it’s easy to acquire and it’s affordable. And inclusive, too; it’s a major beauty brand that represents
all ethnicities, all cultures and all age ranges, which I think is incredible and really unusual.

There’s a belief that fashion and beauty is hollow and even antifeminist. What’s your take on women celebrating style?

It’s not something I think is antifeminist at all. I think feminism is treating each gender equally—being paid the same and being treated the same. It’s not how you decorate yourself. No one has to dress up, but we do! Is it societal? Well, I think we’re compelled to decorate ourselves and our environments because we enjoy it. Also, there’s obviously some kind of biological narrative to it; it’s a kind of communication to
one another. It’s a way we signify who we are or what we like or where we’re from.

Your daughter, Liv Freundlich, was in J.Crew’s Fall 2017 presentation. How did that come about?

I’m friends with Jenna Lyons [former creative director and president of J.Crew]; she wanted people who were different ages and who did different things for a living to model. Liv was cast as the “young teenager” and was thrilled to do it! It allowed Liv to have a great professional experience at the age of 14. I wanted that for her, to feel that sense of agency. 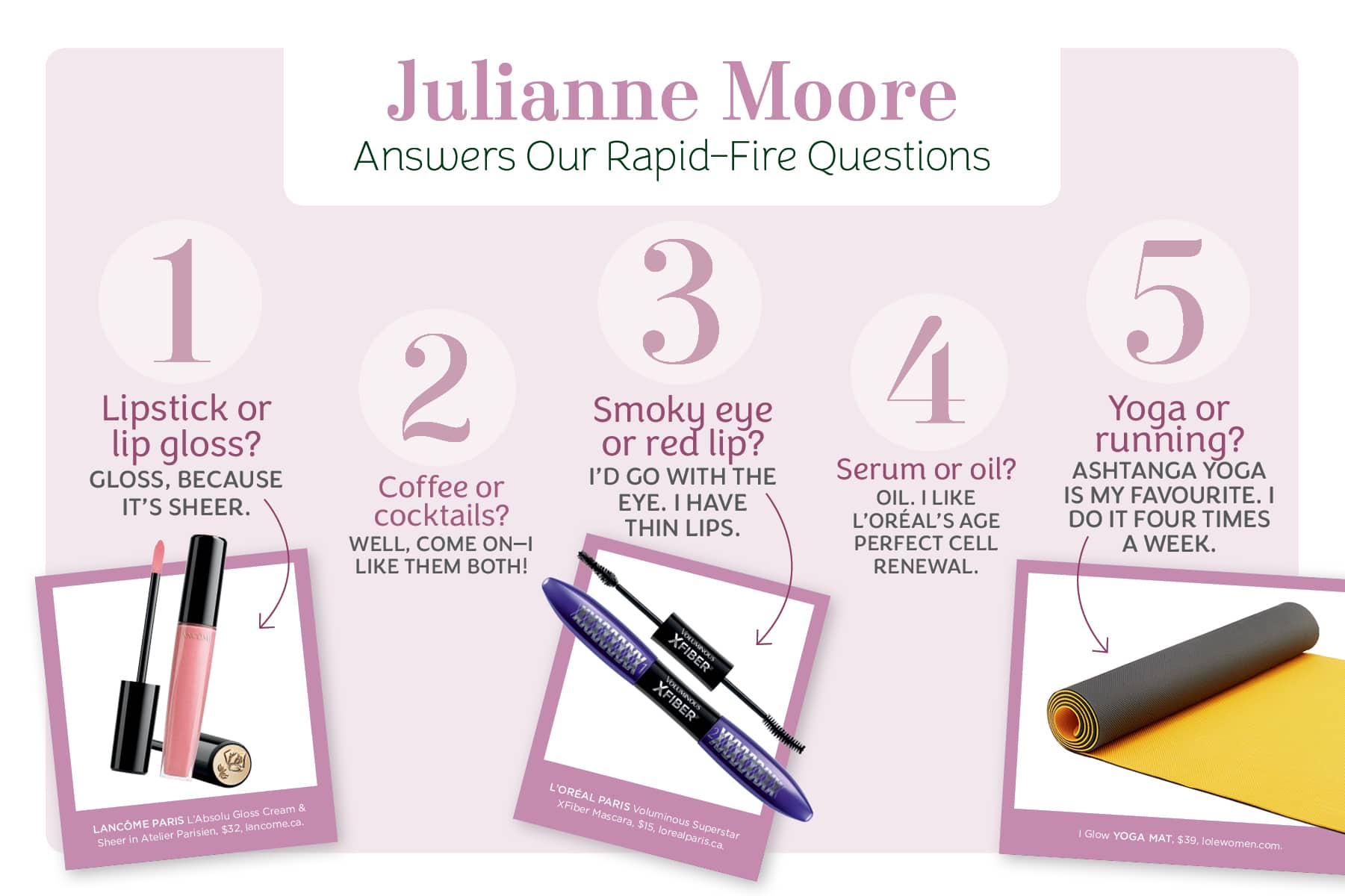 The Oscar winner is more than just a pretty face—but, of course, she is that, too. Here are her most iconic movie beauty moments. 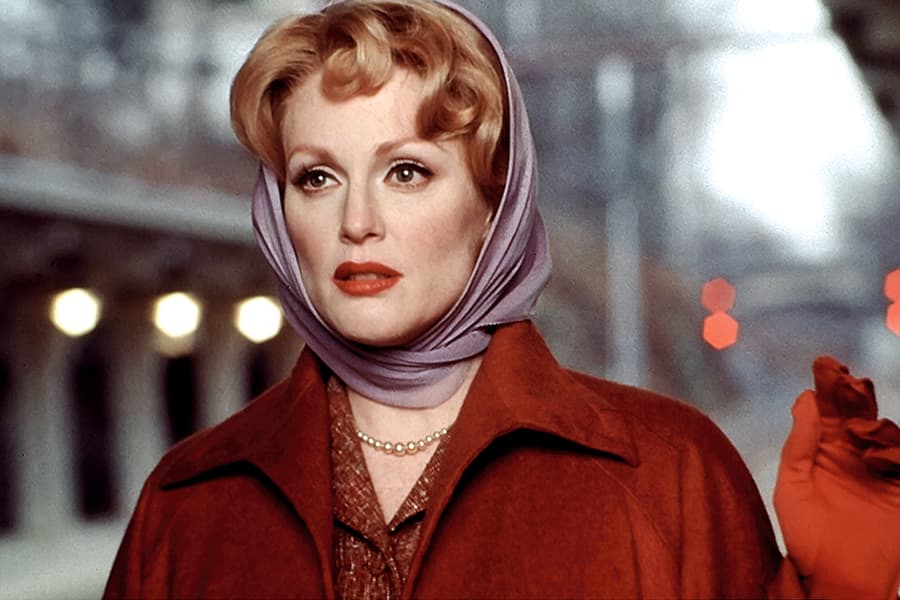 Moore plays Cathy Whitaker in the 2002 drama Far From Heaven, where she embodies a glamorous housewife in 1950s Connecticut. 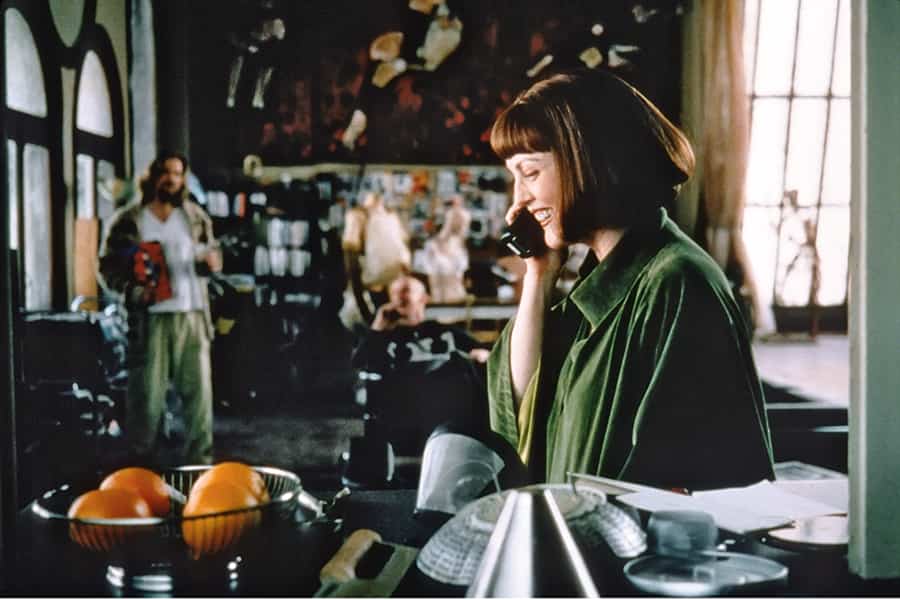 This blunt bob is just as severe as Maude Lebowski in the 1998 cult classic The Big Lebowski. 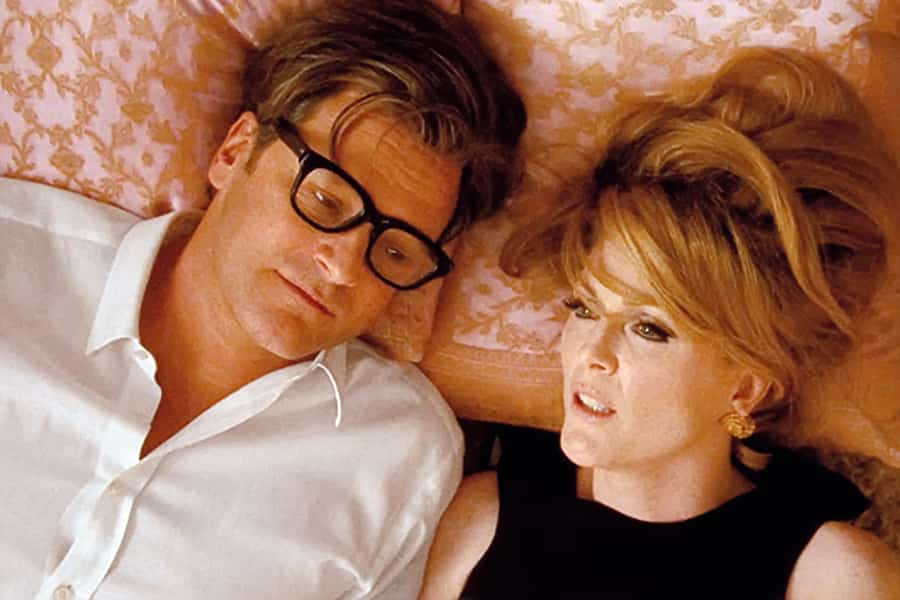 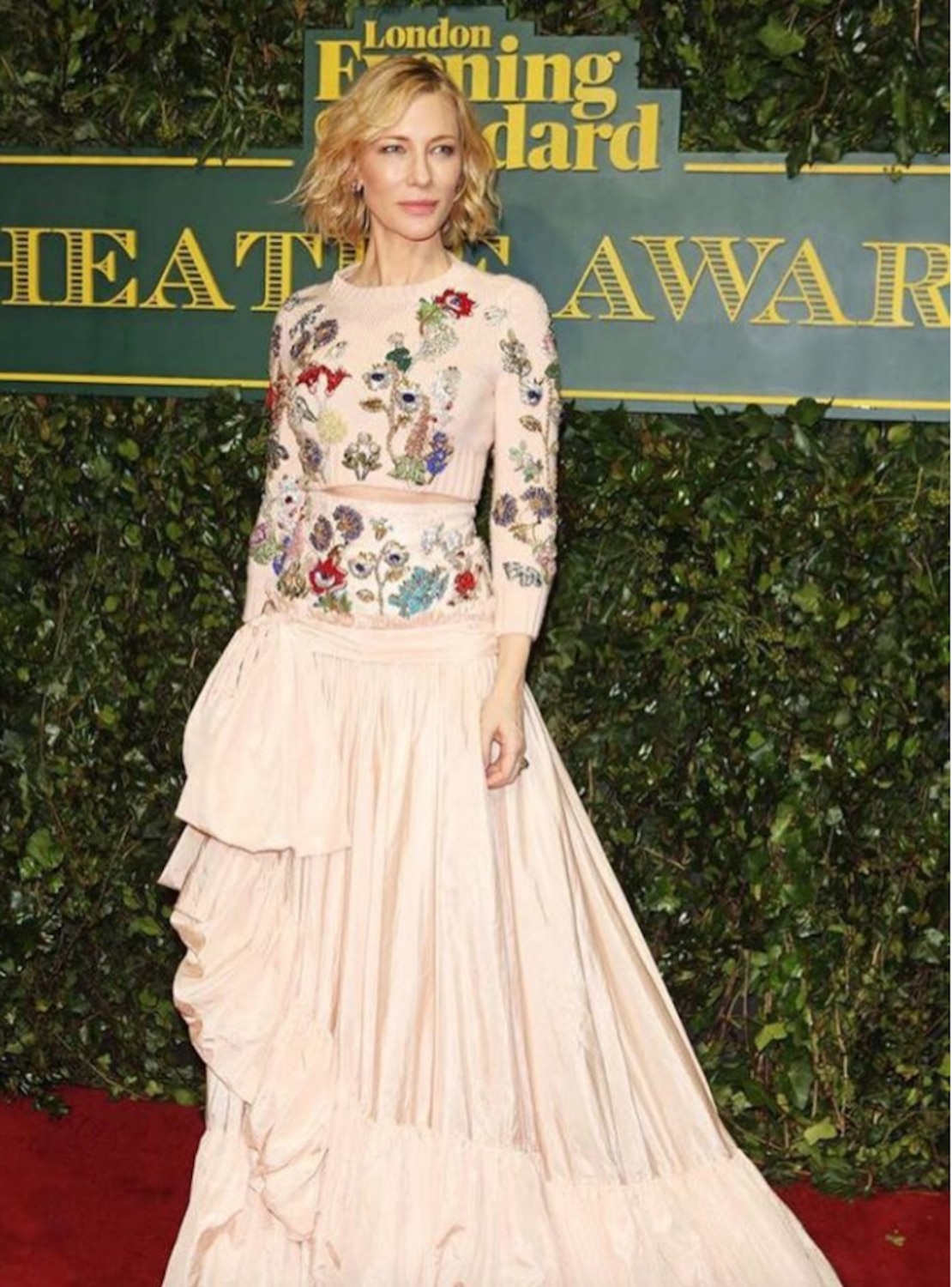 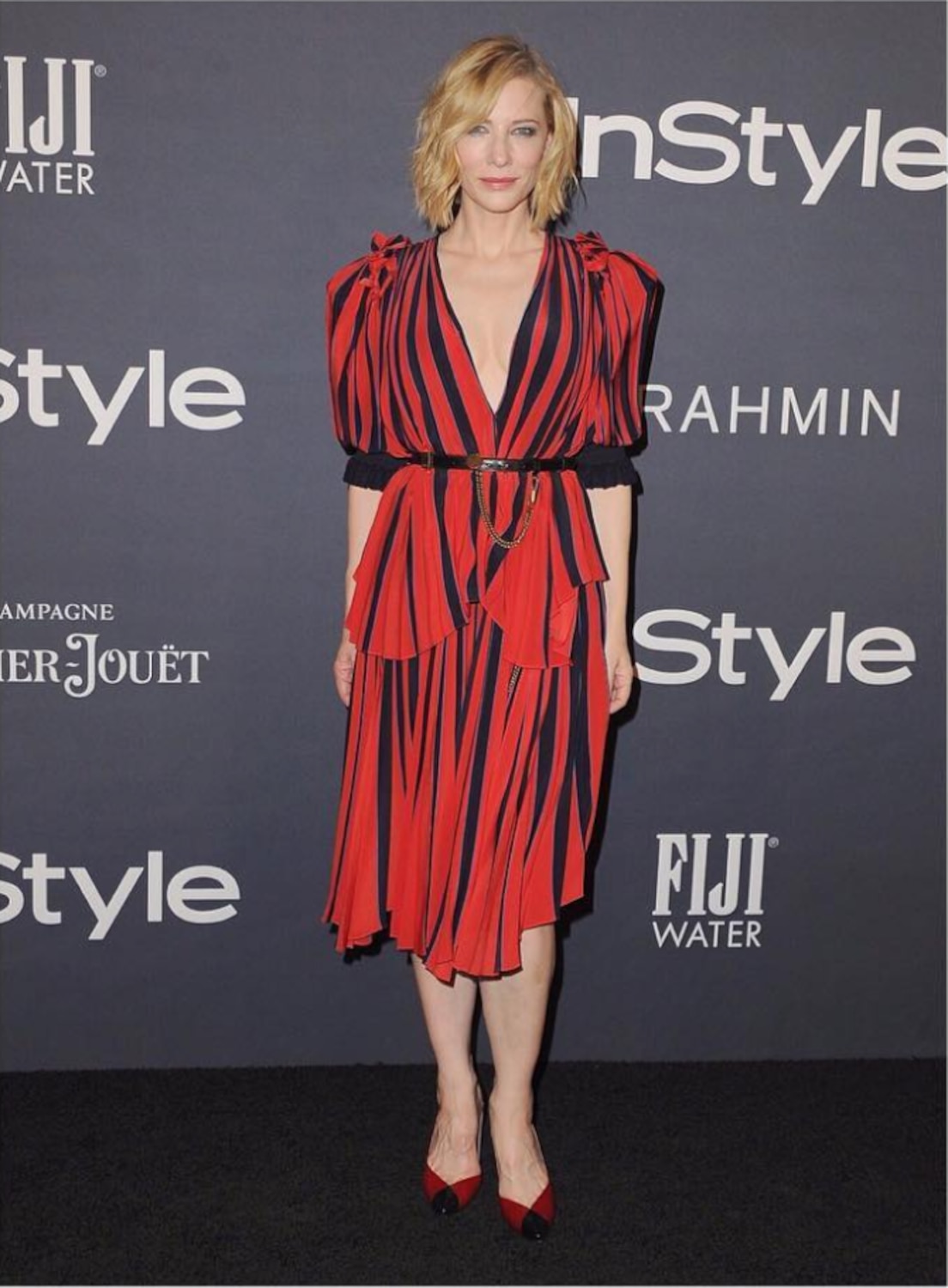 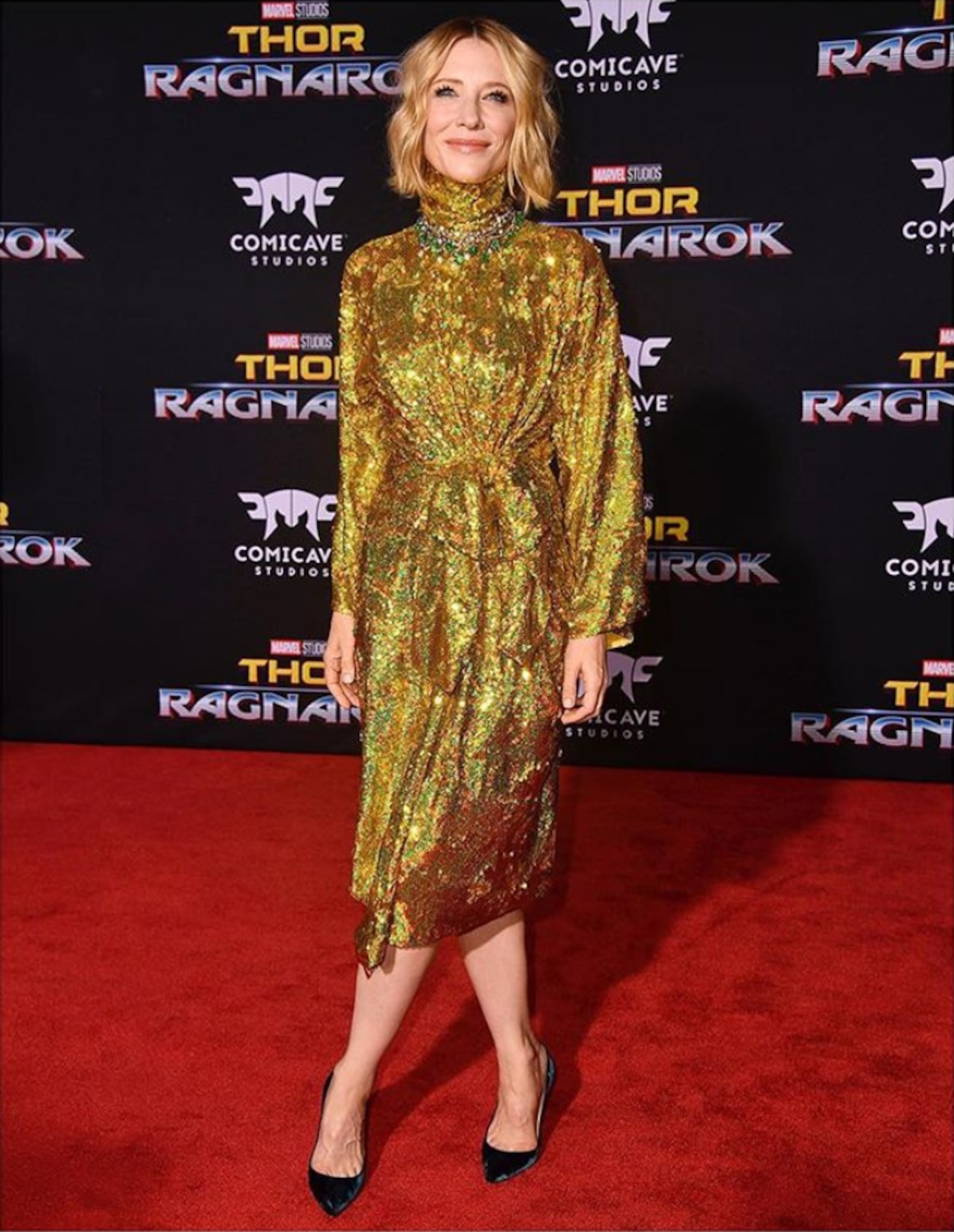 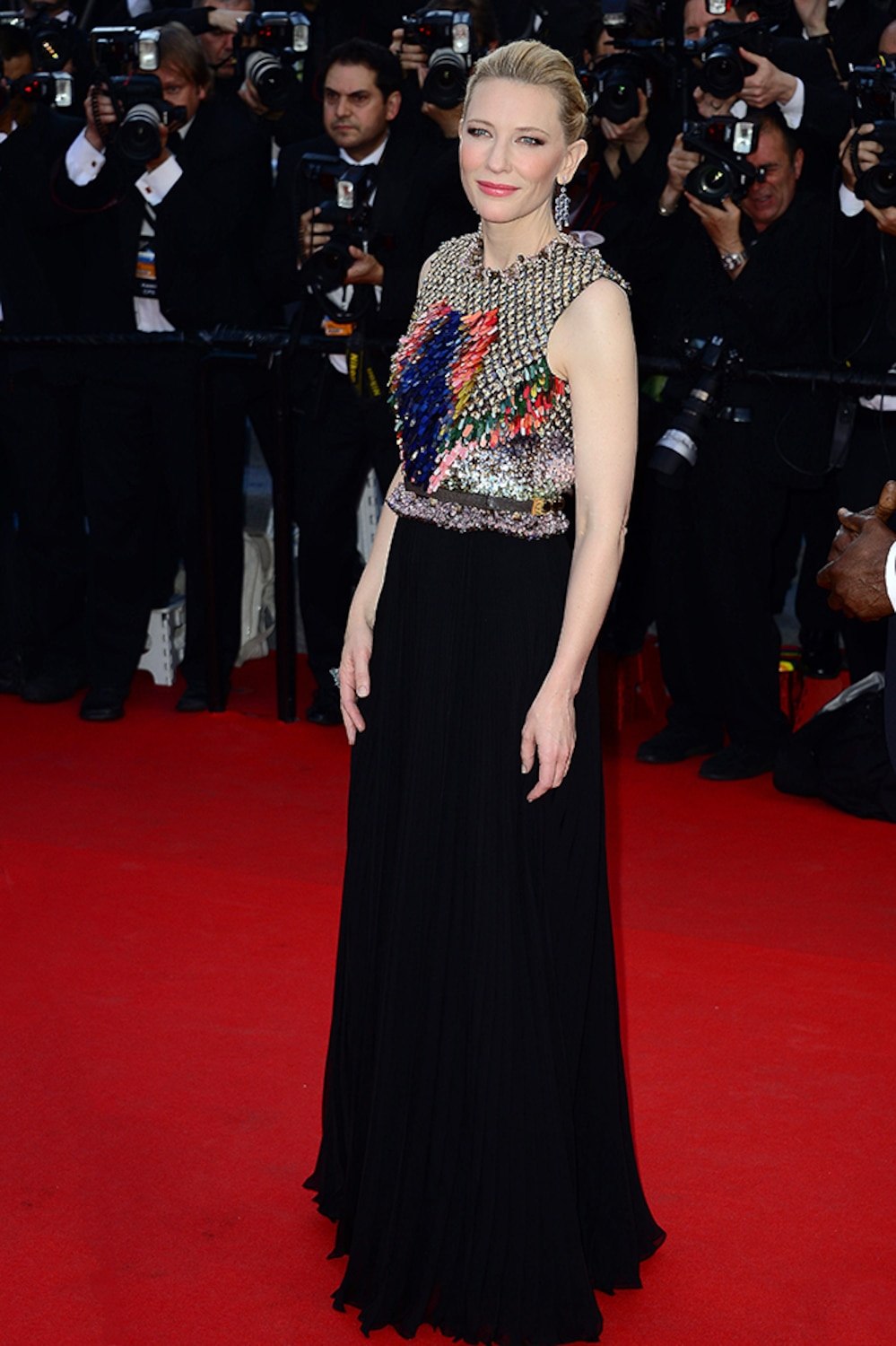 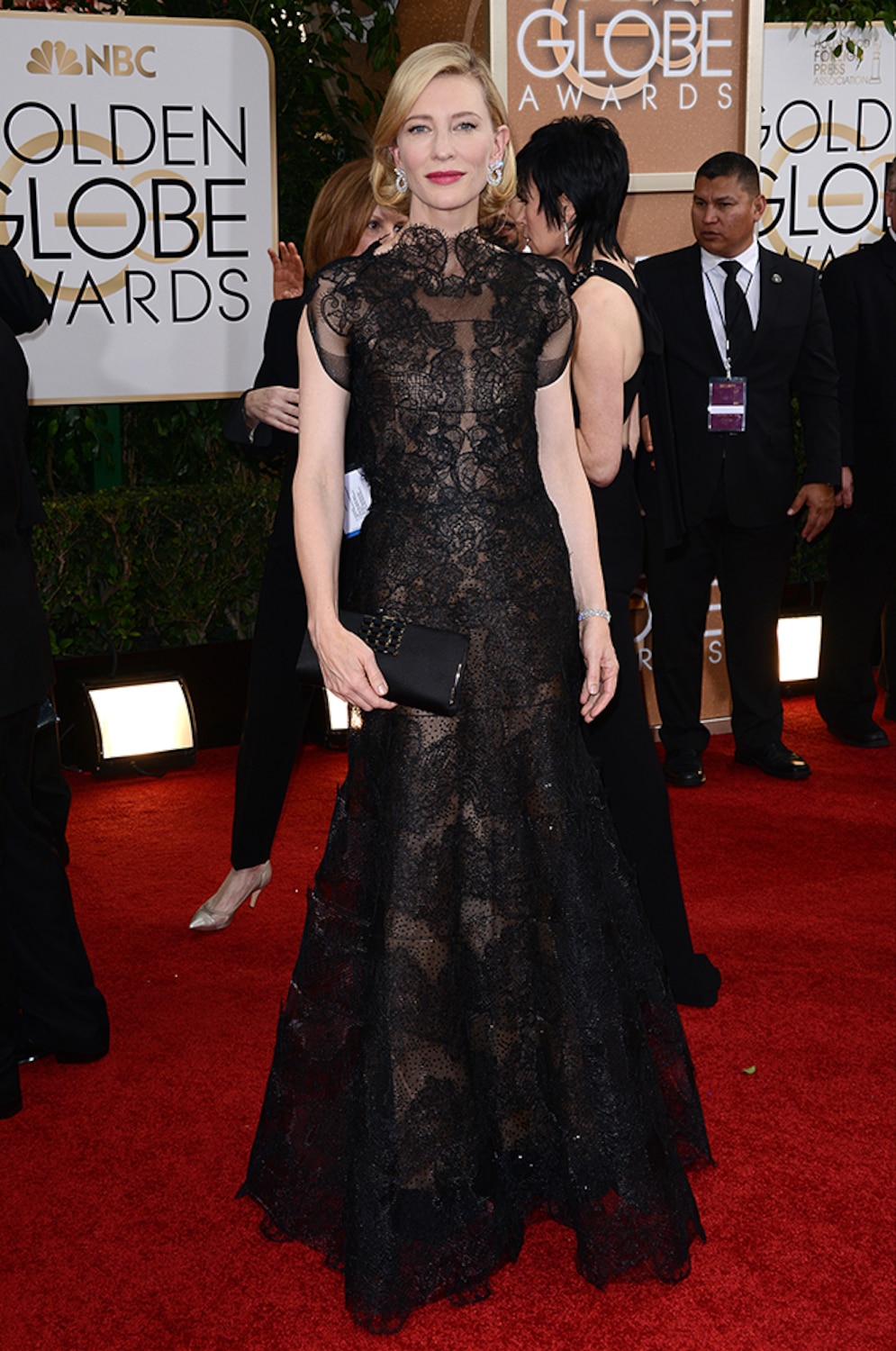 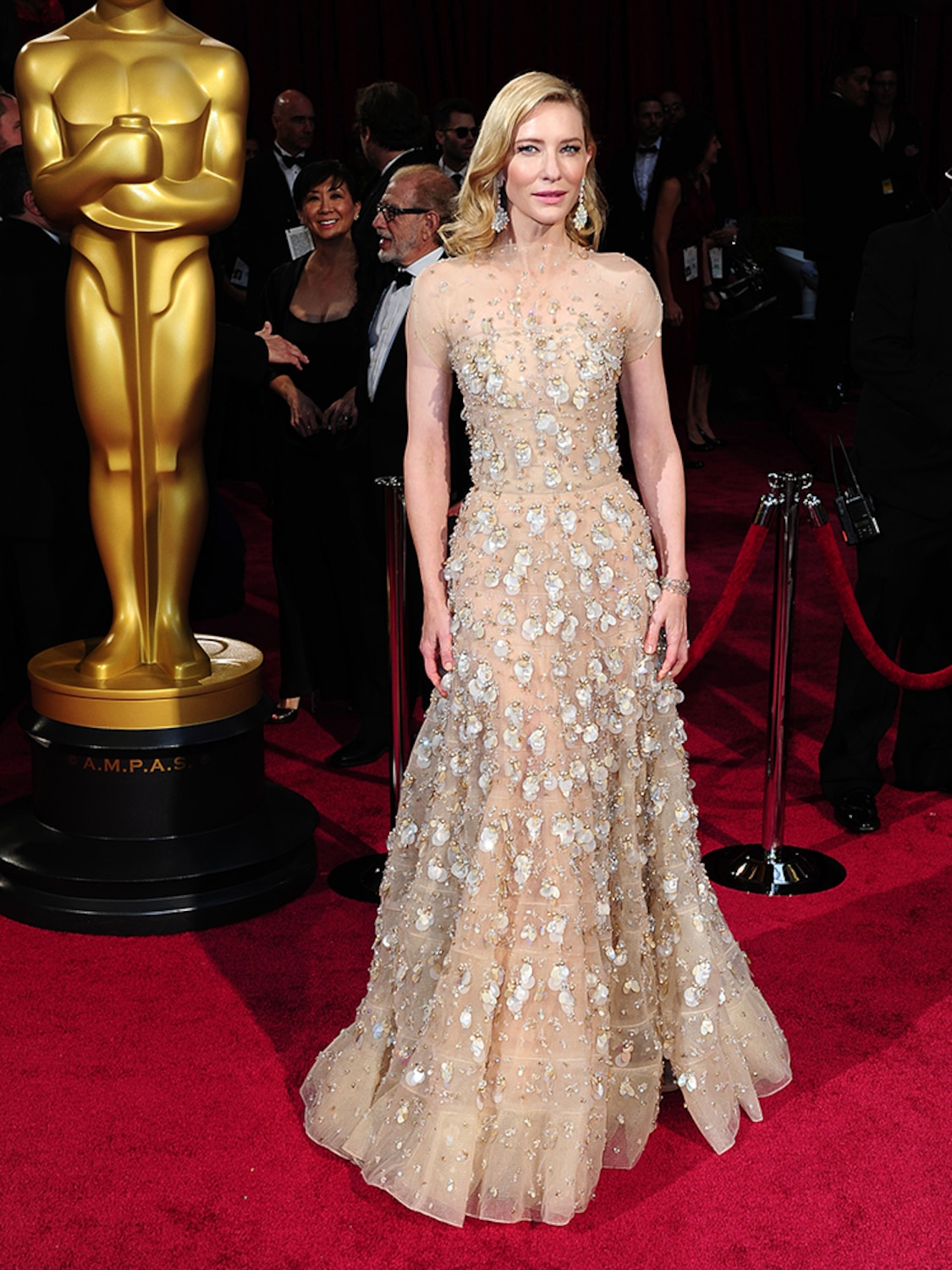 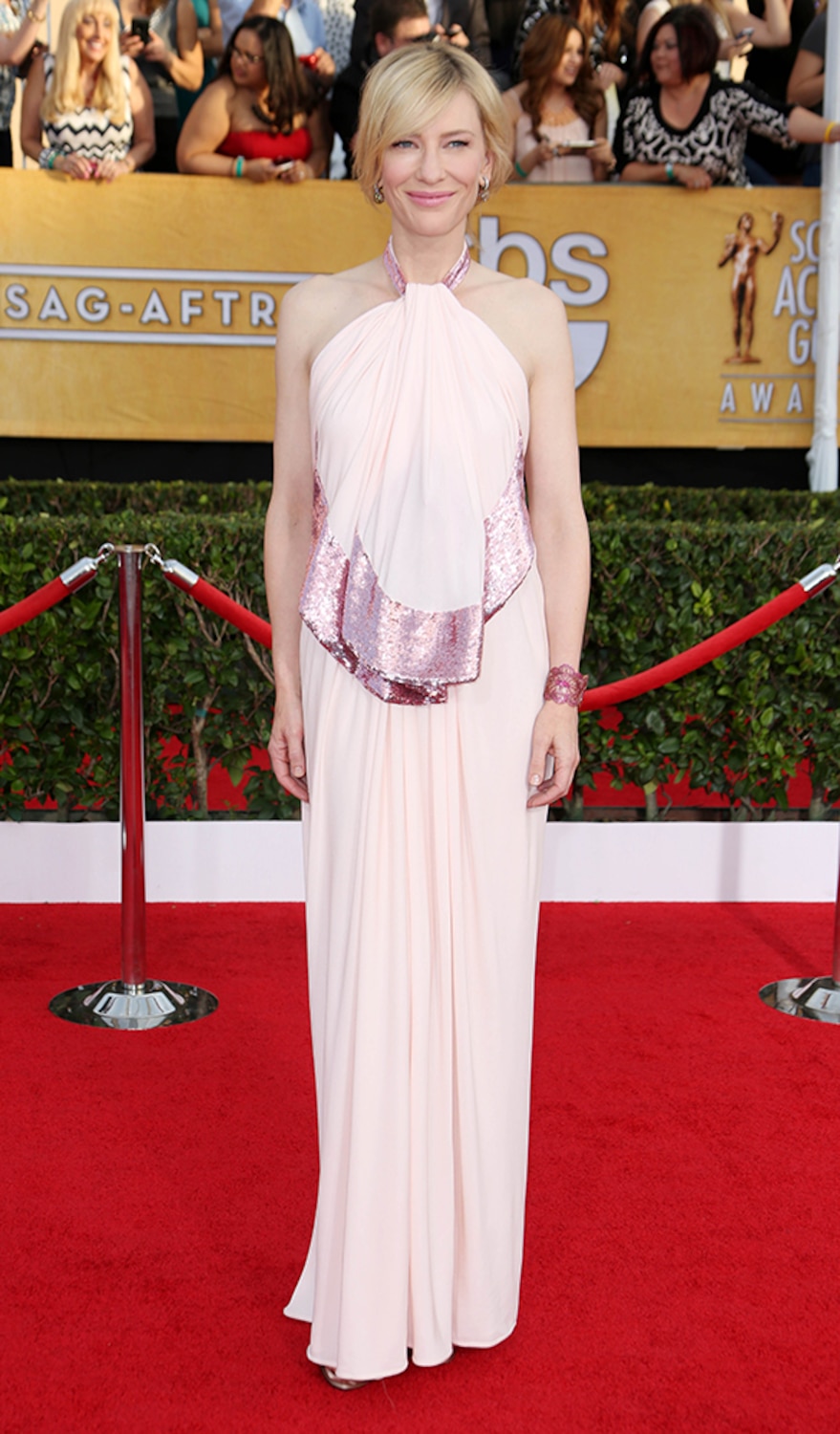 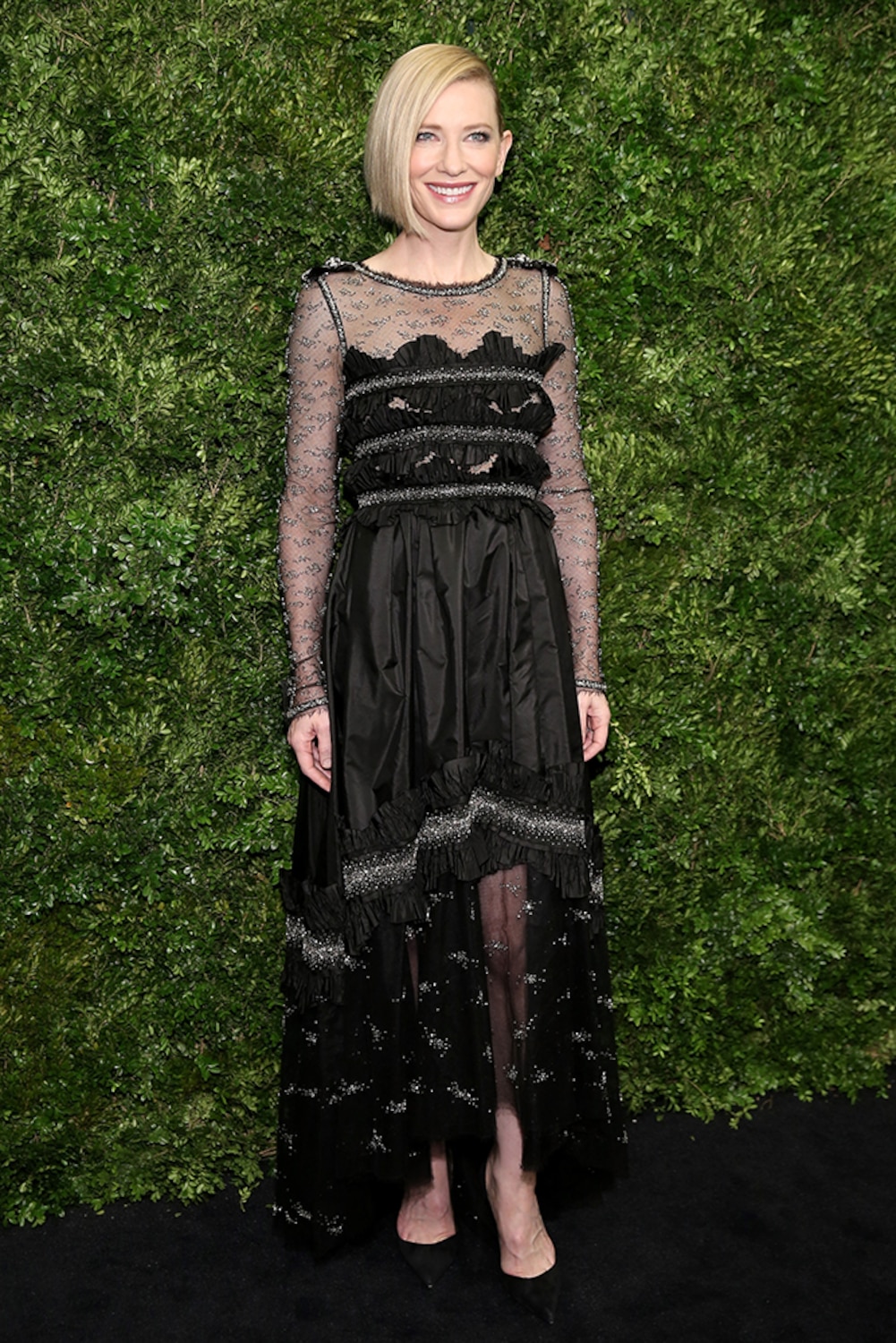 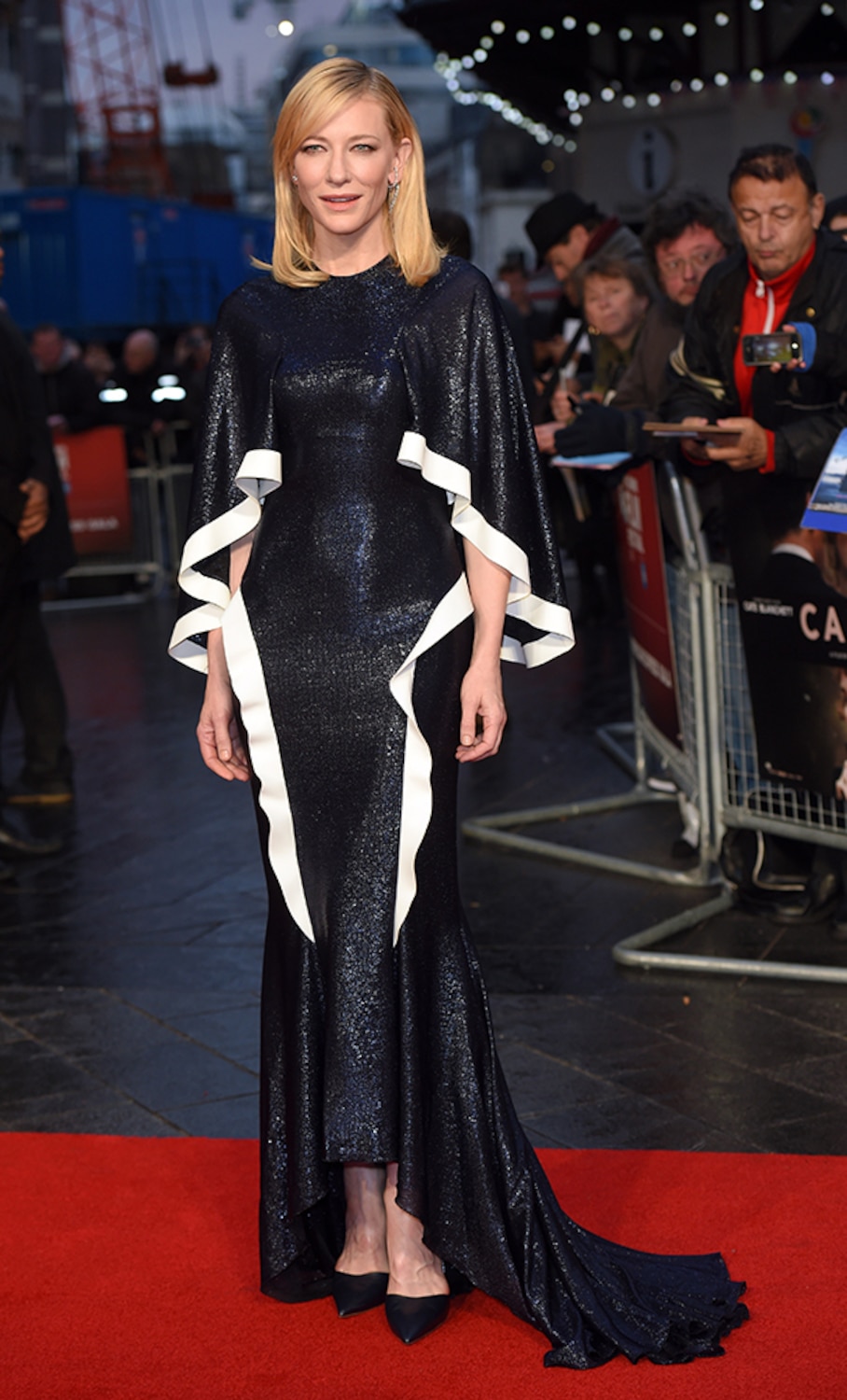 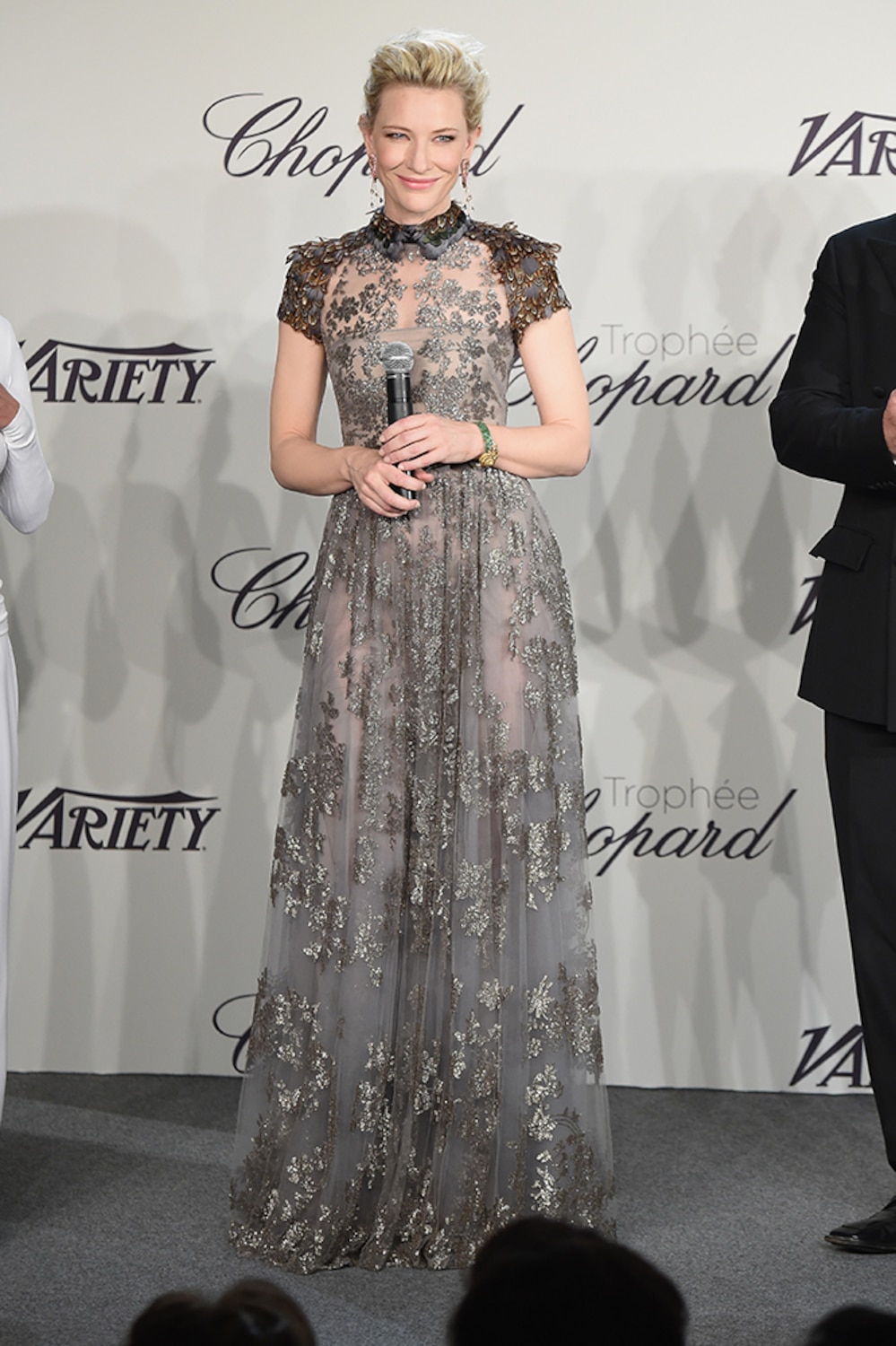 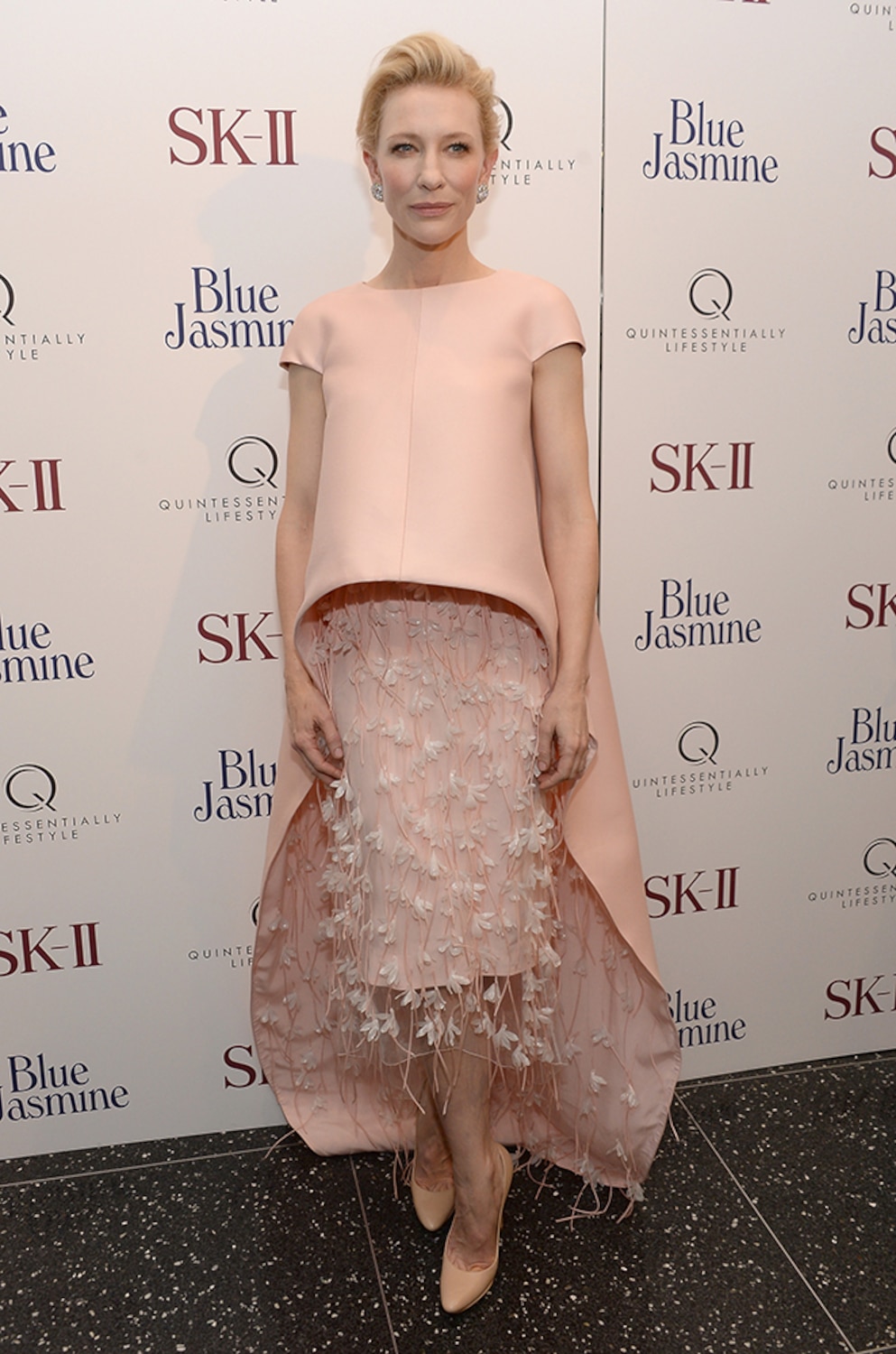 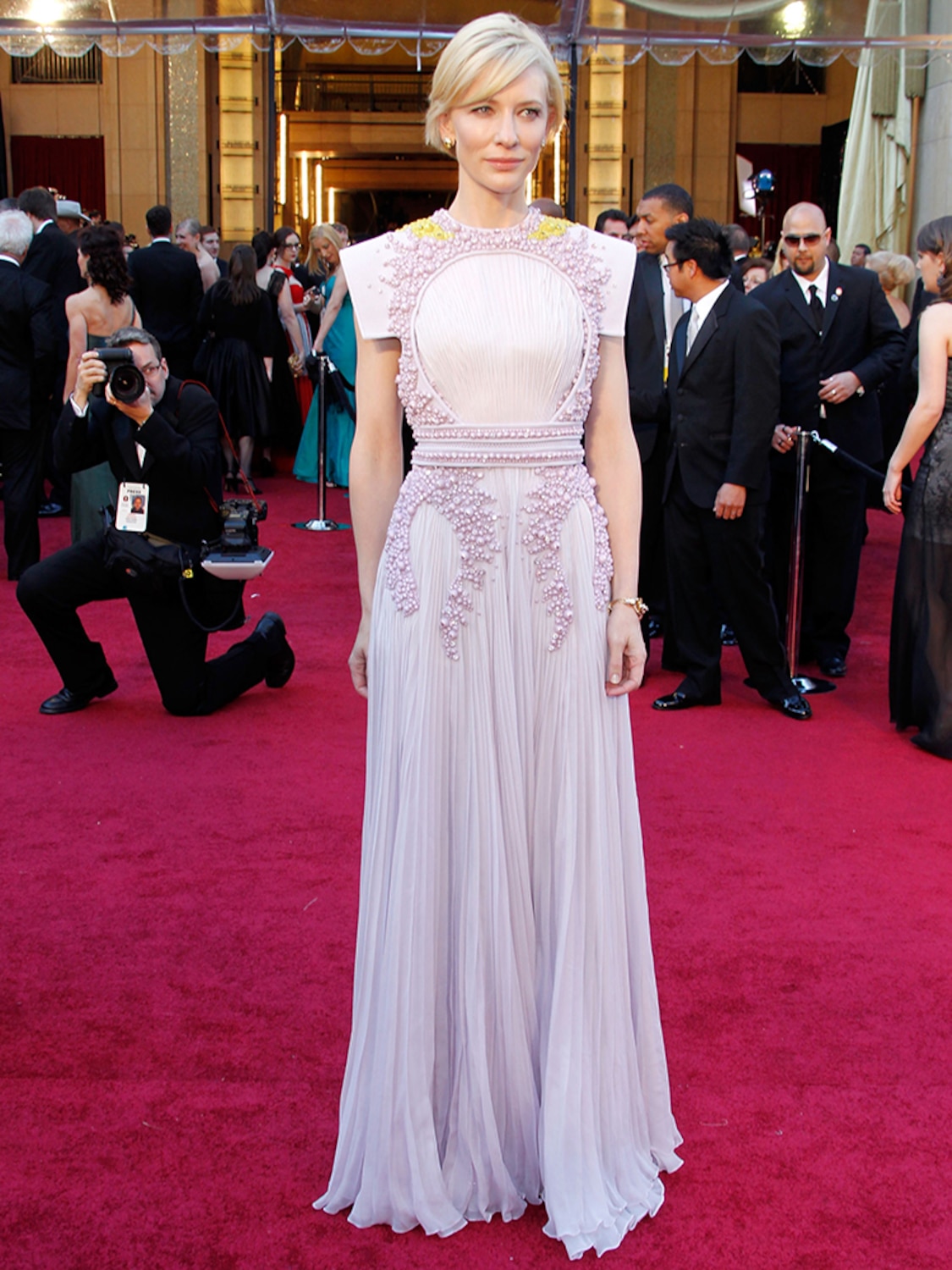 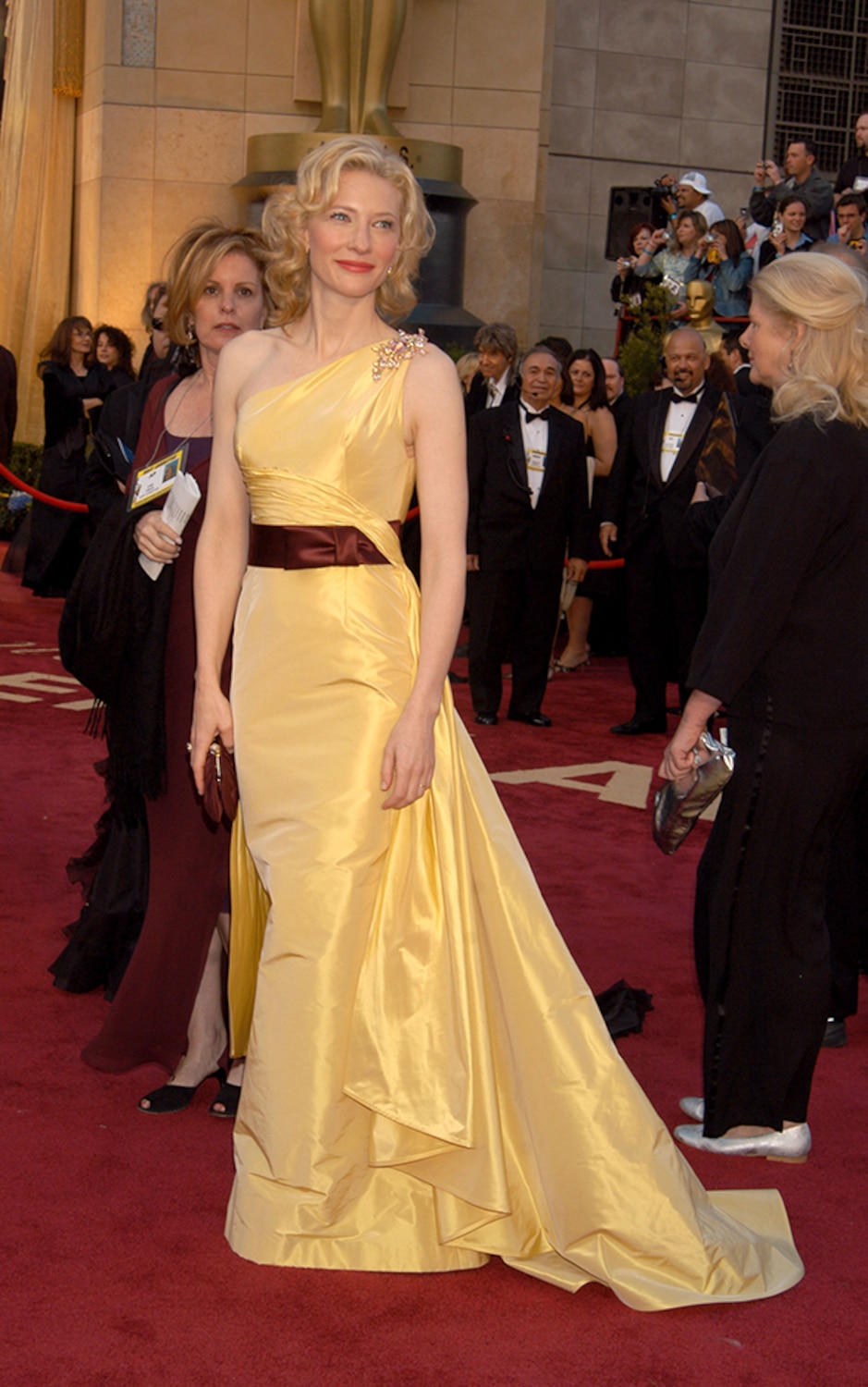 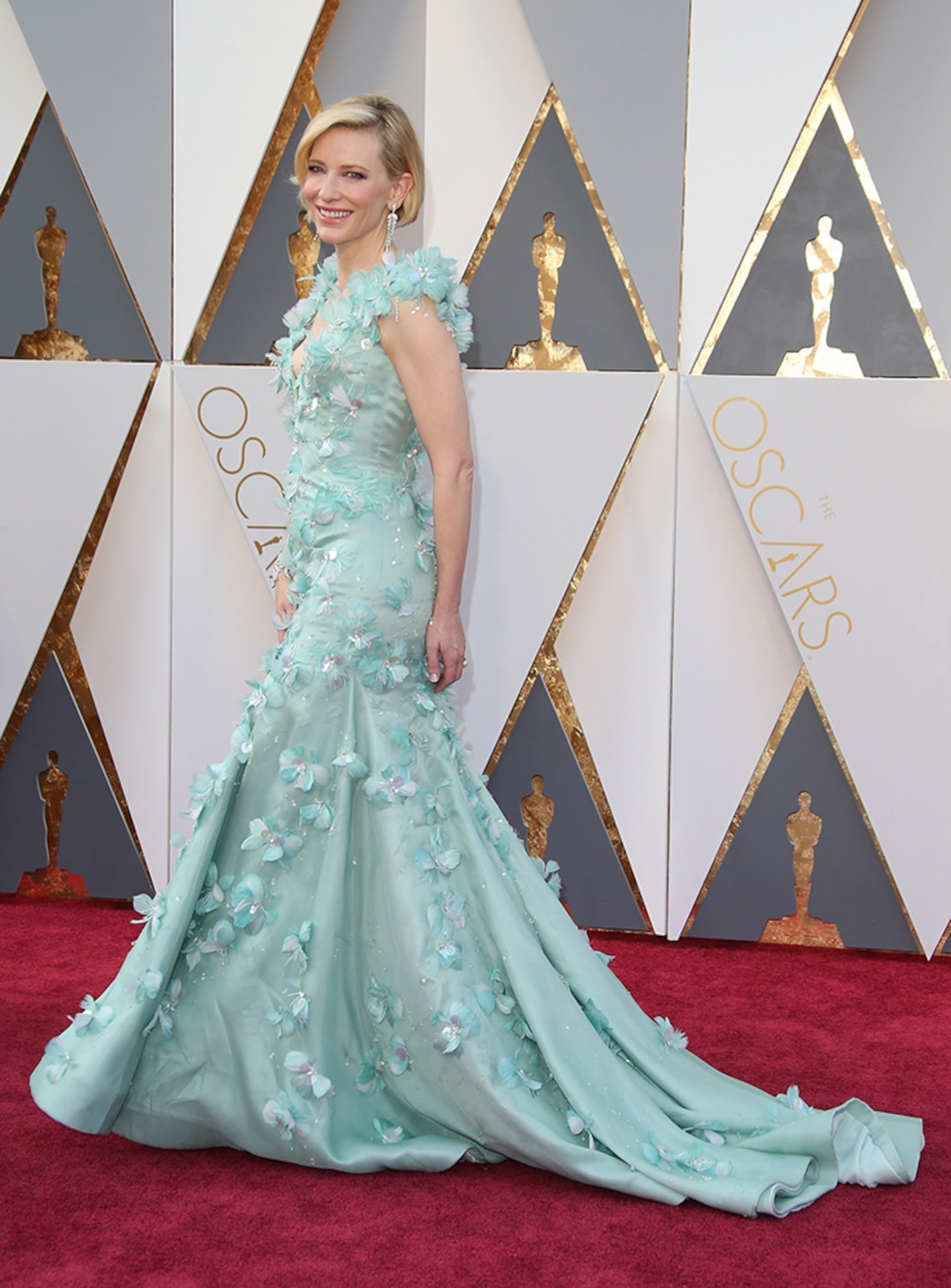 Well accepting the Style Icon award from InStyle Magazine, Cate wore a dress that was straight off the runway from Givenchy.

Stealing the Show in Los Angeles

Cate took over the red carpet in  this incredible flower sequin embroidered dress to the Premiere of 'Thor: Ragnarok" in Los Angeles.

Cate sparkled in this Givenchy dress at the How To Train Your Dragon 2 premiere at the Cannes Film Festival.

Wearing lace for the Golden Globes

In a lace Giorgio Armani dress, Cate Blanchett is stunning for the 2014 Golden Globes.

If you think you spent a lot at the mall on your last shopping trip, this Oscar look was apparently close to $18 million! Nevertheless, she stunned with this elegant gown.

Cate opted for a pink gown by her go-to designer, Givenchy for the 2014 SAG Awards.

Cate Blanchett was honoured at the Museum of Modern Art’s 8th Annual Film Benefit in a black sheer Chanel gown.

This beautiful shimmering Esteban Cortazar gown was the focus of the red carpet at the London Film Festival screening of Carol .

Cate pushed the envelope with this very different blush-pink Balenciaga outfit at the premiere of Blue Jasmine.

Givenchy at the 2011 Oscars

Another beautiful red carpet look, Cate looks fierce at the 2011 Oscars in this pastel dress by Givenchy.

Givenchy at the 2005 Oscars

It is no question that Cate Blanchett and Givenchy have something good going on, as she looks like a ray of sunshine at the 77th annual Oscars.

Tiffany blue to the 2016 Oscars