To say Olivier Polge was born into the fragrance business is a bit of an understatement. The 42-year-old is a native of Grasse, France, which is widely considered the world capital of perfume. Plus, his father, Jacques, is the legendary nose who created almost every scented Chanel product for
the past 35 years. After going to school for
art history, the younger Polge eventually entered the family biz and has been credited with such major fragrance successes as Viktor&Rolf Flowerbomb, Balenciaga Florabotanica and Chanel N°5 L’Eau. In 2015, Polge truly followed in his father’s footsteps by being the fourth person ever to be named creator of Chanel perfumes since the brand’s first scent, N°5, was launched in 1921.

We sat down with the perfumer at the maison de Chanel in midtown Manhattan
to chat about his most anticipated creation for the French fashion house since 2003: Gabrielle. 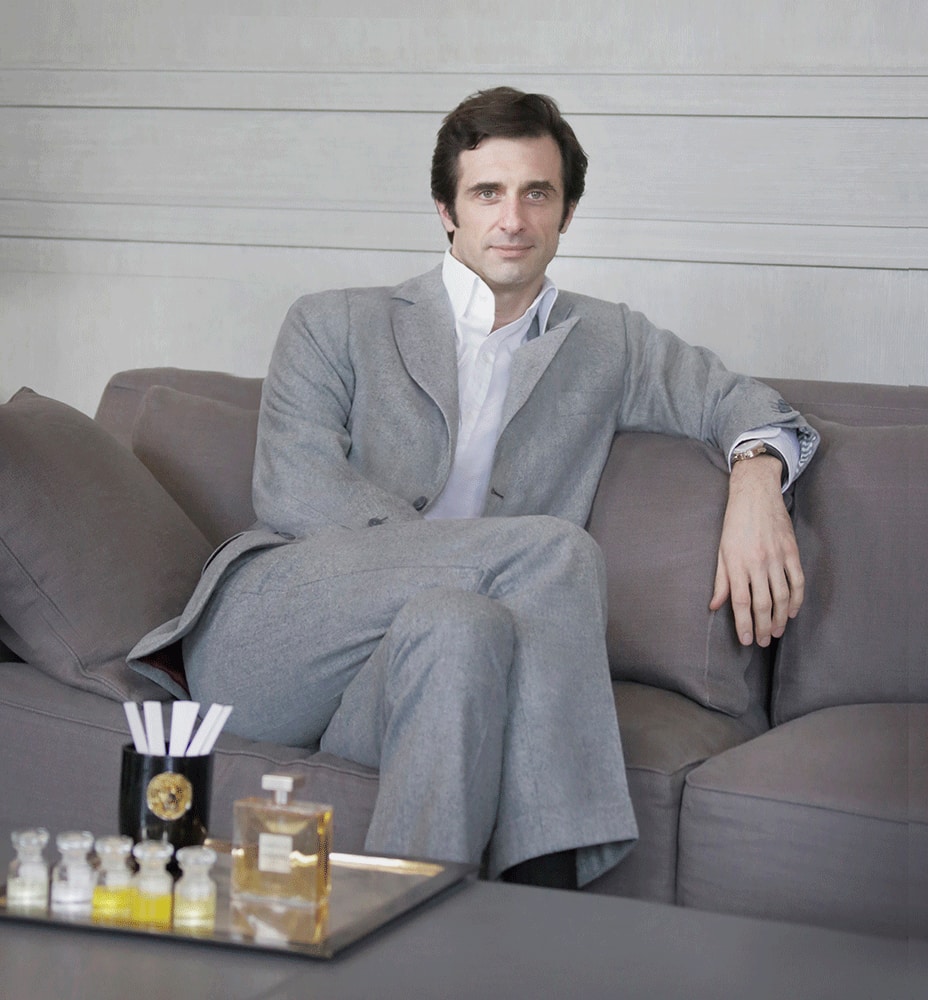 On finding a new scent…

“Bear in mind, fragrance develops over time, so you should put it on your skin and wait at least half an hour before you decide to buy. But the problem is that once you really adopt a fragrance, you become nose blind to it after a few months. It’s a pity because you want to smell the scent you wear all the time, but it’s the way we are made.”

On getting into the business…

“I always knew about fragrance since my father was a perfumer, yet as a teenager, I wanted to do everything but that. I think it was when I was about 20 years old, a student on summer vacation, that at the back of my mind I was looking for something I could do. I did an internship at my father’s work, and that’s when I discovered my passion and decided I’d like to become a perfumer.”

On his biggest challenge at Chanel—creating Gabrielle…

“It’s a completely new fragrance with a new name and a new bottle. It’s a whole new story we’re adding to the Chanel environment, and you cannot do that every other year. Gabrielle is modern. I think that in a world where there are so many fragrances, it would be a pity if we [Chanel] made a parfum that smelled like something we already had. I think within our codes, within our esthetic, we should create new fragrances.”

On the essence of Gabrielle…

“It’s a luminous and radiant fragrance; it’s very feminine. In my mind, I noticed that the link between all Chanel fragrance is flowers. That’s why I wanted to create Gabrielle around flowers and nothing else. This is a white floral, and among the flowers, it includes jasmine, ylang-ylang, orange blossom and a touch of tuberose—grown in the fields of Grasse, owned by Chanel.”

Rose perfume that will make you re-think the iconic flower

Try one of these rose perfumes for a modern perfume update.