We know that in the fashion and beauty world (and notably in Hollywood as well) it's difficult for women over a certain age to continue to work. Which is why we're always excited to see a fashion or beauty campaign featuring women who aren't twenty anymore—and who aren't apologetic about it.

For its fall/winter 2017 presentation, J. Crew enlisted the help of friends and family to show the latest designs. This meant that the collection (which was a fashion mash-up—think tulle paired with tartan and rugby shirts with satin skirts), was worn by women and men of different ethnicities and ages. One of our favourite looks was a simple white top, bold pants and a white-haired beauty who did them both justice. Bravo J.Crew. 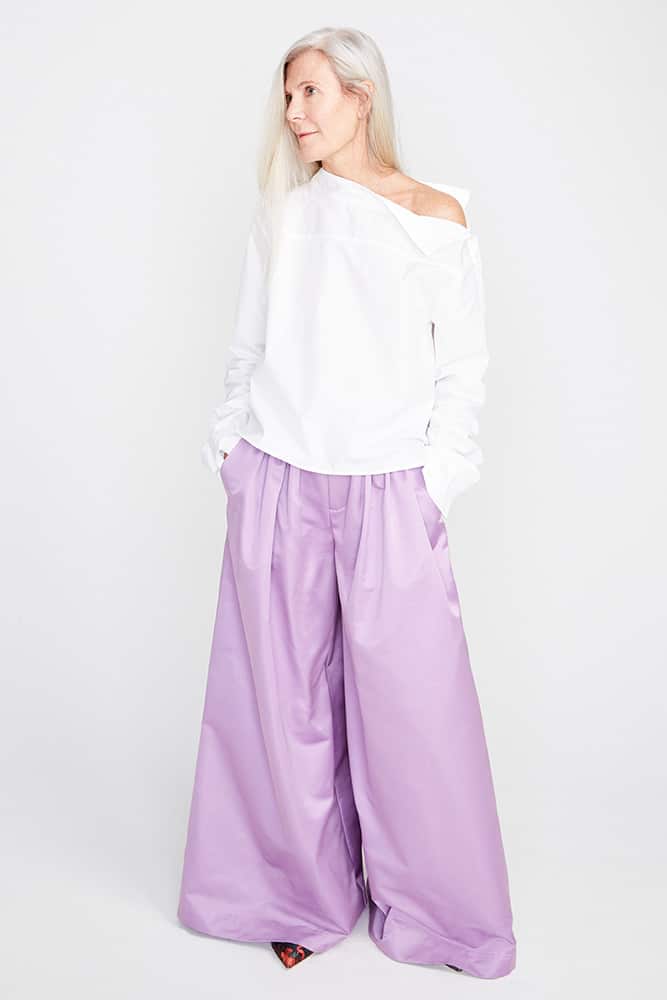 When it comes to the women in his fashion campaigns, Marc Jacobs sure knows how to pick 'em. While you might see young things like Kiernan Shipka, or seasoned models like Noami Campbell, Jacobs' ads are always most interesting when they feature women you don't normally think of in relation to his brand. Take the spring/summer 2016 fashion campaign. Both Bette Midler and Sandra Bernhard make appearances—and outshine their younger counterparts. 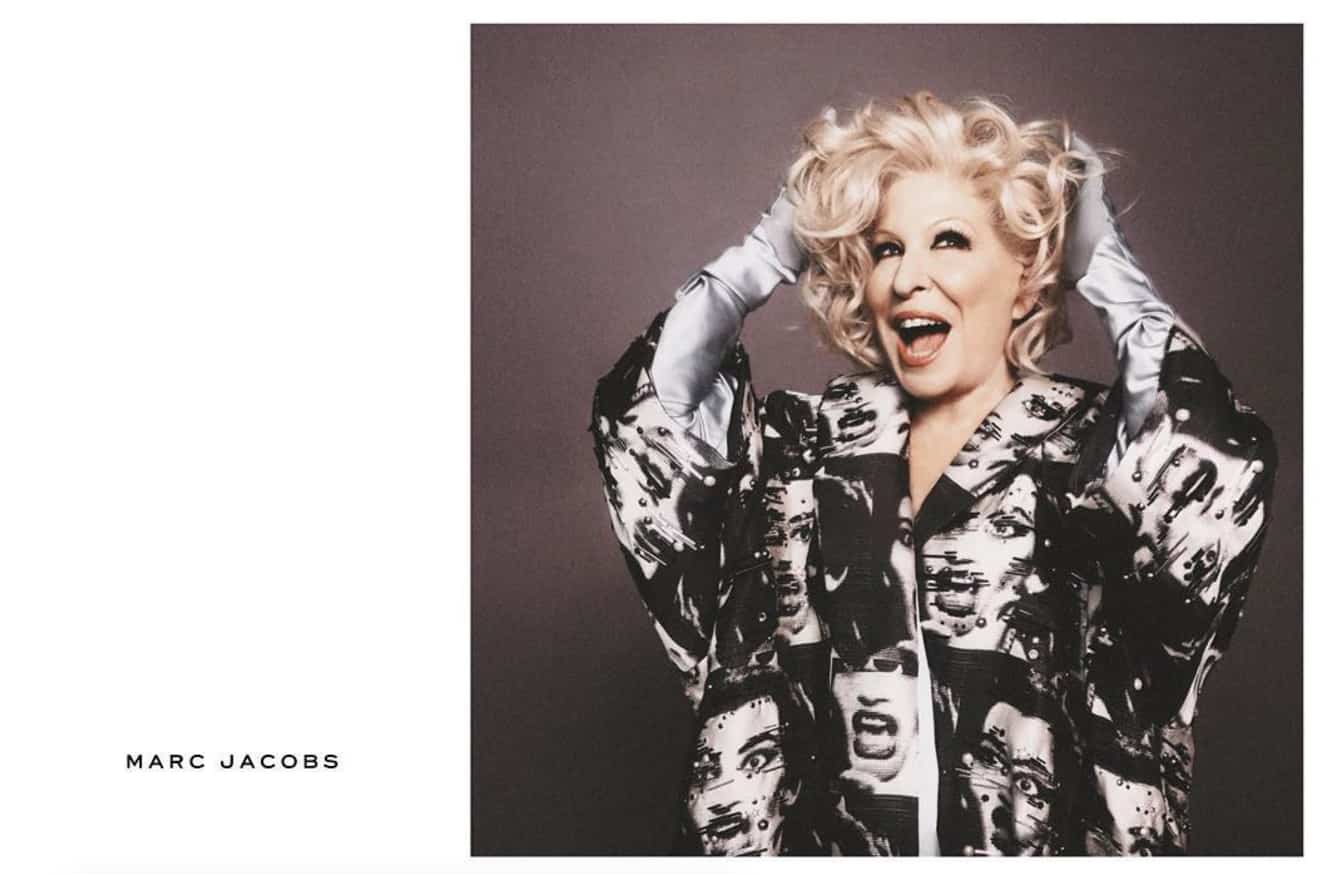 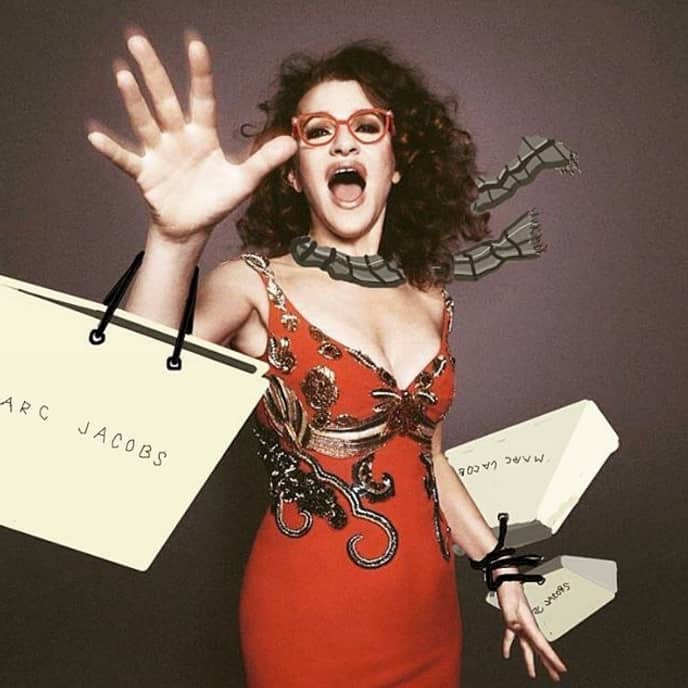 In 2015, Julia Roberts (who is now 49) became the face of Givenchy beauty, in a stark departure from her America's Sweetheart persona. She posed in a boxy menswear-inspired outfit with minimal makeup, undone hair and without a trace of her trademark smile. 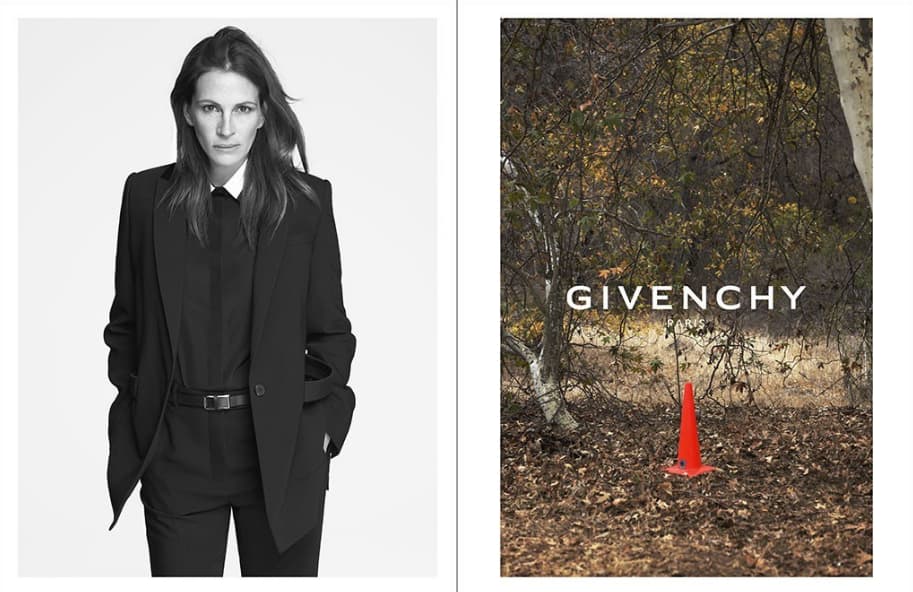 When images for Jo Malone's Spring 2016 collection of perfumes, The Herb Garden, came across my desk I was reminded of how refreshing it is to see women with grey hair and laugh lines in fashion and beauty campaigns. Of course, this is hardly the first more mature woman to be the face of a major brand. 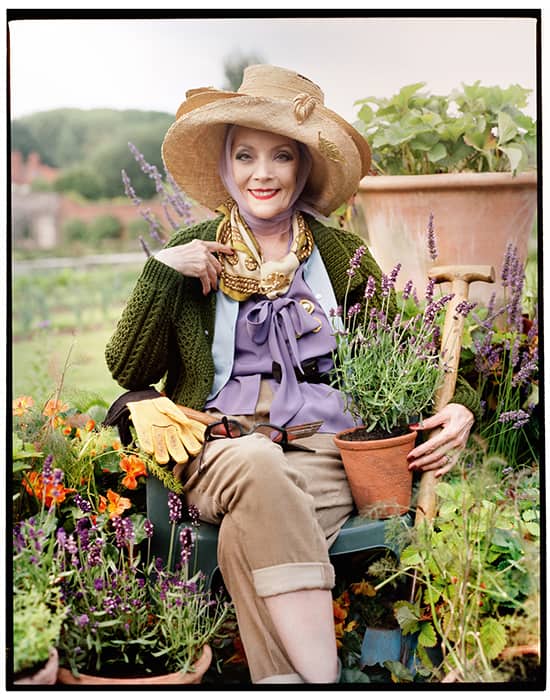 Okay, so at 44 actress Winona Ryder isn't exactly what you would call old. But after years of playing the ingenue in her 20's, followed by a bit of a career drought, Ryder is back in a big way with several film roles in the pipeline and also, as the face of Marc Jacobs Beauty. Though we've yet to see the whole campaign, this snapshot shows Ryder with sleek cat eye makeup, penciled brows and a soft pink lip—a beauty look inspired by Delphine Seyrig in the 1961 film Last Year at Marienbad. 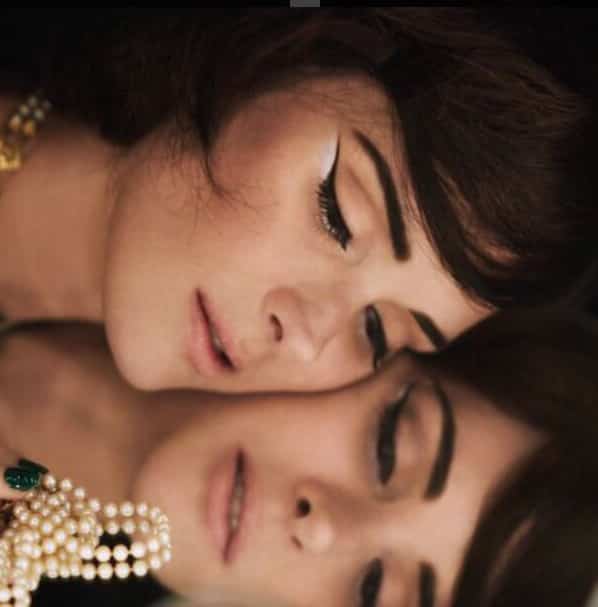 Everyone's favourite other-worldly beauty, Tilda Swinton was the face of NARS beauty in spring 2015. The 55-year-old actress and mother of two showed off her stunning visage against a simple black backdrop, the makeup playing second fiddle to her alabaster skin. 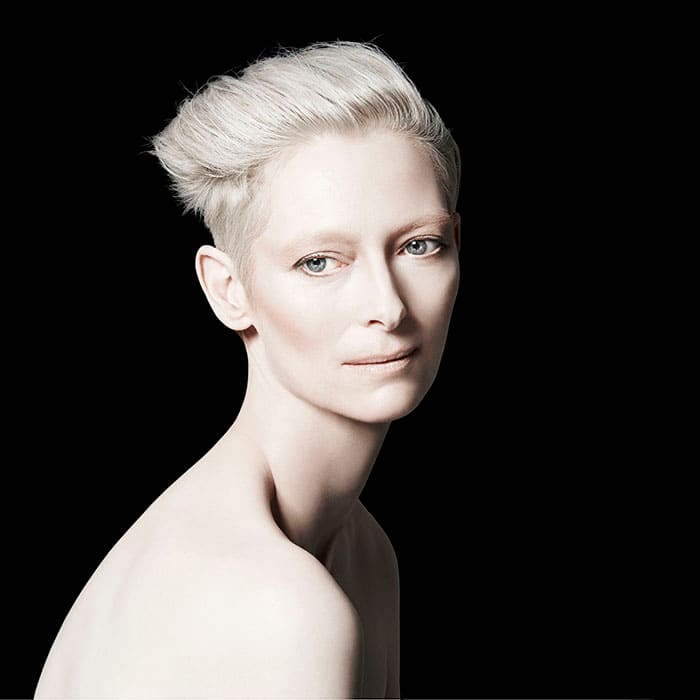 Linda Rodin is no stranger to the camera—she spent many years as a model and then took her turn behind the scenes as a stylist. Now, at 67, Rodin is preoccupied with her skincare line, Rodin Olio Lusso. Known for her incredible style (and her poodle Winks) you can still see her in front of the camera—she models for Coach, Karen Walker and J. Crew (pictured). 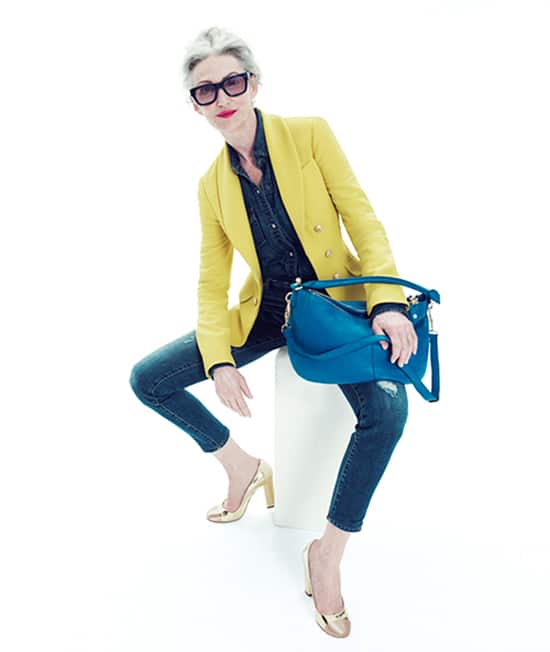 English actress Charlotte Rampling has a career spanning over 50 years and has appeared in English, French and Italian cinema. At 69, Rampling's most recent roles include a stint on TV series Dexter, and the film 45 Years. In spring 2014, beauty brand NARS tapped her to be the face of its 20th Anniversary Audacious Lipstick Collection. 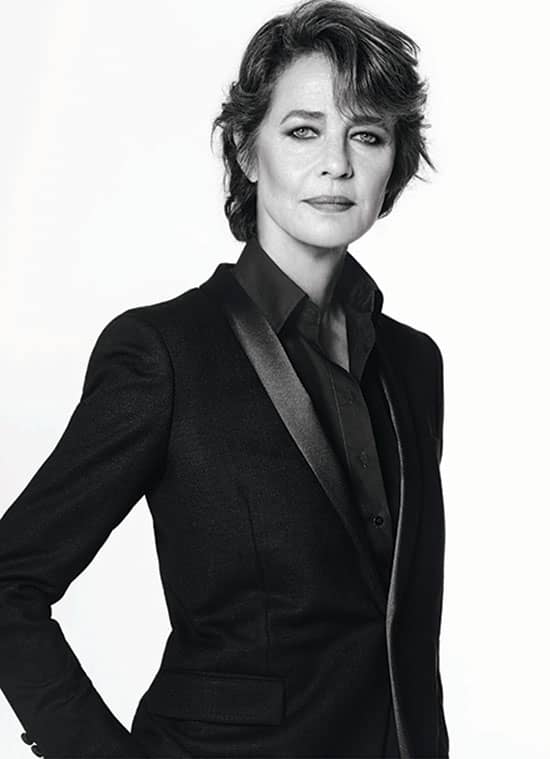 We might be more familiar with Canadian songstress Joni Mitchell's many musical hits, but the 72 year old also became the face of Paris fashion house Saint Laurent earlier this year. Shot at her home in California, Mitchell sports looks in keeping with her folk roots—a peasant blouse, wide-brim hat and of course her guitar complete the spread. 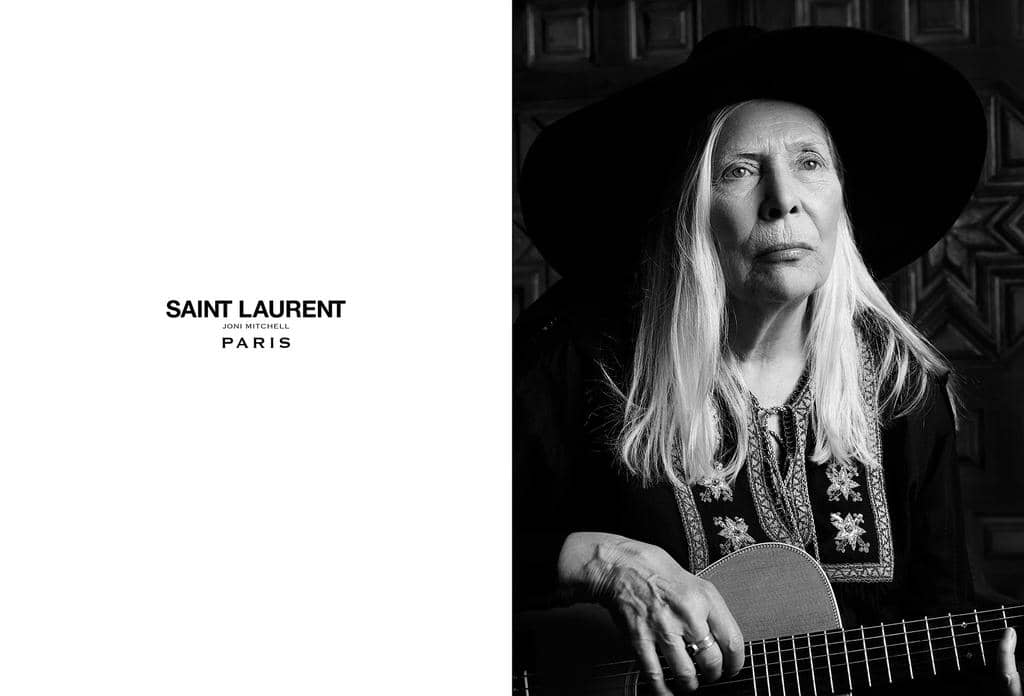 At 81, Joan Didion's status as a literary icon remains entrenched. (Her oft-shared "Packing List", and classic Slouching Towards Bethlehem continue to inspire women everywhere.) Now the writer can add model to her impressive resume. At the beginning of 2015, Didion starred in a fashion campaign for Celine—wearing a simple black shirt, oversized black sunglasses and a gold pendant. As a woman who started her career in fashion (writing for American Vogue) it makes sense to see her as the face of Celine—still effortlessly cool and collected. 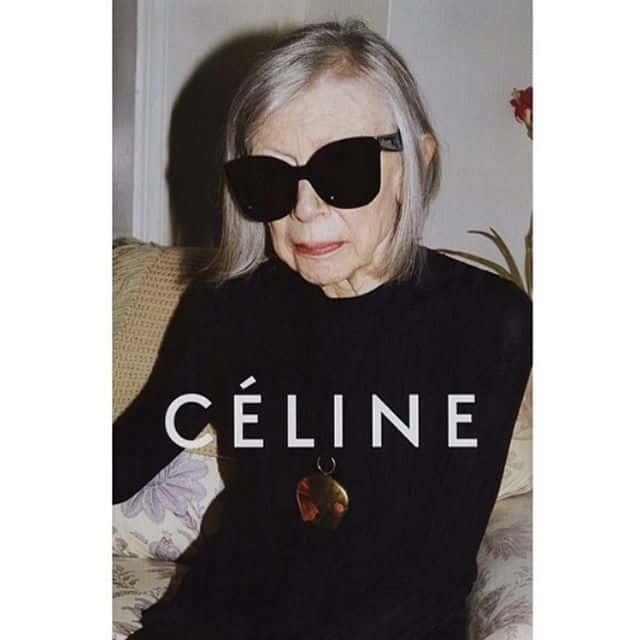 Iris Apfel is 94 years old and something of a superstar in the fashion world. Selections from her wardrobe has even been featured at The Metropolitan Museum of Art. The documentary about her life and style, aptly titled Iris, gives us a glimpse of the former business woman and interior designer's personal style. Luckily for her, brands like Kate Spade (pictured) and Alexis Bittar have taken note and have featured Apfel in their campaigns. 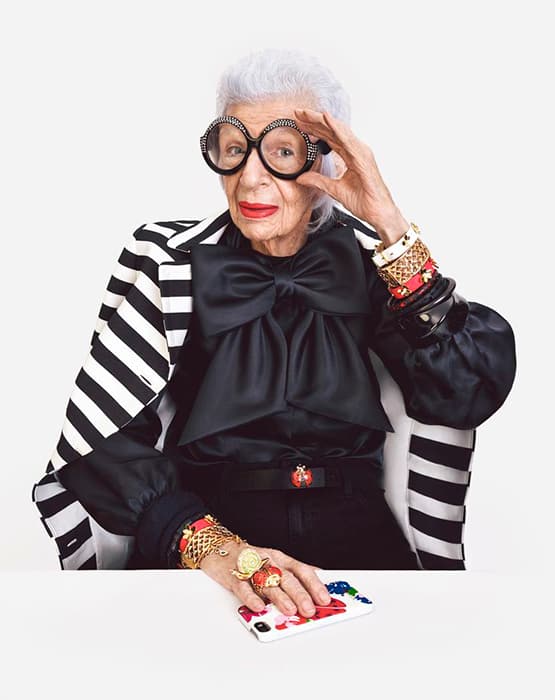 After personal losses, Céline Dion emerges better than ever in 2016 with a new gig and a new stylist.