Share
Discovered at age 16 in a clothing store in London, England, Jourdan Dunn has swiftly catapulted to catwalk stardom. Today, the 25-year-old is a Forbes-listed top-earning model, has more than 1.3 million followers on Instagram, hosts Well Dunn, a YouTube cooking show, is an ambassador for the Sickle Cell Disease Association of America and is mom to five-year-old Riley, who has the genetic blood disorder. We caught up with the Maybelline spokesperson during New York Fashion Week and chatted about everything from Dunn's beauty secrets to her passion for cooking. – Julia McEwen

How do you juggle your hectic career with being a single mother?
Sometimes it's tough, but I'm so lucky and blessed to have a great support system. My mom is amazing and so is my agency—they understand that, before I'm a model, I'm a mother. I've turned down a lot of stuff because I want to spend my time with Riley, especially now that he's started school. It's important to me.

What spurred the idea behind your YouTube cooking series, Well Dunn?
Life + Times [Jay Z's YouTube channel] wanted me to do a video series, doing something outside of how people perceive me. People don't really put modelling and cooking together. I'm not saying I'm a chef, but I am a home cook, so I'm chopping up things, I'm banging things, food's everywhere—it gets messy! I guess that's why people like it, because it's real.

What are your travel beauty secrets?
I'm obsessed with how Asian women take care of their skin. South Korea's 12-step approach is a bit much, so I've narrowed it down to seven or eight steps. My favourite step is masking. During flights, I like to carry face-mask sheets. I apply one before we're about to land; everybody's sitting down so no one can see me. I don't care if it looks crazy; it's worth it as long as my skin looks amazing when I get off the airplane.

What's your favourite perk of being a Maybelline New York spokesperson?
I have so much makeup it's crazy. I really love to practise different looks on myself. I'm proud to be a visible minority fronting a major beauty campaign. And, hopefully, people who look like me will say, "You know what? If Jourdan can do it, I can do it, too." 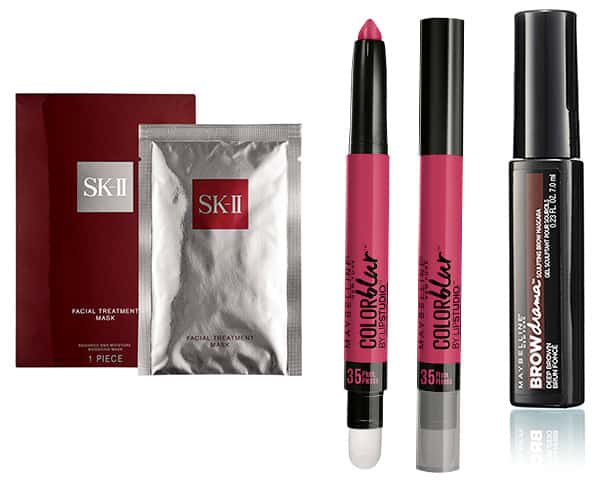 This article was originally published in the October 2015 issue of Canadian Living magazine.

Subscribe to Canadian Living today and never miss an issue!