We asked six of the biggest names in the nail world to dish on the must-have mani of the season. Here’s what they had to day about hot hues, cool effects and what’s inspiring them now. 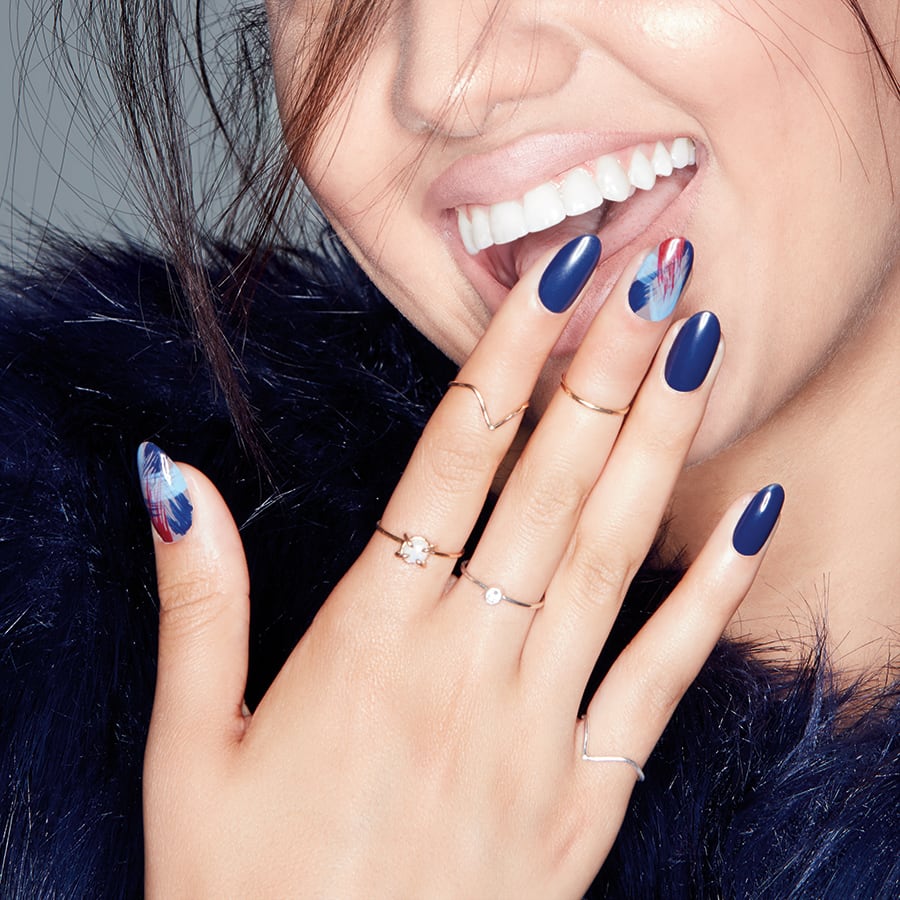 Among the fashion industry and celebrity elite, Tom Bachik is one of North America’s most sought-after “man”-icurists. The southern California native spent his early years skateboarding and competing on the BMX circuit, but that all changed when his wife got pregnant and he needed to find a job that would provide for this growing family—fast. A hairstylist cousin suggested he get his manicure licence, so he did, thinking it would be a short-term solution. Then, Bachik realized he was good. Twenty years later, he’s an industry icon, repping L’Oreal as the company’s global nail designer and spokesperson, and regularly working with such stars as Jennifer Lopez, Anne Hathaway and Blake Lively.

This season, Bachik is feeling vampy, opulent tones. “Think ‘90s fashion, where dark, rich tones were no longer considered goth,” he says. “We’re going back to that kind of regal colour family.” Bachik notes that it’s not just that lacquers are darker but also that colours are more saturated, so they look deep and lush. When it comes to nail art, he’s inspired by bold stripes, geometric shapes and texture. “I think dry brushing is a cool look,” he says. “It gives you that textured, layered effect, like a tweed jacket.”

Pro tip: “To get the dry brushing effect, wipe off the excess polish; I use a piece of paper to wipe each side of the brush. The key is putting a small amount of pressure on the tipoff the brush, almost holding the brush straight up and down. All the little tips of the hairs on the brush are depositing colour, so you’re almost getting a splash of colour going across.” 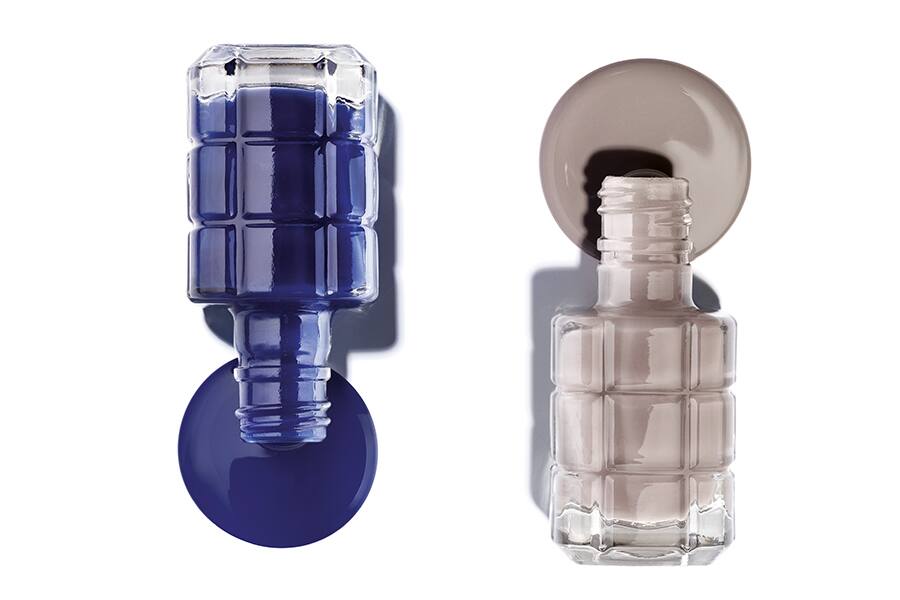 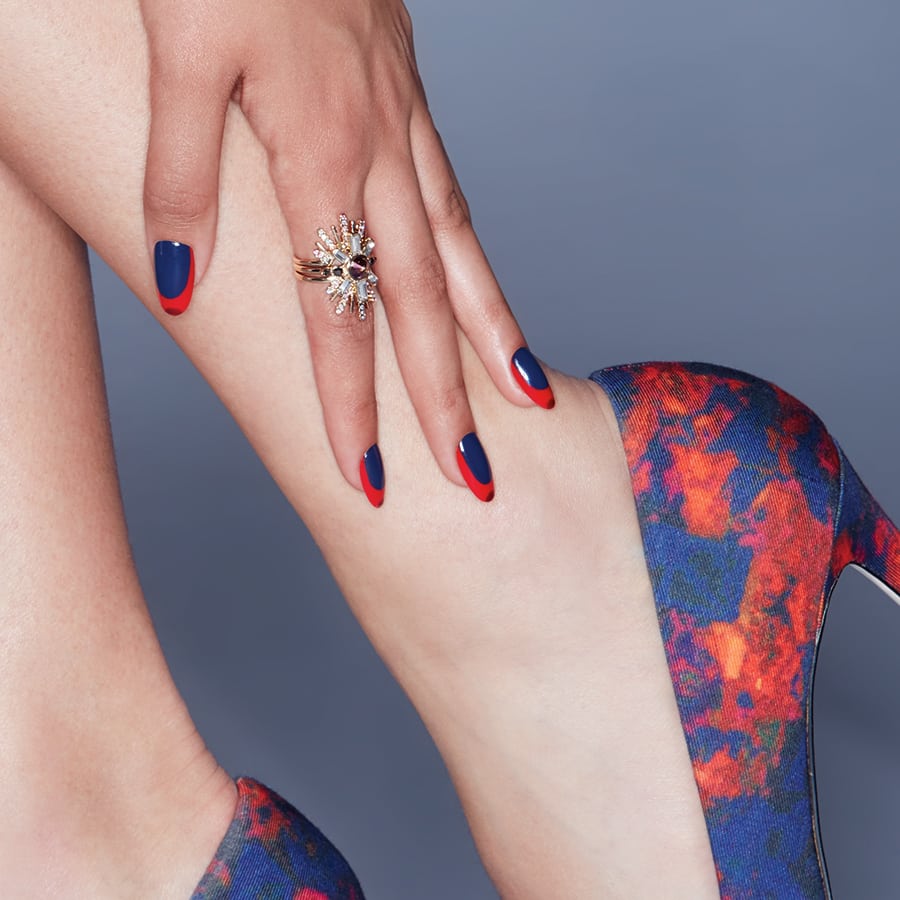 Checkerboard prints, geometric motifs and kaleidoscope shapes are some of Madeline Poole’s kooky—yet very cool—signature manicures. The New York resident and Sally Hansen global colour ambassador is one of the most talented and recognized nail artists in the industry: Her work has been spotted in magazines, at Fashion Weeks and on the digits of celebrities.

This fall, Poole feels nostalgic for the classics, such as rich navy, energetic orange and a whole spectrum of greys, from heather to charcoal. But her top tip is Sally Hanson Colour Therapy in Unwine’d: “It’s deep enough to feel burgundy while still reading like a rich red,” she says.

The look she created here melds two trends: semicircles and a futuristic French manicure. “Both of these trends also look great on their own—and the semicircle at the tip is quite easy to recreate at home.” 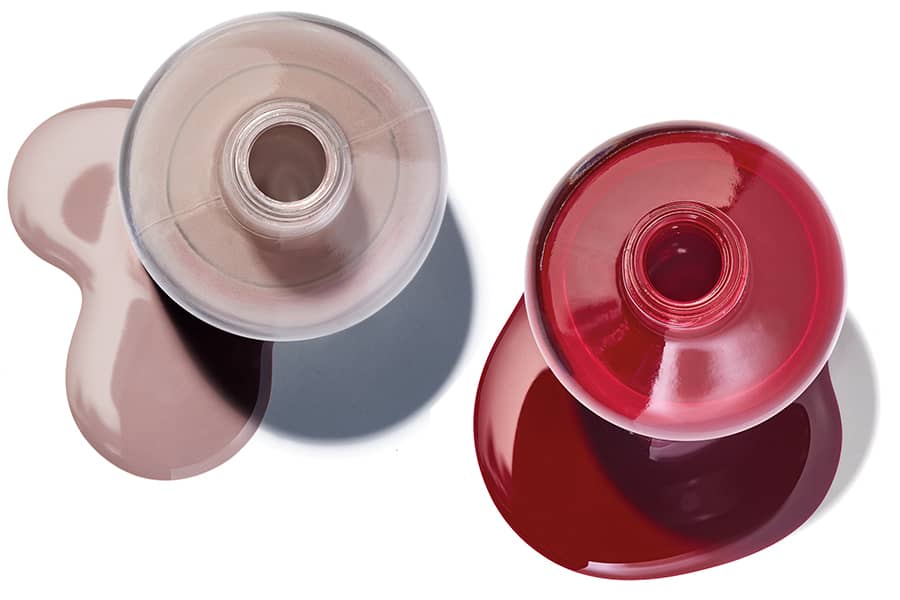 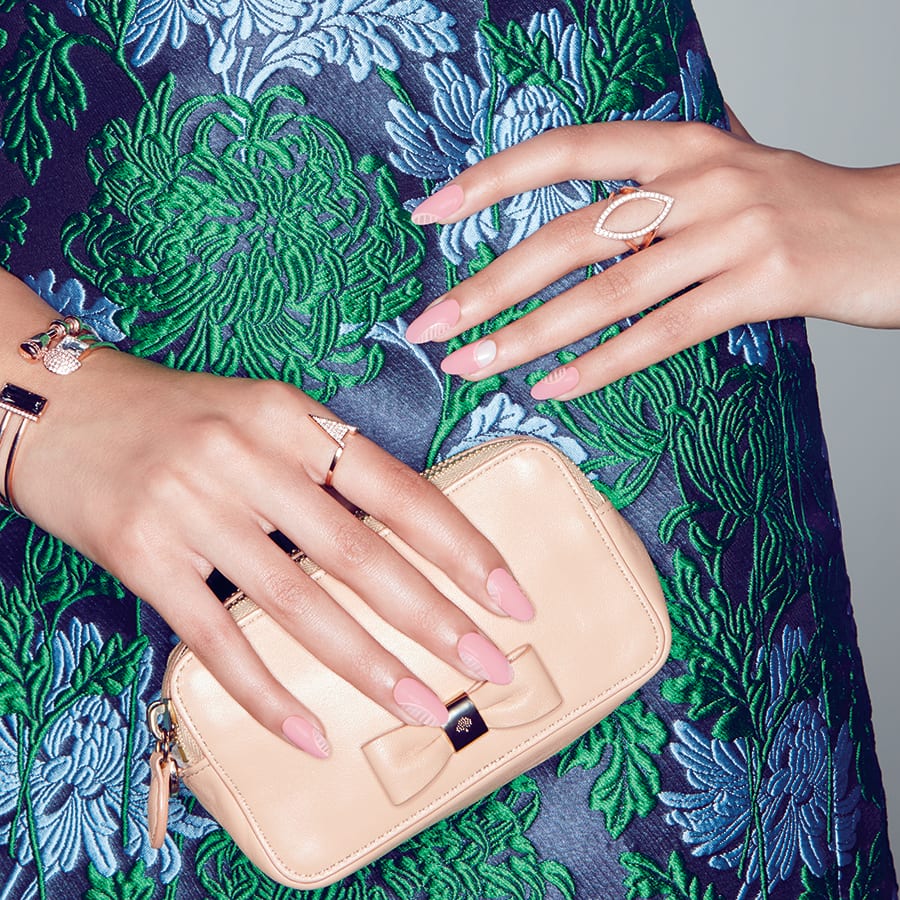 She lives, breathes and dreams nail polish, which explains why Leeanne Colley is one of Canada’s top manicurists. Her work has graced the hands of some of the world’s hottest celebrities and supermodels at Fashion Weeks in New York and Toronto, and her talent has been featured in countless magazines.

In her home base of Toronto, Colley is best known for her to-die-for nail-art skills and her award-winning salon, a manicure hot spot for editors, influencers and loyal clients.

Her “it” mani for the season was inspired by a dress from the Alexander McQueen Fall 2016 show. “I often follow what’s happening on the runways for inspiration,” says Colley. “Both fashion and beauty inspire each other.” 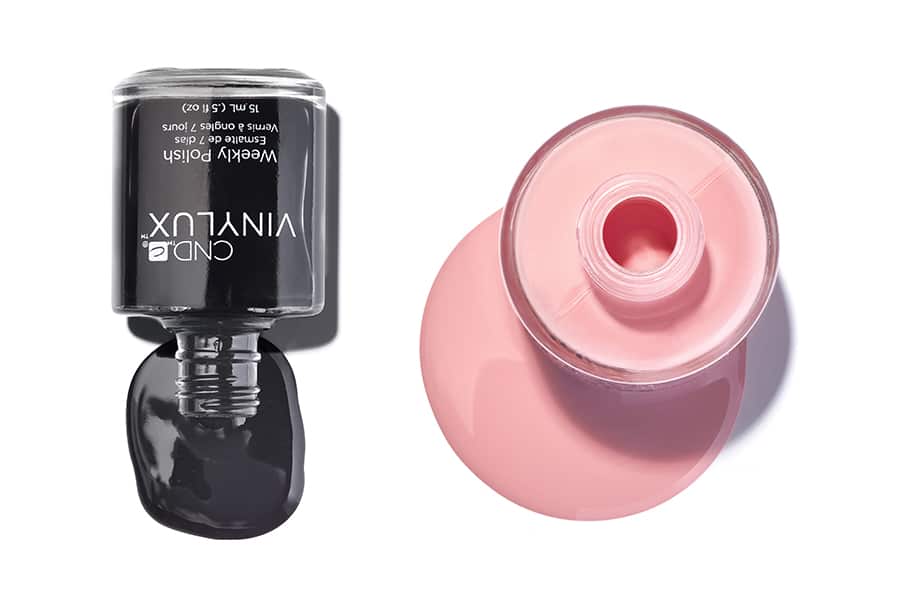 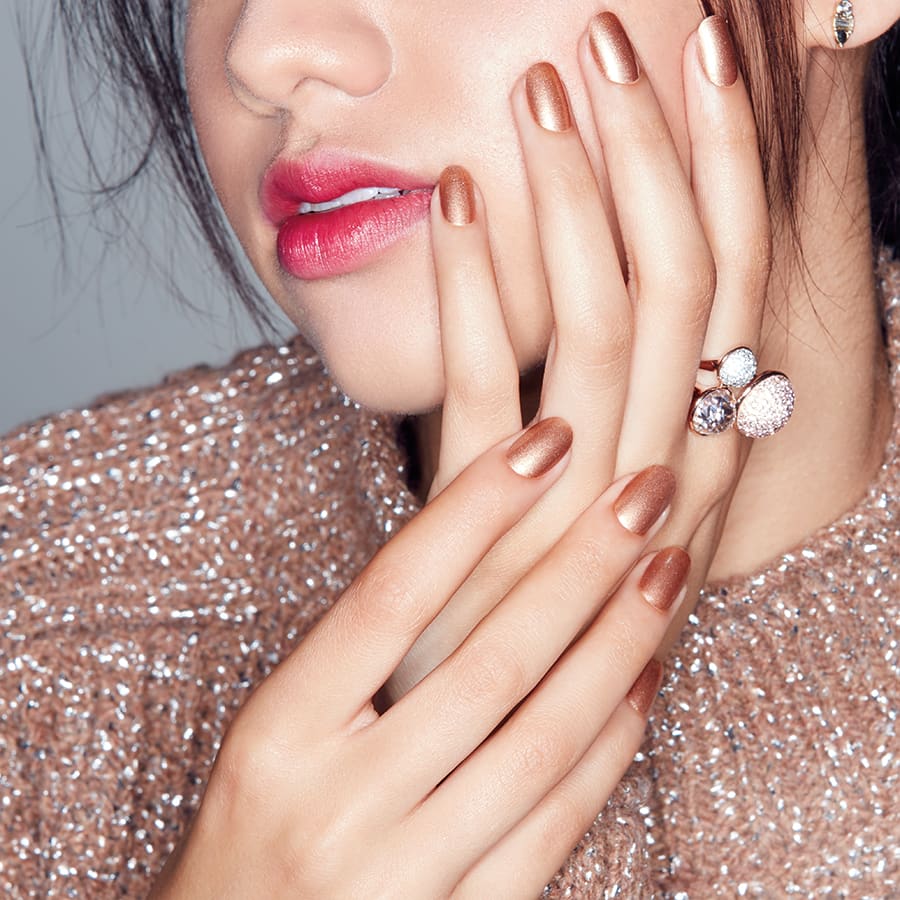 Revlon’s been in the nail game since 1932, but it was only this year that the company added a global nail authority to its team: Instagram-famous Los Angeles manicurist Chelsea King. The self-proclaimed “former tomboy” discovered her affinity for nail polish when her mom ordered a mandatory manicure for her senior prom. It was love at first swipe. As for her first enamel purchase? “It was actually a Revlon colour—a mint green,” says King. “I thought it was so unique.”

Though King usually favours darker lacquers for fall, this autumn she’s fallen for warm metallic with a twist: a matte topcoat. “It looks very interesting; it’s a finish you wouldn’t expect,” she says. As for length, King is a proponent of short nails. If you have petite nails, stay away from square tips. “Rounded nails, following your natural shape, can help elongate short nail beds.” 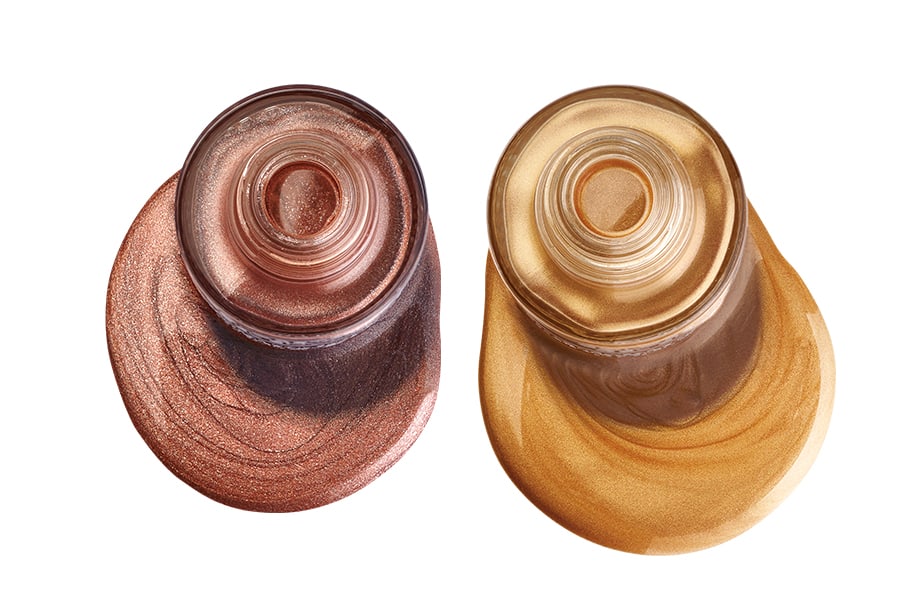 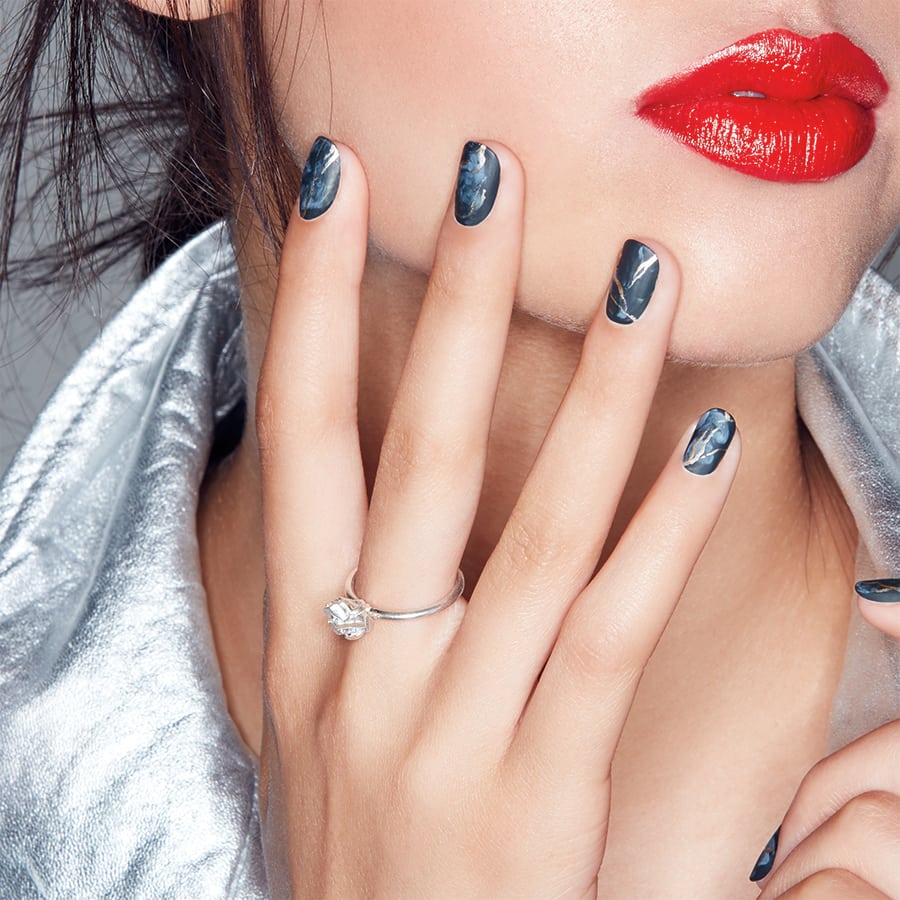 Rita Remark takes the cake for being one of the most beloved nail artists in the industry. It could be because this sunny Canadian is friendly, warm and engaging, but what it really comes down to is her passion for nail polish.

In 2013, polish powerhouse Essie took note of Remark’s handiwork and hired her as its lead artist in Canada. After Remark hones her skills and showcased high-impact designs in editorials and at Fashion Weeks, the Essie higher-ups recognized her talents, giving her the impressive title of global lead educator in 2015.

“Beautiful but a little bit tough,” is how Remark described this matte-meets-metallic marbleized mani, inspired by the look she created for Helder Diego at this past Toronto Fashion Week. “For a long time, we’ve been doing clean, graphic nail art,” she says, “But there’s something about this look that puts the art in nail art.”

To get the look, Remark applied a hunter-green base colour, then, when it was still wet, she splashed a few small drops of white enamel over top. Remark then applied plastic wrap and peeled it off quickly to create the smoky pattern. She used a matte topcoat for a stone-like effect and painted on gold veins with a detail brush. “It shouldn’t be symmetrical. It’s good if one nail has a little more gold.” 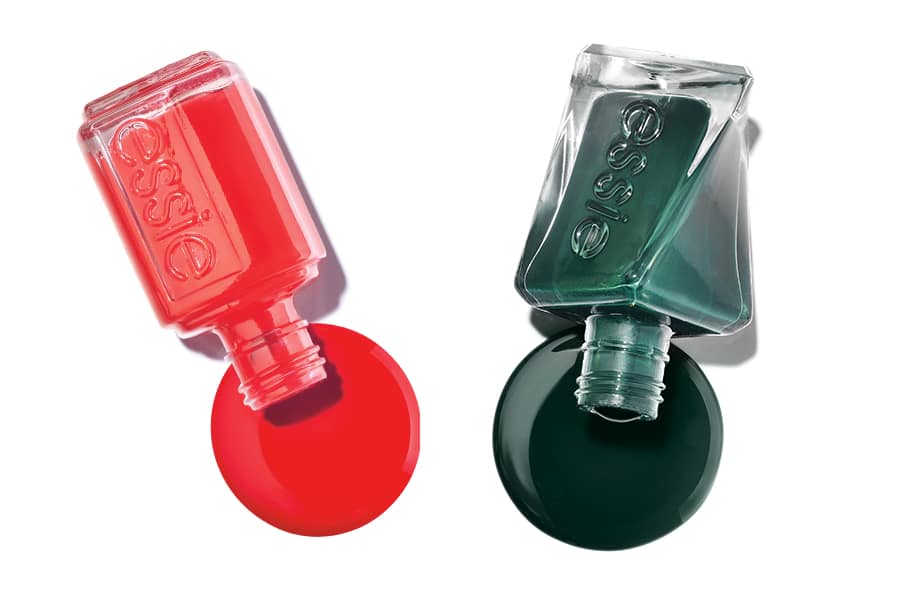 If anyone understands the importance of keeping you nails on point, it’s Melissa Forrest. The Toronto-based manicurist has been in the industry for 20-plus years, working with everyone from major beauty brands to come of Canada’s top magazines.

“Fall colours typically help to bring our eyes to a more demure palette,” says Forrest. But this season, she feels the enamel shades are becoming earthier and more decadent. As for nail art, she says decked-out digits are still going strong, especially bold and linear designs. “I’m a big fan of ‘60s fashion, which translates to black, white and precise graphics.” 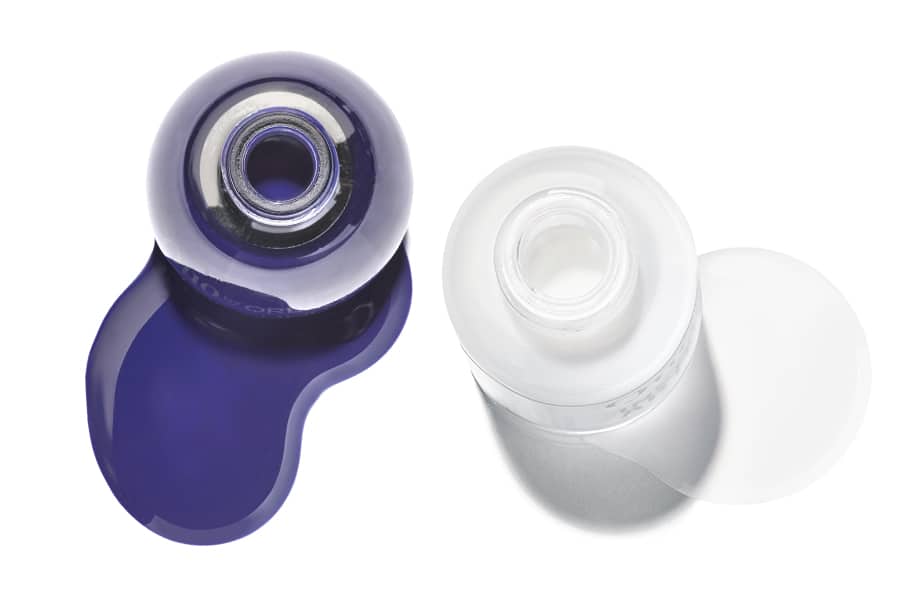 After having heart surgery at age 25, Barbara was told her life expectancy was 30. She's now 51 and living life to the fullest. Learn more about her inspiring story and what being beautiful over 50 means to her.

Over 50 and fabulous? Our guide to aging gracefully helps you choose the skincare, hair and makeup products that are right for you.

The best manicures for fall—as picked by the pros