Writer Natasha Bruno chemically straightened her coily hair for years in search of confidence and beauty. It wasn’t until she embraced an afro that she finally found it.

As a child, my hair was always pulled back into some type of updo, like braids or buns, and by age 11, I had convinced my mom to let me chemically straighten my strands. I told her that it would make my hair easier to manage on my own but, truthfully, there was more to it. I was after the ultimate, poker-straight blowout, which even at that young age, I knew was the most sought after beauty ideal.

As a teenager, especially throughout high school, my main beauty goal was to blend in. Growing up in a predominantly white town in western Canada, I was always one of the very few black students in school. When it came to my own classes and friend groups (plus any after-school activities like dance lessons) I was always the only black girl in the bunch.

My hair straightening routine was WORK. When Sunday rolled around, I’d spend three to four hours on my hair to achieve the sleekest results. My steps, start to finish, included: washing, a deep conditioning treatment, rinsing, a leave-in treatment, air drying, blow-drying and, finally, flat-ironing. For a while, I even had my own hooded hair dryer to help speed up my air-drying time.

By the time I was done, my arms were exhausted, my neck hurt, and it was basically dinnertime. I’d also aim to wrap my hair every night with a satin or silk scarf to help preserve the style until I washed my hair again and could repeat the routine. I’d go over it with a flat iron a couple times a week to remove any unavoidable kinks. My hair and its accompanying routine owned me and obsessed me—and this lasted for 15 years.

I automatically looked different because of my skin colour, so obsessively straightening my hair was my believed ticket of conforming to the western beauty ideal, to what was—and let’s be frank, still largely is—deemed the most attractive. Smooth, shiny hair that doesn’t kink or coil. Hiding my natural texture with the help of harsh relaxer and endless blow-drying and flat-ironing was ultimately a shield to protect me from what I assumed would be ridicule and rejection. 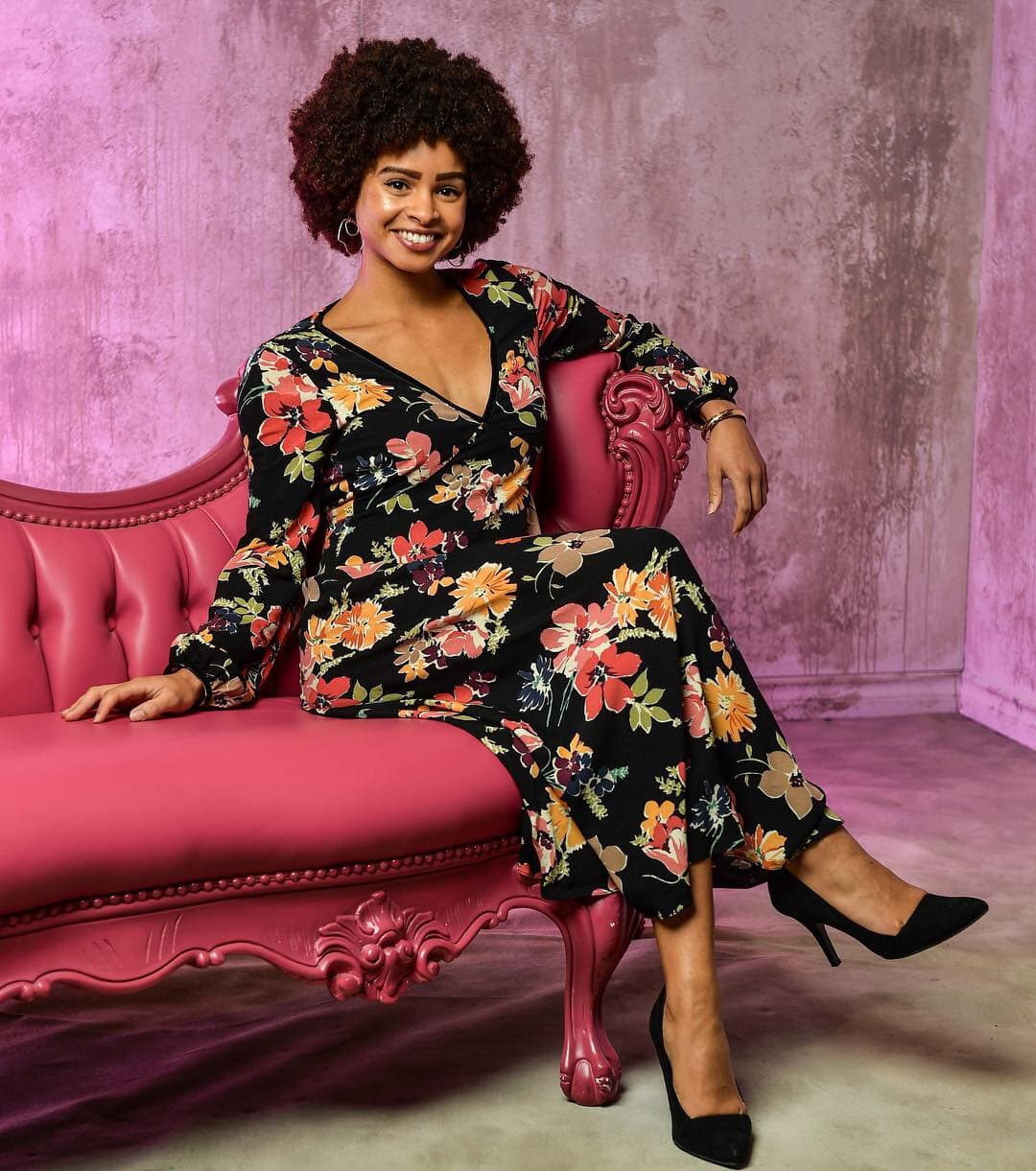 It wasn’t until the early 2000s that my desire for straight hair began to slowly fade. I had just moved to Toronto for college in 2007, and began witnessing the natural hair movement really picking up steam.

The natural hair revolution, which continues to this day, created a major shift in the narrative regarding black hair. It was directly rejecting mainstream perceptions about beauty within the black community by encouraging women to relinquish their loyalty to chemical relaxers and, instead, rediscover the tightly coiled textures they’ve spent practically their entire lives trying to tame. It formed a way healthier perception—and product selection—around black hair, and historically derogatory references like “nappy” and “kinky” were being reclaimed as positive terms by many women of colour.

It was the first time that I really appreciated the beauty of black hair, and as an extension, black womanhood.

I watched wide-eyed as a slew of black female celebrities and bloggers decided to embrace the beauty of their natural texture. They grew their hair and the results were gorgeous and inspirational. I even began to see black women on the streets, on the subway and at work rocking incredible curls. It was the first time that I really appreciated the beauty of black hair, and as an extension, black womanhood. Furthermore, these women seemed to have a sense of style and confident energy about them beyond anything I’d really seen before, let alone ever experienced myself. The whole natural hair movement that I was exposed to convinced me to reconsider my relationship with my own hair, and I realized, I wasn’t wearing it straight for me.

My own transition to natural hair didn’t begin until 2013—and I did it as gradually as I possibly could. Instead of the big chop (snipping off all your relaxed hair and starting over from scratch), I chose to surrender the regular root touch-ups and instead to grow out my perm and trim away at the straight (and completely fried) ends. For nearly a year after the start of my natural-hair journey I still chose to blow dry and flat iron my coily head of hair nearly every time I washed it. I was still fearful of the dramatic new look that I had decided to pursue. One that was natural, but that was so far from what I had been doing for years. What if my natural hair didn’t mimic the loose, S-shaped curl pattern I’d been dreaming about? Spoiler alert—it didn’t.

Finding the beauty in my own natural curls was a challenge after I’d spent over a decade obsessing over long, straight hair. I remember feeling nervous the day I stepped into the hair salon to finally take the leap—and extremely self-consciousness when I walked out with my tight, kinky coils. I had a full-on Afro, and I immediately felt—and was—noticeable.

Deciding to embrace my natural hair was, of course, about so much more than just hair.

Learning to embrace, take care of and, most importantly, love my natural hair created a powerful ripple effect in my life. Looking back, it was an incredibly freeing moment in more ways than one. Deciding to embrace my natural hair was, of course, about so much more than just hair. Now I was free from my weekly multi-hour hair routine and was able to be way more conscious of the hair products I was using. Most importantly, it became the defining moment where I truly took pride in my identity as a black woman. For what felt like the first time, I was embracing and celebrating my blackness in a true physical way, instead of trying to push it to the side.

My journey with my curls has become bigger than just the mere strands on my head. It’s been about taking pride in who I am and control over my own beauty narrative. It’s been about empowerment and, ultimately, it’s been about the evolution of my very own self-love story.

Curly hair 101: Here's what you need to know

What is a curl pattern? What type of curly hair do you have? How do you take care of it? Your need-to-know questions are answered.