Share
Zac Posen's midtown Manhattan studio is bursting with glamorous gowns, each one hanging like a work of art. There's the slinky dress worn by Naomi Campbell at last year's Emmy Awards, the crimson gown with impeccable draping that Katie Holmes rocked in an issue of The Hollywood Reporter and the midnight-blue calf-length frock that Diane Kruger donned—while riding a bike, no less—in a fashion editorial for The Violet Files. 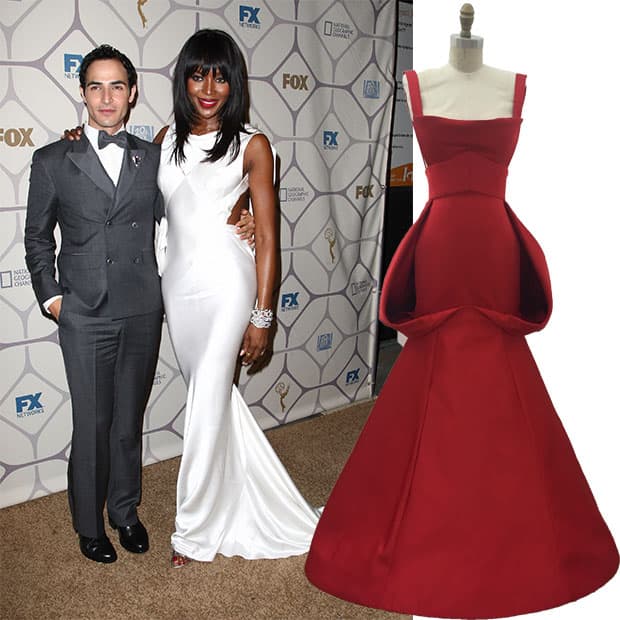 Left: Posen and Naomi Campbell at Fox's after-party for the 2015 Emmy Awards.
Right: Katie Holmes wore this beauty in the October 2015 issue of The Hollywood Reporter.

It was only a matter of time before the fashion designer and Project Runway judge directed his modern-glamour fashion esthetic toward a beauty collaboration. The partnership is a great one; Posen and M.A.C Cosmetics have been working together since his first runway show in 2001. Of the collection, Posen says, "I wanted to create something that had an iconic timelessness, that had the essentials for modern red-carpet glamour." Celebrity friends who Posen works with (some of the most glamorous women in the world) have inspired a couple of the offerings: The felt-tipped charcoal eyeliner was modelled after Dita Von Teese (the queen of feline flicks), while Uma Thurman sparked the delicate nude lipstick. 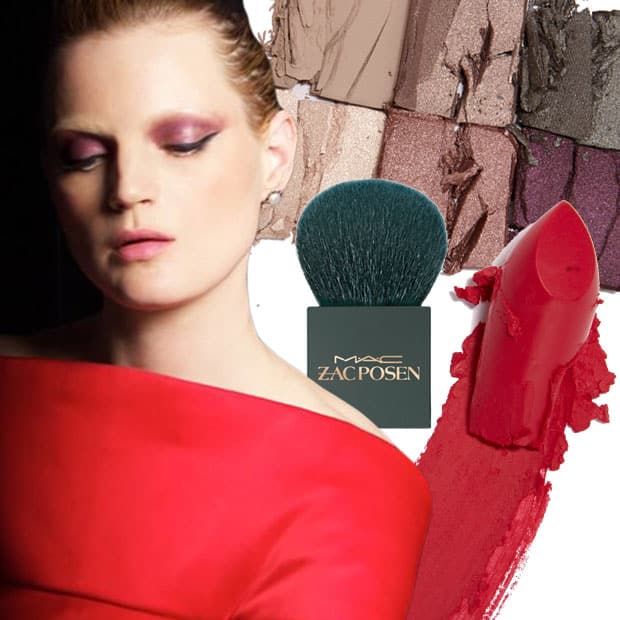 Out February 2016—just in time for red-carpet season—the 10-piece limited-edition collection has broad appeal and doesn't coat the moon. "It's approachable for both a young woman going to a nightclub and a grandmother doing some shopping," says Posen. "I wanted that cross-generational aspect. Plus, the colours work for all ethnicities."

If we had a spare $10,000 to spend on one of Posen's drop-dead-gorgeous, exquisitely made gowns, we'd be at his atelier in a heartbeat. But, for now, this makeup collection is the answer to swiping, dabbing and dusting on a touch of his signature glamour.

Read more:
5 minutes with designer Zac Posen
How to clean makeup brushes and keep cosmetics organized The right shade of blush for your skin tone

This article originally appeared in the March 2016 issue of Canadian Living Magazine.

Zac Posen and M.A.C Cosmetics team up for makeup collaboration