Share
Our votes are in! These stunning women made our 2015 Academy Awards best dressed list. Do you agree with our picks? Let us know! 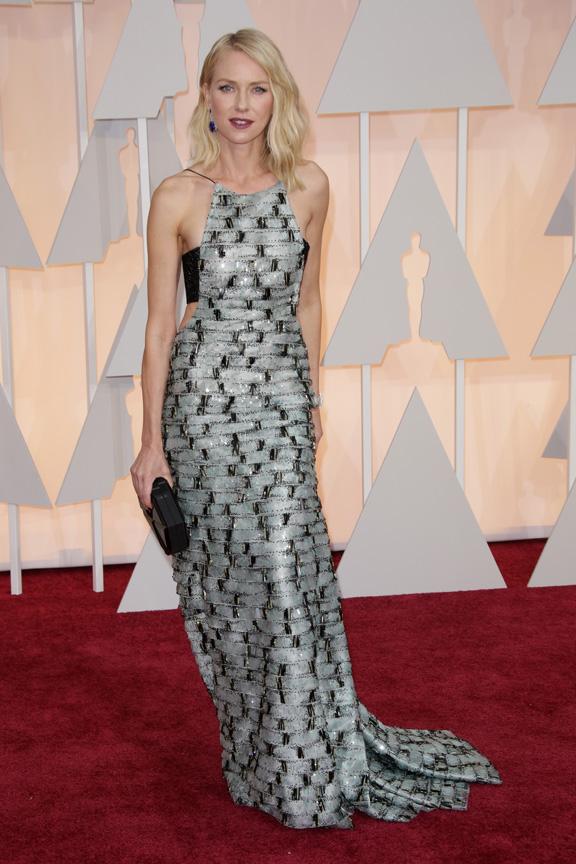 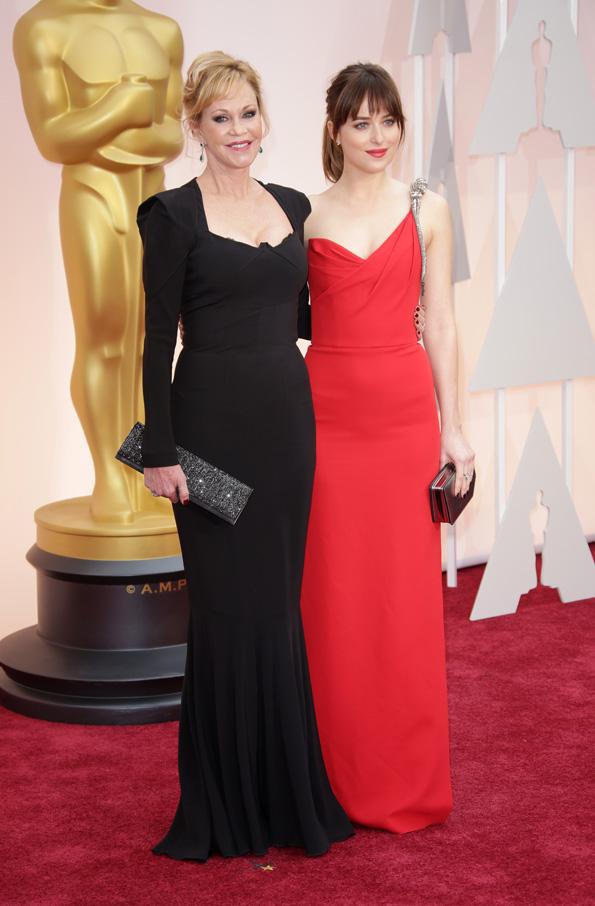 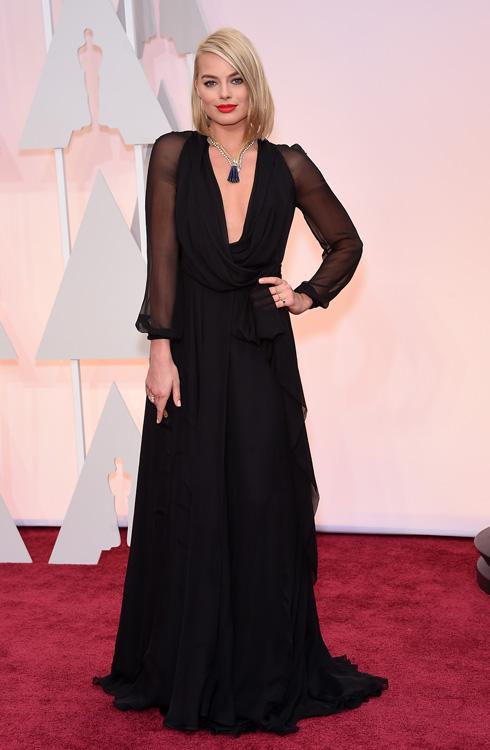 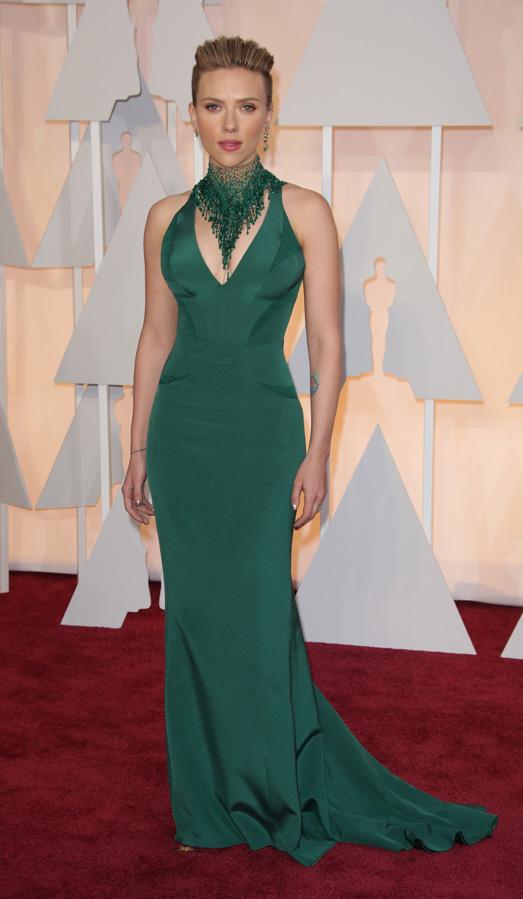 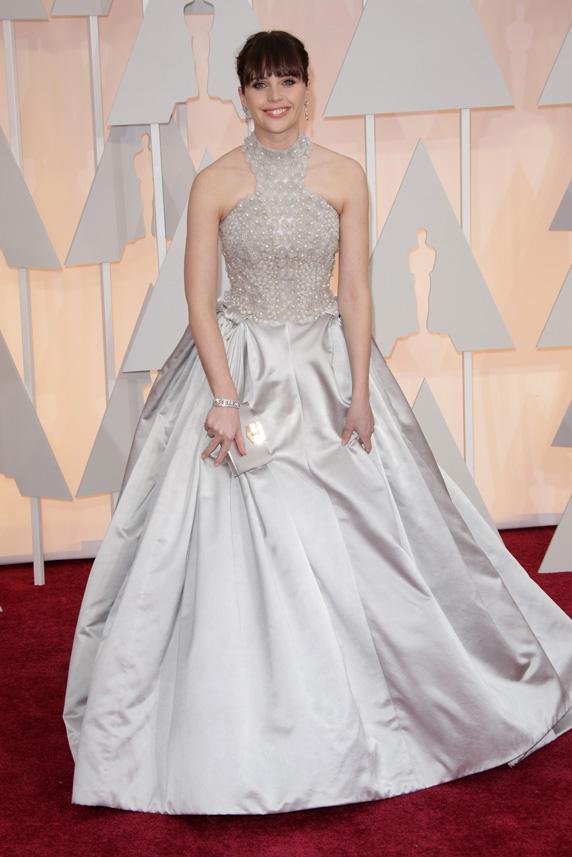 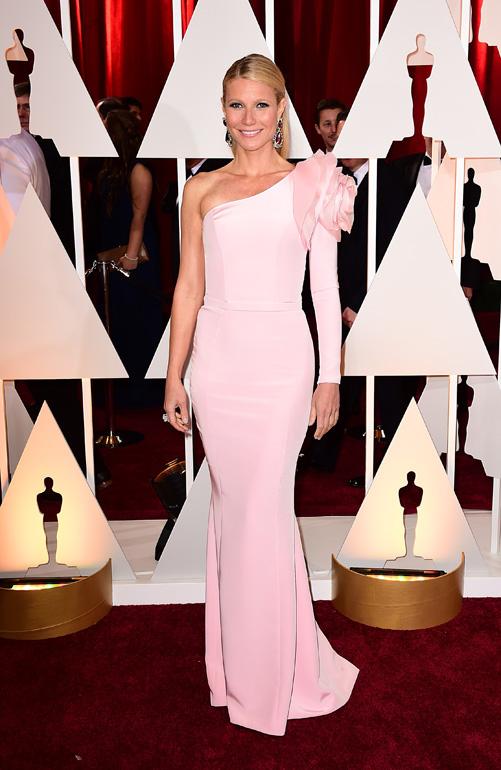 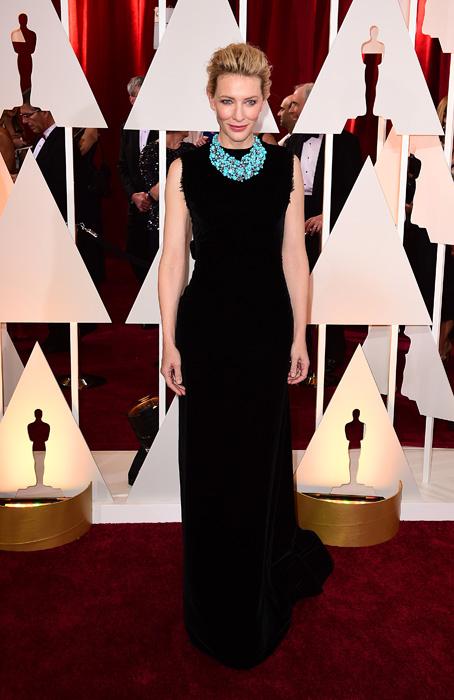 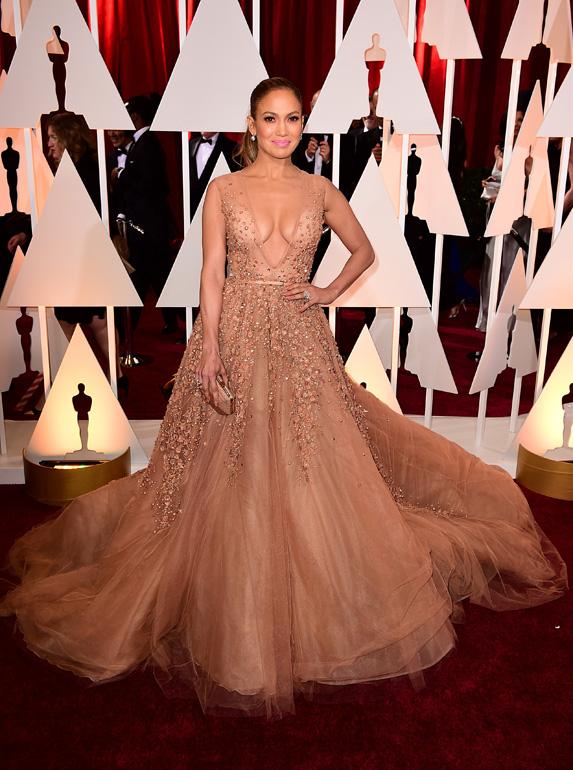 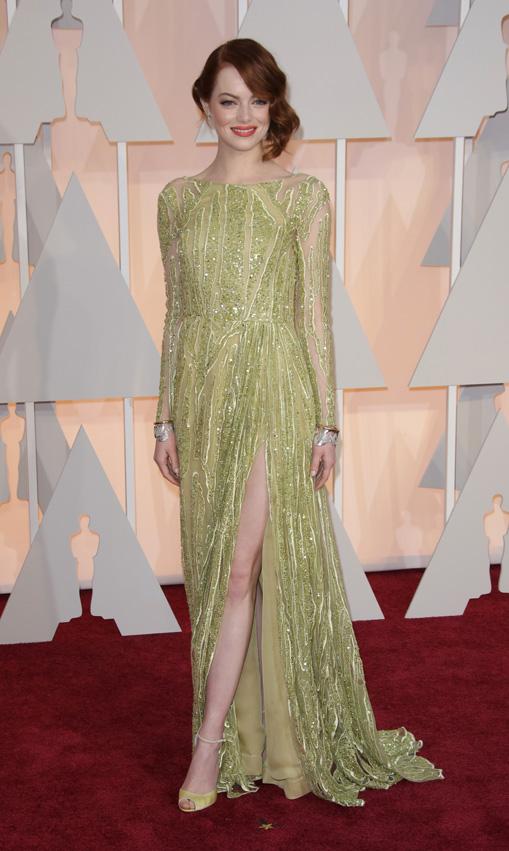 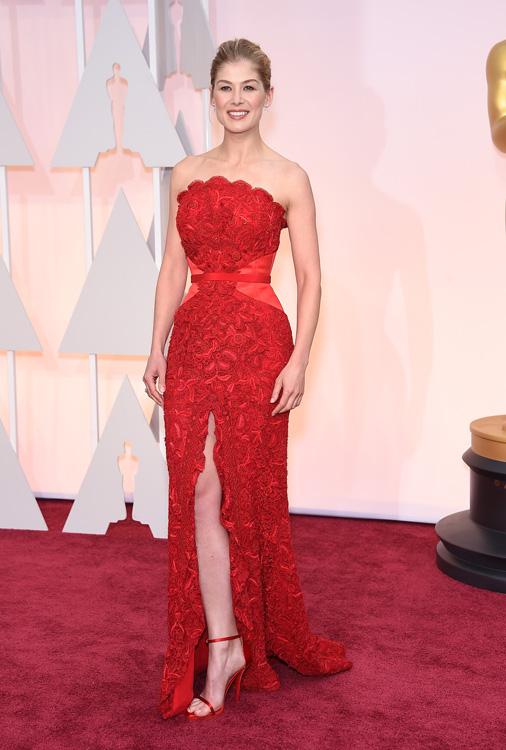 When it came to Naomi Watts’ outfit, the style department was unanimous: best dressed of the evening! The actress took a risk by wearing a sporty-meets-couture gown—and the risk paid off. The Armani Privé beaded dress paired with impactful Anna Hu jewellery, wavy lob (long bob) and dramatic lip made us swoon.

Margot Robbie was a presenter at this year's Academy Awards, which means she didn't have the pressure to go all out, but she still picked a bold choice. Robbie stunned in a low-cut black gown by Saint Laurent. However, what really grabbed our attention was her sleek and sophisticated beauty look teamed up with a vintage Van Cleef and Arpels necklace.

Quickly becoming a favourite of ours on the red carpet, Felicity Jones wowed in a dramatic gown—she was one of the few to grace the Oscar’s red carpet this year with such a show-stopping dress. Nominated for Actress in a Leading Role for The Theory of Everything, Jones wore a custom Alexander McQueen dress. The breathtaking gown was apparently under construction since early December, which makes sense when you look at the intricate beading on the bodice. Her jewellery and clutch were vintage Van Cleef and Arpels and her shoes were Brian Atwood.

A presenter at this year's Academy Awards, Gwyneth Paltrow chose a bubblegum-pink one-shoulder couture gown by Ralph & Russo. The hue was reminiscent of her full-skirted Ralph Lauren dress from her big win at the Oscars in 1999. We also like the giant drop earrings. But Gwynnie can pull off almost anything.

The reason Cate Blanchett never disappoints is because she just gets fashion. She wasn’t up for an award this season. Instead, she was a presenter for the 87th Academy Awards, so she decided to go for understated elegance in a black Maison Margiela dress. The gown was embellished with a beautiful statement necklace from Tiffany & Co. Admirably, it was much less of a “look” than what we're used to, but we think it’s because she didn’t want to steal the thunder of any of the nominees.

Presenter Jennifer Lopez chose a massive, frothy confection of a gown—and we totally dig it. The tulle frock is from the fall 2014 couture collection by Elie Saab (which means it's worth mega bucks), and Lopez chose to accessorize the showstopper with a Salvatore Ferragamo clutch and simple earrings.

Emma Stone has owned the red carpet all season long, and her sartorial success didn’t falter on the 87th Academy Award’s carpet. Nominated for Actress in a Supporting Role in Birdman, Stone wore a decadent gold long-sleeved, beaded-and-sequinned gown from Elie Saab. The elaborate dress didn’t need much help in terms of accessories, however a diamond bracelet was added. Her beauty look was the perfect balance of old Hollywood glam and modern "it" girl.

Rosamund Pike, nominated for Actress in a Leading Role for Gone Girl, has met mixed fashion reviews on this year's red-carpet circuit. However, we're big fans of this intricate Givenchy Couture dress. The rounded strapless top is ladylike, while the high front slit and cherry hue add a touch of sizzle.