A perfectly tailored striped T-shirt is a basic must-have for your wardrobe. Think of it as the foundation to any outfit, as it can can easily be mixed and matched with items you already own. With an endless possibility of stylish pairings, we narrowed down our three favourite looks.

The substantial fabric and tailored cut of this Pink Tartan tee will outlast flimsier options.
Shown above: T-shirt, $125, pinktartan.com. 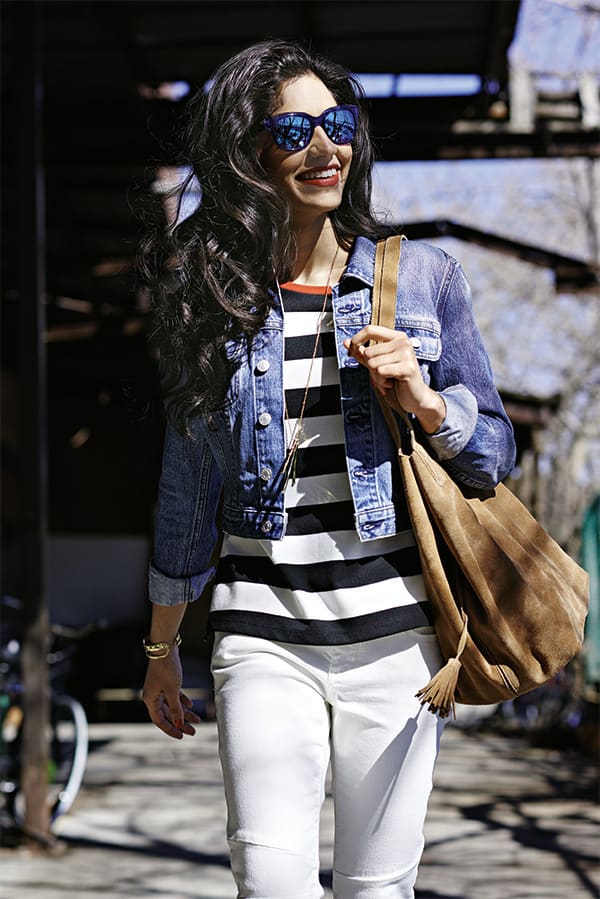 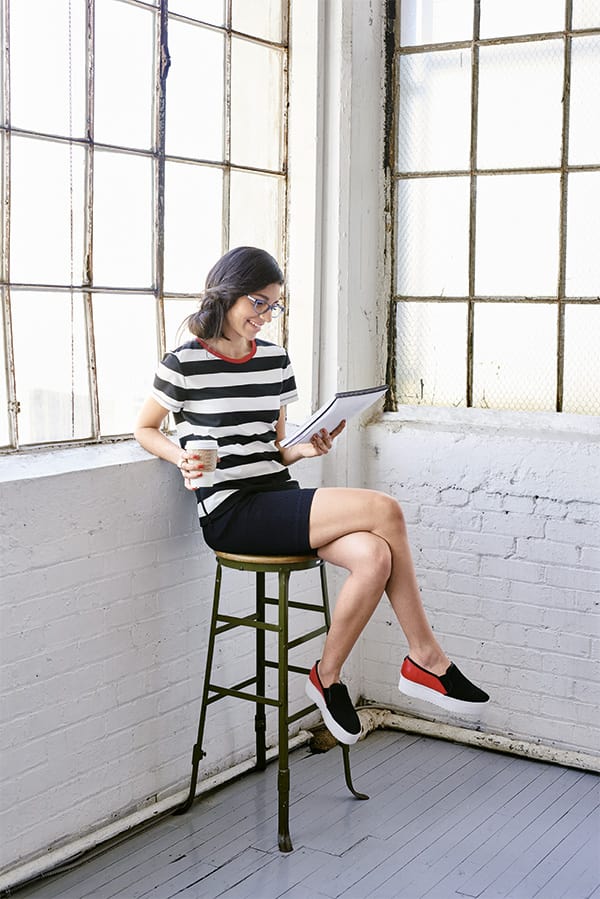 Adopt the elegance of Audrey Hepburn by pairing your striped shirt with Bermuda shorts and minimal jewellery. 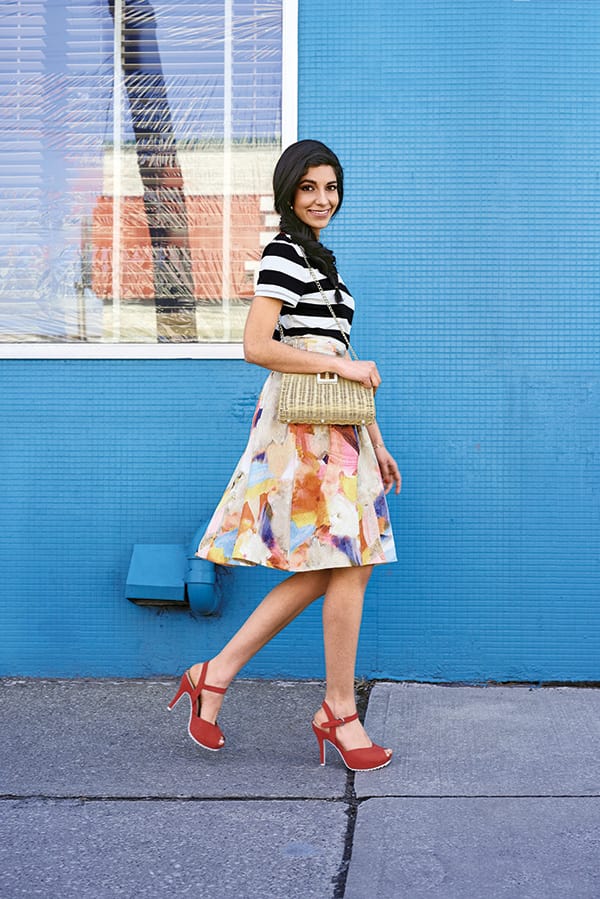 Don't be afraid to mix stripes with florals. Bring harmony to clashing patterns by matching your high heels to a hue in the floral print.

Harveen Sandhu is living an actor's fantasy. In each of the three years since she graduated from theatre school, she's had roles in the second largest repertory theatre company in North America: the Shaw Festival in Niagara-on-the-Lake, Ont. This year, Harveen snagged the lead of Eliza Doolittle in a modern-day adaptation of George Bernard Shaw's Pygmalion, a role she's dreamed of playing since she first saw the 1964 film My Fair Lady (a musical version of the play, starring Audrey Hepburn) as a child. Harveen has a fondness for the character and the transformation she undergoes between Act 1 and the closing curtain. "Eliza starts off as a street girl. She's a rough creature—a survivor," she says. When a phonetics professor bets that he can make Eliza pass for a duchess, she becomes a society woman. The story is one of rebirth, but it's also one of social and performing class—topics Harveen believes are even more relevant today than when the play was written. "If anything, the disparity between the rich and the poor is even greater now," she says. " Pygmalion is a great story for women but also for anyone who's trying to climb out of a certain social economic class."

Pygmalion runs until Oct. 24 at the Shaw's Festival Theatre. For tickets, visit shawfest.com.

Cowboy boots: How to find the perfect pair
10 timeless transitional pieces every woman should own

This article was originally published in the August 2015 issue of Canadian Living.

Subscribe to Canadian Living today and never miss an issue.

3 ways to wear a striped tee