Saks Fifth Avenue’s Canadian debut has been in the works since 2013 when the luxury retailer was acquired by the Hudson’s Bay Company, North America’s oldest operating corporation. Rounding off the grand Canadian debut is the opening of the store’s second location at Sherway Gardens on Feb. 25.

“We are so excited to bring the best of Saks to Toronto,” said Marc Metrick, President of Saks Fifth Avenue. “After more than two years of planning, our entry into Canada is truly a milestone for our company. We cannot wait to bring the Saks experience of an elegant edit of the best designer names, coupled with distinctive, personalized service to Toronto.”

Metrick was appointed president of the company last April, and has played an
“instrumental” role in Hudson’s Bay Company’s obtaining of Saks. The celebrated designer, Phillip Lim, joined Metrick at Thursday’s ribbon-cutting ceremony for the downtown store. The air of fame surrounding the Saks grand opening will be further elevated on Feb. 22 when celebrity heavyweight, supermodel Kate Moss, will visit the store to launch the Japanese skincare brand Decorté, whose brand ambassador she is. â€¨ 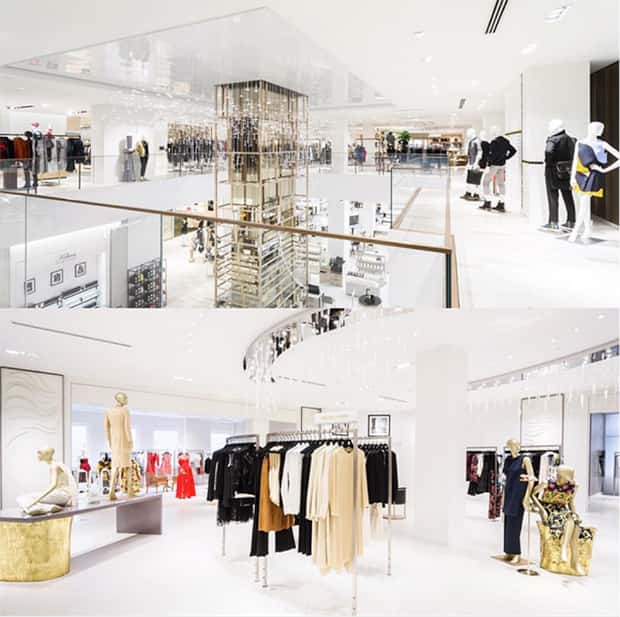 Both Saks Fifth Avenue stores will follow in the footsteps of their usual style and feature a wide variety of merchandise from top-tier brands, from women’s designer ready-to-wear, and men’s sportswear to extensive jewellery and beauty collections. Some of the brands on display include Valentino, Louis Vuitton, Stella McCartney, Alexander McQueen, Dior and Givenchy. 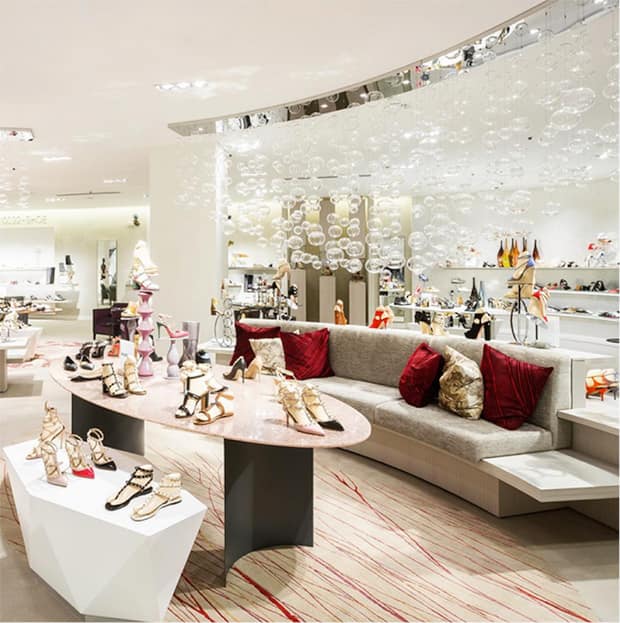 The shoe floors houses over 15,00 pairs of shoes. Photo credit: @Saks_Queenst on instagram

It isn’t just the lavish retail that attracts shoppers to Saks Fifth Avenue stores, but the top-notch service that they are offered, and there are plans for there to be much more of that at these Canadian locations. Saks’ Canadian footprint aims to take the â€¨retailer’s well-known customer service to greater heights with the introduction of its main service initiative, Saks at Your Service. Private shopping, personalized styling, and professional makeovers are just a few of the activities that will fall under this service. Fine dining is also set to be a part of the Canadian Saks experience, as both store locations will host a “first-of-its-kind Saks Food Hall by Pusateri’s”.

Within the Hudson’s Bay Company brand, Saks Fifth Avenue runs 38 full-line stores in 22 states, five international stores and the company’s online store. It is slated to open another five stores in Canada.

Read more:
DSquared2 and Hudson's Bay team up for the 2016 Summer Olympics
Fashion apps to help you save money
20 colourful dresses for date night