It’s that time of year again. Every year we see fashion has evolve, many of these trends are so fresh and beloved that we’re sure to see them going strong into 2018, while other’s are fads, destined to peter out. Take a look at the biggest clothing crazes of the past 365 days and gaze into our crystal ball to see which ones have staying power. 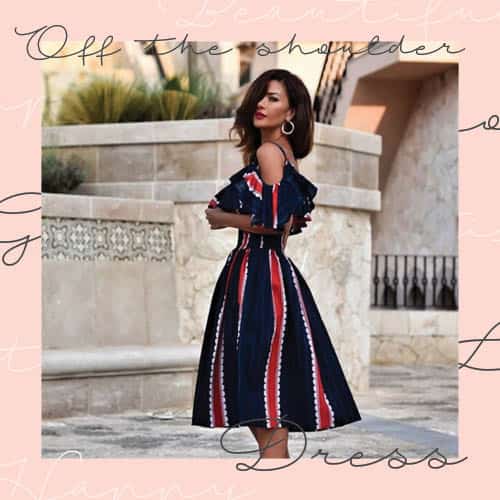 If you’ve stepped into a single clothing store in 2017 you’ve probably noticed many racks of shirts, dresses, blazers and jumpsuits that are either off-the shoulder, one shoulder or have cutout shoulders. In the span of a year the off-the-shoulder trend went from trickle to torrential—we blame Instagram and influencers.

Trend Power: WEAK
The trend saturated 2017 so heavily that the soon-to-be fade out was inevitable. If you need something similar, but still very different, try a bell-sleeve blouse instead.

Self-conscious of your arms? Here's how to go sleeveless 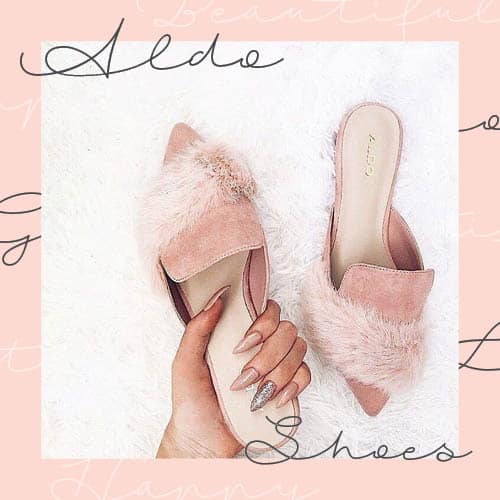 The idea of wearing fur (or faux-fur) on your feet first started in 2015 with Gucci’s infamous Princetown slipper which features dyed lamb fur. According to major web retailer Lyst (over 80 million shoppers) these loafers were the 5th most searched shoe of 2017. Rihanna kept the trend going with her Fenty x Puma furry slides—these slippers-meet-sandal became a really big deal for 2017 and many other brands coming out wither their own iterations.

Trend Power: WEAK
Fluffy-footwear will stick around for a few more months but the trend is on its way out. Instead of fur and feathers, embellished flats and heels will jump into the spotlight.

Every woman should own at least one pair of spectacular heels—or flats! Our curvy columnist, Meredith Shaw, rounds up the best styles available in wide widths or extended sizes. 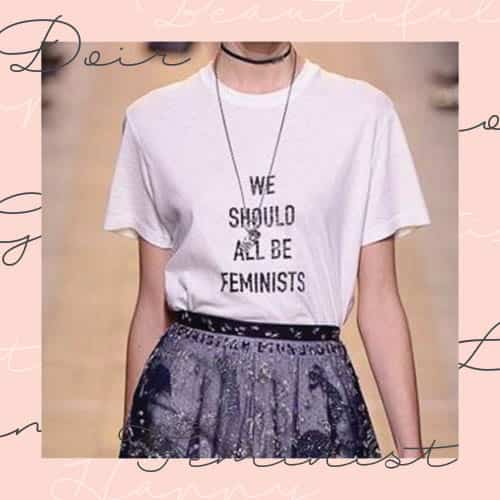 The infamous shirt that put the slogan tee trend on the map was Dior’s fall/winter 2017 “We Should All Be Feminists” t-shirt. It really could not have come at a better time—we all needed these protest tees. We saw celebs jump on many different versions, with Victoria Beckham wearing a t-shirt saying “fashion stole my smile”, Emily Ratajkowki sporting “feminist AF” and countless celebs and women wearing the “Nasty Woman” tee. (Which of course originated from a phrase Trump used to refer to Clinton on one of the final presidental debates in 2016.) The phrase trended on Twitter as quickly as you'd expect, inspiring women to reclaim the originally-negative phrase with delight. Within 24 hours “nasty women” t-shirts were spotted everywhere.

Trend Power: STRONG
In our current political climate the graphic slogan t-shirt isn’t going anywhere. Designers are still making them and the simple style is accessible and affordable—everyone from high fashion designers to mass-market stores feature the trend. You can even DIY one yourself.

How to wear a plain white t-shirt

If there's one wardrobe item you should stock up on en masse, it's the plain white t-shirt. Here's how to wear it. 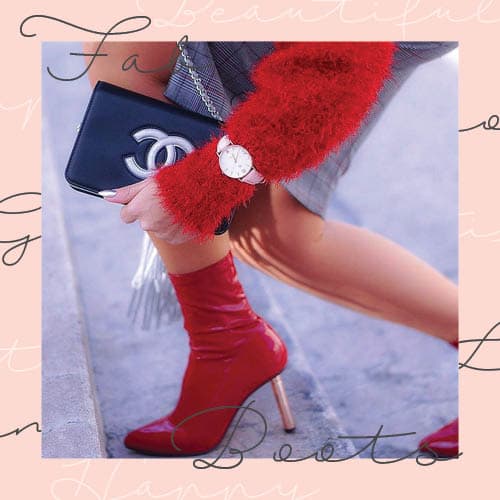 It's not the most alluring name but sock boots were a huge hit in 2017. In spite of their ugly moniker, Instagram's favourite footwear ruled this year. The material is like a second-skin made from stretch-jersey—in fact, this footwear really stemmed from the Althiesue movement.  Looking for more boot options? These are styles you can wear to the office!

Trend Power: HEALTHY
We’re not predicting this will become a classic, but the sock boot will stay relevant for 2018.

Under $100: Best buys for December 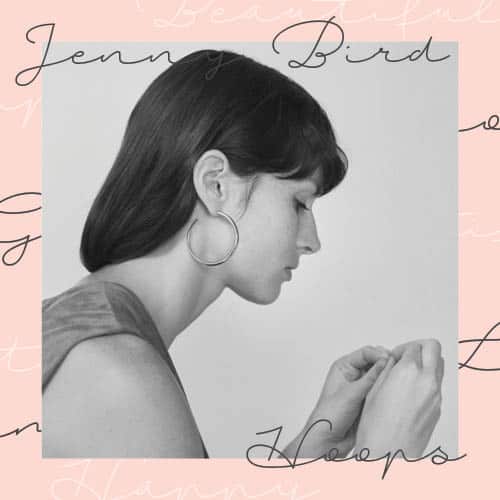 Although all statement earrings were a force this season, structural rounded hoops were highly prized. Arguably, their heyday was back in the early 90s but hoops have made their way back into fashion with an ever-growing list of celebs and social media influencers sporting these stunners.
Photo credit: Jenny Bird Lola Hoops Small, $85, jenny-bird.ca.

Hoops are still big for 2018. If you want a slight evolution we predict strong structural circular shapes (not just hoops) will be the earring du jour for the year of the dog.

The latest trend in earrings is all about eye-catching, shoulder grazing colour. But even if you identify as a fashion minimalist, there’s an earrings trend you can try this season.

Socks don’t just finish an outfit, in 2017 they made an outfit. Likely spawned from the sock boot trend, fashion socks have become a big deal. The options are endless—but practical they are not. Gucci is currently selling a pair for over $600, encrusted with turquoise palettes.

Trend Power: GROWING
We haven’t seen anything yet—2017 was the gateway to this trend, and we’re predicting it will grow in 2018.

The best tuques, beanies and hats that will keep you stylish—and warm 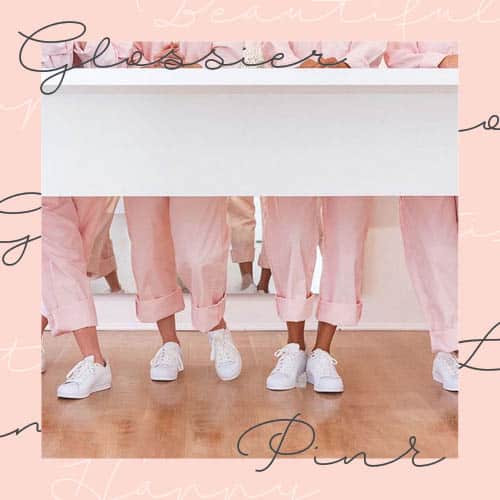 Millennial pink is fashion’s shade du jour. The sprightly pink hue first came to our attention at the spring/summer 2017 catwalks, with flashes at Valentino and Balenciaga. It’s also the colour of the millennial Insta-cult-beauty brand, Glossier. If you really think about it, the trend was likely influenced but Pantone’s colour of the year in 2016: rose quartz. Whatever it is, the tonal ubiquity is universally flattering on all skin tones.

Trend Power: HEALTHY
This colour was such force in 2017 that we’re doubtful its saturation will hang on for 2018. That being said, it’s such a flattering and just straight-up pretty shade that we'll probably still see it for a while yet.

Your new favourite affordable beauty brand has arrived in Canada

Glossier, the New York-based online beauty brand and your new go-to source for amazing and affordable cosmetics, is expanding to Canada.