Wrapper, mac, gabardine, slicker—a trench coat by any other name is still a wardrobe classic.

The sartorial legacy of Breakfast at Tiffany's is, of course, that little black dress. The sight of Holly Golightly, munching on a pastry while admiring the jewels from the street, is iconic. But it's not the best fashion moment of the film. Instead, think of the final scene: Audrey Hepburn drenched in the rain, sharing a passionate kiss with Geroge Peppard, wearing a trench coat knotted at the waist. The trench, you see, if not typically the tool of romance, which tends to lean in the direction of soft, romantic ensembles.

Prior to its Hollywood boom, the trench coat was largely a man's garment. In fact, the coat got its start in the early 19th century as waterproof outerwear for military and civilian use—though when the First World War began, it became primarily associated with British military officers. Burberry, the brand synonymous with the classic wardrobe staple, is often credited with the trench coat's invention, though it likely shares that honour with Aquascutum, as both companies outfitted soldiers.

Postwar, the trench permeated Hollywood. Leading men such as Humphery Bogart (remember his goodbye scene with Isla in Casablanca?), Peter Sellers (in The Pink Panther) and Robert Redford (in The Way We Were)  all counted the topper as part of their uniform, and the item began to be linked with a more worldly, quiet man, instead of the soldier. The trench's masculinity is often associate with detectives—intelligent but brooding solitary men who give off mysterious vibes.

It didn't take long for women to co-opt the trench for their personal style statements, thanks in large part to many ladies embracing a more masculine and casual wardrobe in the mid-'60s. This decade was its turning point for casual dressing, which saw a major shift toward unisex styles. Hepburn was hardly the first woman to make the garment her own; Marlene Dietrich, Brigitte Bardot and Sophia Loren all donned the topper, in  A Foreign Affair, Babette Goes to War and The Key, respectively. But it's that scene in Breakfast at Tiffany's that's the defining trench moment for women. Strong, proud Holly Golightly found love, and it wasn't her LBD that did the trick; it was the trench—practical, genderless, classic. 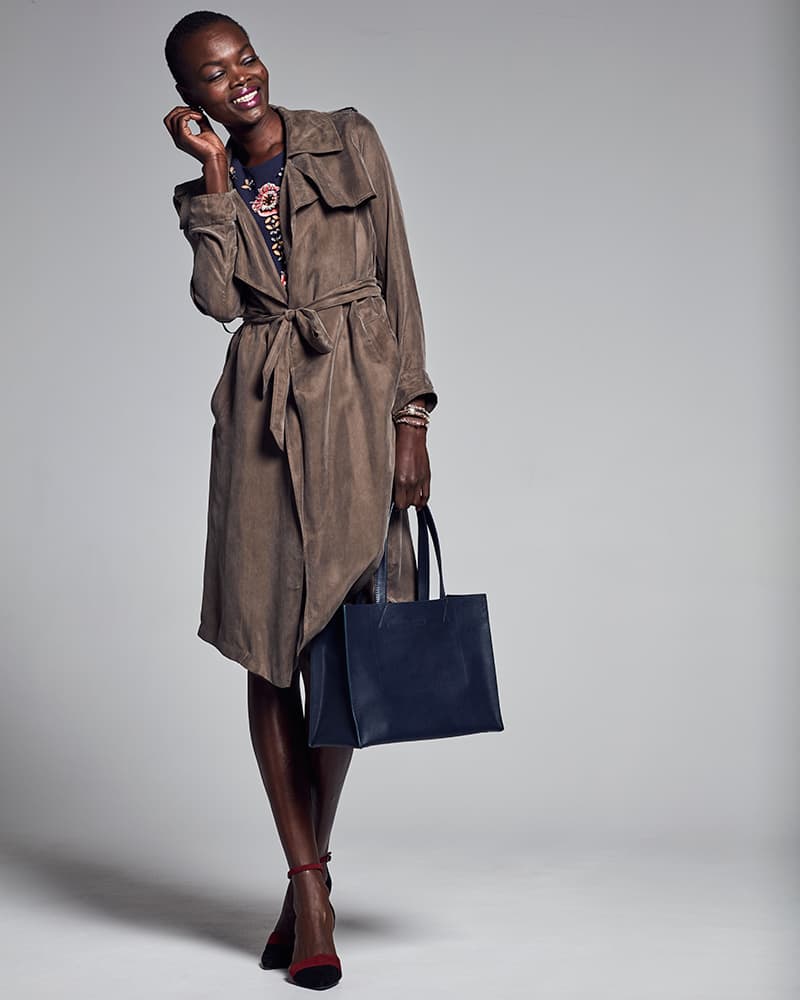 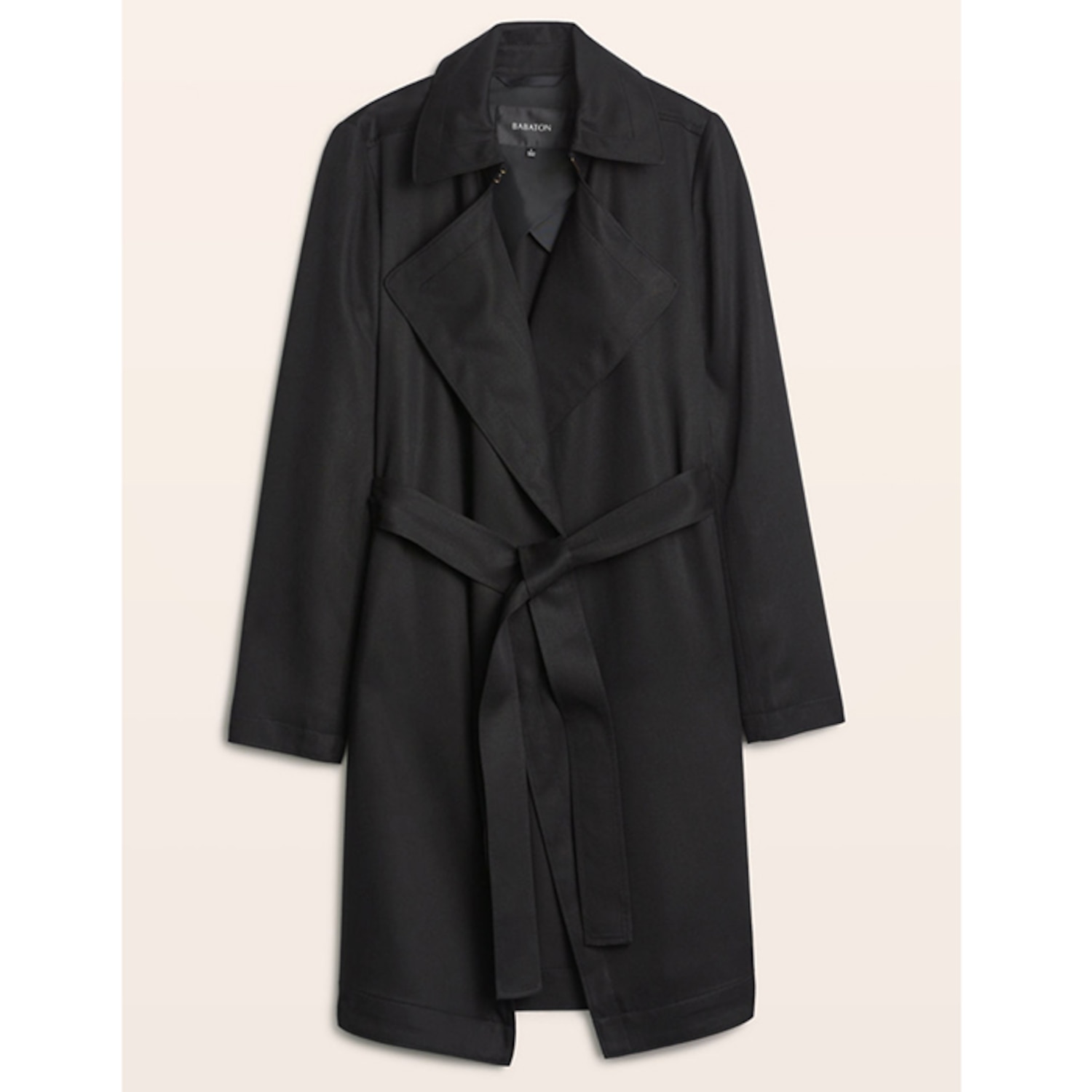 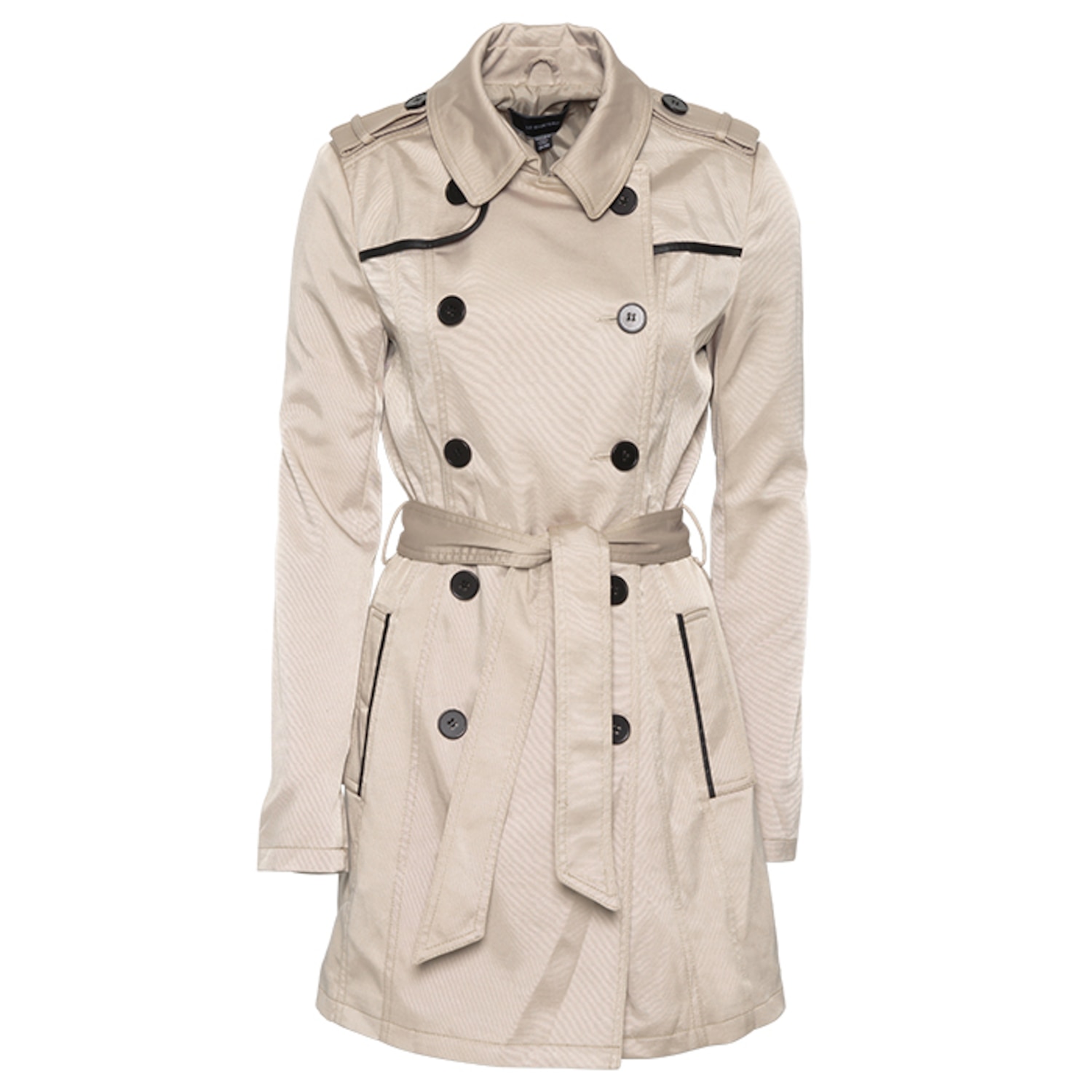 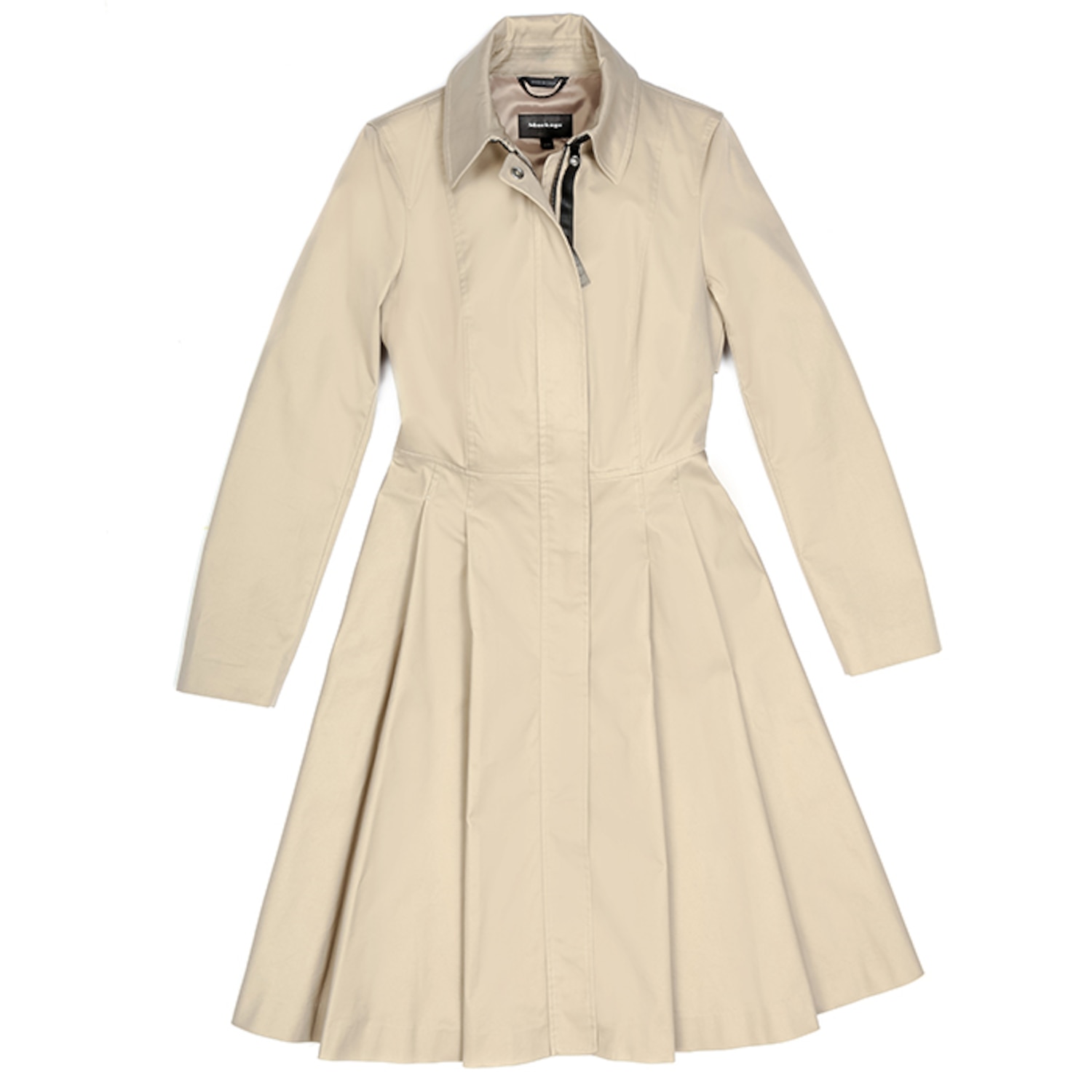 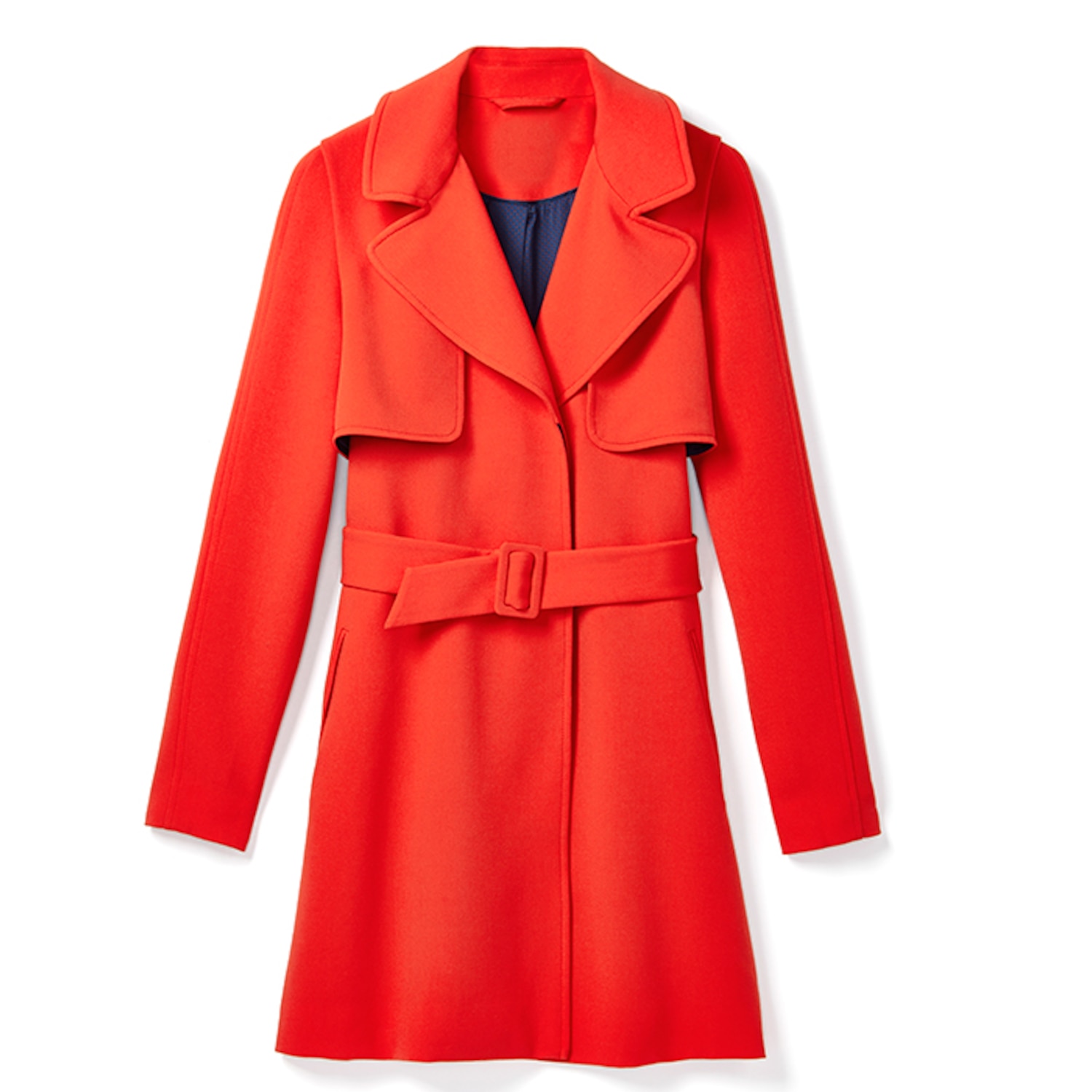 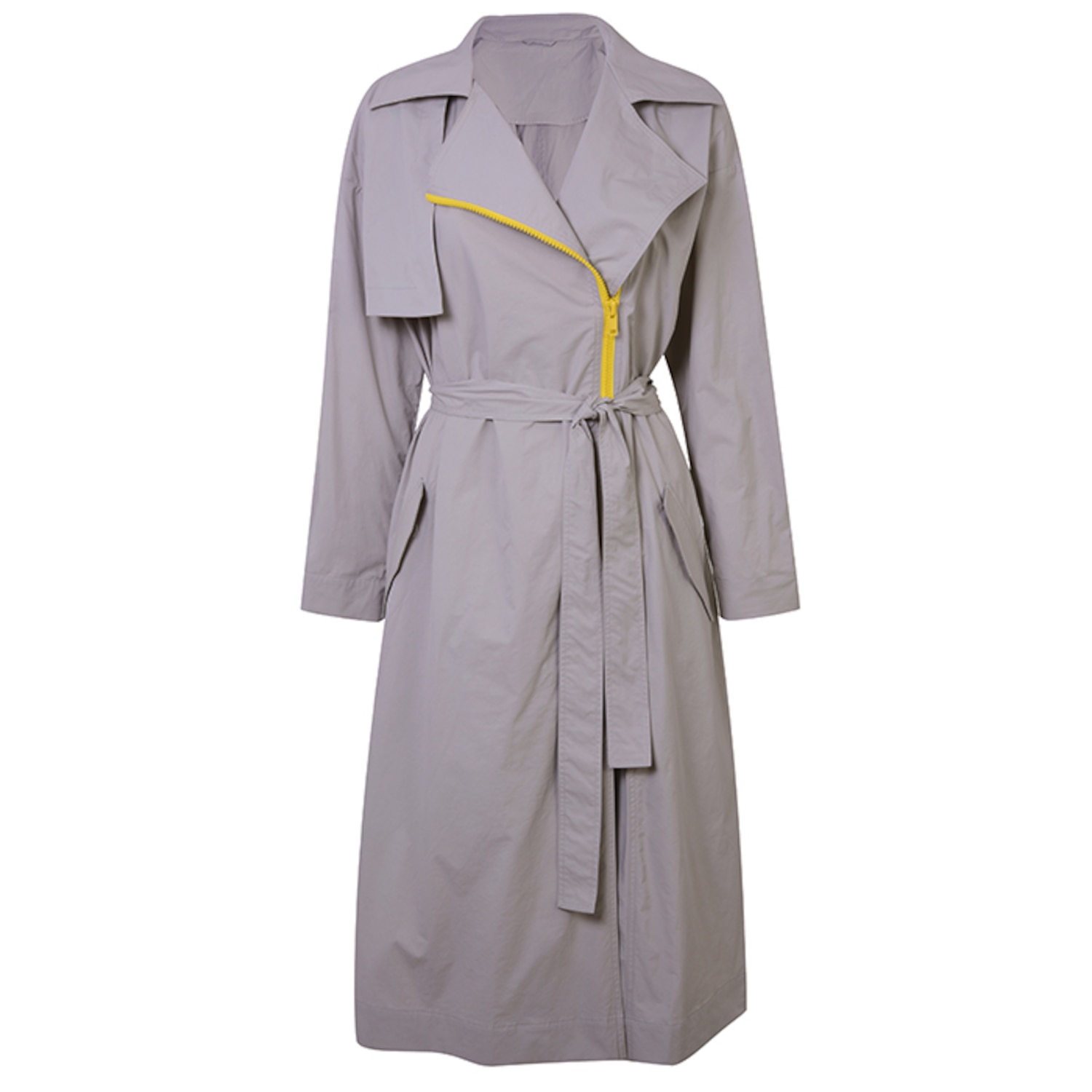 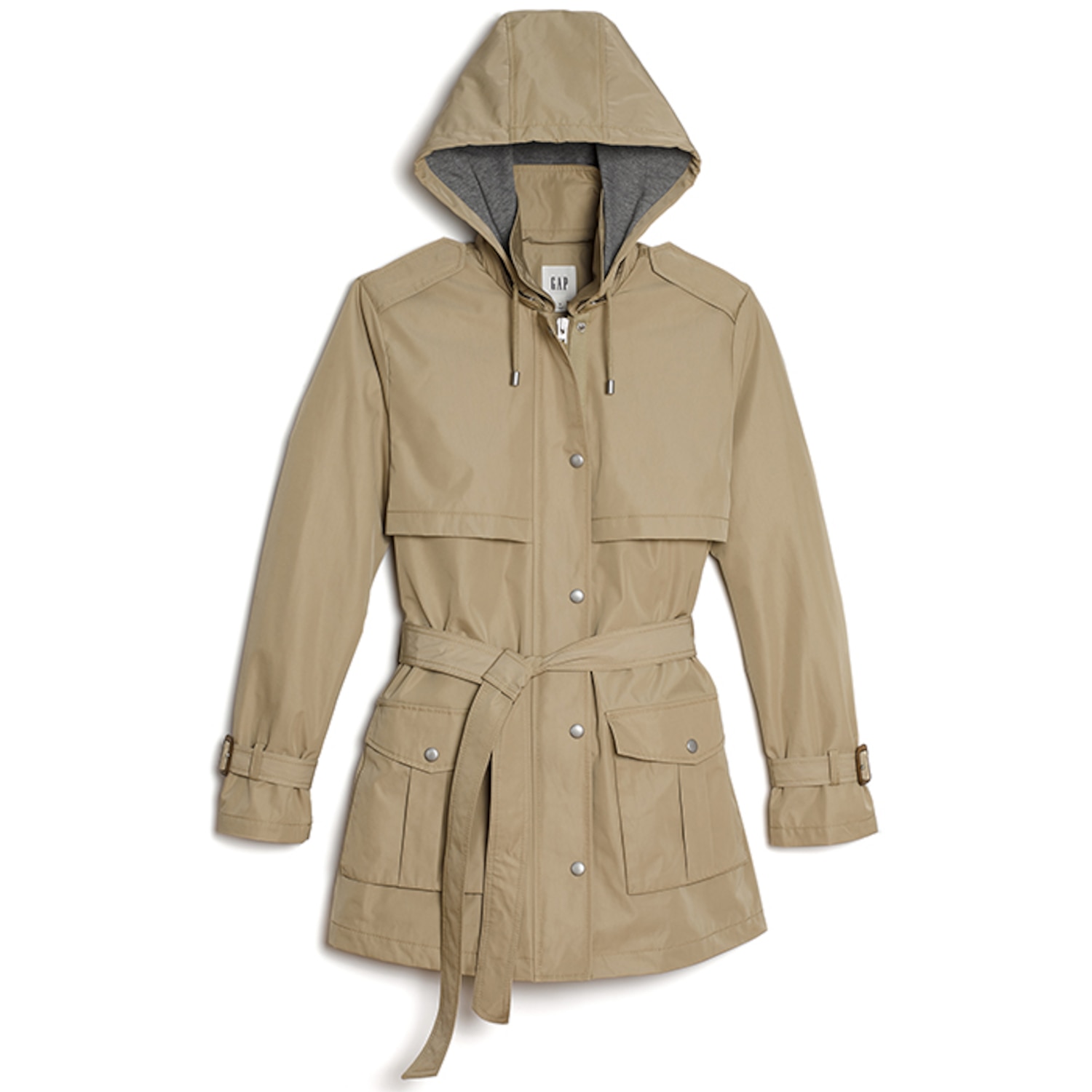 Skip the strong shoulder and straight lines for a softer take. Wide lapels in a drapey fabric let you rock a more casual look.

Subtle tweaks - in this case, black piping and buttons - can make your mac stand out from the crowd.

Try a fit-and-flare shape that would be right at home on the Duchess of Cambridge.

A shock of brilliant colour on a dreary rainy day can jazz up just about any outfit.

The classic shape gets a pop of colour - in the form of a yellow zipper - this season.

For a sportier style, try a shorter silhouette or pick a trench with a hood - or both!

The best ways to wear your favourite white button-down shirt

Breathe new life into this wardrobe staple with a bit of style inspiration.

The comeback: The classic trench coat