In celebration of Canada's 150th anniversary, we think it's necessary to remember Canada’s long history of iconic fashion trends, items, and moments. 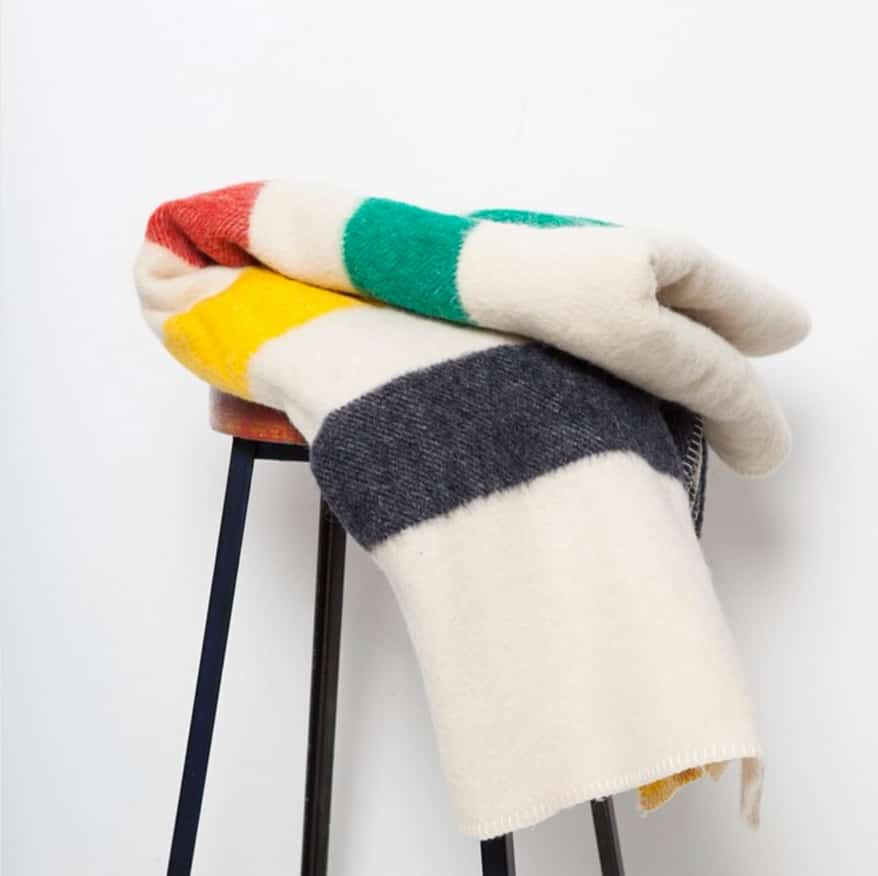 The Hudson’s Bay Point Blanket is a historical Canadian item dating back to the eighteenth century. Although there have been many variations of the wool blanket, the classic four stripes of green, red, yellow, and indigo remain a fan favourite both nationally and internationally. The same design was used to create the equally coveted Blanket coat. Today, the Point Blanket remains a beloved Canadian classic. 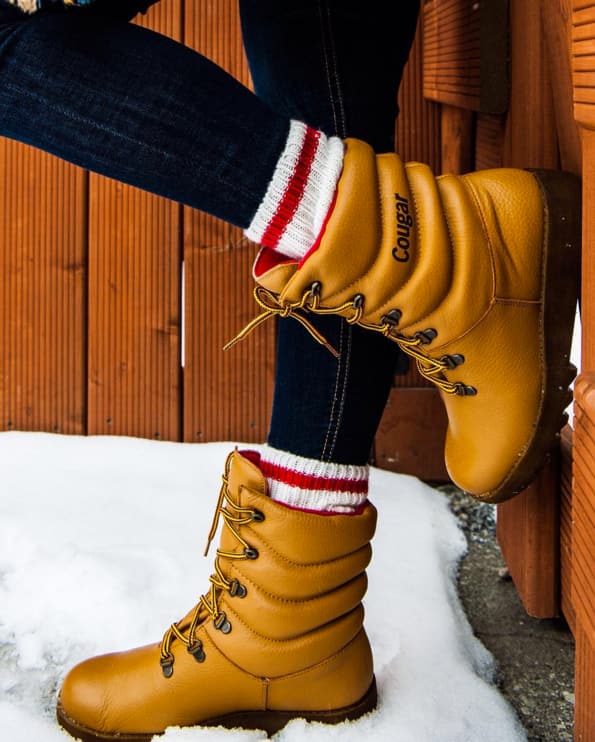 The infamous Pillow Boot was a popular brand of winter boots during the seventies and eighties. The Canadian footwear brand, Cougar, launched the tan-coloured leather boot in 1974 and it quickly gained popularity. Despite its fluffy appearance, the Pillow boot was known for its durability and became a fashion staple for Canadians. Over forty years later, the Pillow Boot is still popular and comes a variety of colours. 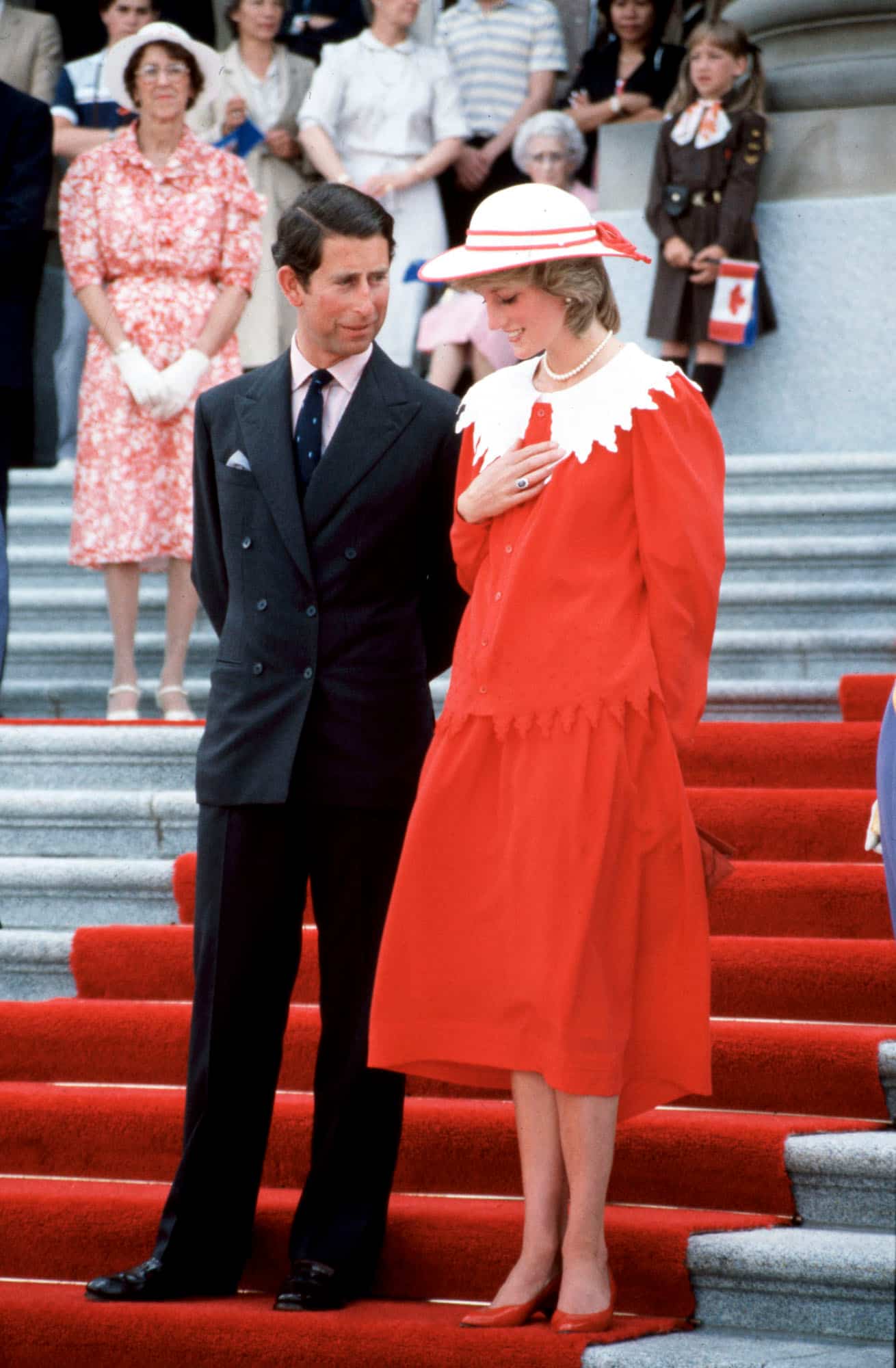 In June of 1983, Princess Diana came to Canada for her first Royal Tour, delighting the Canadian public with her extraordinary style. One dress that turned heads was a red dress that closely resembled the Canadian flag. The white maple-leaf collar was a subtle but beautiful tribute to her Canadians fans and we loved it. 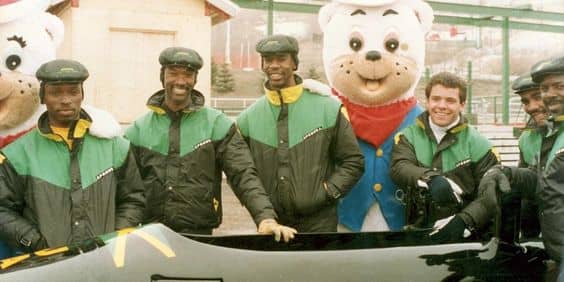 While many remember the 1993 Disney movie, Cool Runnings, very few know the real story about Jamaica’s first ever bobsled team. They arrived at the 1988 Olympics in Calgary, Alberta without jackets. Canadian clothing brand, Roots, made a set of jackets and would later clothe the entire Canadian Olympic team in 1998. This truly Canadian moment was further immortalized when John Candy, a Canadian actor, wore a similar Roots jacket in the movie Cool Runnings. 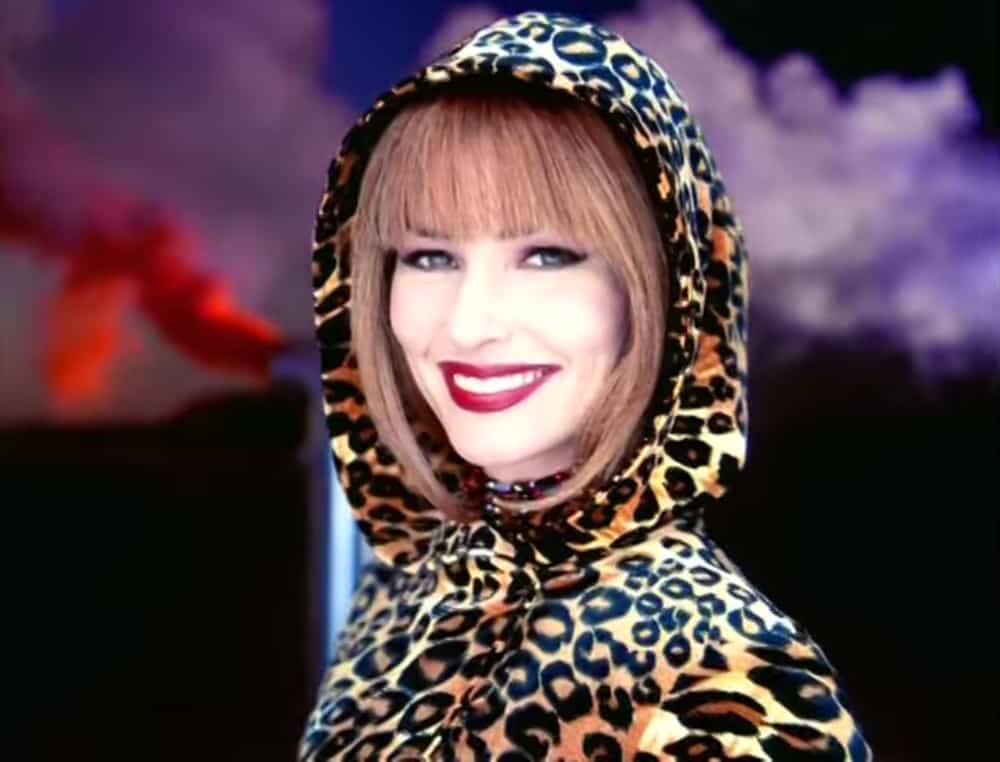 From this 1997 moment on, Shania Twain’s head-to-toe leopard print outfit will remain an iconic fashion moment. In her “That Don’t Impress Me Much” music video, Twain sashayed through the desert with her matching suitcase and no one questioned it. In fact, her leopard outfit continues to be her most popular look that even Twain herself remembers fondly. 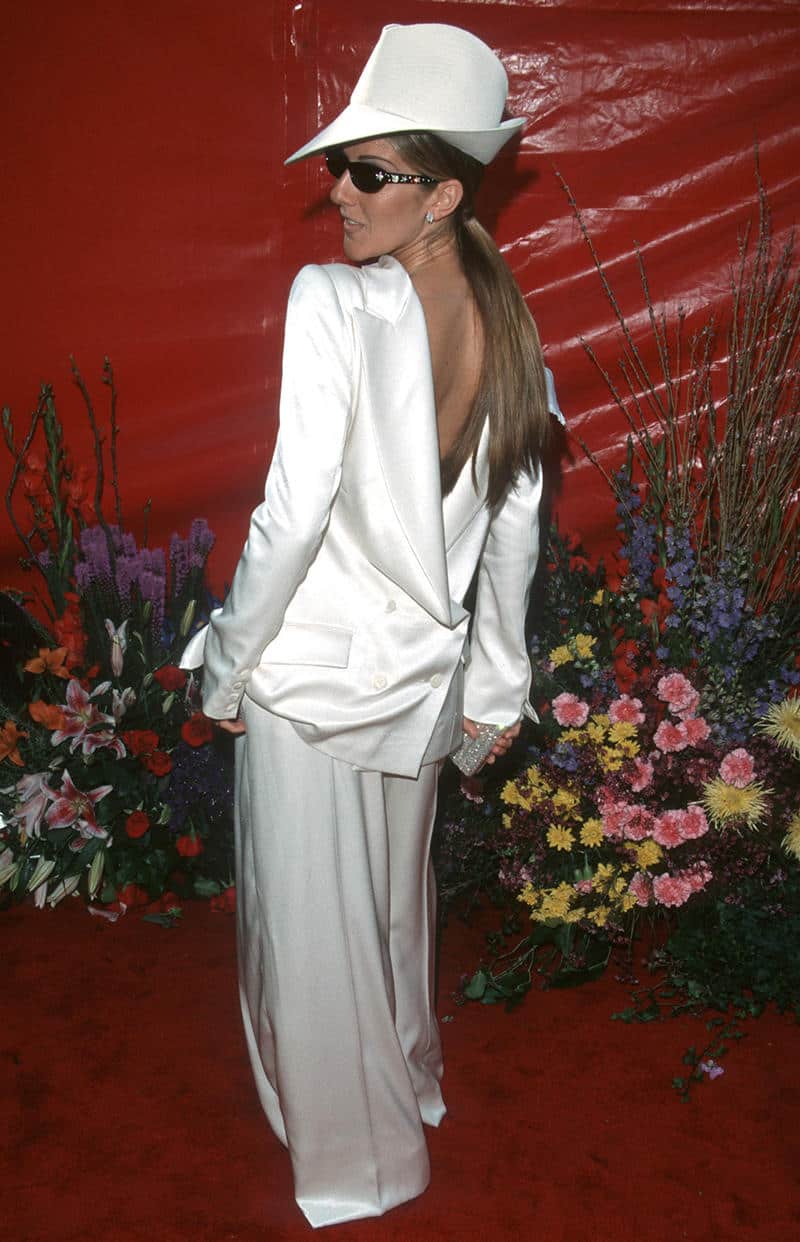 It was a Sunday evening and the date was March 21, 1999 when French-Canadian singer, Céline Dion, showed up at the 71st Academy Awards in the most talked about outfits of the night. It was a beautiful white tuxedo jacket from Christian Dior that Dion wore backwards. To top it off, she matched her backwards tux with a matching white fedora and bejeweled sunglasses. The avant-garde look was not received well and Dion found herself on the Oscars’ worst dressed list.

Britney Spears and Justin Timberlake’s “Canadian Tuxedo” at the AMAs, 2001 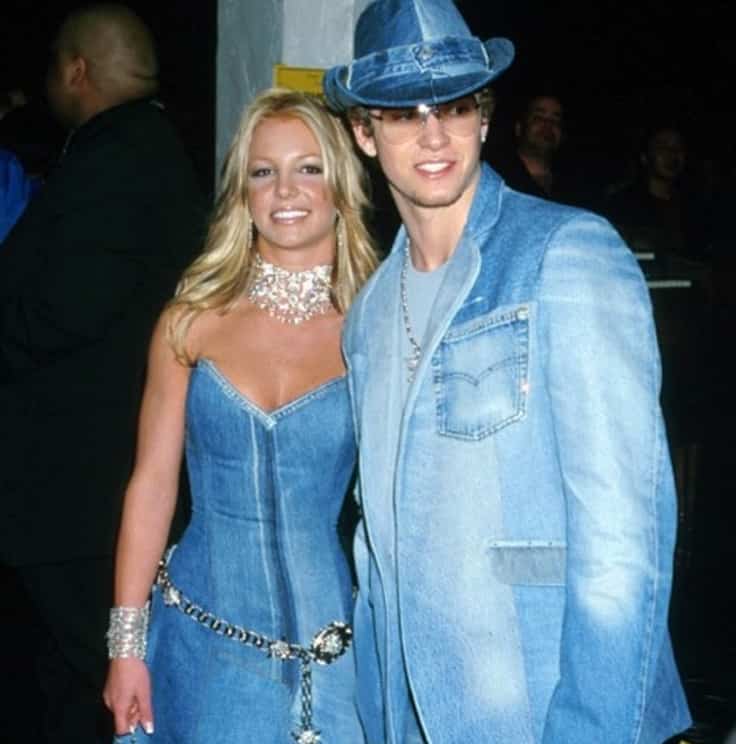 While the denim-on-denim trend was and continues to be popular, Britney Spears and Justin Timberlake immortalized the Canadian tuxedo in the early 2000s. On January 8 2001, the pair arrived at the 28th annual American Music Awards dressed from head to toe in matching denim and no one has been able to forget it. In fact, Katy Perry recreated the look at the 2014 VMAs with rapper, Riff Raff. 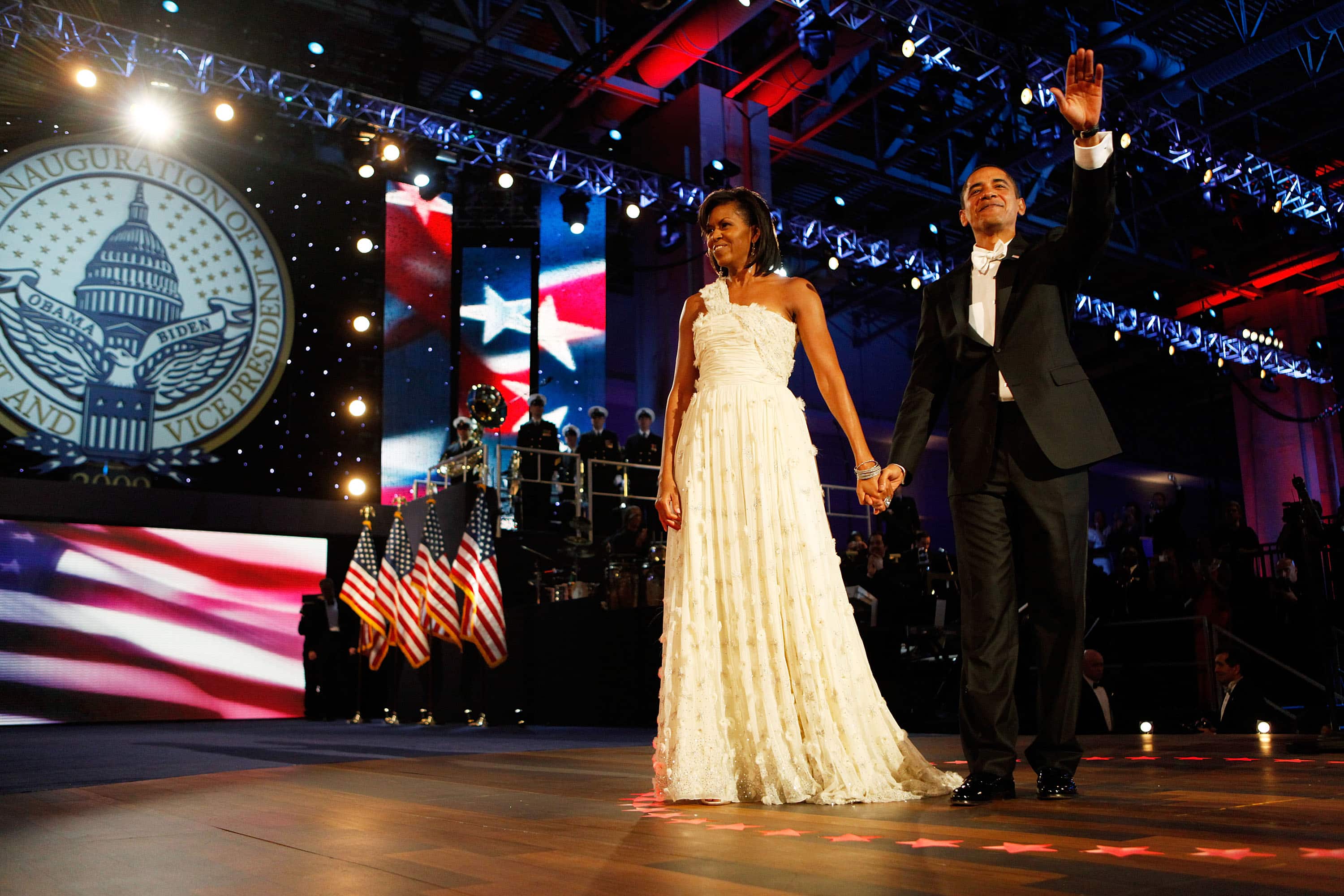 During her role as First Lady, Michelle Obama wore an array of stunning designer gowns, including Canadian designer, Jason Wu. In 2009, Obama wore a beautiful white chiffon gown to the Inauguration Ball that launched Wu’s career as a top fashion designer. Obama would later choose Wu’s gowns on several occasions over the next eight years. 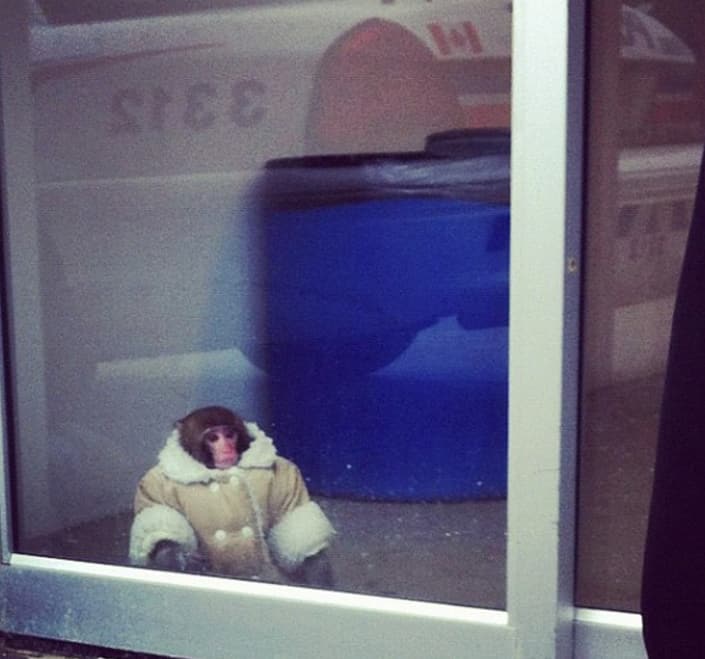 The news story following the infamous Ikea Monkey became an Internet sensation in December of 2012. After escaping his cage and car, seven-month old Darwin entered the North York Ikea wearing a fabulous shearling coat. While many were confused by his presence in Ikea, many had to commend Darwin’s sense of style. It wasn’t long before Darwin became Internet famous, complete with fake social media accounts and memes. 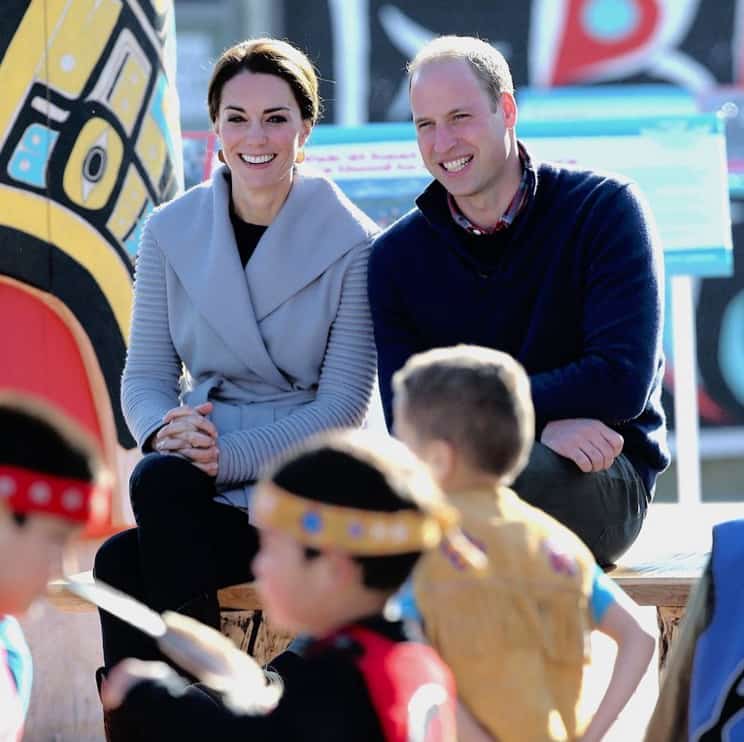 There is no denying the Kate Middleton effect when it comes to fashion. During the Royal Visit to Canada, Kate Middleton wore several Canadian-inspired pieces as well as Canadian designers including Smythe and Shelley Silversmith. On the last day of the tour, Kate Middleton wore a beautiful powder blue wrap coat by Canadian brand, Sentaler. Shortly after, Sentaler became international success. 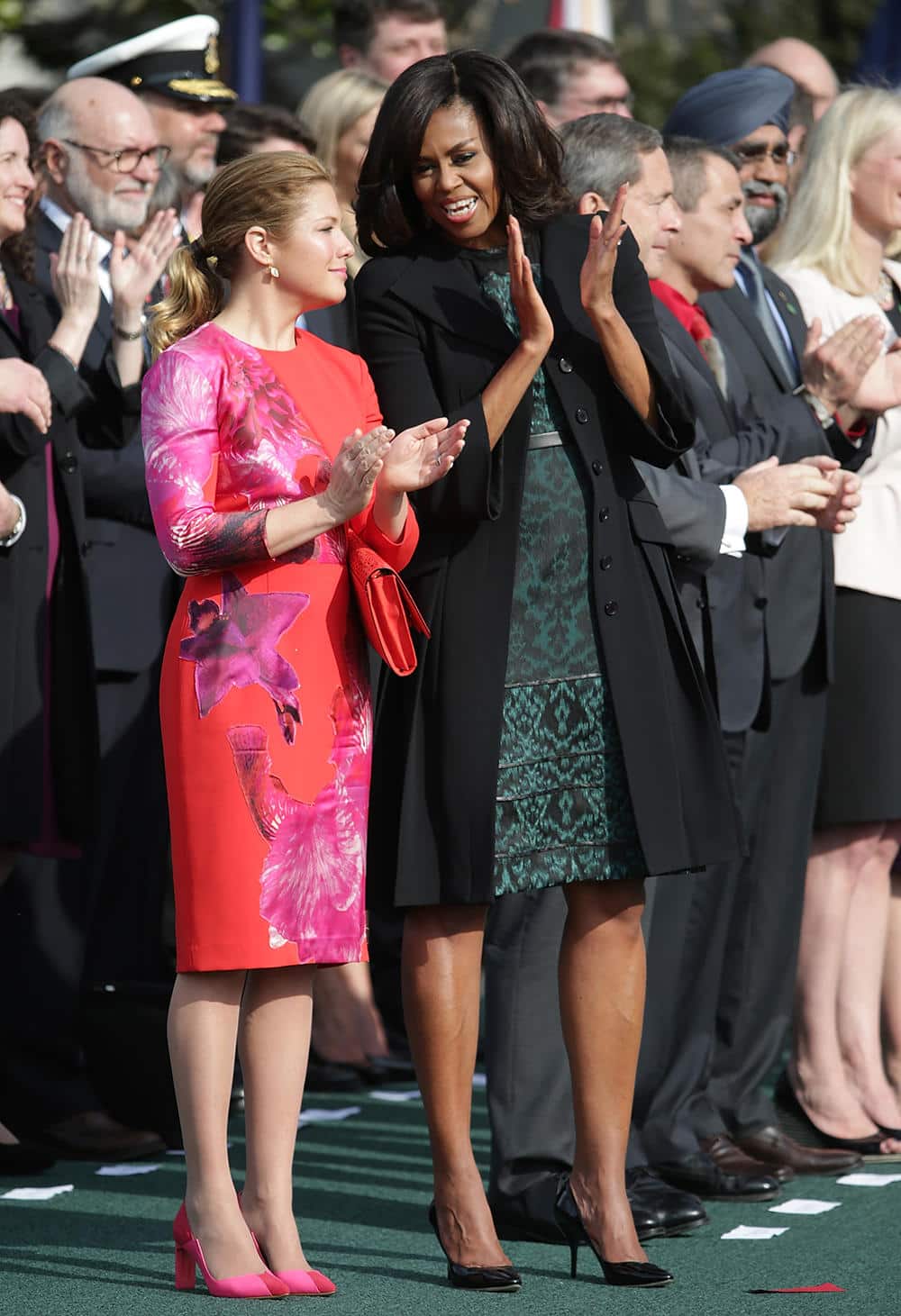 As one of the most photographed women in Canada, Sophie Grégoire Trudeau showcased a range of top Canadian designers including Greta Constantine, Pink Tartan, Tanya Taylor, and Erdem. During her visit to the White House in 2016, Sophie wore Canadian designs, most notably, Lucian Matis, a Toronto-based designer. There is no question that Sophie will continue wear Canadian designs in the future.

The most iconic Canadian fashion moments