Four eyes are better than two, especially when you need them to see! With the expanding online market for corrective lenses—making them way more affordable—now’s the perfect time to expand your optical horizons. Here’s a list of our favourite affordable glasses brands.

According to a 2016 survey conducted by Transitions Optical, 55 percent of Canadians wear eyeglasses as their primary means of vision correction, with 74 percent of Canadians requiring vision correction. That’s a boat load of lenses. Many boats. Ships? Anyways, despite the high demand for decades the supply was tightly controlled by a few manufactures that covered a majority of the market, which is why prices were expensive. Many of us visually challenged folks usually had one pair of glasses and a pair of prescription sunglasses—if we were lucky.

Over the last five years the landscape has seen a major shift. Purchasing eyewear is increasingly moving from optometrist and optician offices to the internet, as a growing number of online retailers offer prescription glasses for a fraction of in-store prices. Online retailers such as Warby Parker, BonLook and Clearly have been so successful with this model they’ve opened stores in major markets to make it easier for customers to try on these styles before buying.

Glasses, like a swipe of lipstick or an gorgeous pair of earrings, help to make a look your own and express your style. Now there's no need to settle for glasses monogamy.  With the influx of more affordable glasses in the market a wardrobe of frames is in our sights.

Here are a few of the most innovative, stylish and affordable eye brands available in Canada right now.

The Scarborough frame from the #BonLookTO collection.

BonLook
In 2011, BonLook CEO Sophie Boulanger and her brother Louis-Félix, the chief operating officer, cofounded this web-based fashion-forward eyewear brand, which has swiftly developed into 17 stores across Canada, in addition to its flagship online store.

The idea for BonLook was sparked while Sophie was working on her master’s degree in business at SDA Bocconi School of Management in Milan. One of her school projects had her focus on a major luxury eyewear brand, and that led to a deep understanding about the industry—and how it could be much improved.

BonLook is a vertically integrated eyewear brand that engages with the customer directly and designs glasses in house, cutting out the middleman (a distribution company), which allows the brand to sell corrective glasses and sunglasses at a competitive price.

BonLook is also known for its collections and collaborations. The latest one is called #BonLookTO, which has designs by four Toronto based influencers. Our favourite from the tightly edited collection is the Scarborough, shown above. 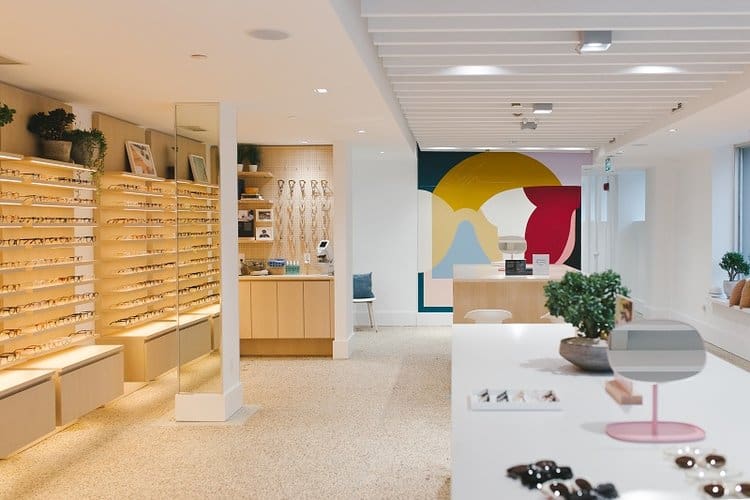 Founded in 2012 in Bondi Beach, Australia, Bailey Nelson retails high-quality, on-trend glasses and sunglasses at a moderate price-point. The designs are modern and the quality of the frames are high, likely because they design, purchase materials and hand craft everything in-house.

While many brands will charge extra for polarized lenses or anti-glare or anti-scratch, it doesn't, it consider these “extras” essentials. It also have a 30 day return policy, so if you do purchase a pair online you’re not stuck with them if you don't love them.

The company entered Canada earlier last year and already operates three stores in Vancouver, one in Toronto and one in Calgary. The stores feature retail space in the front, as well as an optometrist’s office at the back-end. 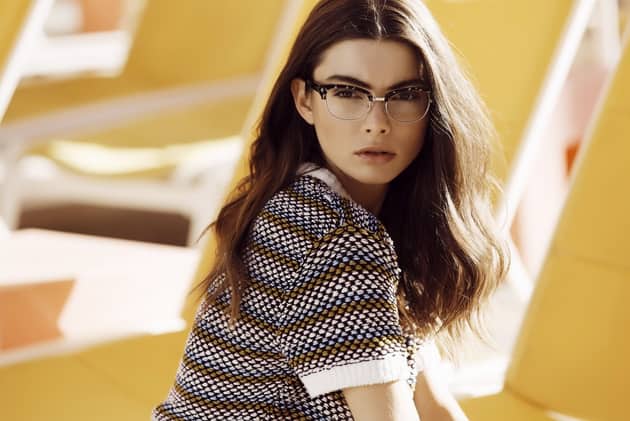 This pioneering west coast company was one of the first to bring online sales of prescription eyewear to Canada. Clearly (formally known as Clearly Contacts) first launched in 2000 in Vancouver selling contact lenses online. Within a few years it began offering a mix of designer glasses.

In 2010, after one of its employees had a natural talent for design, Clearly created its first in-house brand called Derek Cardigan. This line of glasses had a geek chic vibe that became iconic for its math symbol details on the side. Now the brand is praised for their inexpensive, yet incredibly stylish in-house lines such as Kam Dillon, Jospeh Marc and Love.

In 2013 Clearly opened three stores, two in Vancouver and one in Toronto. 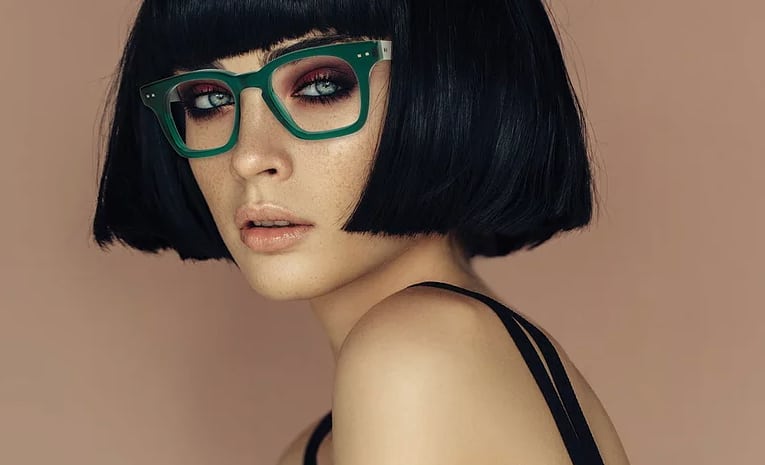 In late 2017 American optical retailer, SEE, opened its first Canadian store in Toronto’s trendy Yorkville neighbourhood. Founded in 1998 by Richard Golden, the mission was to provide consumers with affordably priced frames with a fashion-forward edge.

Though SEE isn’t shop-able online, their prices are competitive. SEE’s considered to be the first optical retailer to have created its own brand, and prices are kept reasonable by selling its in-house designs directly to consumers. 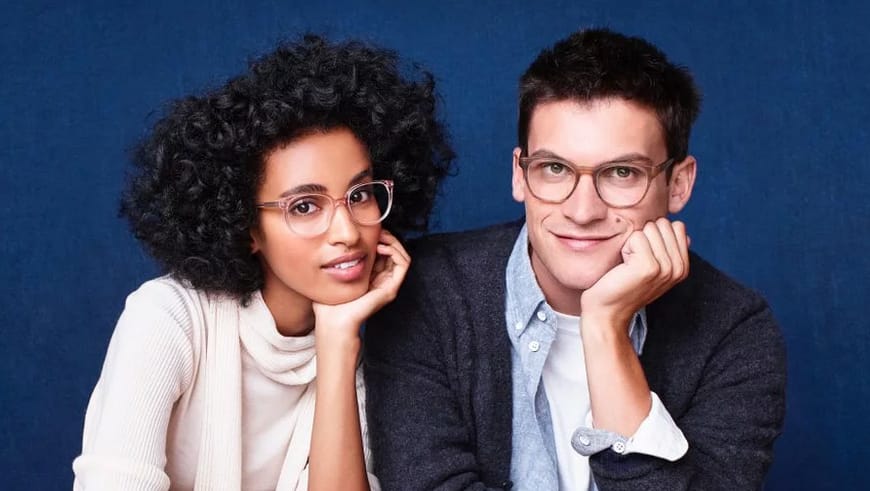 Founded in 2010, Warby Parker’s innovative, value-prices prescription eyewear was initially sold only online. But with the right media pick-up and the flattering comparison of “the Netflix of eyewear,” the company expanded quickly, yet steadily, and now has more than 30 brick-and-mortar stores in the US and two in Toronto.

With glasses being designed in-house and sold directly to customers it allows the brand to offer a lower than regular prices compared to optical stores, which often mark up products substantially.

Another positive note about the company is its commitment to help correct vision worldwide. To help solve the problem of millions (almost one billion) people worldwide not having access to glasses Warby Parker has partnered with non-profit VisionSpring to ensure that for every pair of glasses sold, a pair is distributed to someone in need. 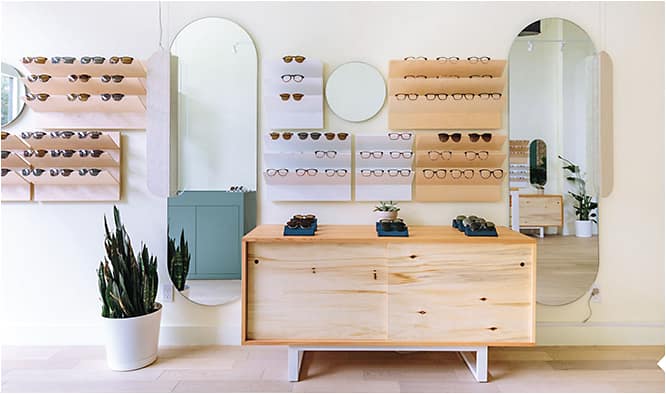 Ollie Quinn
In April of 2017, UK-based, valued priced, eyewear retailer, Ollie Quinn, launched in Canada—in a big way. Within less then a year the brand has seven boutiques in British Colombia, six in Ontario and one in Calgary.

Much like all of these other brands, its all about cutting out the middle man. The company works directly with manufacturers to remove the need for unnecessary mark-ups. It also saves money by cutting prescription lenses locally.

It's boutiques are equipped with in-store opticians at most locations to ensure your prescription is up to date. However, you can also purchase online if you have a recent prescription handy and a good sense of what looks good on your face shape.

The most stylish glasses brands you need to know about