From French toast to cheese platters (and everything in between!), learn why pears are our favourite fall ingredient.

From late August through til November, our country is awash with images of apple orchards and their accompanying pies. But, though apples have, historically, gotten most of the glory, there’s another equally important harvest taking place at the same time: pears.

Pears are every bit as versatile as their more popular cousins and work just as well in savoury applications (such as a cheese platter or salad) as they do in more traditional sweet ones. We grow a number of different pear varietals across Canada—mostly in Ontario, British Columbia's Okanagan Valley, and in Nova Scotia’s Annapolis Valley. Unlike many other fruits which are picked at their ripest, pears actually benefit from being plucked a little early, while they’re still green and hard; then they continue ripening for a few days (up to a few weeks) under controlled conditions.

Ready to bake up a storm? Here’s everything you’ll need to know about shopping for and cooking with this special ingredient:

Not only are pears a delicious snack and ingredient, but they're also good for you—pears are a good source of fibre, and also a source of Vitamin C, potassium and folacin.

Pears on grocery store shelves are often shipped and sold slightly under-ripe (in order to help prevent damage), so try to buy your pears a couple of days before you need to use them. Look for unblemished, unbruised pears that are relatively firm, but will yield slightly when pressed near the stem. If your pears are already quite ripe, store them in the refrigerator until you need them; otherwise, store them at room temperature for up to 4 days.

5 types of pears and what to make with them:

Cold Snap
Cold Snap pears are relatively new on the market, but this exclusive Canadian hybrid variety was more than four decades in the making. The pears are bell-shaped and green with a slight rosy blush. Cold Snaps trees were bred to be high-yielding and disease-resistant, while their fruit lasts substantially longer in cold storage than other pears on the market. They’re crisp pears, with a sweet, slightly citric flavour, making them ideal to be consumed fresh as a snack, or in raw applications like our Brussels Sprouts, Rice & Halloumi Salad. 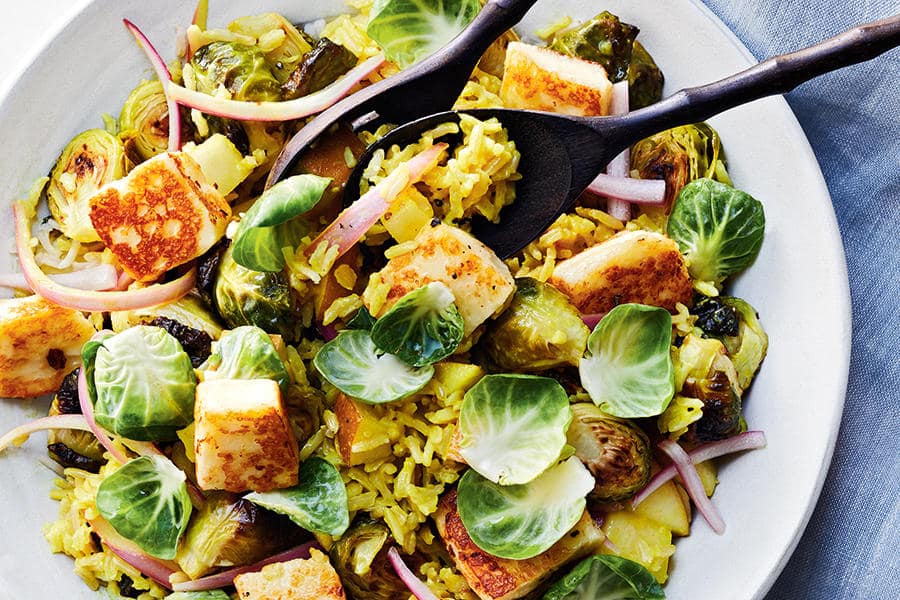 Bartletts
Bartletts are bell-shaped pears, and common not only in Canada but also the U.S. and Europe. They’re light golden-green, turning more yellow as they ripen. Bartletts are soft, juicy, and sweet, working well in both fresh applications and also as baked goods, or preserves. Their sweet flavour pairs beautifully with the tartness of cranberries in these Cranberry Pear Meringue Nests. They also keep their shape when baked, making them an excellent choice for roasting. 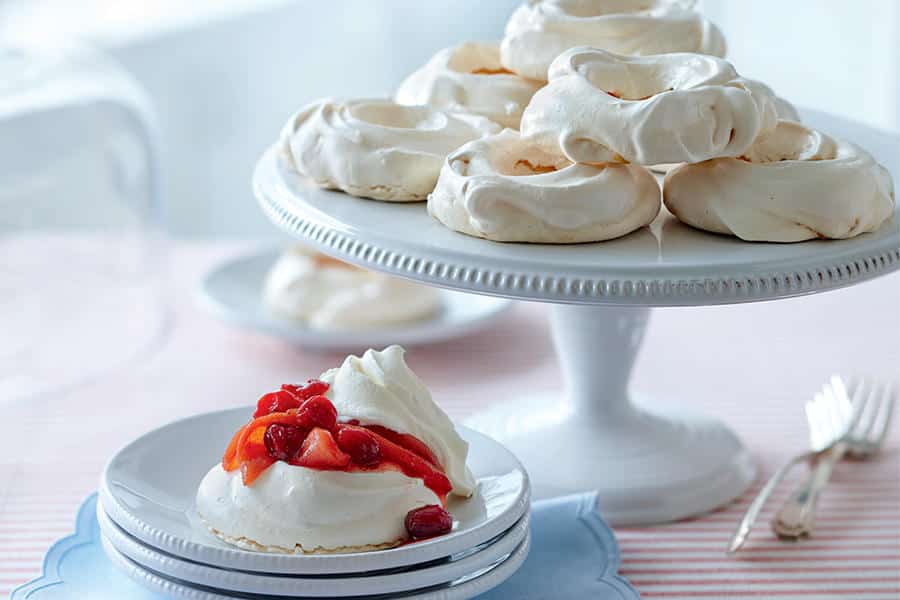 Clapps or Clapp’s Favourite
Clapps are slightly less common than some other varietals but are well worth the investment if you can find them in store. They have a smooth, green-yellow skin that often has a blush, though they also have a crimson-skinned counterpart called Starkrimson. Clapps have smooth flesh, and buttery sweet flavour, and are well-suited to eating raw and to cooking and poaching. But you can always use them to make our Spice Pear Galette. 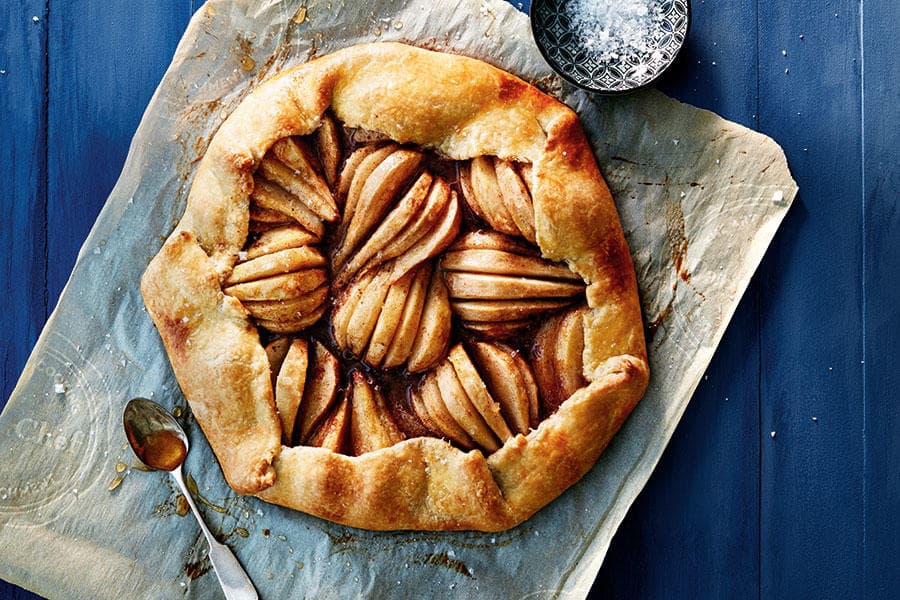 Anjou or D’Anjou
Anjou pears are almost egg-shaped (their necks are short and barely tapered), and come in green and red varieties. They’re mildly sweet and full of bright flavour, plus they cook and bake very well. This buttery French toast wouldn’t be complete without them, and they’re an excellent substitute for the Forelle pears in these Chocolate Pear Frangipane Tartlets. 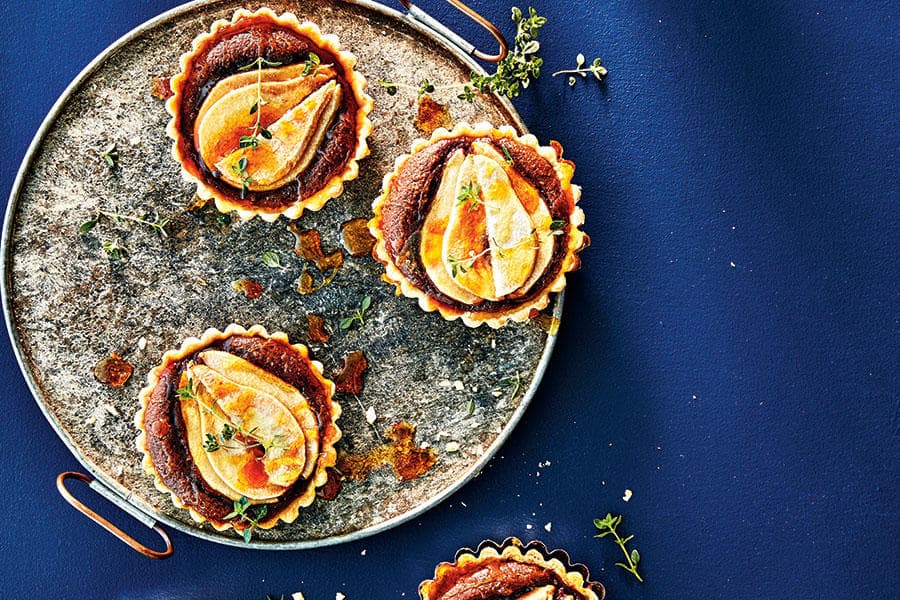 Bosc
Boscs are perhaps the most distinct-looking of any pears sold in Canada, with slightly textured, russet-coloured skin and slender necks tapering towards their stems. Their flesh is yellowish-white and crunchy with a juicy, not-overly-sweet taste. Boscs are enjoyable to eat out of hand as a snack, but they also retain their shape well when baked, making them a great candidate for salads, galettes, and our Poached Pear Trifles. 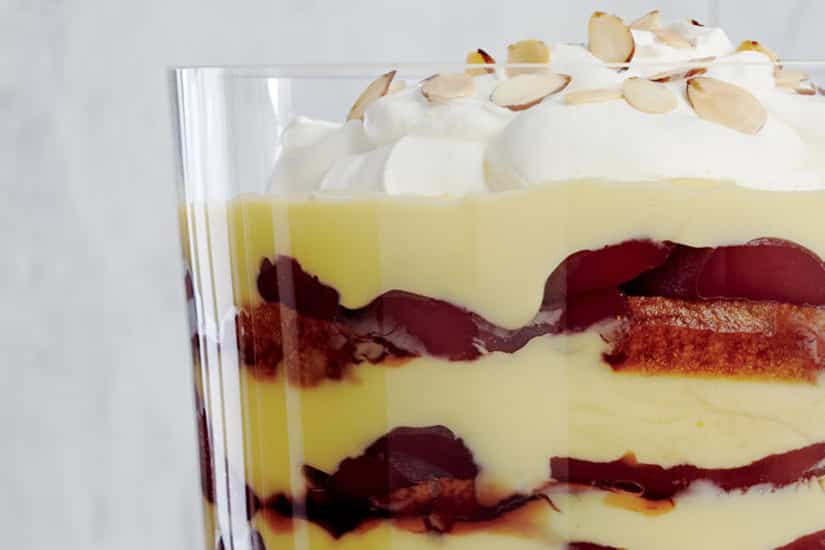 By: The Canadian Living Test Kitchen

Over the years, the Test Kitchen has discovered, learned and collected the top baking tips, tricks and secrets. Here, we share them with you to help make your holiday (and any time) baking the best it can be.