Kristopher Dukes dishes to us about her new book, which offers a fascinating look into a culture most of us know nothing about.

Set in Albania at the turn of the 20th century, The Sworn Virgin (Harper Collins, 2017) takes readers deep into the little-known traditions of a remote mountain village where women could take an oath of chastity in exchange for the right to live as men in their communities. In so doing, these women gained privileges previously denied to them, like working for a living, carrying a gun and establishing themselves as the head of their household.

Eleanora is the story’s heroine, an 18-year-old woman living in the mountains with her beloved father and stepmother Meria. When her father is shot and killed, Eleanora’s world is turned upside down and along with her grief, she realizes she will have to give up on her dream of studying art in Italy. And things only get worse when her stepmother sells her into marriage with a terrible man. But Eleanora isn’t about to give up her cherished independence quite so easily and takes the oath of the sworn virgin, a custom in her village. By pledging her lifelong celibacy, she is granted the many rights and privileges only afforded to men. With her freedom reclaimed, Eleanora starts to feel in control of her life again, but when she falls in love unexpectedly, she finds herself at a crossroads, one that forces her to evaluate all the things she holds closest to her heart. 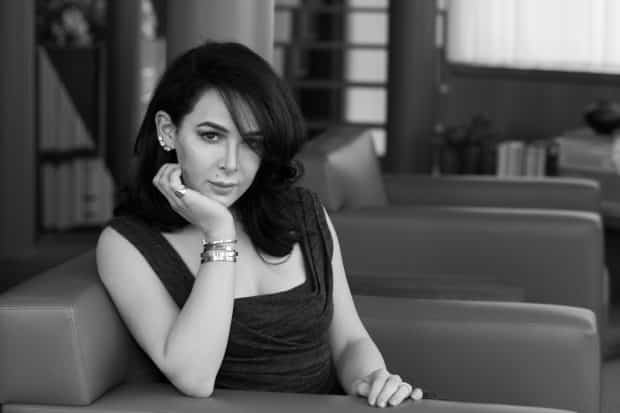 This work of historical fiction is not only a gripping read but a fascinating look into a culture most of us know nothing about. It’s educational, eye-opening and entertaining ... what more could you ask for in a book?

Canadian Living: What is the one thing you hope readers walk away with after reading your novel?

Kristopher Dukes: I hope that after you read about this strange and true tradition of women being able to swear to remain a virgin their entire lives, and then almost magically live as men within their communities, you ask yourself, "How strange is this after all?" How many times a day, to varying degrees, do women have to repress their sexuality or femininity in order to be respected in ways men take for granted?

CL: How does the setting influence the narrative?

KD: The setting is everything: I spent over 5 years researching the mountains of northern Albanian and Shkodër, and one of the biggest compliments I’ve received is from a friend who grew up in Shkodër: she said The Sworn Virgin brought the city back to life for her. I wanted to make the physical setting, a beautiful but challenging world, and its cultural norms and social laws, come alive. We all exist within communal contexts, which is the only way to understand why we behave the way we do, and how our independent dreams and desires can clash and have consequence within our communities.

CL: How do your own personal experiences come through in the book?

KD: As a woman named Kristopher, there have been many moments in my life, over email or even the phone, in which I can tell people assume I’m a man and then change their manner of communication once they realize I am a woman. It’s so subtle and small, but even over email it’s noticeable.

More seriously, though, as a woman, there are many times in my life in which I’ve wondered: How would this situation have played out differently if I had been born a man? In The Sworn Virgin, we get to see an independent young woman get to live out the answer to that question, and also go through so many different expressions of what it means to be a woman.

CL: What is your favourite Canadian book?

KD: Alice Munro actually wrote a short story called "The Albanian Virgin," in her collection Open Secrets. I didn’t want to let the few other stories about sworn virgins influence my writing, consciously or unconsciously, so I only gave myself the pleasure of reading Munro’s story after I was done writing. And what a pleasure.

6 novels to snuggle up with this winter

Canadian Living staffers love a good book—and we know you do, too! Here's our roundup of new titles to warm you up during these cold winter months.