From the first Indigenous woman to compete on Canada's Olympic women’s hockey team to an ice skating duo making a comeback after a short-lived retirement, these Canadian athletes should be on your radar.

Canada will be represented in the PyeongChang 2018 Olympics by some of the best athletes our nation has ever seen. Who should you be watching for? Here are the 9 Canadian competitors you need to know about. 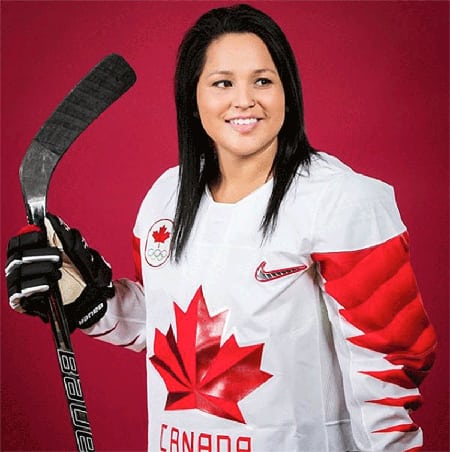 The 2018 Olympic Games will inevitably feature many firsts, but few will match the inspiration that Team Canada defenseman Brigette Lacquette will instil in young Indigenous girls across the country.

As a member of Saskatchewan’s Cote First Nation, Lacquette is the first Indigenous woman to compete on the Olympic women’s hockey team. As one of nine rookies on the defending gold medal team, she is proud to represent her community and be the role model to young athletes that she never had growing up. 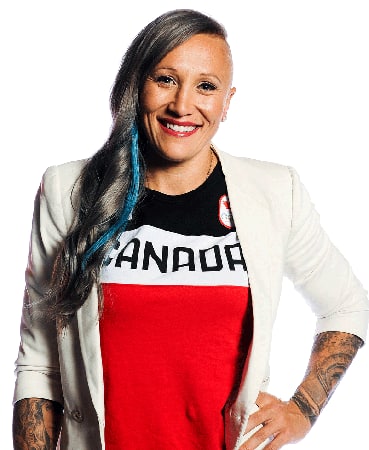 Still not satisfied, she then broke barriers within her sport by competing as the first female pilot of a 4-man bobsled World Cup race in the 2014-2015 season. But now she’s setting her sights on her crowning accomplishment, a third gold medal and an even more prestigious spot in Canada’s Olympics record books. 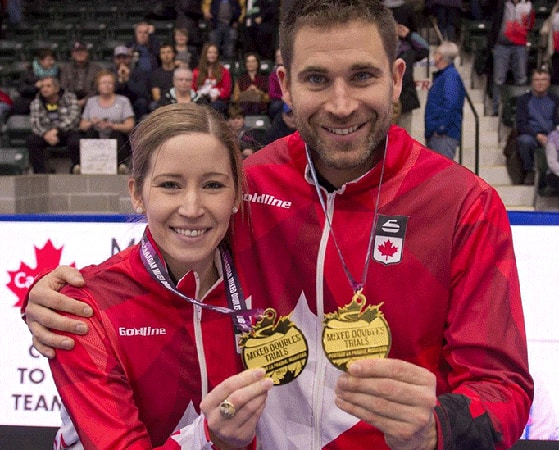 A new Olympic event is always fun to watch, but Mixed Doubles Curling does something truly unique – it doesn’t separate competitors by gender. Instead, it crosses the divide and requires teams comprised of one man and one woman.

Canada’s representative pair in the event’s Olympic debut is comprised of Kaitlyn Lawes and John Morris, both former gold medalists in team curling events. Impressively, the pair practiced together for only 30 minutes before competing in Olympic qualifying trials in January. However, their instant chemistry ultimately won them the honour to compete for Canada in this exciting new event. Four years ago, every Canadian hockey fan nationwide drew a collective sigh of relief as Marie-Philip Poulin scored not just the tying goal in a thrilling comeback against the American team, but also the overtime winner eight minutes later.

Poulin, or “Captain Clutch” as she is known by teammates, will be seeking to lead her team to Canada’s fifth straight gold medal in women’s hockey. Those disappointed by the absence of NHL players in the men’s tournament should be reminded that with Poulin, they can still watch a hockey legend-in-the-making. 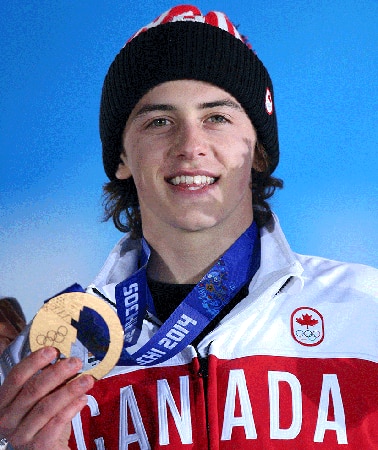 "I hit a tree in the Whistler backcountry a week ago and to be honest I was pretty sure I was going to die..." he wrote in a post from April of last year. The tragic accident left the young athlete in critical condition at Vancouver General Hospital.

But less than a year later, he is currently coming off an impressive bronze medal performance in the 2018 Winter X Games Slopestyle competition and ready to pull off some astounding tricks in both the Slopestyle and the new Big Air event. 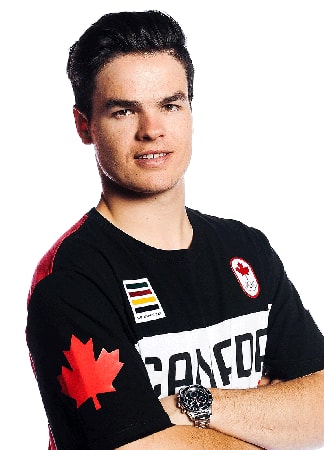 If there's any sure shot at a medal that Canada has in PyeongChang, it is with freestyle skier Mikael Kingsbury.

Kingsbury may be the most accomplished male Moguls skier in history. Coming into PyeongChang, he has won every World Cup event in the last year, 12 straight, setting a world record with 47 career medals. Four years ago, he made a small mistake in his second run that cost him the gold medal, but he is one athlete you won’t want to miss hit the slopes this February. 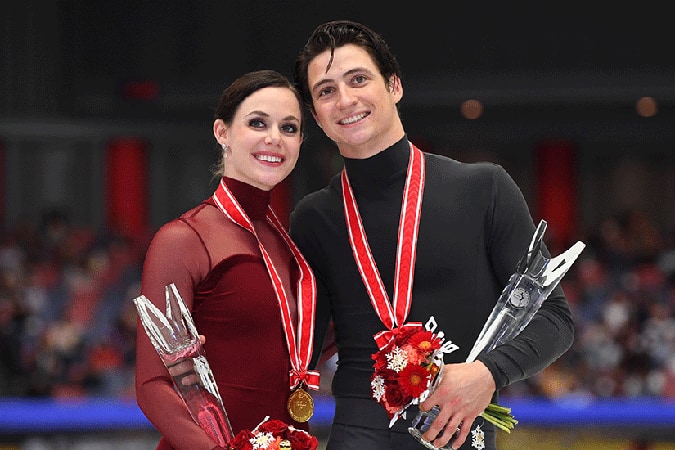 Tessa Virtue and Scott Moir are under pressure in PyeongChang. On Feb 9, they will become the first ever duo to carry the Canadian flag into the opening ceremonies. But the 3-time world champions and Vancouver 2010 gold medalists thrive under this kind of pressure.

Following a disappointing drop on the podium to silver against the Americans Meryl Davis and Charlie White in Sochi, Russia in 2014, Virtue and Moir ultimately decided to hang up their skates. But that retirement was short-lived. The talented duo staged an incredible comeback starting in Fall 2016. All for one goal – redemption and a second Olympic gold.

From alpine skiing to luge to curling to the biathlon, there are countless events at the PyeongChang 2018 Winter Olympics we're dying to watch. Here, we put together the complete schedule in Eastern Standard Time, so that you won't miss a single event.

9 Canadian Olympians you need to know about