Our Beauty Director travels to the remote island of Mauritius on her honeymoon and tries what’s claimed to be “the worlds best facial,” by A-list celebrities and industry insiders. Does it live up the the hype?

Having spent over a decade working as a beauty editor I know I thing or two on the topic. Part—one of the best parts—of the gig is testing a myriad of beauty products and treatments but there’s one brand that's consistently created excitement amongst insiders while still staying relatively secretive and that’s Biologique Recherche. Despite the hype, the French brand is shrouded in mystery. One of the main reasons is it’s notably hard to find. Globally, the brand is very selective on who and where the products are sold, with a strict no online retail policy.

So, when I learned that The One & Only Le Saint Géran’s newly renovated spa housed Biologique Recherche and that I was going to experience its signature facial, I was on cloud nine. I also knew immediately that this wasn’t your average resort spa because to carry such an exclusive line meant it needed to have a certain level of luxury in its design and talent and education implemented in its staff. 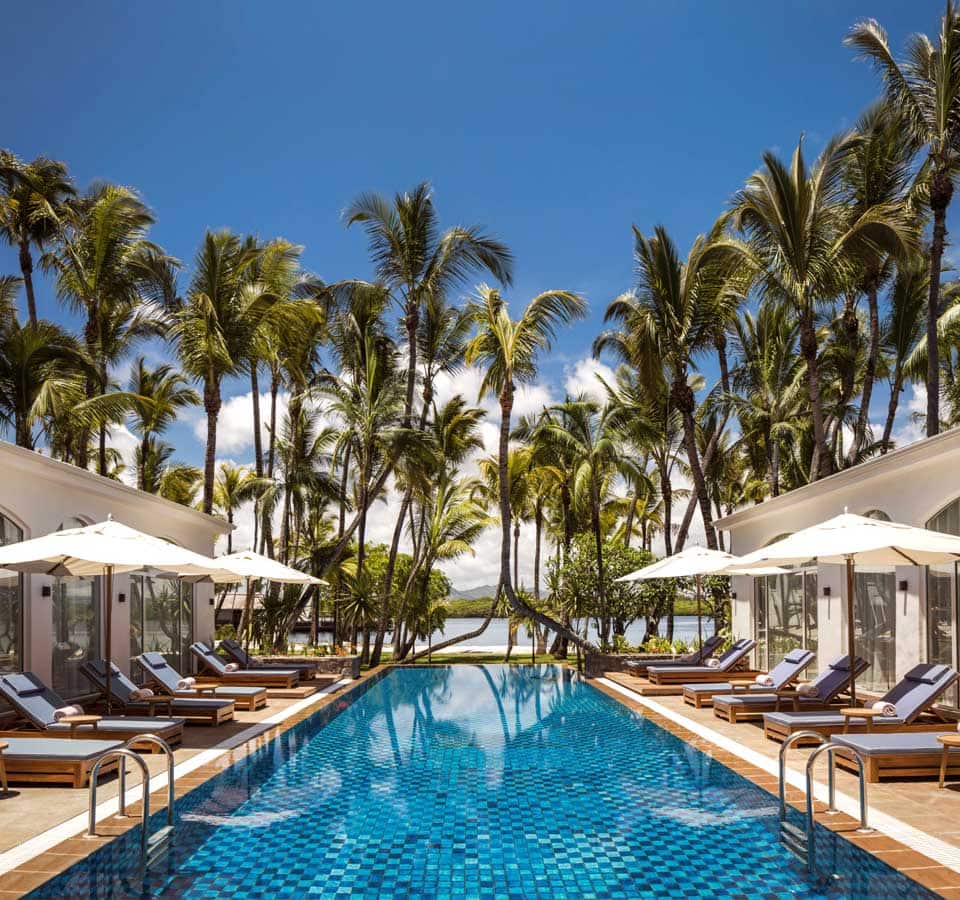 Courtesy One & Only Le Saint Géran

In December 2017 the spa and entire resort went through a multimillion-dollar upgrade. I’m talking mega upgrade! Now the spa spans an impressive 1,000 square meters complete with hair salon, steam rooms, saunas and 13 new treatment rooms which have views of the Indian Ocean, lap pool and lush tropical gardens peppered with my favourite flowers: frangipani. The beautiful white and yellow tropical bloom also makes an appearance inside the spa, nestled into the chic coifs of the experienced aestheticians and therapists at the spa.

After 22 hours of recycled air courtesy of my flight to get to Mauritius from Toronto (with many stops along the way) my skin was in a wee bit of a state when I arrived for my treatment. First things first, a skin analysis courtesy of Biologique Recherche’s Skin Instant Lab. This included four probes connected to a computer.  Each one was applied to different areas of my face to determine my hydration levels, skin elastically, oiliness and pigmentation. Surprise, surprise, my skin was severely dehydrated with a side of sun damage. Based on this diagnoses my skin therapist started to plan out my bespoke 90 treatment.

I was whisked away to my private treatment room facing a lush lagoon, in a word, it was tranquil. Then, I was cocooned in a lightweight comforter that rested on top of a heated bed which I thought might be overkill, considering it was a balmy 28 degrees outside. However, my therapist told me that the reason I was being turned into a chic human burrito—not exactly in those words—was because this facial was going to be different than others I’ve experienced.

What did she mean? Well, first things first this treatment uses no hot water. Why? All the products are cold formulated to preserve the efficacy of the ingredients. As for the treatment portion, hot water can strip your skin of important oils, but cold water gives you a healthy glow by causing the blood vessels to contract and then dilate, which improves the oxygen and nutrient supply to the skin’s surface. It also helps regulate your blood circulation and reduces redness.

Another aspect of the facial that I immediately noticed that set it apart from others is the smell. A lot of the products smell. Not good. Kind of bad. Ok, they stink. The line uses yeast, vinegar and other potent actives. Why not mask the scent? It’s against BR's beliefs to add artificial fragrance, it also lowers the risk of allergic reaction.  To be honest, it wasn't a big deal. Hey, I’ll put up with a funky smell if it will bestow my skin with rejuvenating results but it might be a deal breaker for those looking for more of an "experience" and less of a target treatment.

The final thing that makes it different is how the skin therapist works on one side of your face for half of the treatment which consists of intense (but very pleasant feeling) massage techniques including pinching, pulling, holds and short and fast repetitive movements. Halfway through the treatment I was handed a mirror to reveal the right side of my face which was lifted, plump and radiant while the left side looked dull and droopy. I kid you not, it looked like I had a minor stroke.

My bespoke regime included P50 lotion, which is the brand's most famous product that’s a mix of witch-hazel and vinegar. Next, a layered sequence of serums including Amniotique Serum (for hydration) followed by the Masque Vivant which is truly iconic for the brand—and one of the most pungent scents—and the Masque Visolastine. This mask is filled with polyunsaturated fatty acids complex that helps moisturize skin and improve elasticity.

Finally, my therapist picked a number of serums, creams and an SPF to apply post masks and massage. I should mention that these did not have the same kind of smell, in fact, they didn’t really smell like anything at all.

I had this treatment three weeks ago and even with direct sun exposure (I still had another week of vacation on the island), multiple flights, training and running a half marathon in frigid weather conditions back here in Toronto my skin has been good. Like,  really good. Which is unusual for me because results of a facial usual only last a few days on my mug.

But the question remains, was it the best I’ve ever had? I think it might have been, it certainly was in the top three best facials I’ve ever received. And the fact that it was in such a breathtaking gorgeous spa at the One & Only Le Saint Géran in the magical country of Mauritius might just put it over the edge.

I’m afraid this whole review is going to come off as insincere because it’s such a glowing one. But in all my years in beauty it was different, enjoyable (despite the smells) and results-oriented. My skin was hydrated, plumper, my pores looked tighter and I had that glow effect for days on end. In fact, I didn’t wear any foundation for the rest of the trip. What can I say, I drank the funky BR kool-aide.

We tried it: Microneedling

One editor—who’s game to try anything in the name of beauty—tests out micro needling at North Medical Spa in Toronto. Here’s what she thought.

We Tried It: Biologique Recherche Signature Facial at One & Only Le Saint Géran in Mauritius