Pair red carpet veterans such as Amy Adams and Emma Stone with fashion’s newest “it girl", Ruth Negga, and you’ve got yourself a highly entertaining awards season. It all culminates with Hollywood’s biggest night, the Academy Awards, and we’re on pins and needles to see which fabulous gown the Oscar-nominated actresses will wear. Here are some recent runway looks that we would love to see have their own red carpet moment. Amy Adams
Although Adams isn’t nominated for her role in the sci-fi box office smash, Arrival, the movie itself earned eight nominations, including best picture.

Adams almost always strikes all the right notes on the red carpet while favouring Veronica Lake waves and body-conscious gowns in a jewel tone hues.

We think the 42-year-old will go for something a little more subdued because of the lack of a nomination. We’re banking on a black staples column gown, similar to this Armani Privé beauty from the spring/summer collection. 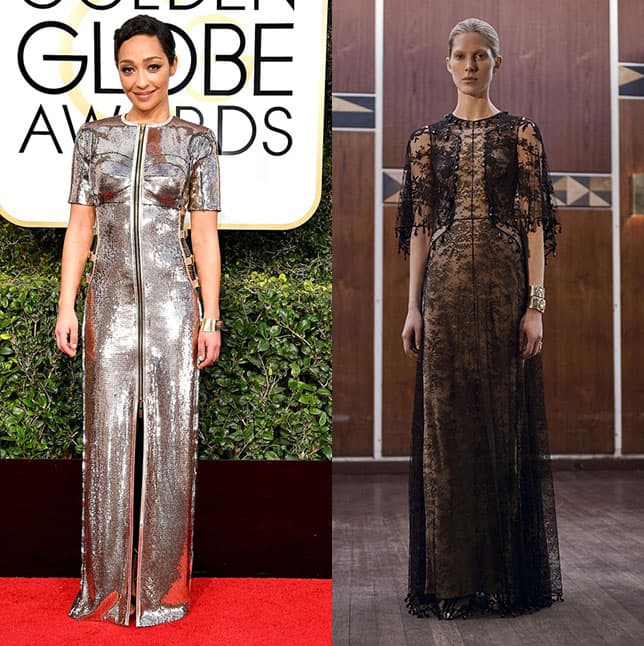 We’re keeping a close eye on the Ethiopian-Irish actress who's been nominated for her portrayal of Mildred Loving in Loving. Negga wowed us all at this year’s Golden Globes when she showed up in a fitted silver sequined Louis Vuitton gown, complete with a gold centre zipper.

Although we haven’t seen a lot of her at big fashion events, from the looks of things she’s a risk taker and she adores a good embellishment such as lace, beading or sequins. We’re thinking she’ll show up in something covered in lace with glittering embellishments, like this gown from Givenchy pre-fall 2017. 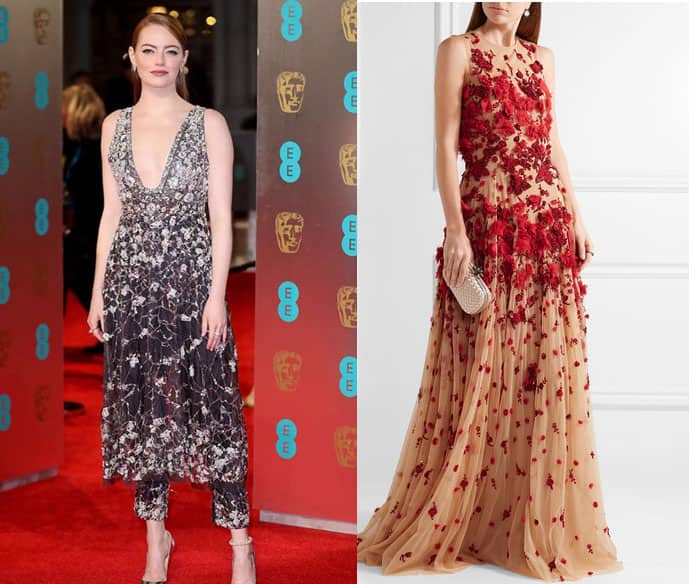 Nominated for best leading role in LaLa Land, Stone is the favourite to take home the little gold man, along with slaying it on the red carpet.

Not only does she always nail it on the big screen, but her gown and hair and makeup selections are always top notch. But the best thing about Stone’s red carpet style is she’s never boring, always shaking up her gown and designer selections. This award season alone we’ve seen her in Chanel, Valentino and Alexander McQueen. We’re feeling a floral vibe with a wee bit of colour and tons of tulle, like this Zuhair Murad gown.

Check out Stone's best red carpet moment over the years. 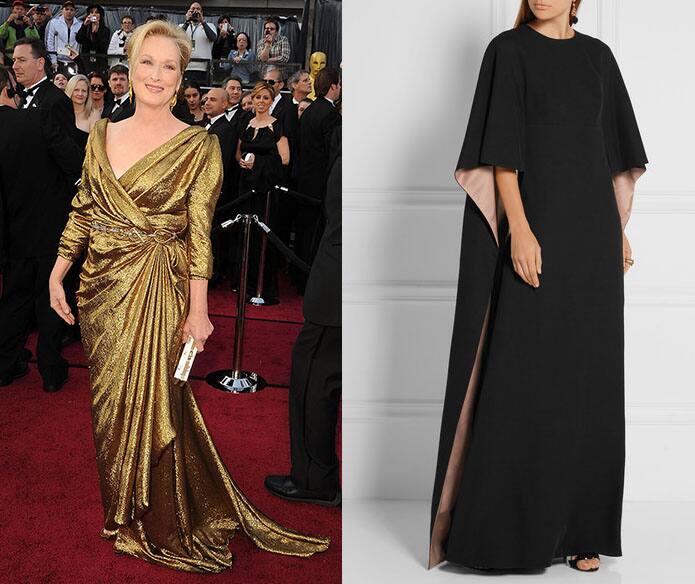 This year Streep became the actor with the most Academy Award nominations ever—her nom for Florence Foster Jenkins bumps it up to 20! Meaning, she broke her own record.

Though Streep is much more known for her acting chops than her red carpet moments, she’s always true to her own esthetic. She's been spotted wearing Givenchy at the last few red carpet events, but we think she’ll try something else, something dramatic and simple, like this cape-back silky gown from Valentino. 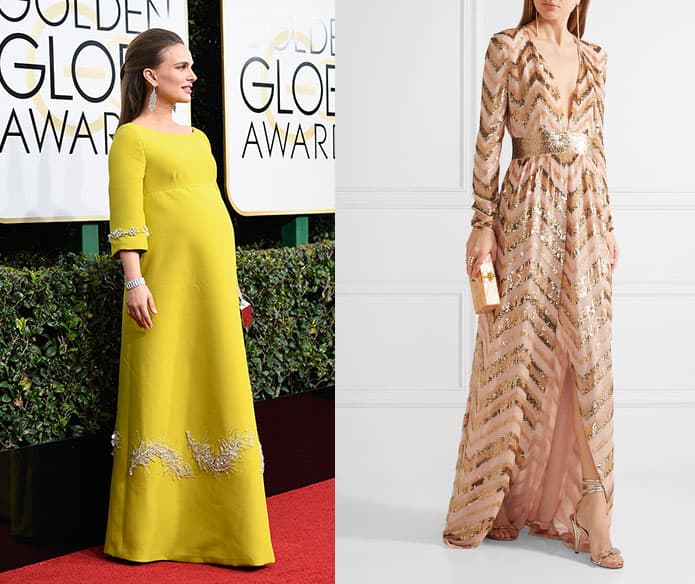 From architectural masterpieces to classic old Hollywood glamour, the Academy Award winner and nominated (this year for Jackie) star has had some stand-out red carpet moments.

At the Golden Globes this year the expectant mom breezed onto the red carpet in a vintage-esque sunny Prada gown. Portman channelled Kennedy Onassis with a modern take on the former first lady’s iconic bouffant, classic makeup and wore a dress similar to a yellow frock that she once wore to the Metropolitan Opera House in 1975.

Although she’ll likely be wearing a custom gown because of how far along she is in her pregnancy, we think it will be less saturated and more glittery, something with an empire waist and a centred slit, like this sequinned-embellished georgette Zuhair Murad gown. 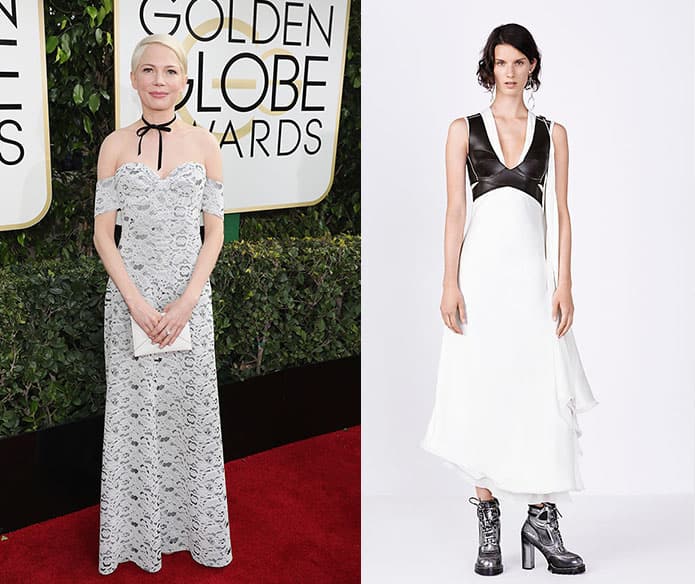 Williams, who is nominated for best-supporting actress for her role in Manchester by the Sea has been owning the red carpet all season long. She’s the current celeb spokesperson for Louis Vuitton so we know she’ll likely be clad in one of the French fashion houses gowns.