Let’s take a look at the last 12 months in fashion.

2016 has seen the tragic loss of some of fashion's best and there's been so much hiring and firing that it's read like a fashion musical chairs. We remember the year’s standout moments, for better and worse.

1. Farewell, David Bowie
On January 10th, music legend and fashion icon, David Bowie, died at age 69 after a hard fought battle with cancer. The style maverick’s boundary-pushing get-ups will go down in history and will surely continue to inspire the fashion community for years to come. 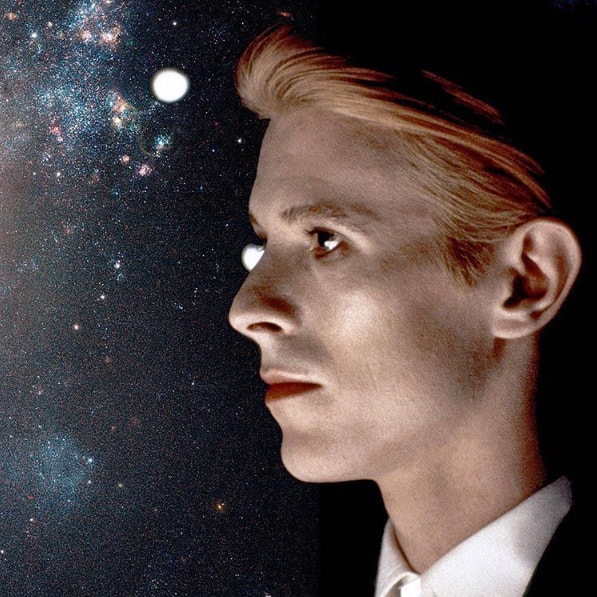 2. Kate Middleton wearing the famed Cambridge Lover’s Knot Tiara
The Duchess of Cambridge waited until the last minute, December 8th to be exact, to bestow one of her greatest fashion moments to date. At a diplomatic event at Buckingham Palace, she wore a bright red cap-sleeved Jenny Packham dress with a red clutch, pearl earrings and the pièce de résistance, the Cambridge Lover’s Knot Tiara. Although this wasn’t the first time she wore it (she first wore it in 2015) it was the best way she wore it. This stunning headpiece was commissioned in 1913 by the ultimate magpie, Queen Mary. The tiara features swinging pearls that hang from 19 diamond arches, serious bling. Diana, Princess of Wales, made the tiara famous when she wore it on her wedding day, along with many other occasions.

3. Dolce & Gabbana debuts Hijabs
In January of 2016, the Italian fashion house of Dolce & Gabbana started to offer a line of hijab and abayas which featured their signature mashup of flowers and fruit, daisies and lemons to be exact, along with solid colours and laces. They led the charge for brands (both luxury and mass-market) catering and responding to the lucrative muslin market. 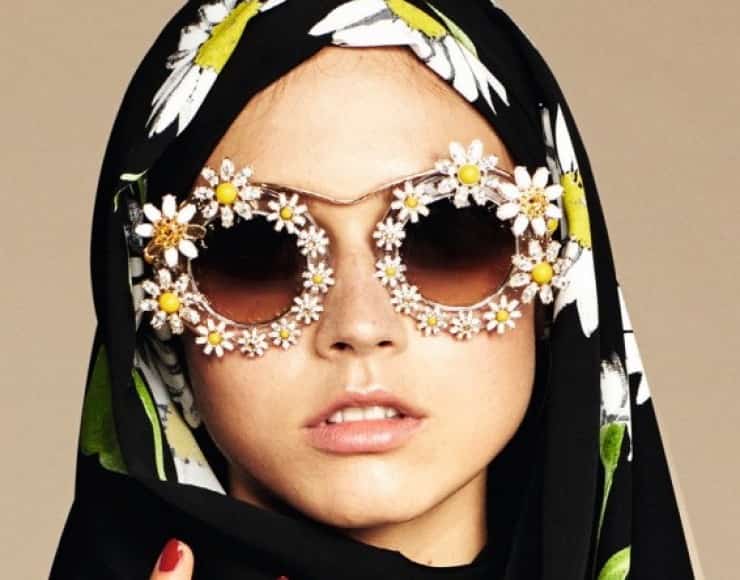 4. Sophie Grégoire Trudeau representing Canadian Design on the national stage
Without a doubt the biggest champion of Canadian designers in 2016 has got to been Sophie Grégoire Trudeau. From formal galas in Europe to the oval office, Grégoire-Trudeau makes a distinctly Canadian sartorial mark at every public appearance. Some of our favourite looks of the year were the Aleks Susak silk jumpsuit at Vancouver’s pride parade, a magenta lace Lucian Matis gown at the state dinner and a beautiful floral Tanya Taylor button up dress at the Toronto Stock Exchange.

5. North West, the youngest, and best street style star of 2016
From tutus and timberlands to faux fur leopard coats and Dr. Martens, chances are North West is chicer than you. Real talk: she's chicer than us all. Of course the budding style star is getting help from her fashion obsessed parents (Kim Kardashian West and Kanye West), but she manages to make everything look super stylish and totally effortless. 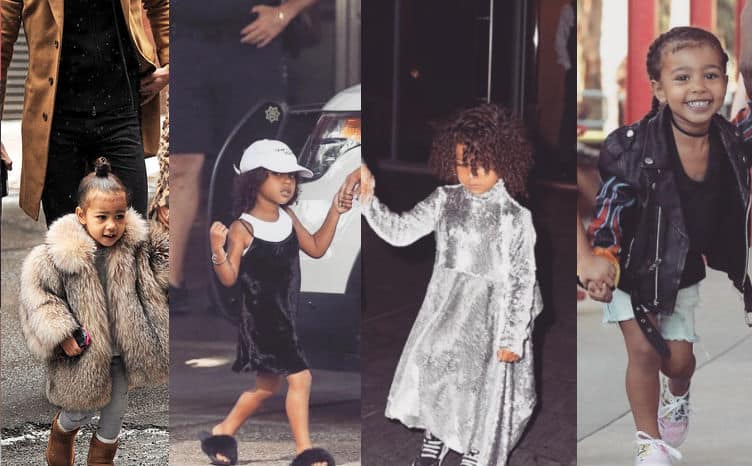 6. Bidding farewell to a legend, Bill Cunningham
The creative, friendly, ernest and irreplaceable man who’s credited with inventing street style photography passed away this summer. The 87-year-old icon rode his bike around NYC in his signature blue jacket and attended fashion weeks right up until his death. The fashion world won’t be the same without the wonderful Mr. Cunningham. 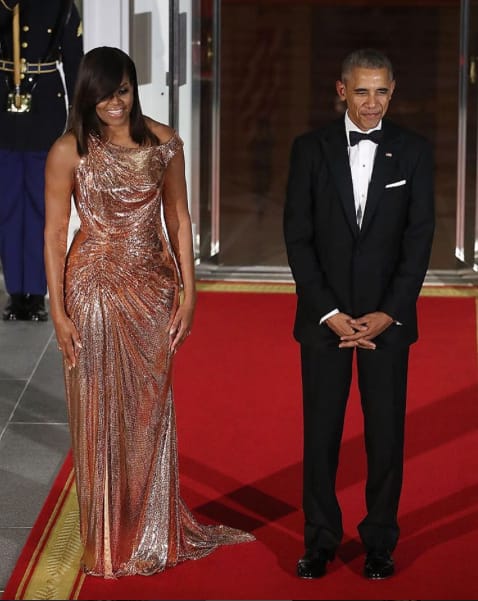 8. The biggest breakup in fashion: Valentino
Though their relationship wasn’t romantic, the fashion world mourned the breakup of Valentino’s dream team of creative directors, Pierpaolo Piccioli and Maria Grazia Chiuri. Chiuri has been half of the creative helm at the Italian fashion house since 2008. This year she moved on to become Dior’s very first female artistic director, with Piccioli remaining at Valentino solo. Good news though, during the September shows both fashion houses received glowing reviews and the two are on good terms.

9. The return of lapel pins
This throwback accessory trend hit it big for 2016 and although these wee metal and enamel pins are smaller than a toonie they pay off in a serious sartorial punch. It’s the perfect accessory to add some flair to your jean jacket while telling strangers a little bit about yourself—without having to open your mouth. Hundreds of small companies cropping up and selling little works of art—some grounded in pop culture and others original art. 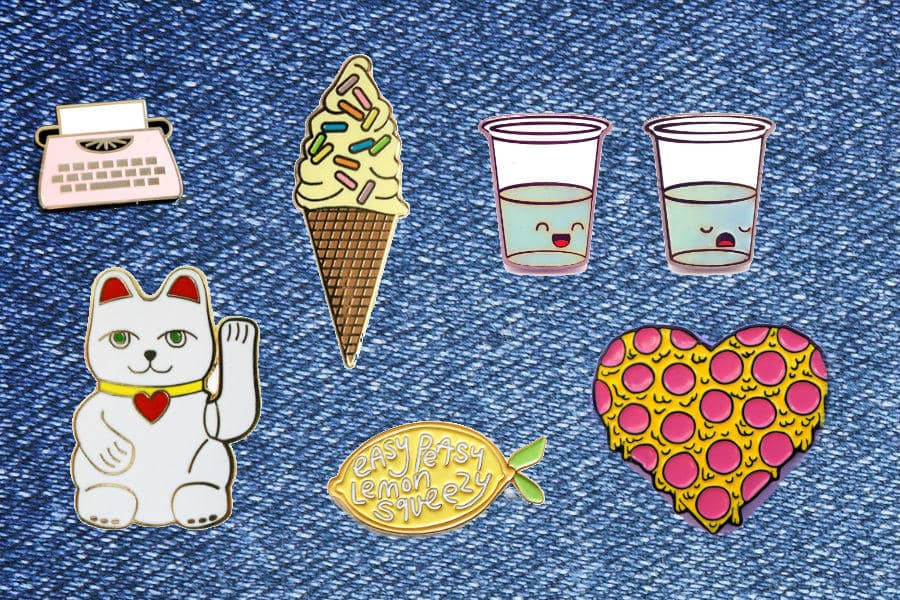 10. Merch mania sweeps fashion fanatics
Sure, concerts are still a hot ticket, but not the hottest. Instead it’s the products that performers, such as Kanye West, Drake, The Weeknd and Justin Bieber, are shilling. Concert style merchandise ranging from t-shirts, sweatshirts, bomber jackets and baseball hats with the artist latest albums artwork are blowing up—and selling out fast.

Check out our picks for best beauty moments of 2016.

The best, most exciting and surprising fashion moments of 2016