The future of food is brighter thanks to the hard work of these three inspiring Canadian women.

Over the past few years, there has been a great effort to increase awareness of (and give long-overdue credit to) female chefs. But outside of the restaurant world, there are women whose work in food helps nudge our country—and, at times, the world—toward justice, inclusion and sustainability. Through their efforts, we have an agricultural future that's more resistant to the effects of climate change, northern communities who are able to grow fresh produce in sub-zero temperatures and a social and economic model to help newcomers build a new life in their adopted countries. Here's a closer look at three Canadian women changing the food world today.

Jane Rabinowicz: preserving the world's biodiversity one seed at a time 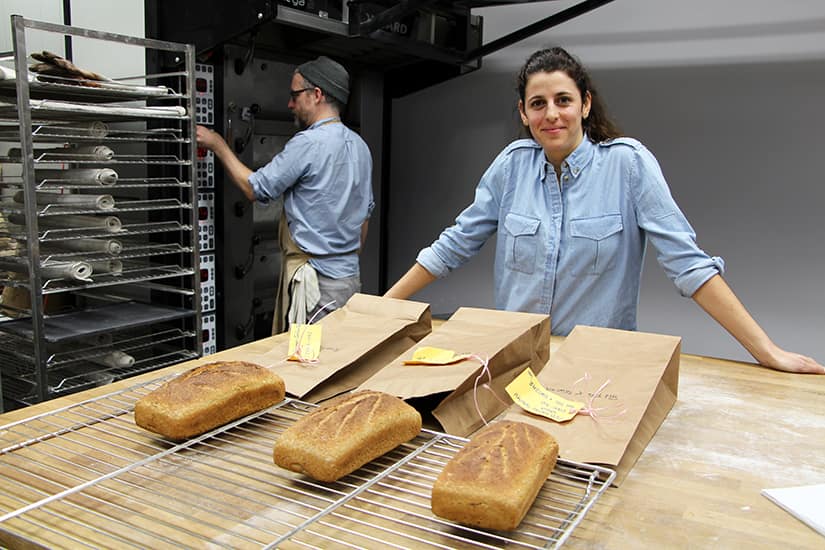 Ireland's Great Potato Famine in the mid-1840s might seem like a problem of times past, but for Jane Rabinowicz, Executive Director of USC Canada, our concern with food availability should be higher now than ever. "Food around the world is becoming more uniform and more vulnerable to the stress of climate change," says Rabinowicz. In the past century, 75% of global farmed plant diversity has disappeared as a direct result of the consolidation of global agriculture around a small handful of crops (including corn soy, and wheat). This can mean big problems, particularly with the increasingly high prevalence of natural disasters as a result of climate change.

"When you don't have seed [diversity], your food security is vulnerable," says Rabinowicz. "Traits like a plant's ability to survive an early frost, withstand heavy rains or drought, or resist a particular pest or disease only appear when the plant experiences that stress. Diversity in a field means lots of crops and crop varieties, and this means we know we'll have a harvest, even when weather becomes more unpredictable. We need to save seed diversity, and keep seeds in farmers' hands so they have the tools to adapt."

This is where USC Canada steps in. The organization works with over 35 thousand farmers, both in Canada and internationally, to preserve the environment and enhance biodiversity in order to maintain a robust and resilient food system in the face of climate change and to provide an abundance of nutritious food.

What's more, they have plans to launch a program in 2019 called Women Seed Change, which aims to highlight women's leadership in making our food system more healthy, sustainable and just. "The women are already breaking barriers and leading the way," says Rabinowicz. "It is our job to support them in ways they define, spread the word about the work they are doing." 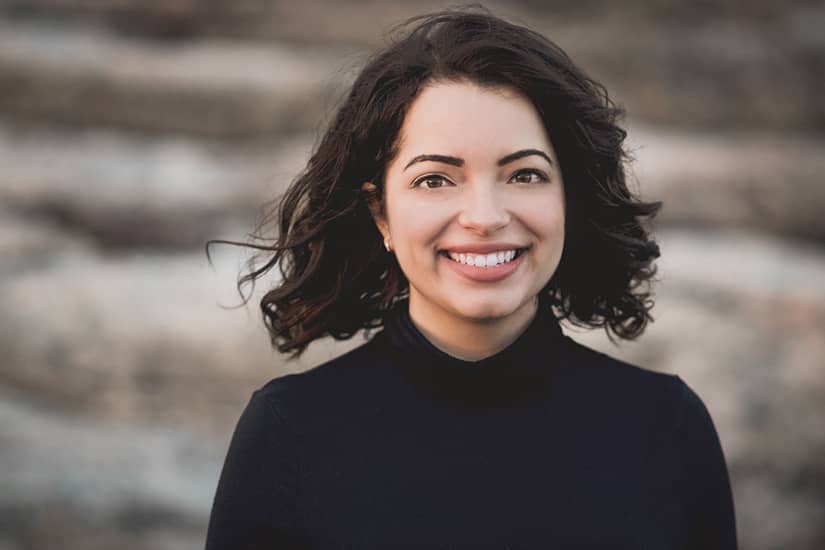 It's no easy feat to grow fresh produce in northern Canada; temperatures regularly drop below -30°C, so fruits and vegetables tend to be shipped in rather than grown locally—with prohibitive price markups to cover the cost of transport. As a result, our northern communities have some of the highest rates of food insecurity (defined as the state of being without reliable access to a sufficient quantity of affordable, nutritious food) in the country. In Nunavut, for example, 46.8% of households report being food insecure, compared to a 7%. national average.

The disparity between the national narrative of plenty and the harsh realities of northern communities growing hungry is what spurred Stefany Nieto, the co-founder and Executive Director of Growing North, into action. "I was shocked by the fact that I, an immigrant, was able to escape these types of realities [from native Venezuela], yet Canadian born individuals were struggling to feed their families," Nieto said.

In 2013, she (along with her co-founder, Benjamin Canning) decided to create a social initiative to bring greenhouse technology to Northern communities. The Growing Dome® greenhouses would eventually enable the community members to grow fresh food for themselves, despite the harsh local climate. Their Growing Dome can withstand up to 7 feet of snow and over 180 km/h wind speeds. What's more, with 4 hours of sunlight, the dome can heat itself to temperatures 30°C warmer than external conditions. Inside the greenhouse, plants are grown vertically rather than horizontally to maximize the space, thereby enabling the production of almost 20 thousand pounds of arctic-grown produce.

Since Growing North's inception, Nieto and her team have managed to install three greenhouse domes in Nunavut (one in the Naujaat community and two in the Arviat one). They've expanded their scope to include educational programming as well, starting with a co-op program teaching high-school-aged students how to manage the greenhouse in exchange for course credits and also providing health and nutrition programming for young and expectant mothers. 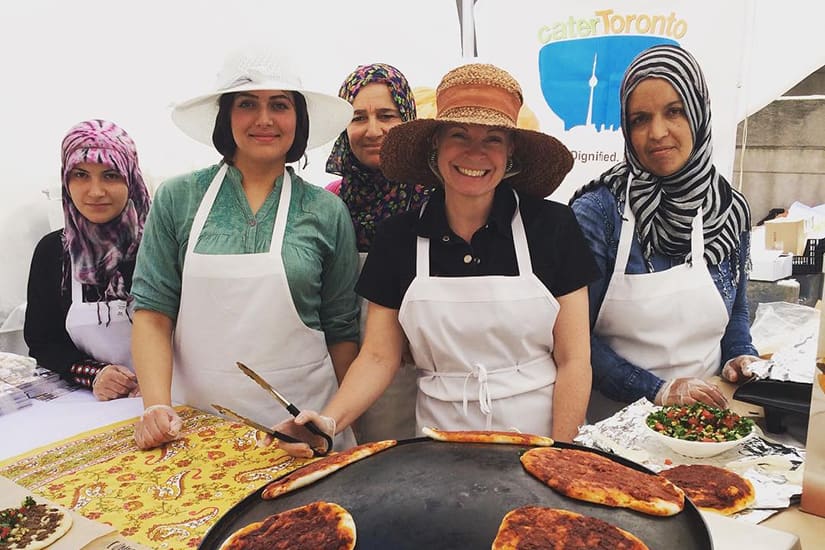 The Depanneur in Toronto serves as a local food and innovation hub, a self-described "place where interesting food things happen." But in 2016, when The Dep opened up its kitchen for women from the newly-landed Syrian refugee community to use the space to cook a meal for themselves and others, a little bit of magic happened. Cara Benjamin-Pace, who had helped organize the event, took stock of the obvious joy of the women cooking around her and became determined to recreate it in the future.

Thus, Newcomer Kitchen was born. Benjamin-Pace, now Executive Director of the organization, teamed up with The Depanneur's owner, Len Senater, and Syrian community members Rahaf and Esmaeel Alakbani to transform the dinners into a social enterprise. It quickly developed into a weekly pop-up affair, with a rotating collective of cooks who take turns cooking and selling multi-course, prix fixe dinners for the city at large. In subsequent years, Newcomer Kitchen's opportunities expanded into event catering, cooking classes for elementary students and corporate workshops. Members also worked with the relief organization Global Medic to develop appropriate relief food packs to distribute in Syria.

Greater still is the example that Newcomer Kitchen can offer the world in regards to the value of welcoming newcomer talent and using food as not only an economic opportunity but also a way to provide people with meaningful work and to act as a bridge between cultures. Unlike the principles driving most businesses and organizations, Benjamin-Pace says Newcomer Kitchen is founded on the idea of "an underlying commitment to each others' people."

One of the benefits of working for an initiative created for women and led by women is the flexibility—the determination, even—to re-evaluate the model that perceives individuals only in terms of their productivity and use to an organization. "Wouldn't it be nice if we could think about how we [might] design our work around ourselves and our needs and the way we like to work?" says Benjamin-Pace. She stresses the importance of creating an organization that has a responsibility to work for the people who serve it and to see it "as the platform for the individuals in that organization to continue to grow and expand their horizons. It's important to understand each individual's dream within, [but also] outside the organization."

In the coming year, Newcomer Kitchen will be expanding into its own dedicated commercial kitchen space, with many more plans on the horizon, including an expansion of their social enterprise model into the US, pairing with the Tent Partnership for Refugees organization.

Benjamin-Pace's message about future growth is clear: "An organization that supports newcomers is a great story, but it can also be a tremendous economic engine, and I think, ultimately, that's what Canada—and the world—needs to hear."

From Icelandic skyr to Instant Pot suppers, here’s a glimpse at how we'll be cooking.