Over the past week, as the world’s best athletes meet in Brazil to compete for Olympic gold, one story has been dominating international media: sexism in sports. But it hasn't hurt the performance of Canada's female athletes.

When American swimmer Katie Ledecky broke the world record in the 400-meter freestyle, NBC commentator Rowdy Gaines said, “Some people say she swims like a man," a sexist pseudo-compliment that implied men swim better than women.

Upon Corey Cogdell-Unrein's win in trapshooting, The Chicago Tribune posted the headline "Wife of a Bears' lineman wins a bronze medal today in Rio Olympics"—completely ignoring her accomplishments in favour of her husband's.

It's disheartening to hear women's accomplishments treated as less important or less impressive than men's, but if there's any good news to be found, it's that sexism is on everyone's radar in a big way. Since the last summer Olympics, Amy Schumer (who talks about sexism on the regular) has exploded in popularity, Hillary Clinton is on the path to become the first female U.S. president and we're getting woman-powered reboots of classic movies like Ghostbusters.

Neither Ledecky or Cogdell-Unrein have commented on these media gaffes (though Twitter certainly did)—maybe because this happens to them, and female athletes in general, all the time. We think Canada's female athletes are responding in the most awesome way, though: by winning almost all of our medals so far. 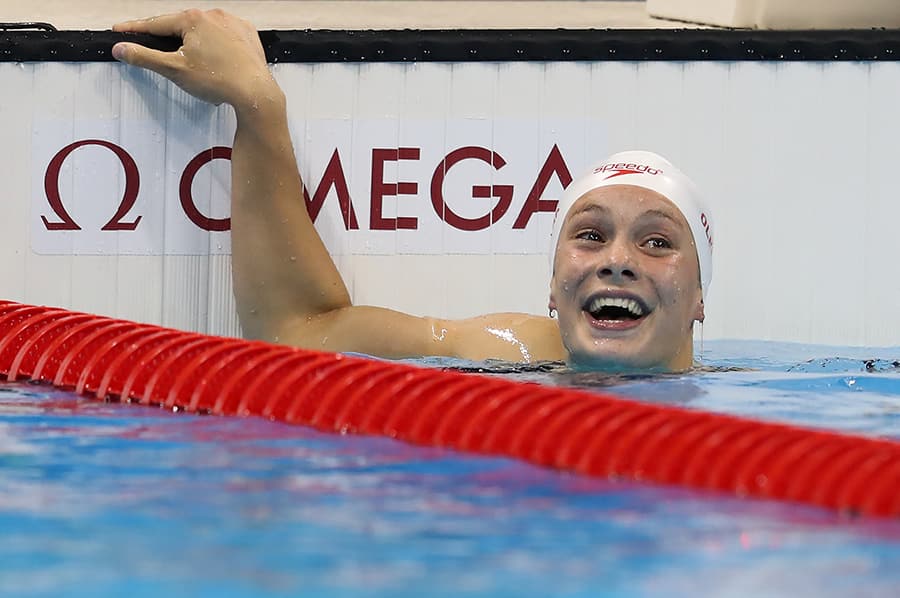 2. 100-metre freestyle, gold: At only 16 years old, Penny Oleksiak became the first Canadian female swimmer to win 4 Olympic medals in the same games! Last night, she won a gold in the 100-metre freestyle, tied with American Simone Manuel. If Oleksiak wins another medal, she will break the legendary Cindy Klassen's historic record as the olympian with the most medals in one year. 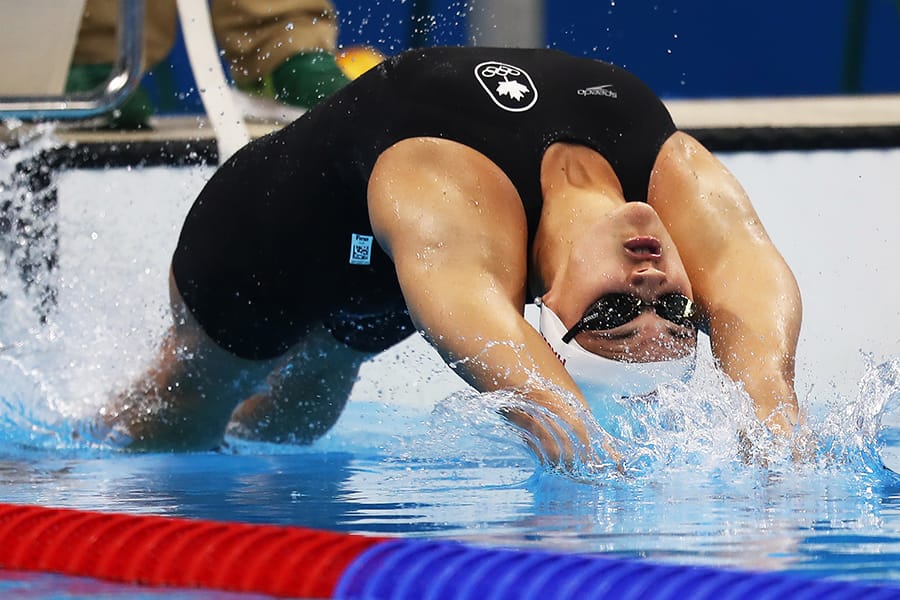 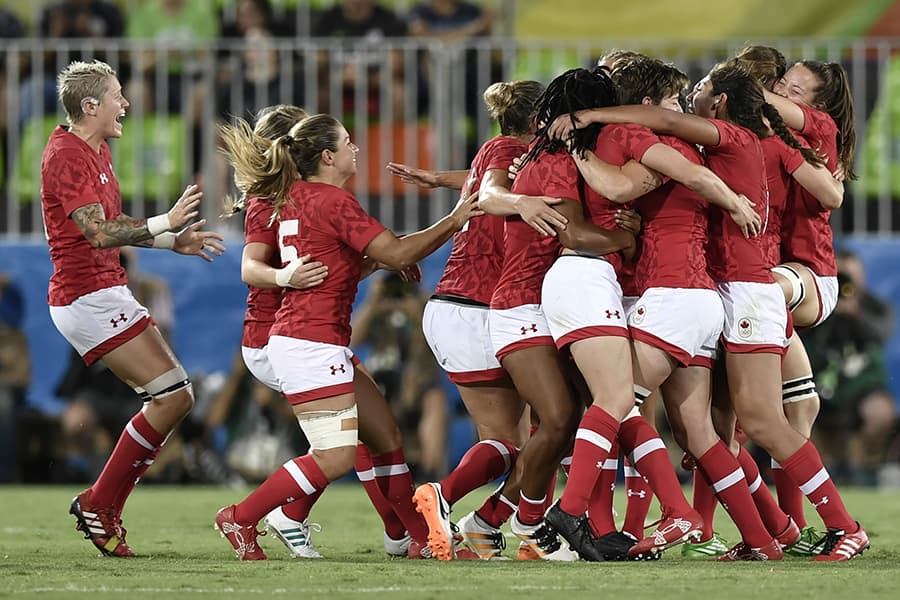 4. Rugby, bronze: This year marks the Olympic debut of women’s rugby, and Team Canada garnered the bronze medal in a 33-10 win against Great Britain. 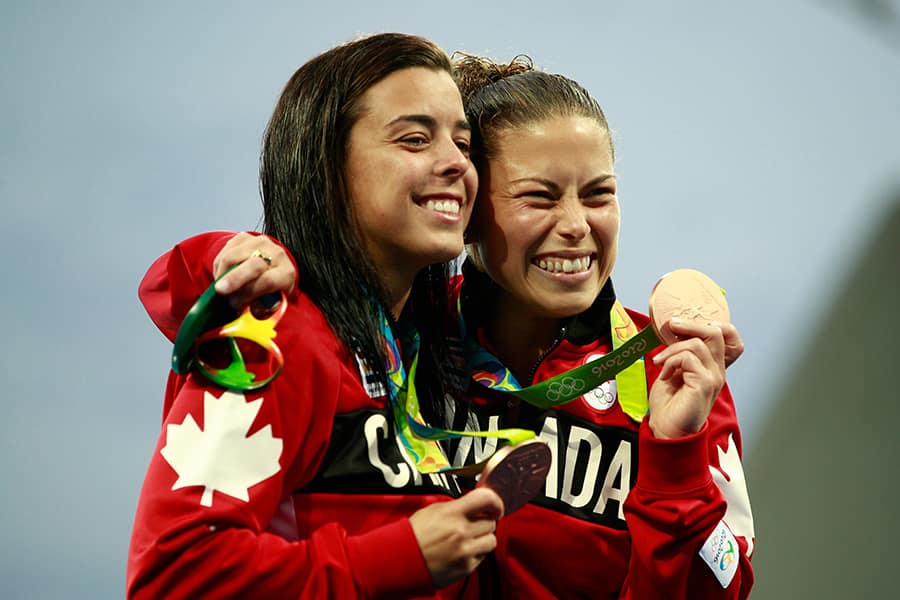 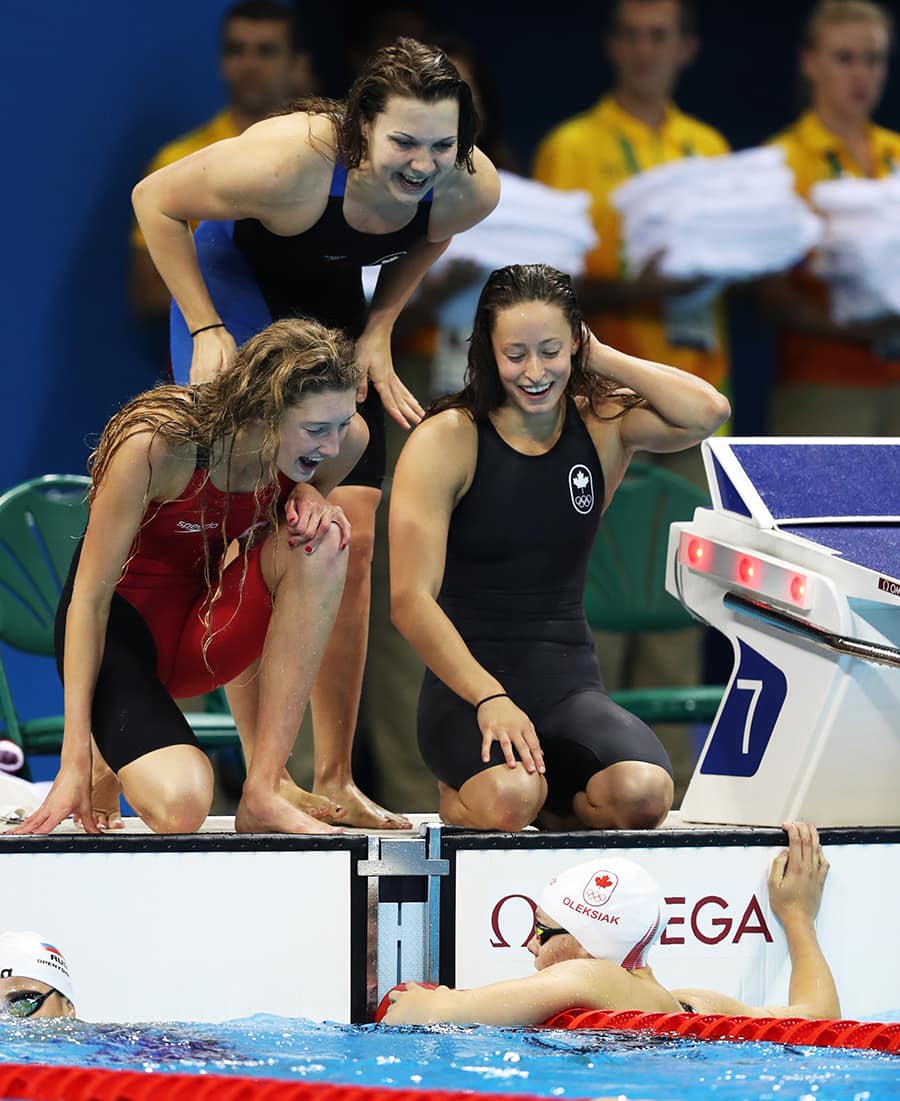 And that’s not even mentioning our women’s soccer team’s historic win over Germany—the first ever—on August 9.

Why it matters that Canadian women are kicking butt at Rio