I Am A Truck by Michelle Winters

“The Silverado was reported sitting next to the highway with the driver-side door open just eight hours after Agathe had kissed Réjean on the front step of their cottage and sent him off fishing in the rain with a Thermos will of coffee, four sandwiches au bologne, and a dozen date squares.” So begins Michelle Winters’ offbeat novel, which is set in rural Acadia where Agathe Lapointe (and her husband’s Chevy dealer) grieves over the loss of Réjean.

The francophone couple lived a relatively secluded existence, occupying a cottage in the woods of an English-speaking town and gradually retreating from society. “Il n’ya que nous,” they would say to each other, “it is only us.” Following Réjean’s disappearance, Agathe fills his literally enormous void by caressing the XXXL shirts in the Big and Tall department at a local apparel store, taking a job at an electronics shop and filling out cigarette surveys. The story follows past and present narrative threads in alternating “Then” and “Now” chapters, giving readers a glimpse into the Lapointe’s marriage, as well as the mysterious circumstances surrounding Réjean’s disappearance. We’re also introduced to compelling secondary characters like Martin, a Chevrolet salesman, and Agathe’s rock-and-roll-loving coworker Debbie.

At once charming, funny, bizarre and highly original with a feel-good ending reminiscent of Thelma and Louise’s iconic finale, the book is short—at 149 pages— and driven by mystery, emotion and wholly likeable characters, so you can happily read the entire thing in one sitting.

A: That readers remember those characters for a long, long time. I hope they feel that they are vivid enough that they actually know them.

A: Mine is set in Acadian New Brunswick, English speaking Acadian New Brunswick, with a French-speaking Acadian couple. SO the bilingualism of it... so much of it is about communication and what can go wrong with communicate and what can go wrong when you don't communicate enough. I think that the setting really lends itself to a discussion about the duality of the languages and the difficulty of people interacting with each other. 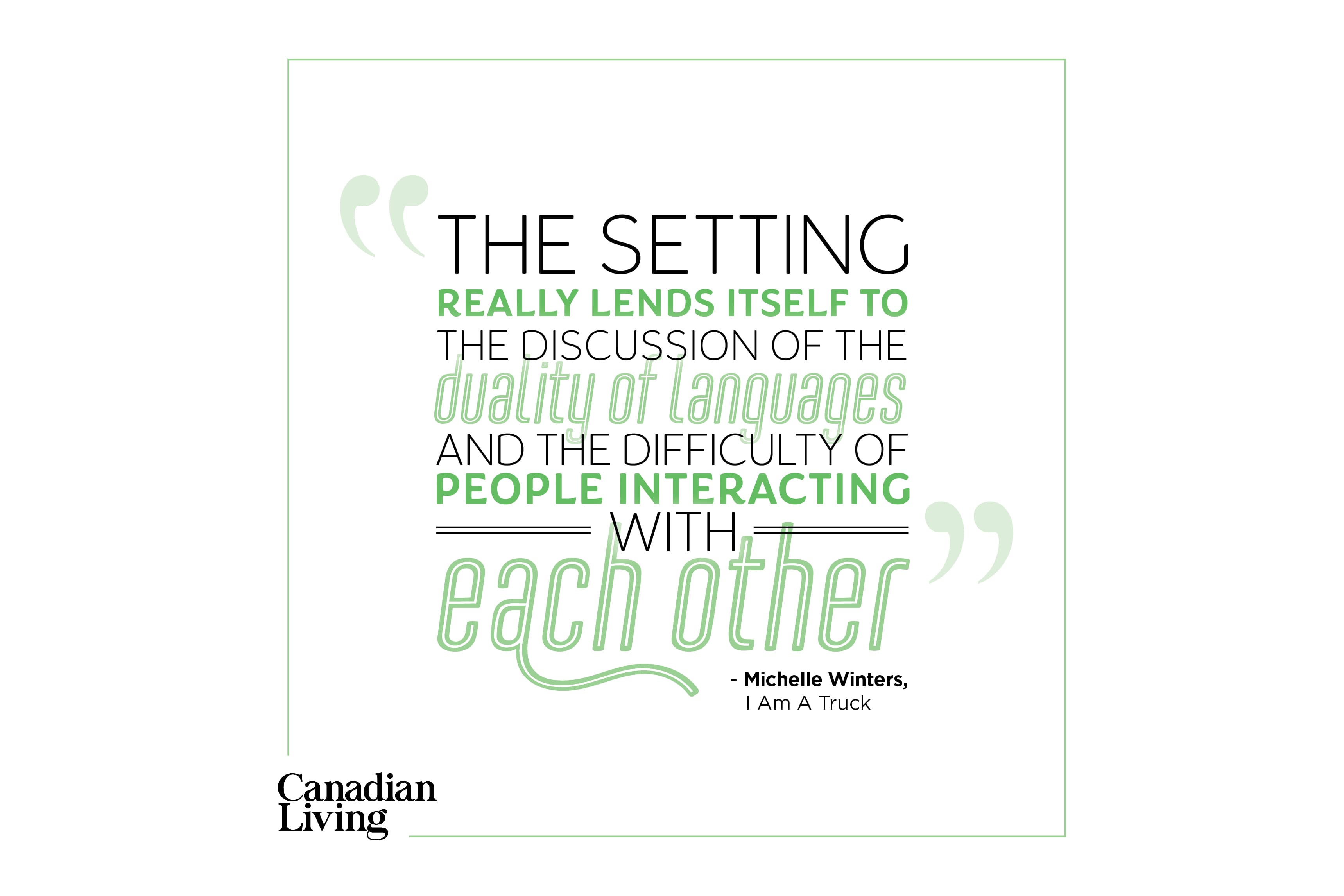 Michelle Winters, author of I Am A Truck

Q: What do you think sets Canadain writers apart?

A: I think that because of the newness of our Canadian identity we're a little more pushed to prove ourselves and to declare ourselves as Canadians in a way that the Russians don't have to do and certainly the Americans.

A: Bear by Marian Engel. I read it not knowing anything and I couldn't believe it.

I Am A Truck (Invisible Publishing) By Michelle Winters, $20, amazon.ca.