Transit is the second installment of Rachel Cusk’s trilogy that began with highly acclaimed Outline (2014). What we know of her narrator, Faye—a successful writer, recently divorced and relocated to London with her two sons—is garnered from her conversations with familiars and strangers.

Transit finds Faye in the midst of a down-to-the-studs renovation of a dilapidated fixer-upper in a gentrified neighbourhood, while her kids are staying with their father. Her engrossing interactions with people—an ex-boyfriend, contractors, real estate agent, other writers, strangers, family—punctuate the narrative and read like short stories bound together by the presence of Faye. In fact, the novel’s structure—weaving in and out of different tales—reminded me of Elizabeth Strout’s Pulitzer-prize winning Olive Kitteridge.

Through these interactions, we learn that Faye is remarkably adept at drawing out people’s vulnerabilities while sharing just enough of herself to carry the conversation forward. It’s clear that she’s a good listener but not so good at heeding advice from others. We, as readers, benefit from her listening, as the conversations form eloquent tightly composed vignettes that propel the story just as any thrilling plot devices would. While Transit can be read as a stand-alone, following along as Faye navigates her post-divorce life is worth seeing through from the beginning to the anticipated finale.

Q: What is the one thing you hope readers walk away with after reading your novel?

A: A profound understanding of themselves.

A: There's a wider setting, which is London. But in fact, much of the book occurs in a house that's being, that the author is attempting to renovate and that's the sort of psychological landscape. 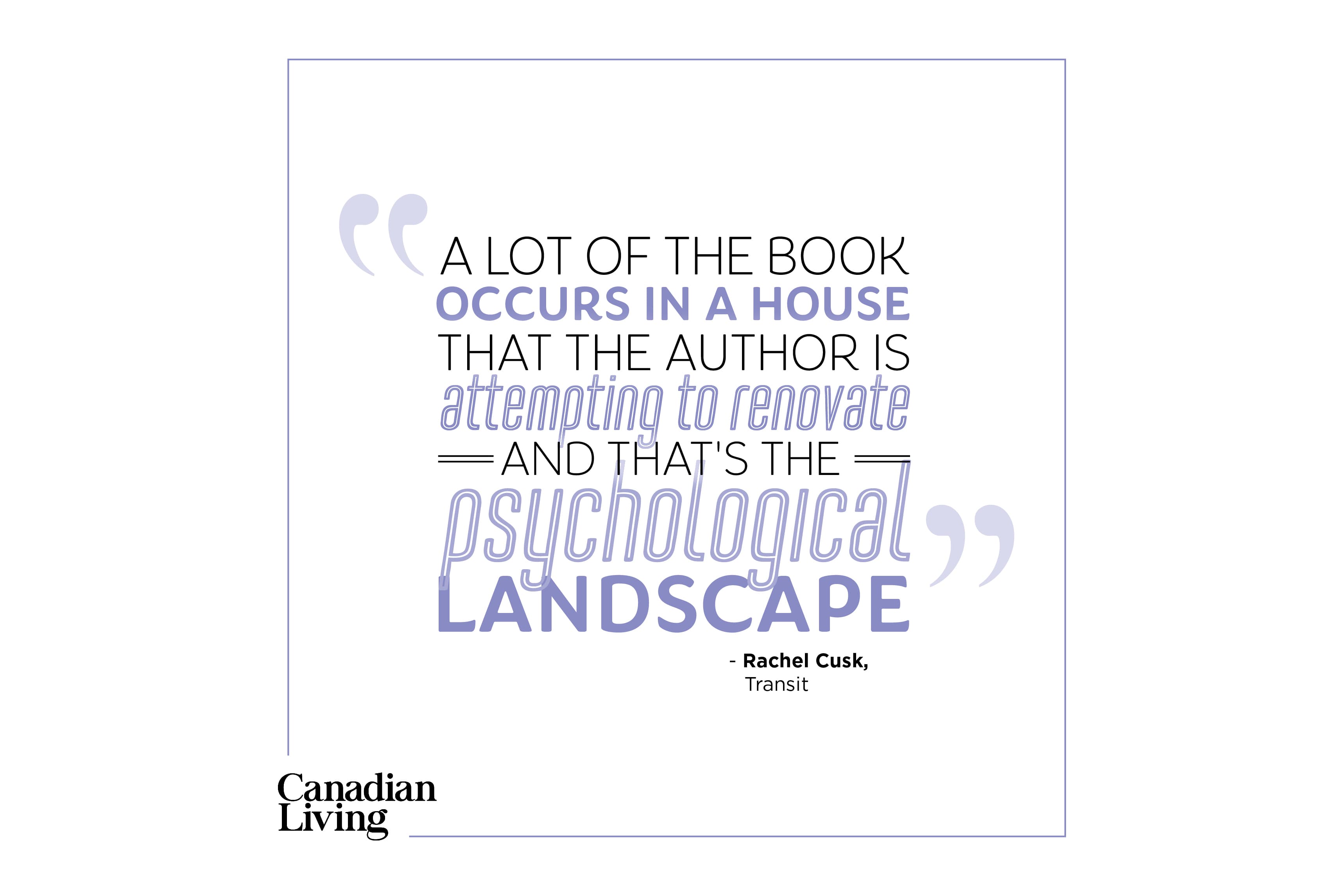 A: I tend to write, I use my own life—not as a story, but I tend to believe in taking material from what's happening. I use everything. So, a lot and not at all.

A: I think the strength of the female voice. I mean, Alice Munro, Margaret Atwood, Sheila Heti, those people are at the top of literary culture everywhere and that's a really amazing characteristic.

A: I'm a longtime reader of Alice Munro and Carol Shields, but I think probably Sheila Heti,  How Should A Personal Be?